The contrast between President Biden’s first address to Congress last Wednesday night and the Republican response delivered by Sen. Tim Scott (R-S.C.) reminded me of another occasion between one long-winded and another profound speaker.

It was 1863 and the nationally known orator Edward Everett was the featured speaker in Gettysburg, Pennsylvania, to commemorate the soldiers who had died during that terrible battle.

Everett’s speech was 1,607 words and lasted two hours. He was followed by President Abraham Lincoln, whose far more famous address, once memorized by schoolchildren as “The Gettysburg Address,” was 275 words and took a mere two minutes.

Everett later wrote Lincoln, praising his brief remarks for their “eloquent simplicity and appropriateness. ... I should be glad, if I could flatter myself that I came as near to the central idea of the occasion, in two hours, as you did in two minutes.”

Biden wasn’t Everett and Scott was no Lincoln, but Scott in his brevity, along with his kind and optimistic spirit, delivered the superior speech.

Biden droned on about expanding the nanny state and offering to take care of everyone except those evil rich people who he claimed, as Democrats always do, are not paying their “fair share.” Neither he, nor any other Democrat, says what they mean by “fair.” There was no suggestion that any government program should be eliminated, or spending reduced.

Not everyone can be critical of another person without making it sound demeaning. Scott criticized Biden’s spending and other proposals without personal attacks (Are you listening Donald Trump?).

He rightly claimed the president had failed to unify the country, as he has repeatedly promised to do. By unity, it appears Biden means everyone has to agree with him.

In the battle of personal stories, Scott had the edge. Biden has been in political office for more than four decades. The question can be fairly asked why he hasn’t done more to solve the problems he claims exist?

Scott spoke openly about his “Christian faith” and even quoted a passage from the Old Testament. Biden and Democrats seem to think of government as a God-substitute.

Scott lamented a closed country and closed schools. He said “millions of kids have lost a year of learning when they could not afford to lose a day. Locking vulnerable kids out of the classroom is locking adults out of their future.” He noted private and religious schools are mostly open and proposed school choice, as a solution.

Most profoundly Scott, who is African American, denied America is a “racist country.” Are there individuals who are racist? Of course, but that doesn’t make the nation racist any more than having criminals among us makes us a criminal nation.

Scott dismantled the president’s infrastructure proposal, noting only 6% of the spending goes to roads, bridges, airports and other traditional projects. Many Democrats now claim infrastructure includes child care and other items on the liberal wish list.

On the porous southern border, which the Biden-Harris administration has addressed only in platitudes, Scott delivered a good one-liner: “Weakening our southern border and creating a crisis is not compassionate.”

Even more than Scott’s dissection of the president’s address was his demeanor. It was positive and upbeat. He didn’t see a glass half full, but one overflowing with possibilities, if we pour in the right policies.

Scott is a natural speaker in contrast to Biden’s often forced and condescending rhetoric. Scott believes in putting people, not government first. While he dazzled many in his address to the virtual Republican National Convention last summer, his response to the president’s speech has likely vaulted him to the top tier of national leadership. The African-American community should especially take notice and follow his lead.

To quote Lincoln from his Second Inaugural Address: “Fondly do we ask; fervently do we pray.”

What is socialism? Is it a system that works? Should America be a socialist nation? These questions are hot topics in today’s America and are …

Something Sen. Joni Ernst said during a press conference last week shook me.

Sen. Lindsay Graham, R-S.C., ecently asserted, “America is not a racist country. Within every society you have bad actors.” More strikingly, h…

As vaccinations ramp up around the United States and people begin to see a glimmer of “normal” in their future, it’s important that we take a …

GUEST COLUMN: The state of our mental health after a pandemic

Friends, the statistics I’m seeing these days are sobering. According to data from the U.S. Census Bureau and the National Center for Health S…

Byron York: No, there is no mandate to remake America

Does President Joe Biden have a mandate to rebuild the United States? To remake American capitalism? To reshape the role of government? The pr…

Dave Nagle: The winds of change in foreign policy

We often look back at events and ask ourselves, “When did that happen?” Even more disturbing may be when the question is asked, “How did we ge…

If there was ever a critical time for fact-based journalism, it surely is now — in the age of the coronavirus.

The state of Virginia, which used to be reliably red and mostly conservative, is providing more evidence of an increasingly blue and liberal hue. 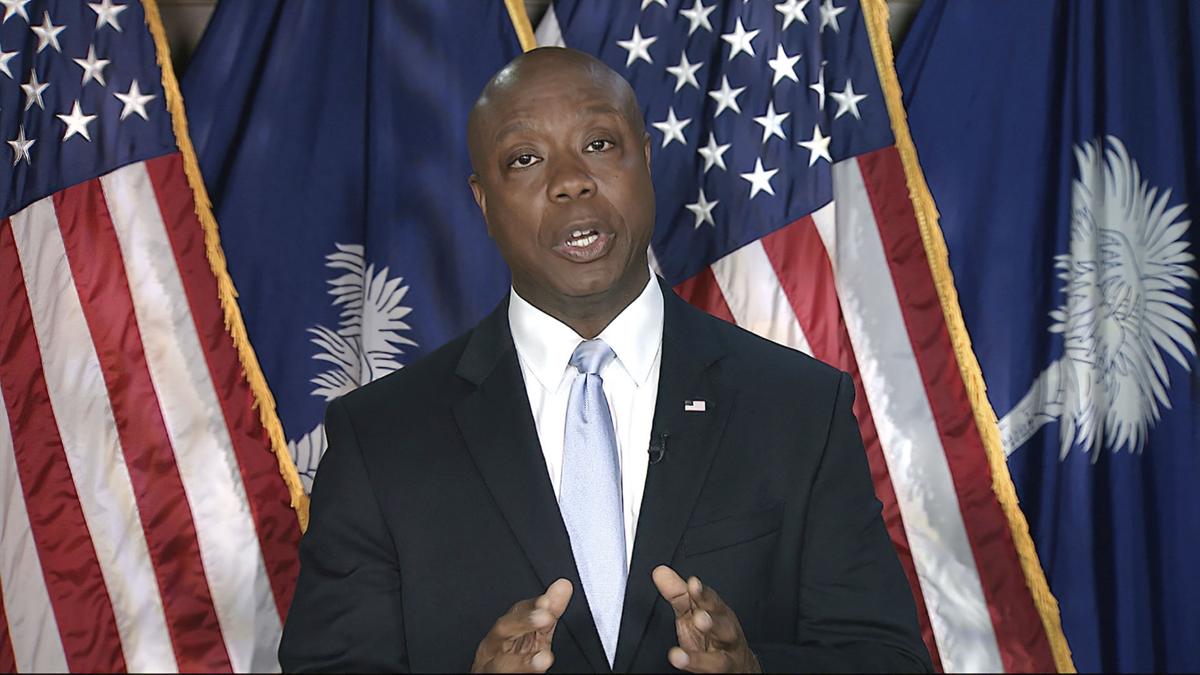 Sen. Tim Scott, R-S.C., delivers the Republican response to President Joe Biden's speech to a joint session of Congress on Wednesday in Washington.