You don’t need to be a vegan to know that livestock and poultry aren’t “harvested,” the squeaky clean verb that’s become fashionable among farm and ranch groups to minimize the end – as in The End – of most animals their members grow.

Now, one market, cattle, is so near death that both the Senate and House Ag committees recently held widely publicized hearings to push ideas on how to resuscitate it. Two plans were showcased. The first “would create a new U.S. Department of Agriculture office to monitor for anti-competitive practices in the meat and poultry industries,” reported the Washington Post April 27.

The second, labeled “The Cattle Price Discovery and Transparency Act,” hopes to establish “minimums for negotiated sales and require clear reporting of marketing contracts to ensure ranchers are getting a fair shake in a highly consolidated cattle market,” it continued.

Either or both ideas may have had merit 20 years ago when it was already evident that major meatpackers were tightening their grip on cattle markets. Today, however, both plans are window dressing from late-to-the-party politicians. Neither will have a nickel’s worth of impact on prices paid by packers for cattle or for altering any “anti-competitive practices in the meat and poultry industries,” says Taylor.

Why? Because, as his readable, 49-page report makes clear, major packers long ago learned how to minimize competition in the live cattle market while maximizing confusion over today’s USDA maze of reporting requirements. The data bears witness to their ever-growing prowess at the expense of both cattle growers and consumers.

Over the last two decades, Taylor writes, “Retail beef prices in constant [deflated] dollars have trended strongly upward… from about $500/cwt [per one hundred pounds] to over $700/cwt… Grocery store profitability has also trended upward, about doubling in the last three decades…”

“Profitability of independent cattle feeding has trended downward… from an average profit of $50/head to an average loss of $50/head.”

Moreover, these “Sustained financial losses for independent feeders likely explain, in part or in whole, the loss of 83,000 feedlots with a thousand or fewer head capacity in 25 years and 48,000 in the last decade” alone.

These feedlots’ get-out-while-you-can math was pretty simple, offers Taylor. The $50-per-head loss they faced in just the past decade alone would have totaled a devastating $1.5 million-per-feeder had they stayed.

Somehow, though, the uber-big feeders escaped similar losses and a similar fate: The number of feedlots with over 50,000 head capacity actually increased from 45 in the late 1990s to 77 today. How?

“Sweetheart deals with large captive feeders”–independent feedlots contractually-tied to one of the big four packers–“may explain, in part or in whole, how they have survived and even (grew) in the last decade… Publicly available data on costs or returns for giant feedlots are not available to address this question.”

If neither Congressional effort holds little to no hope to even partially repair today’s broken cattle market, what might? Taylor offers four “options for further discussion.” All hold some merit, he explains in a May 9 telephone interview, but also, all require a level of government intervention that hasn’t been seen in most ag markets for decades.

“The bottom line,” Taylor admits, “is that after decades of watching cattle markets become more integrated with meatpackers and meat retailers, I don’t have a good solution that’s politically workable.”

The Gehlen Barn in St. Donatus is one of the few stone barns in Iowa and is listed on the National Register of Historic Places. The three-story barn was built of locally quarried limestone by Peter Gehlen in 1839.

Stromeyer Barn, located at 37647 Iron Bridge Road in Spragueville. Built by brothers Henry, Otto and William F.H. Stromeyer, it is constructed of hand-sawed lumber from native cottonwood trees. The barn has 96 window panes and 40 doors.

The Knoll Crest Round Barn was built by Benton Steele in 1914. It is located in Scott County, between Davenport and Blue Grass. It is listed on the National Register of Historic Places.

The 1936 Tyden Farm No. 6 Barn in Dougherty, Iowa, owned by Ted and Judy Pitzenberger, is one of Iowa's largest barns.

The 1890 Marlow-Saak Barn, located in Waukon, Iowa, was built by German immigrants and owned by acclaimed-artist Jeremy Marlow.

The Farm and Food File is published weekly through the U.S. and Canada. Source material and contact information are posted at farmandfoodfile.com.

A Kryl Films movie trailer of 'A Brush With Life,' featuring the work and life of Northeast Iowa artist Carl Homstad of Decorah. 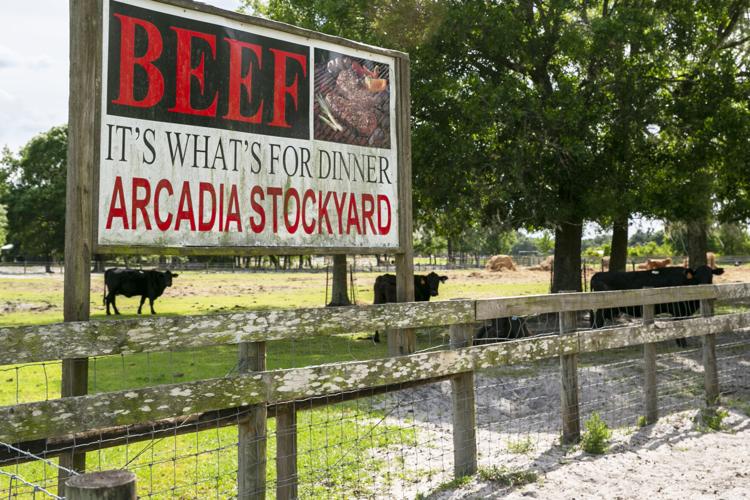 Cattle graze around a sign that reads "Beef It's What's For Dinner" at the Arcadia Stockyard in Arcadia, Florida, on April 17. 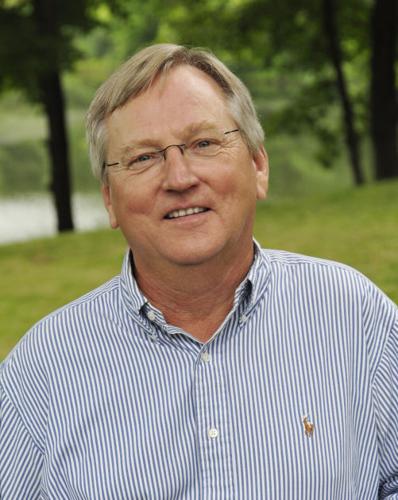