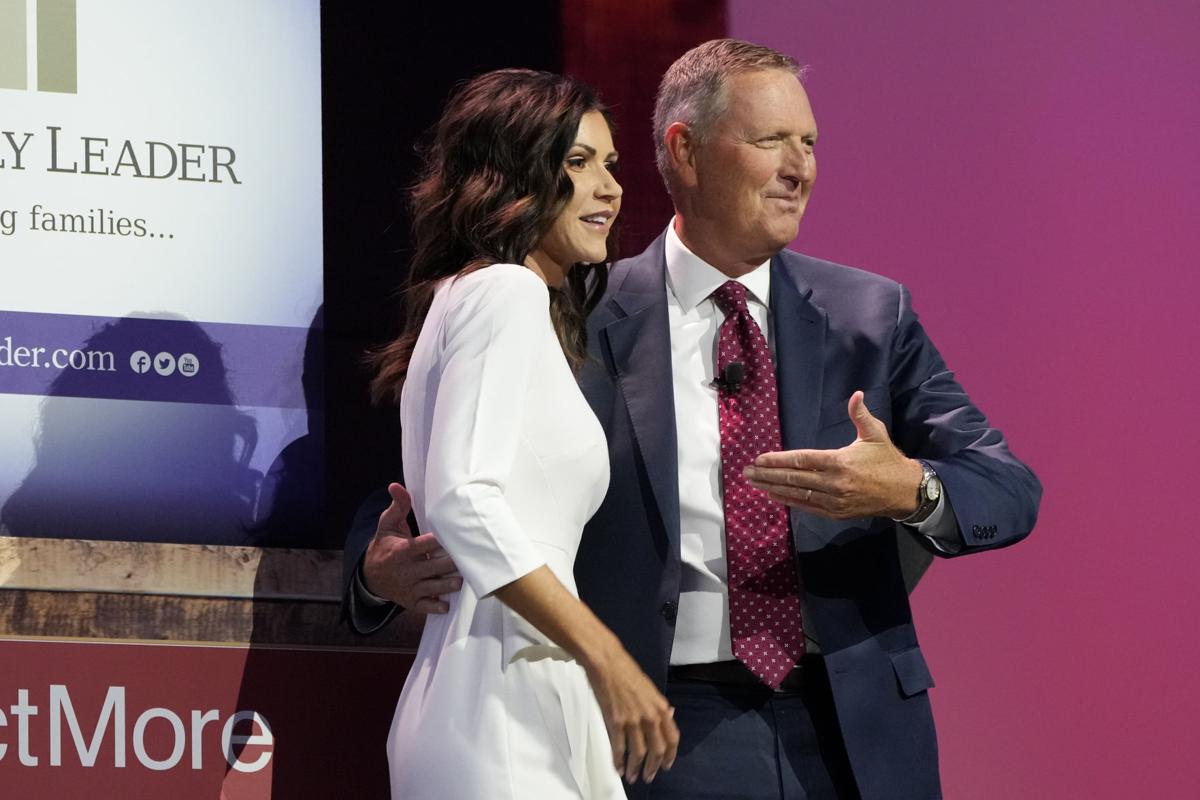 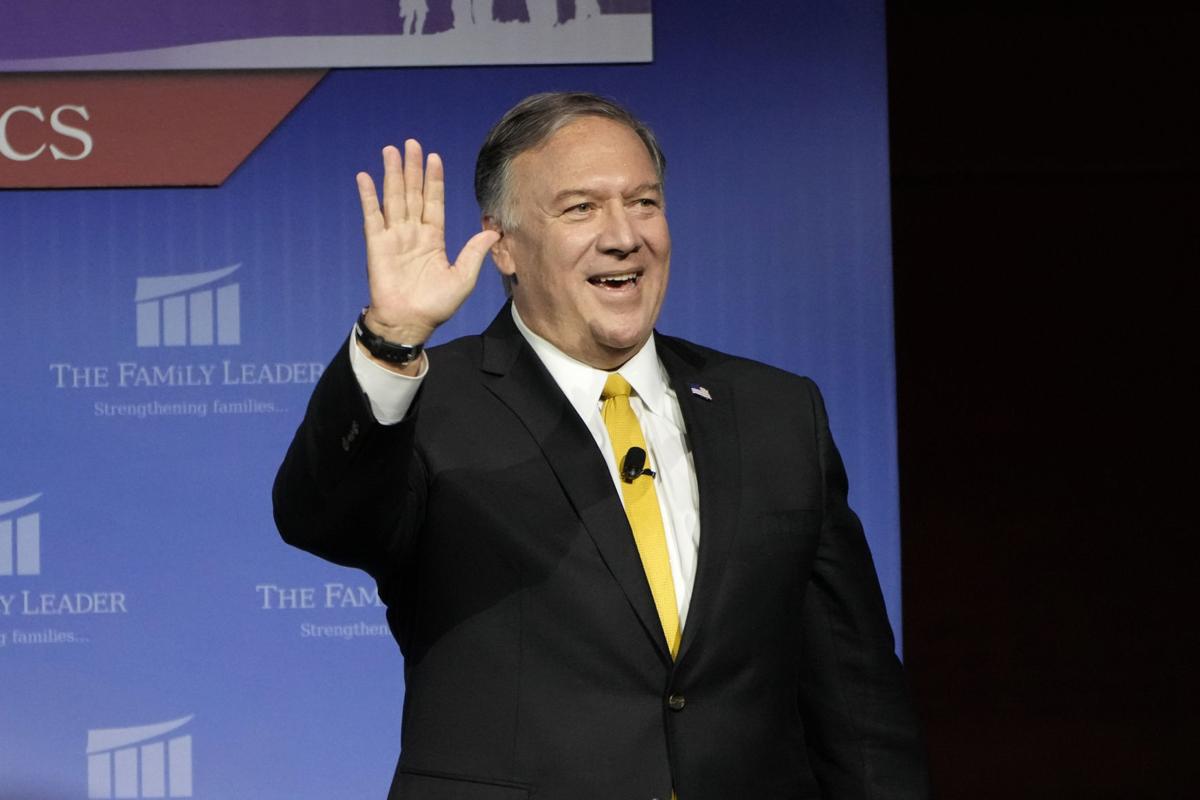 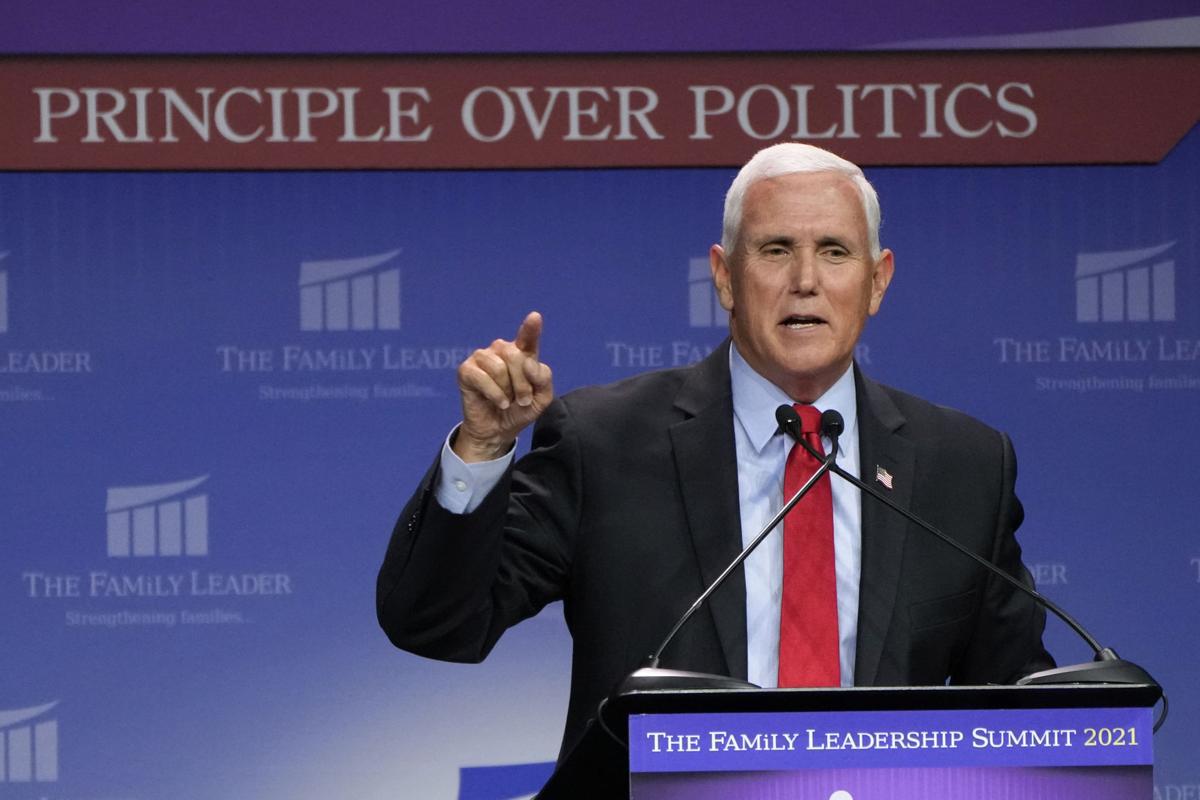 DES MOINES --- The past seven months under a Democratic administration have made the America of the previous four years unrecognizable to the political speakers at a Christian conservative event held Friday in Des Moines.

Pence, Noem and Pompeo are all possible Republican presidential candidates for 2024 -- likely depending on whether former President Donald Trump decides to run again -- and they took turns lambasting President Joe Biden’s administration.

“The damage they’ve done to this country in such a short period of time,” Pence lamented during his remarks.

Noem talked about recently becoming a grandmother for the first time, and offered her own lament.

“I really hate this America that we’re giving (her new granddaughter),” Noem said. “I don’t recognize the country I had an opportunity to grow up in.”

Noem asserted she has been “attacked” by liberals and the media for her state’s handling of the COVID-19 pandemic. Not unlike messaging often heard by Iowa Gov. Kim Reynolds -- who also spoke at Friday’s event and upon whom Noem heaped praise -- Noem said she provided information about the virus to South Dakotans and allowed them to use their “personal responsibility.” She claimed that track protected the public health and allowed South Dakota to “keep its doors open.”

Despite its geographically sparse population, South Dakota had the nation’s 10th-highest rate of COVID deaths per population, according to federal data.

“South Dakota is in an incredible spot today,” Noem said.

Noem and Pence both hammered on popular issues among conservatives, including opposition to "critical race theory," the teaching that racism is embedded in many of American systems, and support for law enforcement.

Pence offered an accusation that was similar to and equally misleading as one made recently in Iowa by fellow possible presidential candidate Nikki Haley.

“(Critical race theory) teaches children as young as kindergarten to be ashamed of their skin color,” Pence said.

Critical race theory is typically taught in advanced, college-level curriculum, not in K-12 schools. And the teaching centers on the idea that racism is systemic in some of the nation’s institutions; it does not, as conservatives like Haley and Pence have alleged, teach that all white Americans are racist.

Pence said he is optimistic conservatives will rebound like they did after the 2008 election of Democratic President Barack Obama -- and then-Vice President Biden. Pence noted the gains Republicans made over the following five election cycles, from 2010 through 2018.

Iowa Democrats issued a statement on The Family Leader’s event accusing the organization of having an anti-LGBTQ agenda and brought attention to the child care tax credit payments -- approved by Biden and congressional Democrats -- that began hitting families’ bank accounts Thursday.

“Iowa Democrats are focused on providing relief that will lift up a generation and set Iowa’s children up for success,” Ross Wilburn, state chairman of the Iowa Democratic Party, said in a statement. “The Family Leader does not stand for all Iowa families. … Iowa Democrats will continue to support legislation that improves the lives of all families, no matter what they look like.”

How a Jordanian travels the world from his basement

How a Jordanian travels the world from his basement

Iowa redistricting: A little something for everyone

Proposed new political maps in Iowa would dramatically alter the state’s four Congressional districts and 150 statehouse districts for the next 10 years.

Iowa redistricting: Everything you need to know as the process begins

Here’s everything you need to know about how redistricting works in the state, what the new deadlines are and how you can participate in the process.

Reynolds signed a proclamation convening the special session to take up redistricting.

DES MOINES — Iowa Gov. Kim Reynolds joined 25 other Republican governors Monday in requesting a meeting with Democratic President Joe Biden to “bring an end” to what they view as a national security crisis at the southern border with Mexico.

A state court judge has declined to halt enforcement of an Iowa law that prohibits school boards from enacting mask requirements, saying there is no evidence that any school board would immediately impose a mask mandate if the law wasn’t in effect

Face masks required on buses but not in Iowa schools

The bus rides were a different story.

Andrew Boettger wants to get the population down to 100% capacity or less at Iowa’s nine prisons over the next two years.

Iowa will use federal coronavirus relief funds to pay for a $3.7 million national ad campaign that promotes the state as a destination for visitors and workers