A roundup of campaign news items of interest for Wednesday, September 22, 2021:

Bohannan, an Iowa City attorney and state legislator, is running in eastern Iowa’s 2nd District. But redistricting could draw her into the 1st District.

“Christina Bohannan has dedicated her career to public service and bringing people together,” Axne said in a news release from the Bohannan campaign. “It’s time to send another strong Iowa woman to Washington to fight for our working families and deliver real results for the Hawkeye State.”

Bohannan previously was endorsed by Dave Loebsack, the Democrat who previously represented the 2nd District.

ANOTHER IOWA-2 DEMOCRAT: Joseph Kerner filed a statement of candidacy this week with the Federal Election Commission, giving notice of his intentions to run as a Democrat in Iowa’s 2nd Congressional District.

Kerner works as a senior cultivator at MedPharm Iowa, an Iowa medical marijuana manufacturer located in Des Moines, according to his LinkedIn page and company website, which states he is from Knoxville.

He could face Iowa City Democrat and state Rep. Christina Bohannan in a primary. Bohannan launched her campaign for the 2nd District race last month, but she could be drawn into the 1st District by the decennial redistricting process, which is underway at the Iowa Capitol.

Freshman Republican U.S. Rep. Mariannette Miller-Meeks is the 2nd District incumbent. She officially launched her re-election campaign during a tailgate fundraiser in Iowa City this past week.

Finkenauer, a former congresswoman and state legislator from Cedar Rapids, is one of three announced Democratic candidates for U.S. Senate. Manning farmer Dave Muhlbauer and Minden physician Glenn Hurst have also announced, and Sioux City veteran Michael Franken is expected to join the race this fall.

Republican and longtime incumbent U.S. Sen. Chuck Grassley has not yet said whether he will seek re-election to an eighth, six-year term. Republican state legislator James Carlin has announced his candidacy.

“We’ve known Abby since she was in the state legislature,” Teamsters Local 238 principal officer Jesse Case said in a news release from the Finkenauer campaign. “She’s a tried and true supporter of labor and working families and we can’t imagine standing with any other candidate in this race for U.S. Senate.”

Reynolds is running for re-election in 2022. The other guest speakers for her annual Harvest Festival are U.S. Rep. Ashley Hinson and Iowa Republican Party state chairman Jeff Kauffman.

The Harvest Festival is scheduled for Sept. 25 at the Iowa State Fairgrounds. Tickets, which cost $50, can be purchased at secure.winred.com/reynoldsgregg/harvest-festival-rsvp/.

In Iowa, Trump unloads on Biden, Democrats and 2020 election results

How one Facebook worker unfriended the giant social network

Less than two years after Facebook hired Frances Haugen to help correct dangerous distortions spilling across its platform, she had seen enough.

Statehouse Republicans have been making plans to enact tax cuts ever since Gov. Kim Reynolds announced the state has a $1.24 billion budget surplus in addition to another $1 billion in the state’s taxpayer trust fund, and $800 million in the state’s reserve and emergency accounts.

DES MOINES --- Donald Trump arrived in Iowa on Saturday with, according to a key poll, a better favorability rating than he ever had here while he was president.

A roundup of campaign news items of interest

A roundup of legislative and Capitol news items of interest from Monday, Oct. 11.

DES MOINES — Iowa Gov. Kim Reynolds will join nine other Republican governors Wednesday in visiting the Texas-Mexico border and holding a news conference to discuss what they term a “border crisis” and the Democratic Biden administration’s response to it.

Ernst looking to keep those convicted of sexual assault out of U.S.

Under federal immigration law, anyone seeking entry into the U.S. already may be barred or deported if they have been convicted of an aggravated felony in another country. 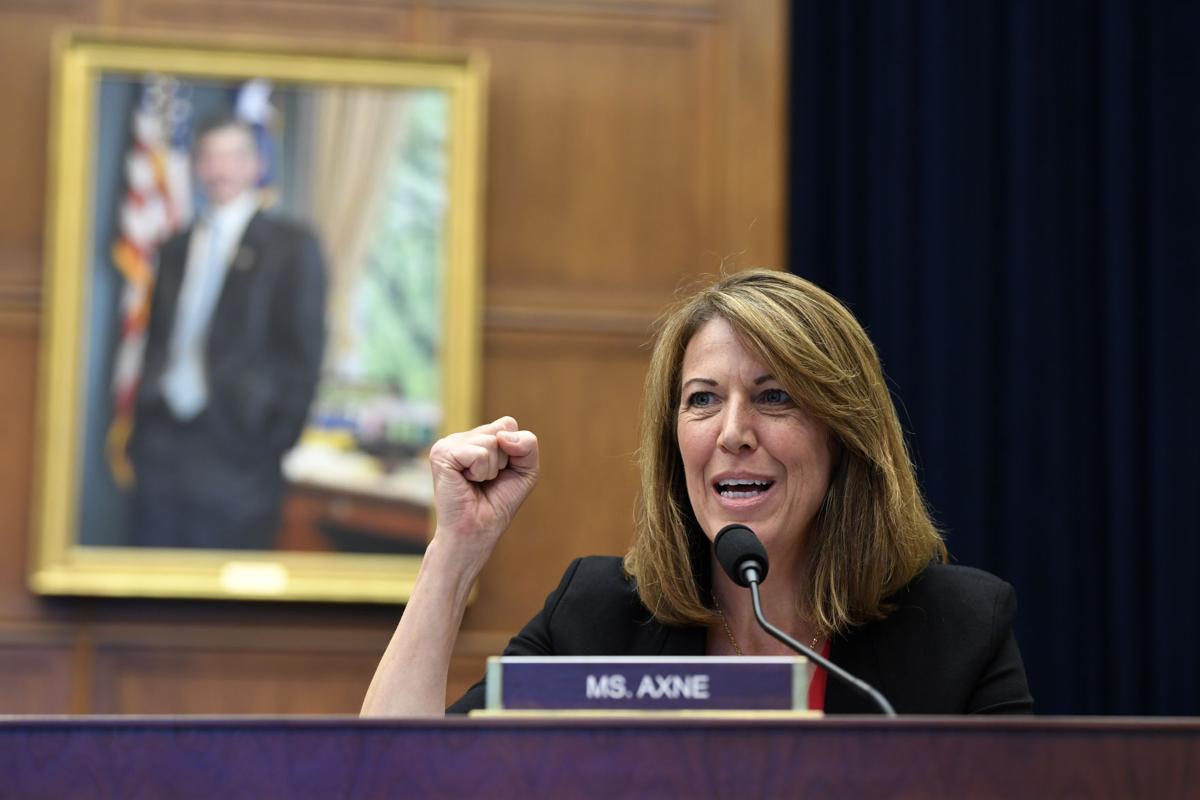