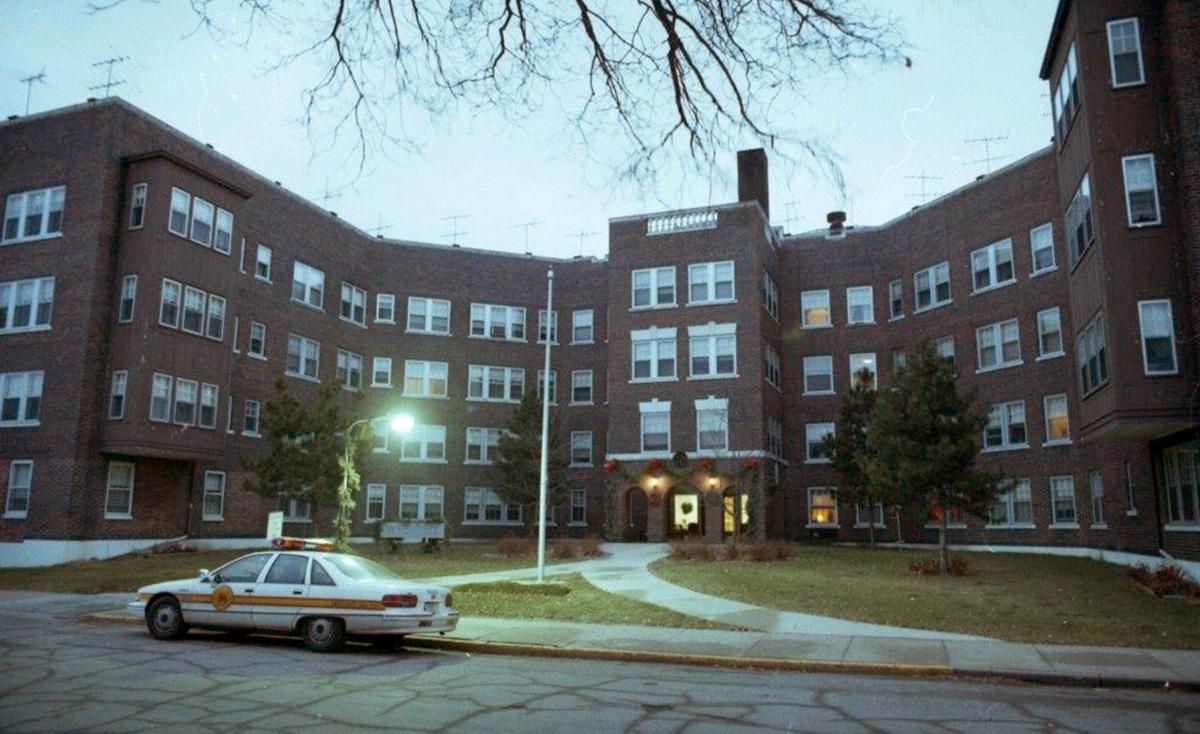 An 83-year-old woman was killed insider her apartment at Walnut Court Apartments in Waterloo in 1993. Gladys Held's murder remains unsolved.

The headlines are so sad. Sometimes they cause chills, perhaps a tear or two, as they drag memories from the far reaches of our minds and souls.

And those headlines make us think of others in our area, like the case of the murdered Evansdale cousins, Lyric Cook-Morrissey, 10, and Elizabeth Collins, 8, and the case of missing Mason City television anchorwoman Jodi Huisentruit.

All of these cases and many more are being documented in a series called “Gone Cold: Exploring Iowa's unsolved murders.” While the missing cousins case is not considered a cold case, it nevertheless is unsolved and merits mention.

Last week was the beginning of what will be a year-long collaboration by Iowa newspapers, including The Courier, to revisit mystifying cases.

It is compelling reading, if heartbreaking. In the Cedar Valley, there are many still unresolved murder mysteries.

That’s why Iowa newspapers have undertaken this special project — one that took considerable planning, preparation and coordination.

It is our hope, by sharing these stories with a broad statewide audience, justice will be found for some of these victims and answers will be found, especially to “who” if not “why.”

But regrettably, another headline and story tell us that’s not as likely to happen as we might hope.

Roughly one-third of homicides in the U.S. go unsolved. In the Midwest just 52 percent of murderers are identified, according to the FBI. Forensic death consultant Jim Adcock estimates more than 200,000 homicides have gone unsolved in the U.S. since 1980. And the longer the case goes unsolved, the harder it is to crack. We present as evidence the Huisentruit case.

Unfortunately for her family and others, the national clearance rate for solving murders has remained relatively static for more than 20 years.

“We have half as many homicides,” he says. “Why aren’t we solving more?”

Those questions he does have some answers to: Roadblocks such as too little money for law enforcement investigations (indeed, a cold-case unit in Iowa’s Department of Public Safety was shut down for lack of funding); plus, witnesses may fear the killer/killers; there’s public apathy unless we know the victim; and then there’s something called the “white woman syndrome.” That refers to short-lived coverage and lack of public interest when victims are members of minority groups. They become, Adcock said, “devalued victims.”

Still, the state continues to follow leads in the roughly 160 cold cases that are part of the Iowa Division of Criminal Investigation’s files.

And again, we hope keeping these stories in the public’s eye just may lead to that missing shred of evidence, bring back that long-forgotten memory of something seen or heard — anything that could provide a new look at these old cases so modern investigative techniques could be put to work.

That’s the idea behind Gone Cold, a public service we feel part of our duty to take part in.

You have your duty too: If ever you see or hear something suspicious, don’t decide for yourself whether it’s important or trivial. Tell your local law officers — nearly every department has a program to let you remain anonymous if you wish to do so — and let them decide. Your information could just help shrink an all-too-thick stack of cold-case files.

--- The Mason City Globe Gazette contributed to this editorial.

Whether they went missing a few days or a few decades ago, their family and friends haven't stopped looking for these northeast Iowans. Here a…

MASON CITY — Jodi Huisentruit’s 50th birthday June 5 will be marked by a new billboard campaign to help solve the mystery of her disappearance.

MASON CITY — A Mason City Police Department search warrant has been executed against a person of interest in the Jodi Huisentruit case, accord…

ST. PAUL, Minn. (AP) — As the 20th anniversary approaches of the disappearance of TV anchor Jodi Huisentruit, her family, police and a dedicat…

MASON CITY — Human remains, likely of someone who died between 5 and 15 years ago, were found two weeks ago in north Iowa.

CANISTOTA, S.D. | Jim Feldhaus, who for nearly 18 years voluntarily worked on the case of missing anchorwoman Jodi Huisentruit, has died.

SPRING VALLEY, Minn. --- Auditions are under way for a two-act play concerning the 1995 disappearance of KIMT-TV anchor Jodi Huisentruit.

An 83-year-old woman was killed insider her apartment at Walnut Court Apartments in Waterloo in 1993. Gladys Held's murder remains unsolved.