These non-virus headlines are in the news this morning: Newly formed Hurricane Isaias bears down on the Bahamas as it takes aim at the U.S. East Coast this weekend; Ellen DeGeneres apologizes to her show's staff amid a workplace inquiry; and the NBA's players and coaches took a knee in support of social justice as league play resumed Thursday night.

Read on for these stories, other top headlines, celebrity birthdays and more.

New Hurricane Isaias kept on a path early Friday expected to take it to the U.S. East Coast by the weekend as it approached the Bahamas, parts of which are still recovering from the devastation of last year's Hurricane Dorian.

Isaias had maximum sustained winds of 80 mph Friday morning and was centered about 15 miles south-southwest of Great Inagua Island in the Bahamas, the U.S. National Hurricane Center said. It was moving northwest at 17 mph.

It was forecast pass over the southeastern Bahamas early Friday. Read the full story here:

Ellen DeGeneres apologized to the staff of her daytime TV talk show amid an internal company investigation of complaints of a difficult and unfair workplace.

“On day one of our show, I told everyone in our first meeting that ‘The Ellen DeGeneres Show’ would be a place of happiness — no one would ever raise their voice, and everyone would be treated with respect,” DeGeneres wrote. Something changed, she said, “and for that, I am sorry.” Read the full story here:

Black players were next to white players. Coaches from one team were next to their compatriots from the opposing side. Many locked arms with the man next to them, some shut their eyes tightly, a few including LeBron James briefly raising a fist into the air or pointing skyward.

The NBA had a strong, powerful re-opening night message.

When it comes to demanding change, the league stands united — and Thursday, the four teams that played on the first night of the league's restart showed that by not standing. Read the full story here:

Click on the links below for full versions of these stories and scroll further for trending stories, a look at today in history and celebrity birthdays.

Prosecutor: No charges for officer in Michael Brown’s death

Police: Suspect shoots 3 Chicago officers who then shoot him

Late last night, Isaias strengthened to a hurricane and is set to impact Bahamas today. CNN meteorologist Derek Van Dam has the forecast and when it will impact the US. Watch here:

Movie reviews: 'Summerland' tries to unpack a lot but never puts anything away

Image of the day

Apollo 15 crew members David Scott and James Irwin became the first astronauts to use a lunar rover on the surface of the moon, and more event…

The inmates in rooms close enough to see the deputy fall began pounding on their doors, and soon the entire unit joined.

A federal appeals court on Friday overturned the death sentence of Dzhokhar Tsarnaev, the man convicted in the 2013 Boston Marathon bombing.

She went missing July 24 and was found in the mountains after search crews spotted her notebook and some clothing along a creek.

The second surge of confirmed cases appears to be leveling off, while the Senate adjourned without a deal to extend unemployment benefits. Get the latest virus developments.

A Facebook video shows the children on the ground in a parking lot, surrounded by police.

Negotiators on a huge coronavirus relief bill reported slight progress after talks resumed Monday, with issues like food for the poor and aid to schools struggling to reopen safely assuming a higher profile.

A Florida teen hacked the Twitter accounts of prominent politicians, celebrities and technology moguls to scam people around globe out of more than $100,000 in Bitcoin, authorities said Friday.

Get caught up on the morning's coronavirus developments here. 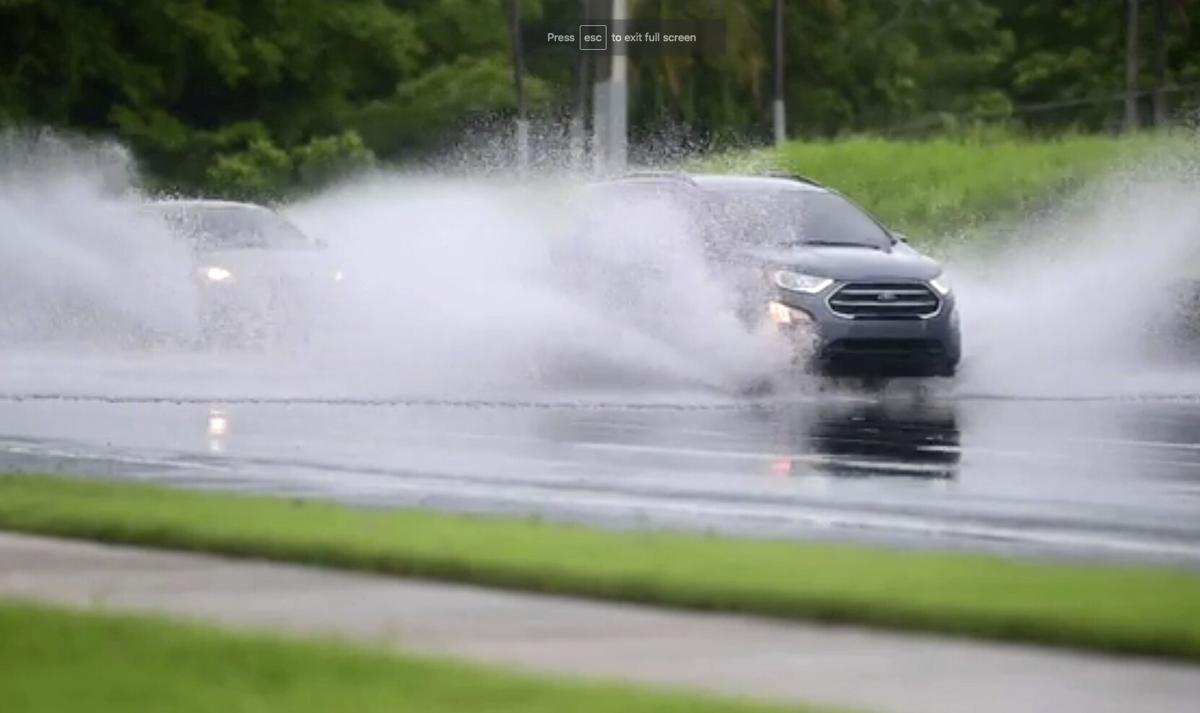 In this image made from video, cars drive through high water on a road in Canovanas, Puerto Rico, Thursday, July 30, 2020. 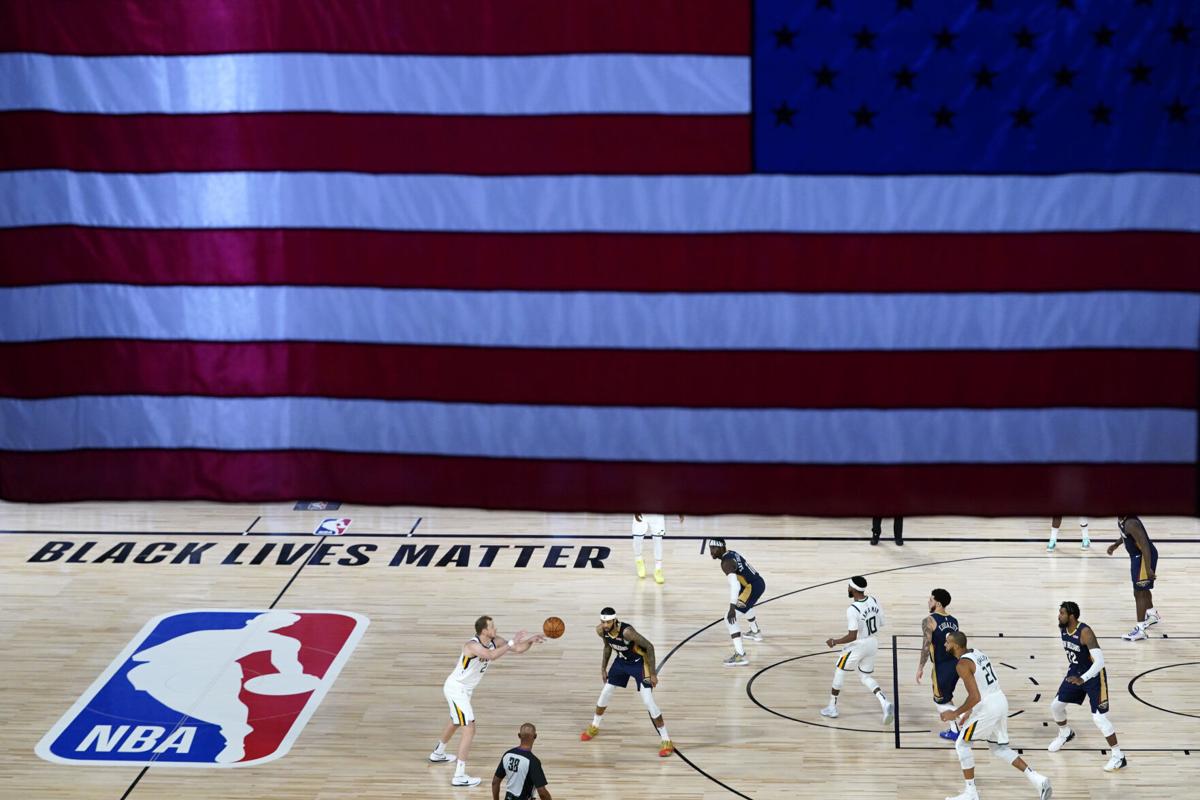 Members of the Utah Jazz and New Orleans Pelicans play during the second half of an NBA basketball game Thursday, July 30, 2020, in Lake Buena Vista, Fla. 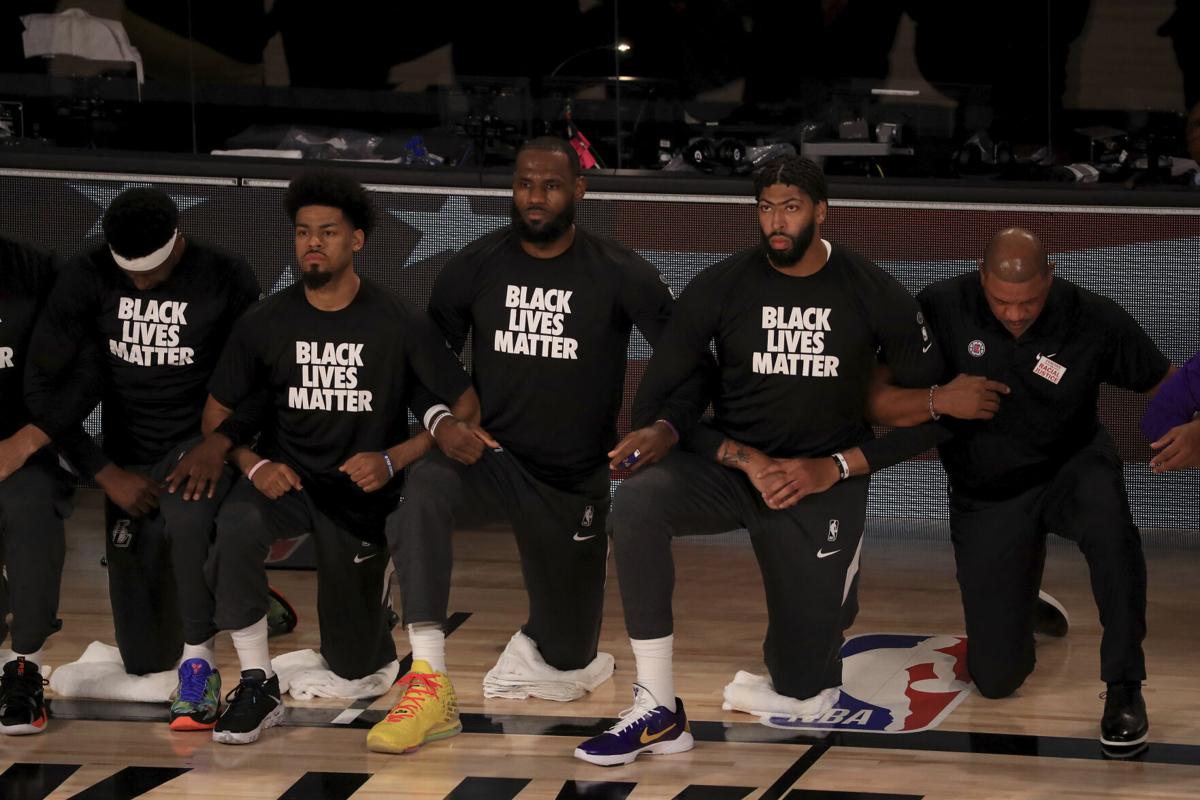 Los Angeles Lakers' LeBron James, third from left, and Anthony Davis, second from right, wear Black Lives Matter shirts as they kneel with teammates during the national anthem prior to an NBA basketball game against the Los Angeles Clippers, Thursday, July 30, 2020, in Lake Buena Vista, Fla. 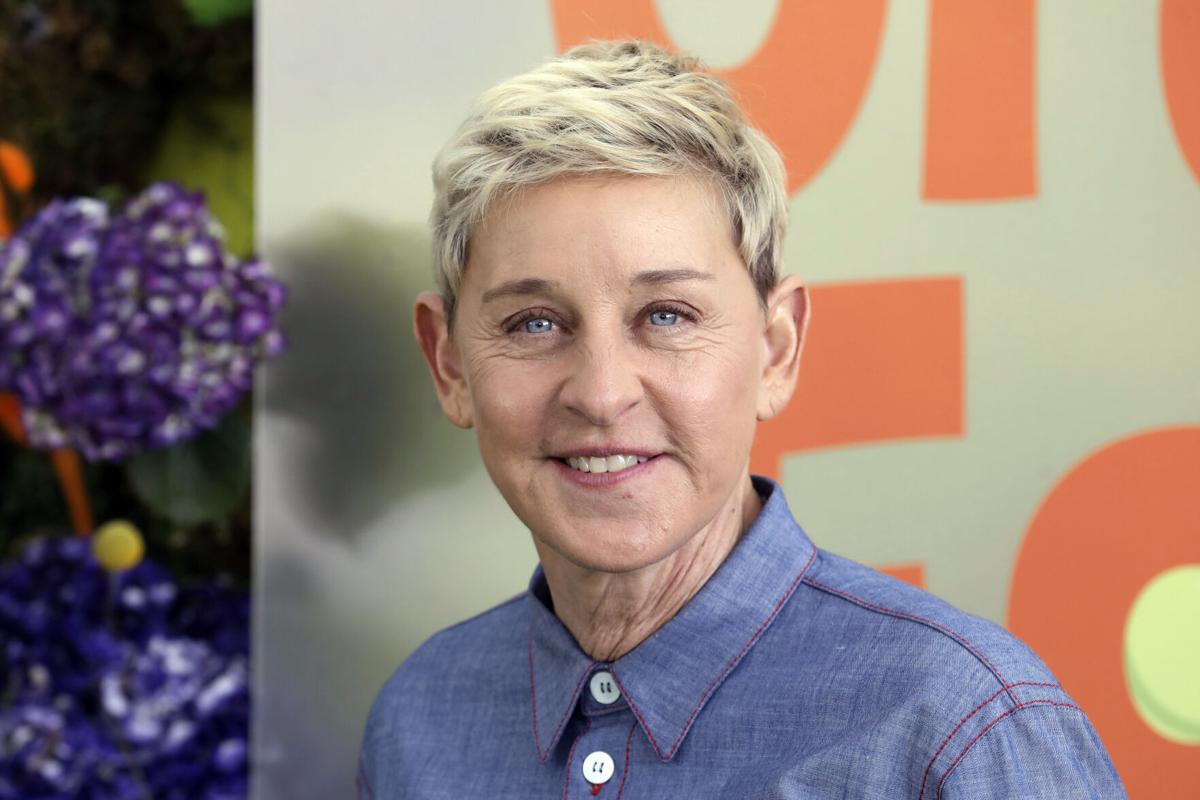 Ellen DeGeneres attends the premiere of Netflix's "Green Eggs and Ham," on Nov. 3, 2019, in Los Angeles.