HOMEWOOD, Ala. (AP) — Liza Scott, 7, started a lemonade stand at her mom's bakery last summer so she could buy some frills like toys and sequined high-heel shoes. The bouncy little girl is still in business months later, yet the money is going toward something entirely different: surgery on her brain.

Last month, doctors determined a series of seizures that Liza began suffering were caused by cerebral malformations that needed repair, said her mother, Elizabeth Scott. Always eager to help out and with an eye toward entrepreneurship after a childhood spent around a small business, the little girl volunteered to help raise money for her upcoming operation.

Located near the cash register of Savage's Bakery in suburban Birmingham, her stand of bright pink and yellow wooden crates offers lemonade for a quarter, plus other treats. But people are putting in a lot more as word spreads of her medical condition and her attitude.

Liza was still in the hospital after suffering two major seizures when she came up with the idea to help out with the stand, said her mom, who also has a preschool-age boy.

"I told her, 'You don't have to do that,'" Elizabeth Scott said. "There's no expectation of her doing anything to help pay the bills. I'm a single mom, I take care of my kids on my own."

Yet Liza wanted to help, and she has. Her little stand has made more than $12,000 in a few days — nearly all through donations.

"She likes being part of the team. This is something she can really take ownership of," Scott said.

While Liza's story has warmed plenty of hearts, some are outraged over the idea that a child facing brain surgery would feel a need to raise funds for her own care. The story is yet another sign that the U.S. health system is broken beyond repair and driving families into bankruptcy, critics say.

Despite having good insurance through the popular bakery she runs with her father, Elizabeth Scott could quickly see that she was still going to be responsible for some "pretty exorbitant" expenses. So, she also set up an online fundraiser.

"Just one week in the hospital and the ambulance rides is more than my monthly salary, and that's without the surgery and travel expenses," she said. "I can't fund that by myself, and we have a business to support."

Friends, family and others who have been touched by Liza's story have already donated more than $300,000.

A bubbly little girl who likes Barbie dolls, dressing up — and lemonade — Liza hadn't shown any signs of major health problems until Jan. 30, her mom said.

"She had a massive seizure at 5 in the morning and it lasted like 45 minutes," said Elizabeth Scott. Another one occurred hours later. It was a few days before tests revealed Liza had three malformations that were both causing the seizures and posing a risk of rupture that could lead to a stroke or other problems.

Now on medication, Liza was quickly accepted as a patient at Boston Children's Hospital, where a representative said Dr. Ed Smith, a neurosurgeon, and Dr. Darren Orbach, an interventional radiologist, will be part of a team set to operate Monday. The family will fly to Boston on Thursday, and Liza could need follow-up visits into her 30s, her mother said.

Liza said she enjoys helping with her stand, where she makes the lemonade and puts donations in a big jar. "It's better than just begging," she said.

Temporarily out of school because of her condition, the girl is spending a lot of time at the bakery running the stand and playing with her dolls. A whirlwind of energy, she runs from one spot to the next, climbs atop a table in an empty room and swings upside down on a handrail as her mother speaks to a well-wisher.

In a quiet moment, Liza said she is trying not to think too much about what she called "my brain thingy."

Senior royals walk in the Duke of Edinburgh's funeral procession

Buckingham Palace has released the broad outlines of Saturday's funeral program for Prince Philip, including plans for princes William and Harry.

Student fired at officers at Tennessee school, was killed

Multiple people including a police officer were shot Monday at a high school in the east Tennessee city of Knoxville, authorities said, adding that the scene had been secured.

Police: 8 dead in shooting at FedEx facility in Indianapolis

Eight people were shot and killed in a late-night shooting at a FedEx facility in Indianapolis, and the shooter killed himself, police said.

The police chief in a Minneapolis suburb where a Black man was fatally shot during a traffic stop said Monday that he believes the officer who fired intended to use a Taser, not a handgun.

Third dose of COVID-19 vaccine being tested to fend off variants. Plus, today's virus updates.

Dozens of Americans are rolling up their sleeves for a third dose of COVID-19 vaccine — this time, shots tweaked to guard against a worrisome mutated version of the virus.

FedEx: Indianapolis mass shooter was a former employee of the company

The man who police say fatally shot eight people at a FedEx facility in Indianapolis is a former employee.

A white Minnesota police officer who fatally shot a Black man during a traffic stop in a Minneapolis suburb and the city's chief of police resigned Tuesday.

The U.S. is recommending a "pause" in administration of the Johnson and Johnson COVID-19 vaccine to investigate reports of potentially dangerous blood clots.

Minnesota cop will be charged in shooting of Black motorist

Minnesota prosecutor says he will charge white officer with manslaughter in fatal shooting of Black motorist. 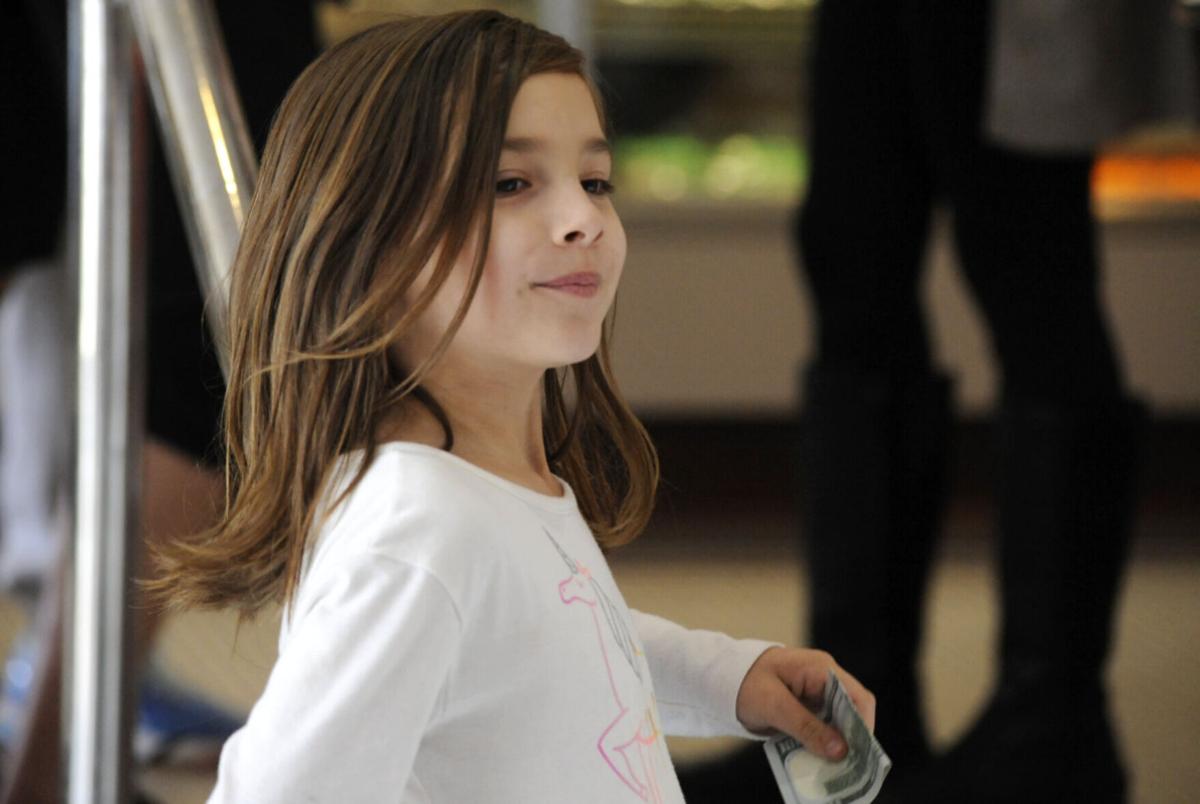 Liza Scott, who is running a lemonade stand to help fund her own brain surgery, holds a donation at her mother's bakery in Homewood, Ala., on Tuesday, March 2, 2021. Mother Elizabeth Scott said the family has good health insurance, but expenses are still high and the 7-year-old girl wanted to help out. The child was diagnosed with brain malformations following seizures earlier this year, her mother said. (AP Photo/Jay Reeves) 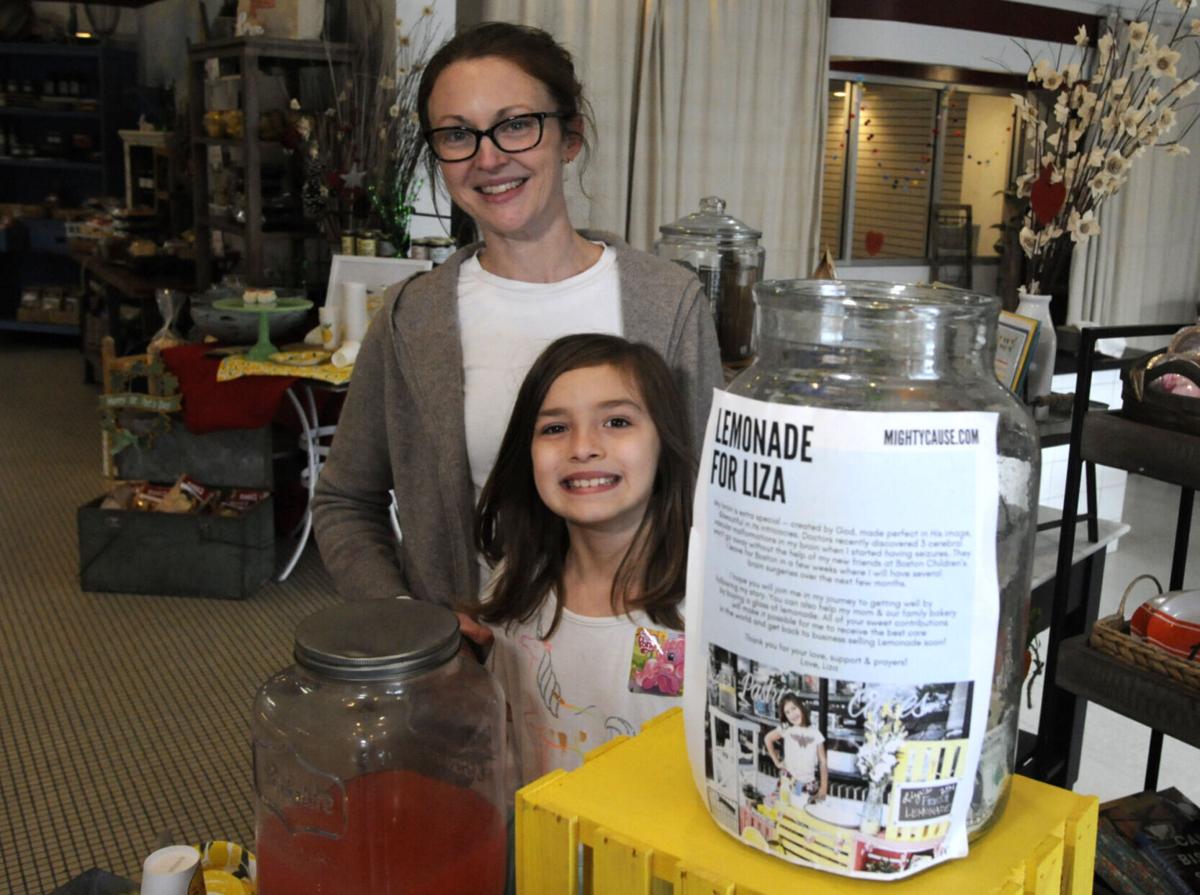 Elizabeth Scott and her 7-year-old daughter Liza Scott, who is running a lemonade stand to help fund her own brain surgery, are shown at the woman's bakery in Homewood, Ala., on Tuesday, March 2, 2021. Elizabeth Scott said the family has good health insurance, but expenses are still high and the girl wanted to help out. The child was diagnosed with brain malformations following seizures earlier this year, her mother said. (AP Photo/Jay Reeves)