Iowa's LaPorta creating his own legacy 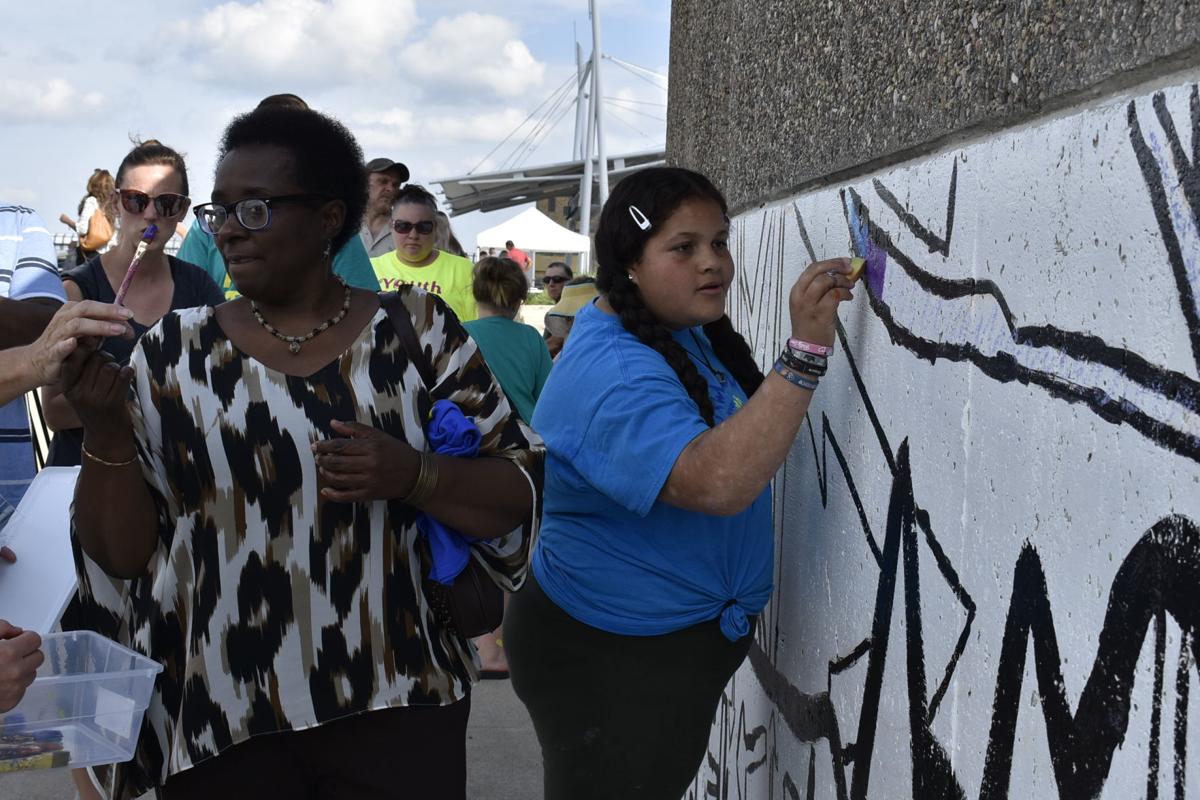 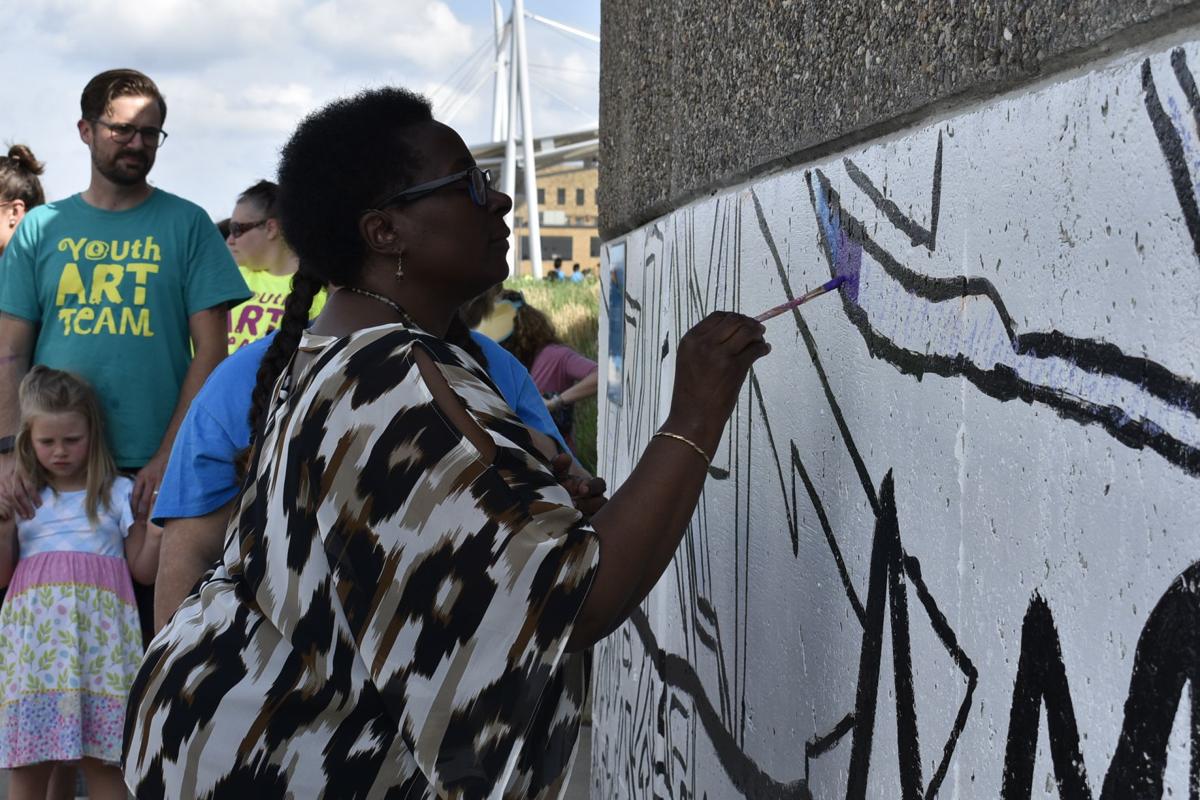 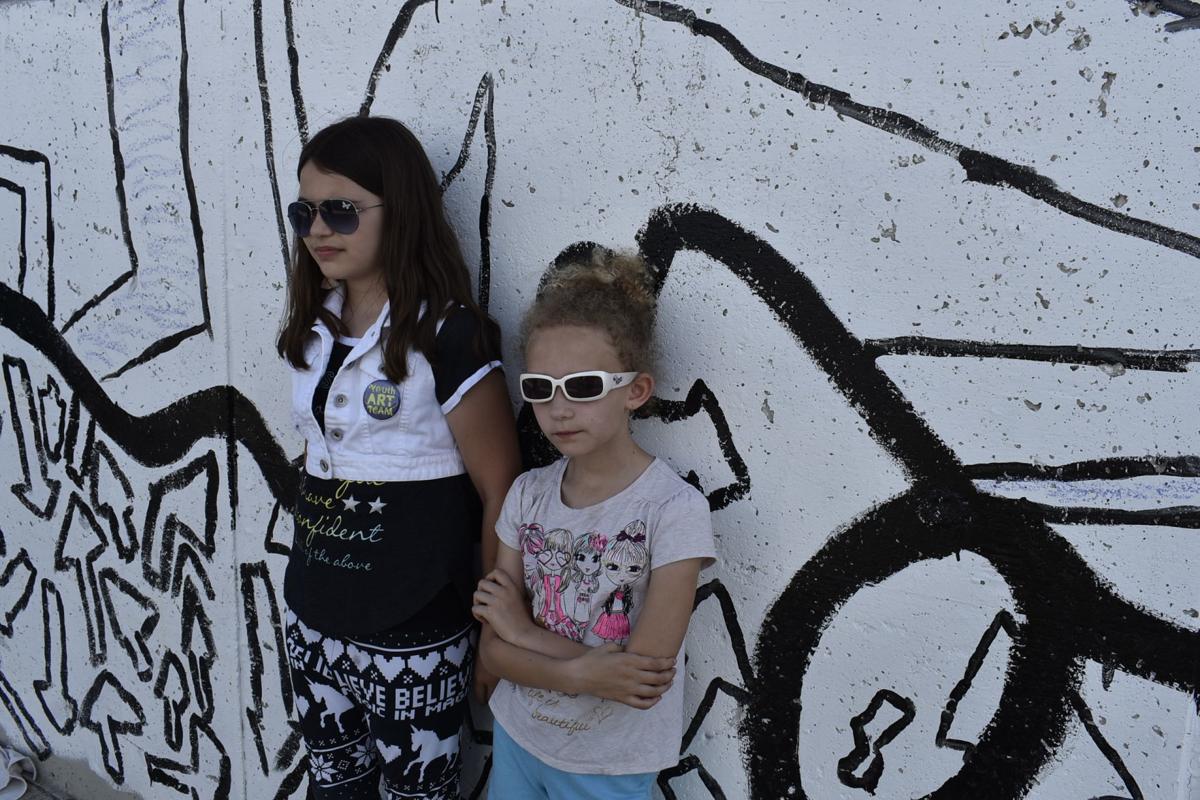 Hayden Rand, 9, and Addyson Greemore, 9, wait by the mural for the celebration to begin at the Riverloop Amphitheater Tuesday. 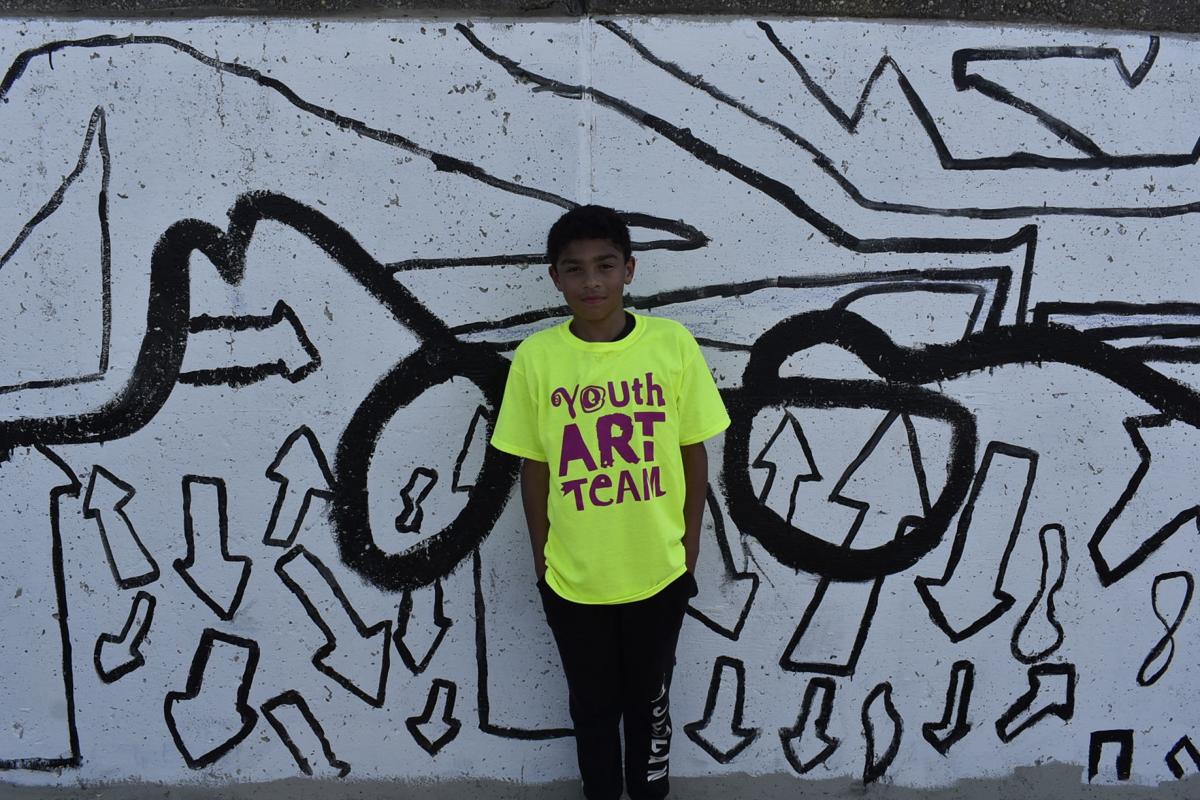 Isaiah Frazier, 12, stands next the mural near the Riverloop Amphitheater last summer. 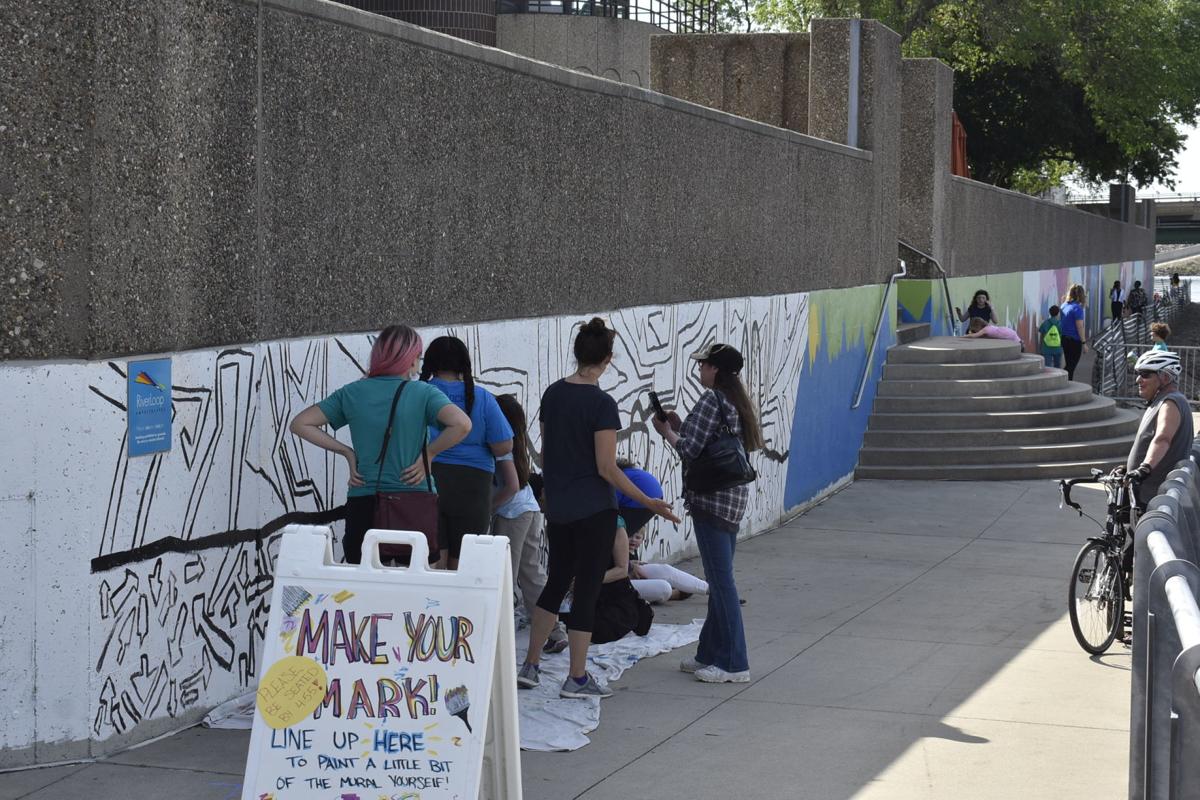 Young artists and community leaders work on a mural on the Cedar River representing Waterloo's history of Civil Rights Tuesday. 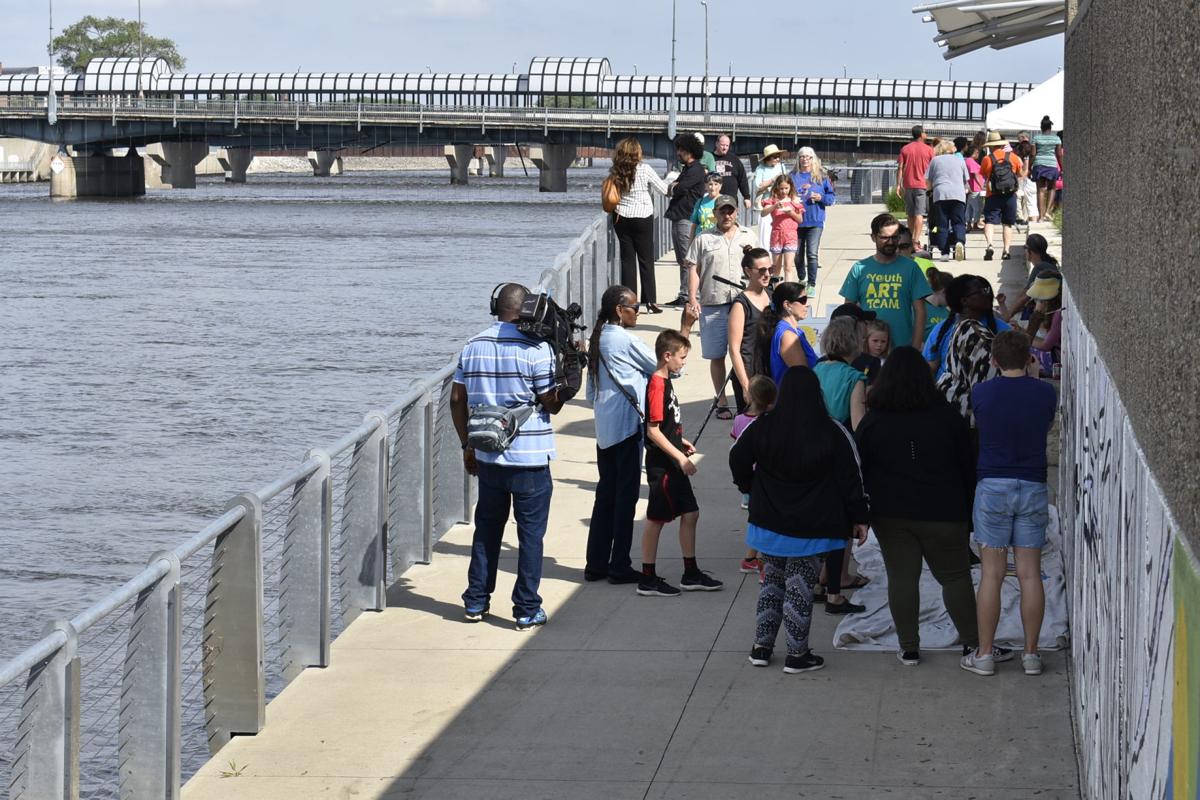 A crowd gathers around as young artists and community leaders work on a mural on the Cedar River representing Waterloo's history of Civil Rights Tuesday.

WATERLOO — Waterloo students helped commemorate Waterloo’s civil rights history with a work of art on the river wall near the RiverLoop Amphitheatre.

At least 150 students from the Youth Art Team, Lowell Elementary and Kingsley Elementary planned and created a mural along the Cedar River representing history of the civil rights movement in Waterloo. The amphitheater was full of people Tuesday admiring the artwork on the river.

The students interviewed local residents who participated in the fight for civil rights and represented their thoughts in the mural. The students reacted to the interviews with words like sad, frustrated and confused. They used shapes, colors and lines to describe those feelings.

“This is the celebration of the river wall mural project by Youth Art Team, and it commemorates Waterloo’s civil rights history, especially the turbulent times of the ’60s and ’70s,” said Carol Yates, the media coordinator for the team. “The project actually started at the beginning of this year. The students went to St. Louis and looked at some of the aspects of civil rights in St. Louis and brought back ideas to Waterloo.”

The students learned about the Junior Art Gallery, which was started in the basement of the Waterloo Center for the Arts in 1968, according to a news release from about the event.

“The Youth Art Team will do more murals in the future. They’ve done them in the past. They did the Fourth Street Bridge panels,” Yates said.

The children interviewed Rosalyn Middleton and Edyce Porter about their memories of the civil rights era.

“I think its amazing,” Middleton said. “When I sat down with the kids I was just amazed at how engaged they all were and how talented.”

Porter was asked if she ever experienced racism and how it was to grow up in Waterloo.

“There were threats against my father’s life,” Porter said. But she has fond memories of those days too. “It wasn’t all bad. It was good times.”

The Iowa Arts Council, a division of the Iowa Department of Cultural Affairs, the National Endowment for the Arts and Teen Trust helped support the project. Tuesday’s event was co-sponsored by the Waterloo Center for the Arts.

“If you talk to the kids it’s not just a history panorama, they also incorporated their hopes of what they expect things to be,” Middleton said.

“It all started a year or two ago when I first did the bridge mural,” Matlock said. “When I did that camp I just continued going.”

Matlock is adept at blending colors, and blended colors together with Porter, KBBG community outreach coordinator, as she helped paint part of the mural.

Matlock is very passionate about blending.

“There’s two different colors, but they’re separate, but they’re right next to each other and then you can take anything and just tap on them and you get a different color in the middle,” Matlock said. “I find that really cool because you make new colors you’ve never even seen before just by blending two colors together.”

US to require COVID-19 shots for foreign visitors

WATERLOO – World War I camouflage and a team of young people have transformed a 103-year-old rail bridge to a work of art.

WATERLOO — A group of students gathered at the Waterloo Center for the Arts Friday learned some important lessons, all with the help of a rubb…

The Youth Art Team was among 15 programs to get a share of $377,434 in grants awarded Monday by the Black Hawk County Gaming Association.

WATERLOO – From the giant peacock painting on Third Street to a 300-foot mural along the Cedar River, the Youth Art Team has helped shape how …

Hayden Rand, 9, and Addyson Greemore, 9, wait by the mural for the celebration to begin at the Riverloop Amphitheater Tuesday.

Isaiah Frazier, 12, stands next the mural near the Riverloop Amphitheater last summer.

Young artists and community leaders work on a mural on the Cedar River representing Waterloo's history of Civil Rights Tuesday.

A crowd gathers around as young artists and community leaders work on a mural on the Cedar River representing Waterloo's history of Civil Rights Tuesday.