Worshiping in your car: Cedar Falls church has unique way to reach parishioners during virus threat
3 comments
Share this
Return to homepage × 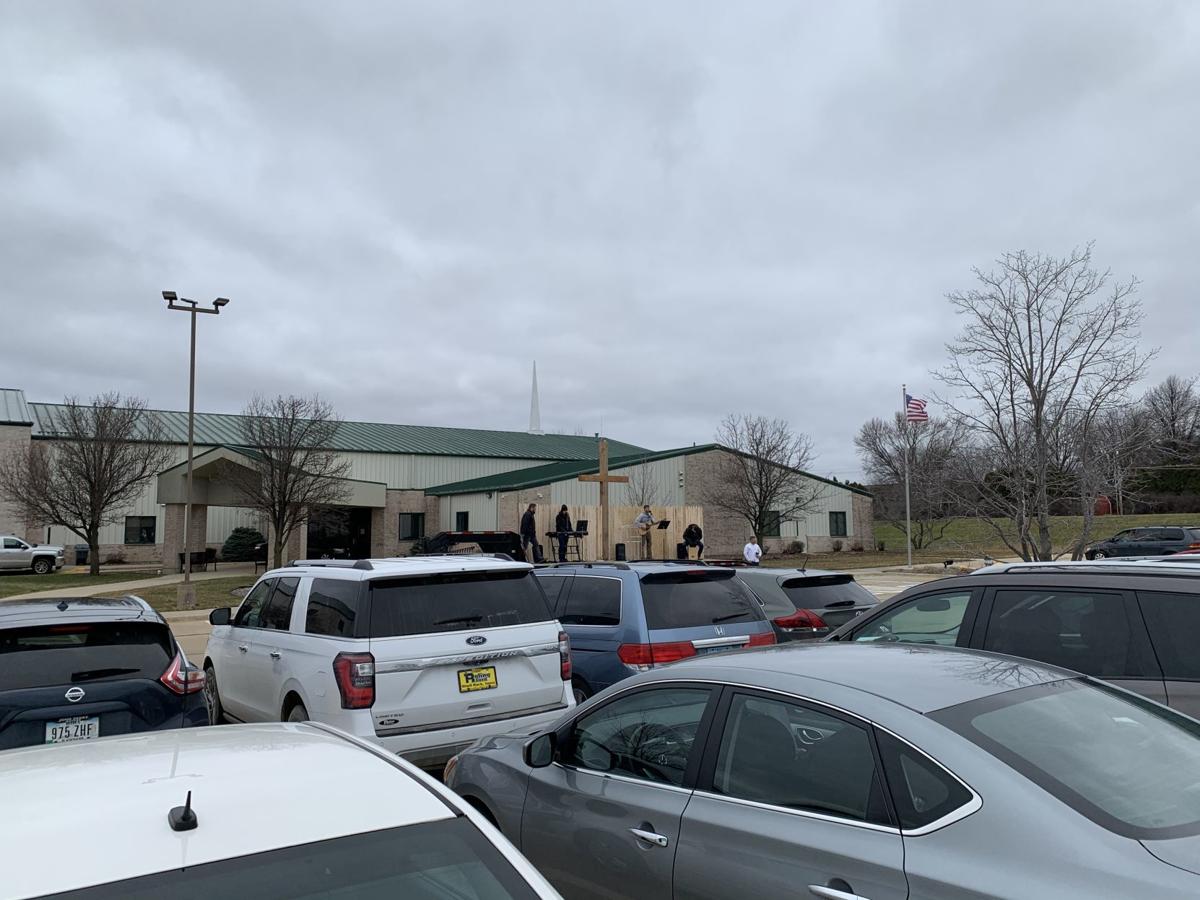 The parking lot at Bethany Bible Chapel in Cedar Falls was filled Sunday morning for a drive-in church service. 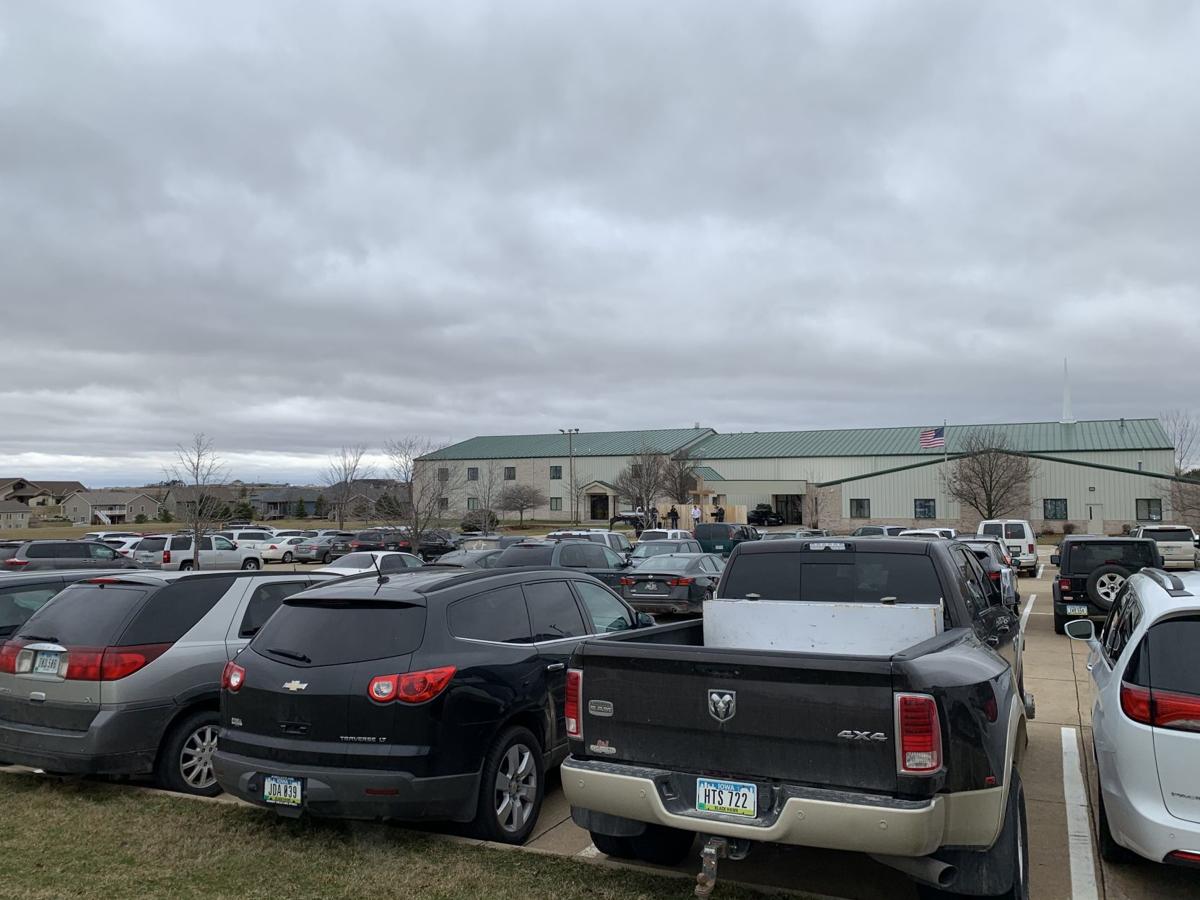 The parking lot at Bethany Bible Chapel in Cedar Falls, Iowa, was filled Sunday morning for a drive-in church service during the coronavirus threat. Parishioners listed to the sermon and music through their car radios. 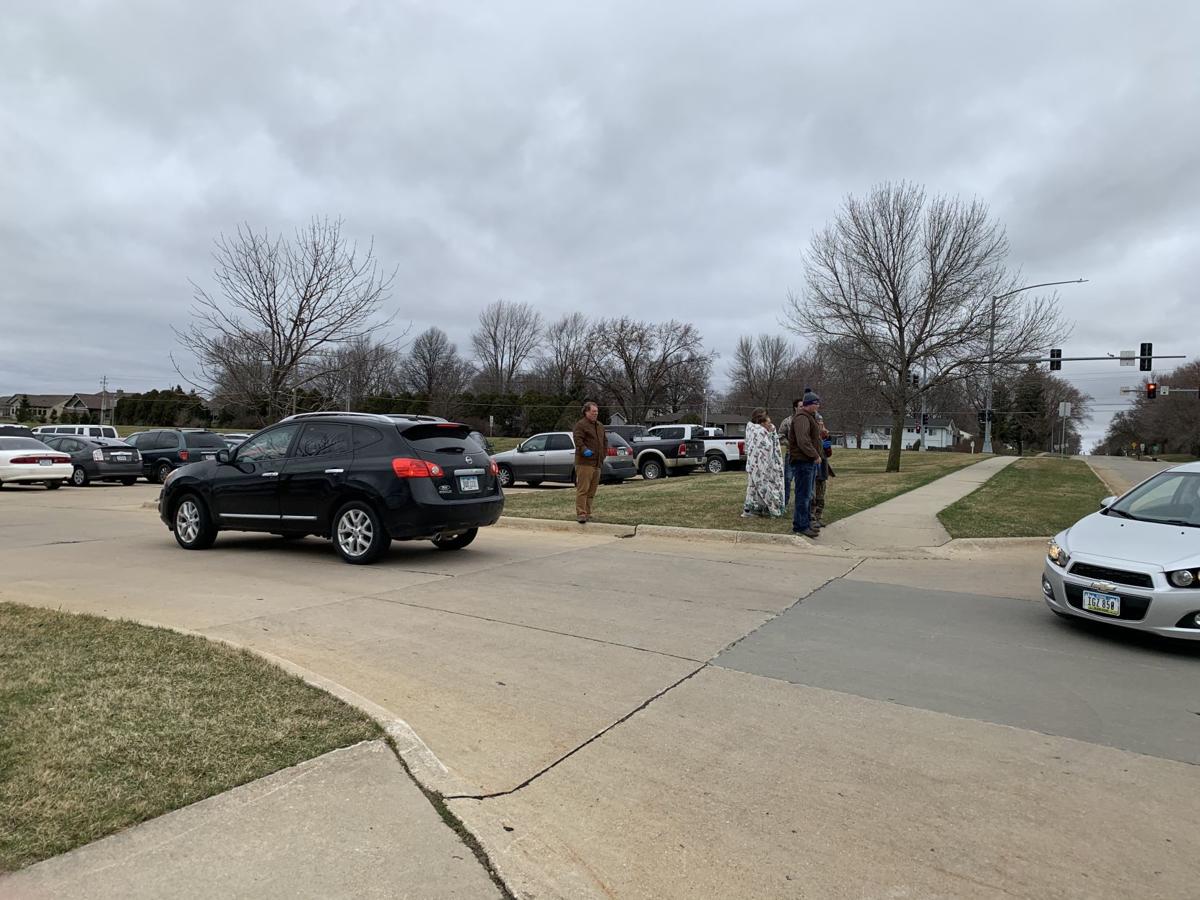 Attendees arrives Sunday morning to the parking lot at Bethany Bible Chapel, where a drive-in church service was held. A group of volunteers greeted those arriving and handed out song sheets. 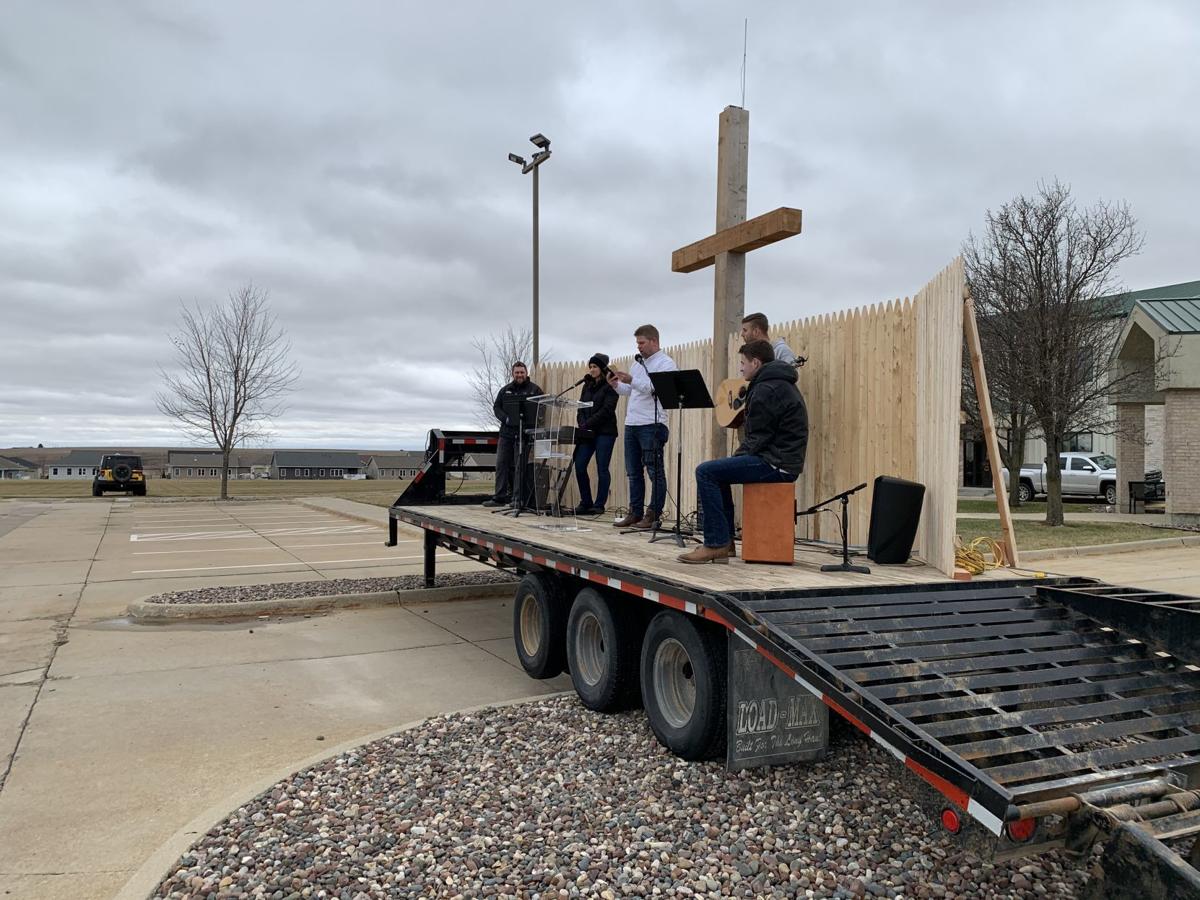 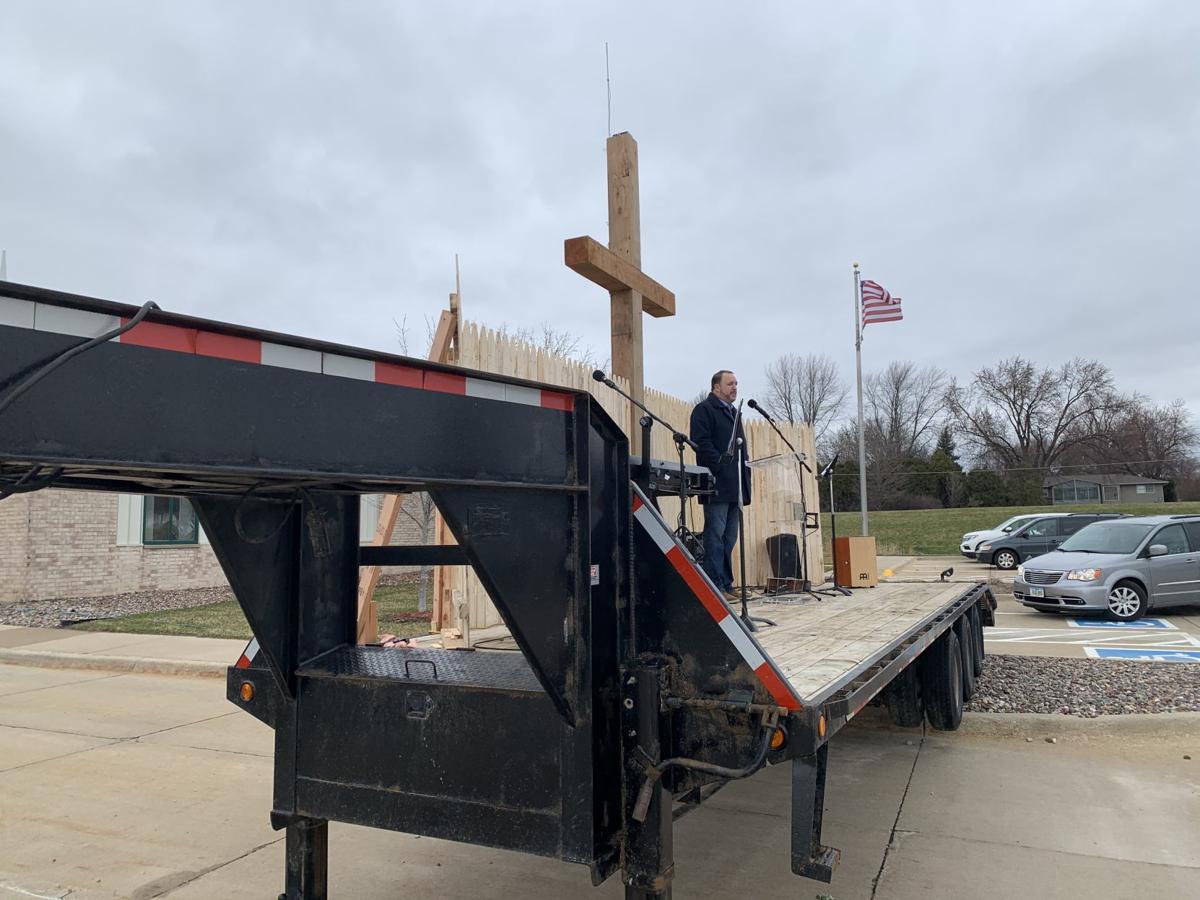 Black Hawk County Sheriff Tony Thompson said Monday, March 30, that gatherings such as the one described below are prohibited, per Gov. Kim Reynolds' proclamation on prohibiting large gatherings of more than 10 people.

CEDAR FALLS — With the coronavirus keeping worshipers home for another week, church parking lots were empty across the Cedar Valley Sunday – except at Bethany Bible Chapel.

The church’s lot was filled with more than 100 vehicles for a 10 a.m. service, which a worship band and speaker led from a flatbed trailer. Attendees stayed in their cars as the music and sermon were transmitted through a frequency on their FM radios, singing along and listening to the message.

While being in vehicles helped enforce the separation needed to keep COVID-19 from spreading, the congregation found ways to participate in the service.

A cacophony of car horns honked after the first song ended. People responded the same way to other songs and prayers. And following some key points in the sermon, preached by church elder Dave Wilson, the horns sounded again.

“I never, never expected to be standing in a parking lot talking to a lot of cars,” Wilson told the assembly outside the church at Greenhill Road and Rownd Street before starting his sermon.

“We love you, we care for you and we miss you all,” he added, speaking for the elders. “We’re going to get through this. God is bigger than this virus. Amen?”

Wilson said after the hour-long service that the elders came up with the idea to gather following last week’s service, where a guest speaker preached a sermon that could be watched over the internet. For those who couldn’t come to Sunday’s service, a pre-recorded version of Wilson’s sermon was available online.

Precautions related to the coronavirus caused the church to stop holding its early service, which includes communion. After last week’s online service, Wilson said people were asking about ways to still have some fellowship each week. “It just gives people encouragement,” he noted, of physically coming together.

Preston Ellsworth and Cassidy Rawson, both of Cedar Falls, said even though the fellowship was limited, it was important. It mostly consisted of volunteers who wore latex gloves moving between cars and handing out doughnuts before the service got underway.

“Bethany has an amazing community,” said Rawson, noting that people were “still abiding by all the rules but having a good time.”

Ellsworth added, “It was kind of cool how we were communicating through horns and car signals rather than voices.”

Jessica Lorsung of Cedar Falls was in a van with five children, ages 1 to 9, who were busily talking through open windows to kids in the neighboring van once the service ended.

“They’re so thrilled to see their family and friends,” she said. “We told them you’re not allowed to get out of the car. It’s just encouraging to be together.”

Despite the limits, she said “it was just more personal” to gather at church in their cars for a service than to watch a sermon online.

“I thought it was great. It was nice to be together with family again, we miss meeting together,” said Lorsung. “Hopefully this will work ongoing.”

WATERLOO – Black Hawk County is leading the charge in preparation for a possible shortage in child care.

UNI is taking a number of steps to ensure students, including incoming transfer students, graduate on time in the wake of widespread campus changes due to the coronavirus.

Nonprofits may now apply for grants from the Black Hawk County COVID-19 Cooperative Disaster Response Fund with the Community Foundation of Northeast Iowa.

The Recycling Center and Transfer Station will also be closed.

The 67-year-old minister for Clarksville Church of Christ over the past 22 years is in a difficult position at the hospital.

Is the mail safe? What about my shoes?

Starting Thursday, the reserved Aisles Online time slots will be from 7 to 8 a.m., seven days a week

Martin Bros. laying off some staff in face of COVID-19 shutdowns

Martin Bros. Distributing is laying off some employees as the food service company braces for "significant disruption" from coronavirus-related shutdowns.

A detour will be set up.

'Home' order to be considered by Cedar Falls council Monday

The Cedar Falls City Council will consider a resolution Monday urging Gov. Reynolds to implement stricter guidelines on people's movements in the face of the coronavirus threat.

The parking lot at Bethany Bible Chapel in Cedar Falls was filled Sunday morning for a drive-in church service.

The parking lot at Bethany Bible Chapel in Cedar Falls, Iowa, was filled Sunday morning for a drive-in church service during the coronavirus threat. Parishioners listed to the sermon and music through their car radios.

Attendees arrives Sunday morning to the parking lot at Bethany Bible Chapel, where a drive-in church service was held. A group of volunteers greeted those arriving and handed out song sheets.