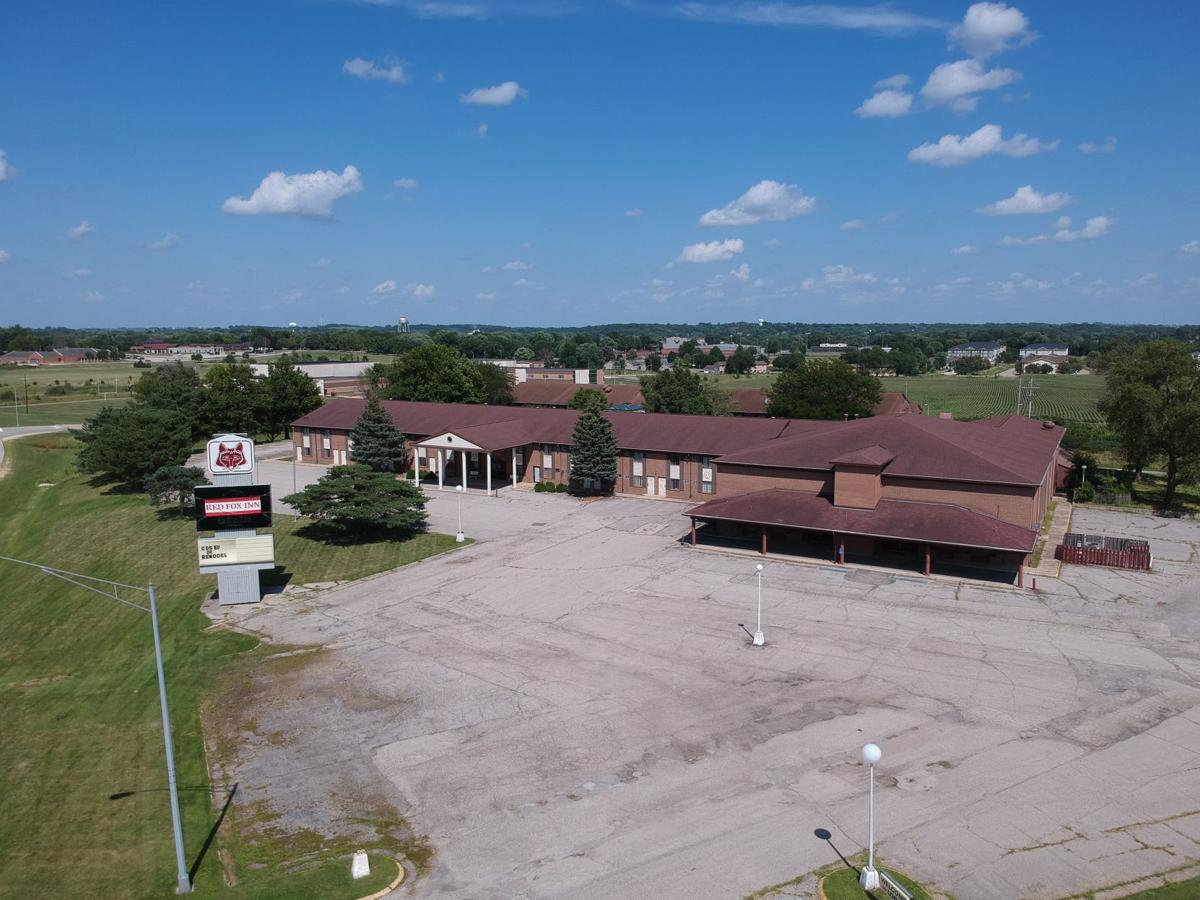 WAVERLY — The former Red Fox Inn has been acquired by the city after its owners abandoned the property late last year.

District Court Judge Chris Foy granted Waverly a judgment for legal title to the buildings, at 1900 Heritage Way, and surrounding nine acres June 23. A certificate of change of title to the city was recorded Monday.

City Attorney Bill Werger also appeared before the Bremer County Board of Supervisors Monday and requested all delinquent property taxes be abated. Werger said that amounted to “just under $100,000 over several years.” The board voted 3-0 to approve the abatement.

“We have a great community,” said Werger. “We certainly don’t want that eyesore.”

The city used provisions in Chapter 657A of Iowa Code to pursue ownership of the hotel. This allows cities to secure title to abandoned properties subject to substantial and continued deterioration. Werger noted it was the city’s first use of the law.

The corporation RR L.C. had owned the facility since at least the start of 2004, according to a Courier story from the time. Arvind Bhakta was part of the corporation and came from San Antonio that year to serve as general manager. Constructed in the early 1970s as the Red Fox Inn, the hotel was described as having 120 rooms, a banquet hall, an indoor pool, two restaurants, and a salon.

By 2019, though, “it was suffering because of the loss of revenues over the years,” said Werger. An auction of building items was held last fall.

MidWestOne Bank and the Small Business Administration both had liens on the property that had prevented a previous sale. Werger noted the bank, which held the mortgage, initially foreclosed on the property before rescinding that action.

Near the end of the year, the former owners and lien holders abandoned the property. Once city officials gained access to the buildings, “we realized they had shut off all the utilities and just walked away,” said Werger.

The result has been a property that became the target of trespassers who entered the buildings causing damage to the facilities and contents. Contacts were made to the owners — now living in Texas — and lien holders, with all declining to take any action to secure and protect the property.

On March 2, the City Council voted to approve actions securing the facility and preventing further damage or deterioration to the property while moving forward with court action to take its title. A lawsuit was filed, and in the last three months Waverly was able to secure consent of the owners and all lien holders to the judgment. The city did not have to pay any purchase price to acquire the property.

With legal title to the property, action will be taken by the city to fully secure the facility. Trespassing, including vehicle traffic into the property, will be not be allowed and trespassers will be arrested and prosecuted.

City officials are exploring opportunities for redevelopment of the site and have fielded inquiries. Anyone who wants to discuss redevelopment is urged to contact Waverly’s economic development office.

Werger is optimistic someone will step forward to redevelop the property, which could have a cost of $4 million to $6 million. If a new developer isn’t found, the city will demolish the structures at what he estimates will be a lower cost.

“We want to make sure our community looks good, especially on our entryways into town,” he said.

In the midst of nationwide protests that seemed to pit the Black Lives Matter movement against the police and vice-versa, Marquis Stephens reached out to an acquaintance, a white cop in Waverly, to find some common ground.

Waverly's swimming pool to remain closed for the season

City officials said they were unable to provide adequate staffing to appropriately follow the state recommendations.

Unemployed military veterans will be some of the first Iowa farmers to plant a hemp crop this year, and will eventually train other Iowa farmers on their techniques, if Randy Hasstedt's plan comes to fruition.

The company has contributed $10,000 to the Black Hawk County COVID-19 Cooperative Disaster Response Fund, a fund of the Community Foundation of Northeast Iowa (CFNEIA).

Hundreds converged Wednesday in a Waverly park for 8 minutes and 46 seconds of silent prayer — how long a Minneapolis police officer knelt on George Floyd’s neck, killing him.

WAVERLY — The Bremer County Landfill has seen more waste in the past five months than the landfill director can deal with by himself.

Though one council member advocated for an outright ban and another for leaving the law alone, Waverly is on track to limit displays of fireworks within city limits to just three days in early July, rather than two weeks.

The Waverly City Council has backed a plan to renovate the former landmark Red Fox Inn into apartments, hotel rooms and an event center.

The city will hold a public hearing on whether to approve the sale of the former Red Fox Inn for $1 to a private developer, in order to turn it into apartments, hotel rooms and a convention center.

Red Fox Inn in Waverly officially sold to developer for $1

The crumbling former Red Fox Inn will get a chance at a new life as a hotel, convention center and rental apartments.