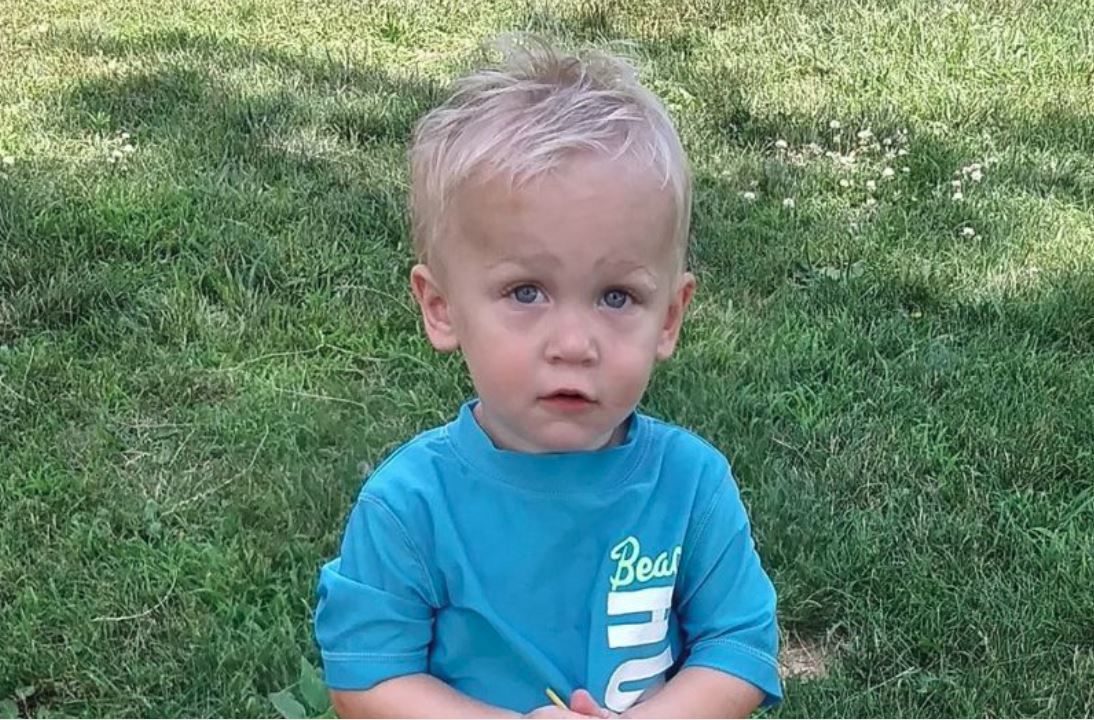 Eighteen-month-old Barrett Fairchild of Waterloo is in critical but stable condition after inhaling citronella oil. 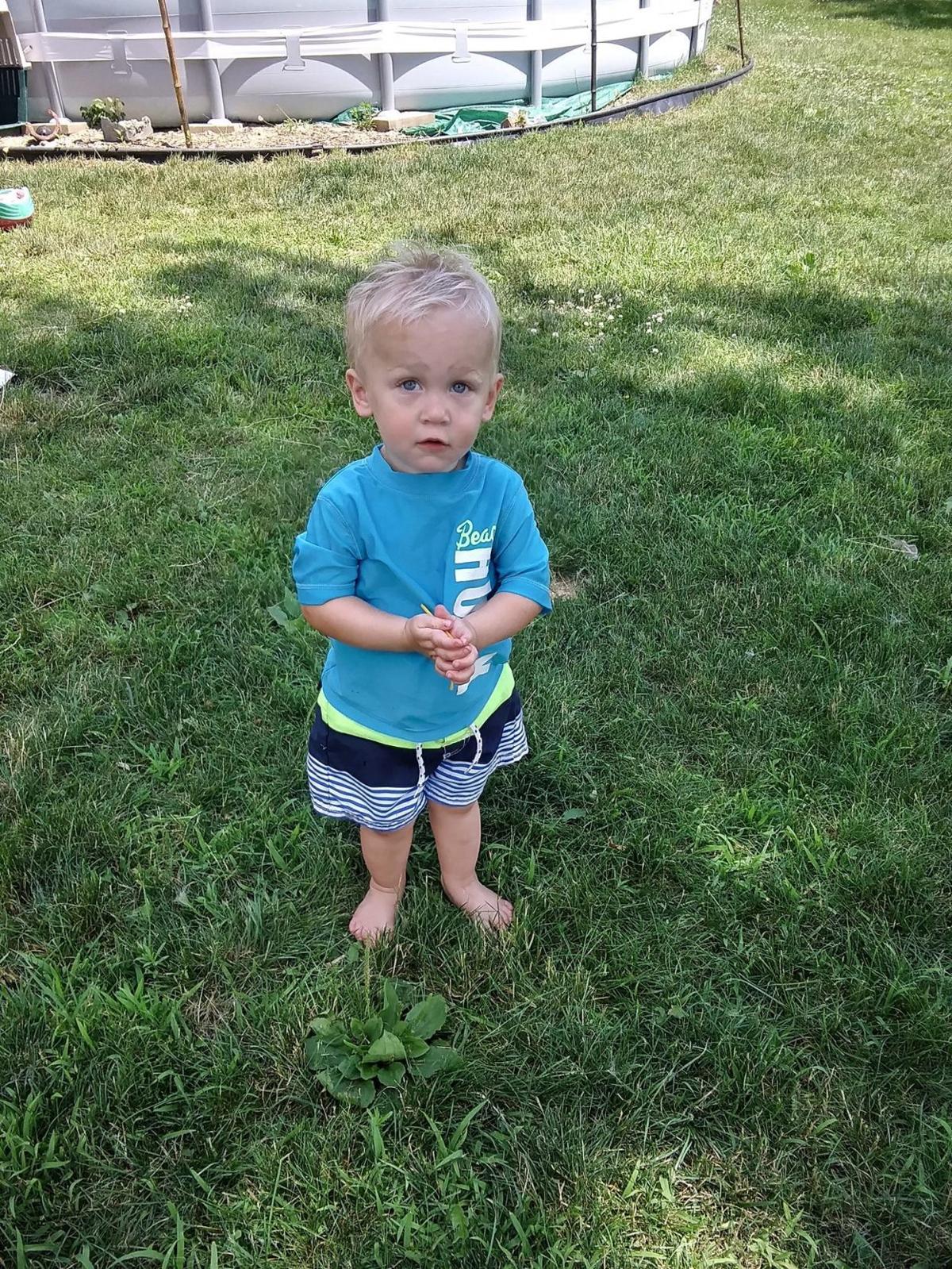 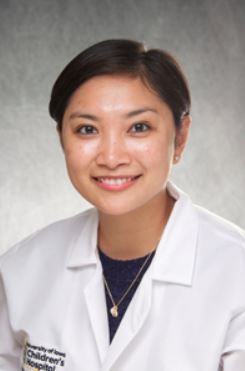 As a parent, I know awful things can happen to a child in the blink of an eye. Such was the case with a Waterloo toddler who inhaled citronella oil from a Tiki torch and was flown to an Iowa City hospital in grave condition.

I met with 2-year-old Barrett Fairchild’s mother at the University of Iowa Stead Family Children’s Hospital, where he was on the most extensive level of life support.

Miraculously, the little boy made a full recovery and returned home to his parents and six siblings. Stories like Barrett’s are among the many reasons I love my job.

WATERLOO — A tragic accident has landed a Waterloo toddler in the pediatric intensive care unit at an Iowa City hospital.

In an interview with The Courier, his mother, Ashley Fairchild, said doctors can’t say when Barrett will be able to come home. As of Thursday afternoon, 11 days after the toddler inhaled the fuel oil, he remains in a medically induced coma in critical but stable condition in Iowa City.

“Barrett is sedated and paralyzed to promote rest and healing at this time,” Ashley said.

It had been a normal summer day at the Fairchild home. Barrett was outside with his family after they’d taken a dip in their pool when his mother noticed he’d gotten into some Tiki torch fuel.

“I caught him as soon as it had happened, but he had already ‘drank it,’” Ashley wrote on her Facebook page. “I say it like that because at the time that’s what we thought.”

Barrett had stopped breathing and his father, Nick Fairchild, raced him to UnityPoint Health-Allen Hospital. Once there, the boy seemed to be doing OK, Ashley said, but that changed quickly. Shortly after he arrived at Allen, it was determined the toddler had aspirated the fuel. It was in his lungs.

“Shortly after arrival, our sweet beautiful son would need to be intubated and flown to Iowa City to be on the (pediatric intensive care unit) floor,” Ashley wrote. “ ... Since arriving there they have needed to place a chest tube and are constantly changing setting(s) on the vent and to his entire plan of care. What we are dealing with is acute (respiratory) distress. His lungs are what was affected. We need all the prayers and well wishes we can get.”

“He arrived through the PICU here in a very sick way,” she said. “He had just ingested Tiki torch fuel. That is a petroleum-based product containing hydrocarbons. We see a fair amount of kids with hydrocarbon ingestion, and sometimes it goes down their lungs as well and they need help breathing.”

Barrett was connected to a mechanical ventilator on arrival, but the severity of his lung injury required deeper medical intervention.

“We needed to urgently put him on a lung machine,” Cifra said.

“Right now, because his lungs sustained significant injury, he will need to be on the machine for probably another week,” Cifra explained. “We’re not even allowing him to breathe to allow the lungs to heal. Young children have the capacity to recover fairly well, but it depends on how severe the injury is. For Barrett, it is quite severe.”

Next week, doctors may try to increase ventilator settings to allow small amounts of air to again move through Barrett’s lungs. “We’ll see how well the lungs reinflate,” Cifra said.

In the meantime, parents Ashley and Nick are tag-teaming time with their son in Iowa City.

“Between Nick and I, we take turns being with Barrett or at home, rarely being in the same place at the same time. But one of us has always been by Barrett’s side,” Ashley said.

It’s a frantic dance, she noted. The couple are the parents of seven children — Barrett and his twin sister, Evelyn; Alayna, 7; Annabelle, 5; Bradley, 4; Elizabeth 2; and Naomi, 1 month. Family members have helped look after the children while Nick and Ashley shuffle their lives to be with Barrett.

Ashley is a stay-at-home mom and Nick is employed by Summers Enterprise in Masonville. A GoFundMe account, titled Barrett’s Recovery, has been set up to help the family with expenses.

“We want to thank everybody for the love, support, prayers, and generosity,” Ashley said. “We have had people reach out from all over the United States and beyond to let us know they are thinking about and praying for our sweet boy. No parent would ever imagine themselves in this position so it has been overwhelming to know so many people care.”

At Nose Art Studios in Cedar Falls, photography has gone to the dogs

CEDAR FALLS — For photographer Amy Clark, the magic of capturing a good photo is knowing where her subjects will sniff, how fast they’ll make …

Members of the public are invited to take part in a research project conducted by the University of Northern Iowa in collaboration with MercyOne.

UPDATE: Big league baseball coming to 'Field of Dreams' in 2020

The Chicago White Sox will play a game against the New York Yankees next August at the site in Iowa where the movie "Field of Dreams" was filmed.

COLUMN: Call this youth crisis what it is: A Juuling epidemic

National data about the pervasiveness of e-cigarettes show that it increased nearly 80% among high school students from 2017 to 2018. One in 5 report currently vaping.

VGM Retail is now overseeing the gift shops at MercyOne hospitals in Waterloo and Cedar Falls.

A Waterloo toddler is making a remarkable recovery at the University of Iowa Stead Family Children's Hospital after inhaling tiki torch oil in July.

Eighteen-month-old Barrett Fairchild of Waterloo is in critical but stable condition after inhaling citronella oil.