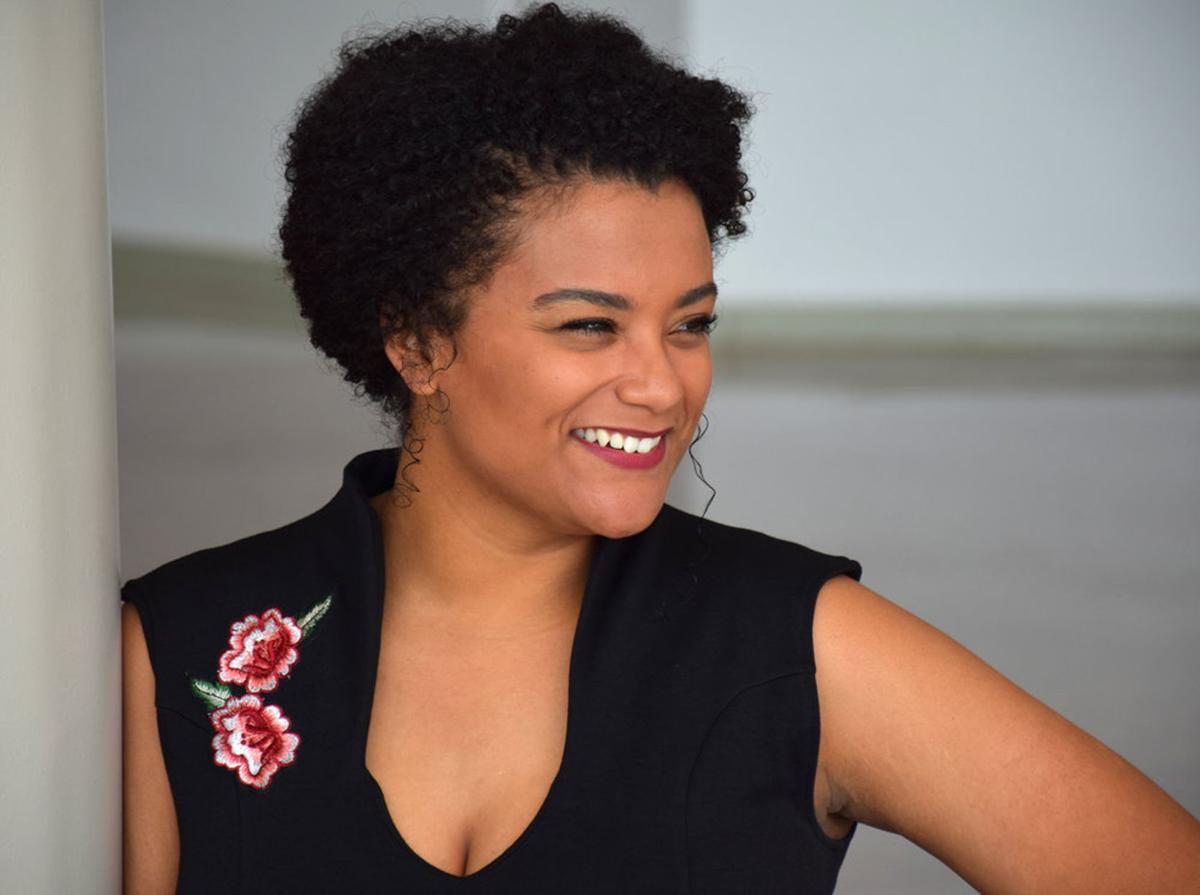 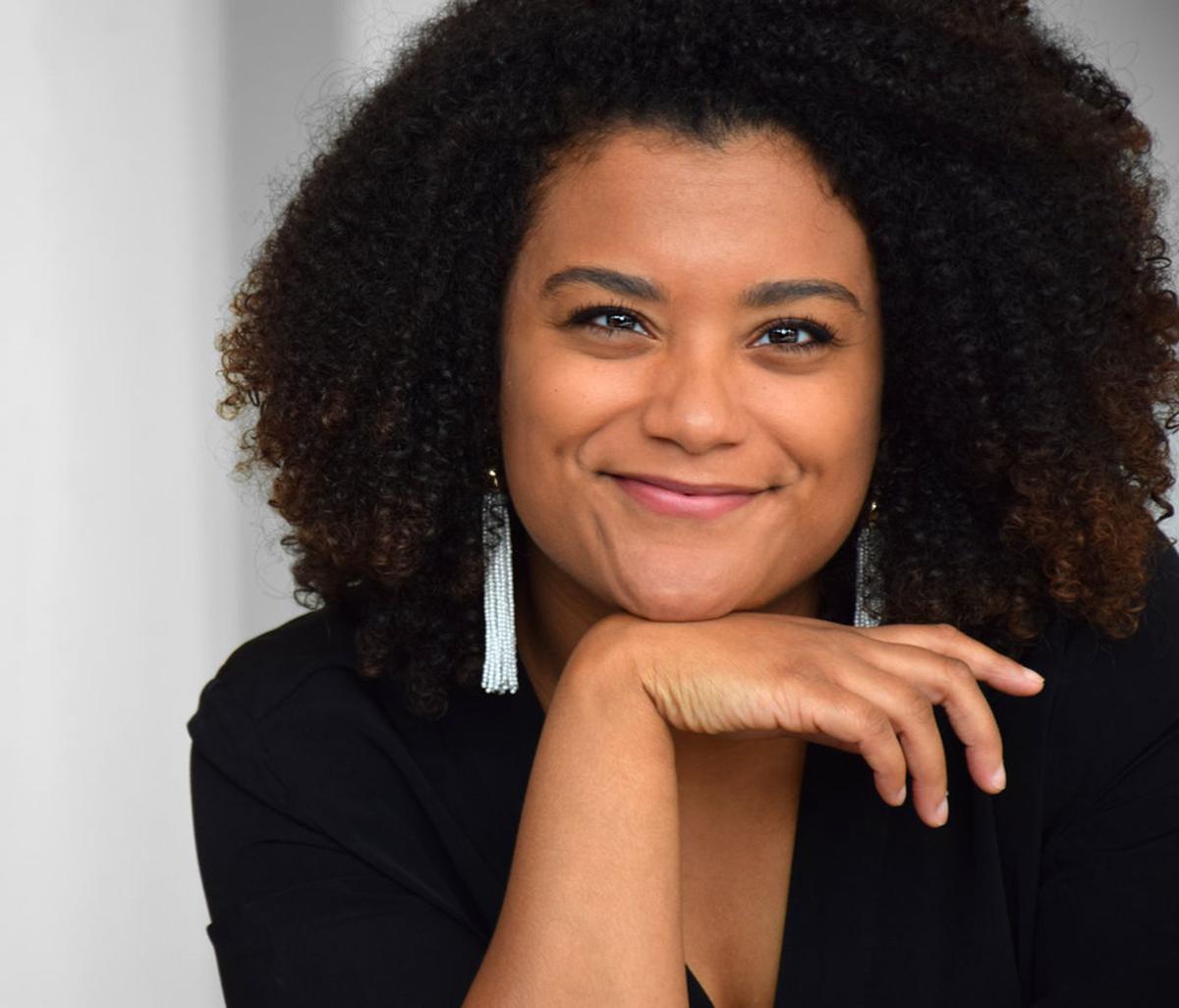 WATERLOO — At 25, Waterloo native MaKayla McDonald is embracing her life as a classical and opera singer in New York City. Last fall, she sang the lead role of Harriet Tubman in the New York premiere of Thea Musgrave’s “The Story of Harriet Tubman” with Utopia Opera.

This spring, she’ll sing with the Bronx Opera in a Gilbert & Sullivan comic opera.

Her performance as Harriett Tubman was an “absolutely amazing experience,” McDonald says, especially with critics describing her soprano as “stellar.” But performing the role was important to her for other reasons, as well.

“I saw myself reflected on stage — a person of color, a woman of color, and that gave me such an overwhelming sense of belonging. I was so excited to get involved in the show and to sing such a large role as Harriet. But walking into that audition room and seeing all these black musicians and to sing such stellar music, I realized I’ve chosen the right career.”

“I resisted classical music for many years. It seemed unattainable to me. I thought it was music reserved for the upper echelons, that it was too exclusive, so I resisted it. It was hard to see anyone who had my skin color reflected up there on stage. I thought it wasn’t for me,” McDonald recalls. Her mom is Michelle Hall, and her stepfather is Tavis Hall.

At the University of Northern Iowa School of Music, McDonald finally began an in-depth exploration of the classical and operatic canon. She studied with vocal instructor Jeffrey Brich, vocal coaches Korey Barrett and Mark Bilyeu and acting coaches Mitra Sadeghpour and Cynthia Goatley, among others. The soprano earned both her bachelor and master’s degrees in voice performances from UNI.

While at UNI, McDonald performed roles in such UNI operas and opera scenes as “Little Harlequinade,” “Signor Deluso,” “Susannah,” “Dialogues des Carmélites,” “L’elisir d’amore” and “Dead Man Walking.” She also played a young Ann Richards in the premiere of Cynthia Goatley’s “Just Ann,” and performed with the Metropolitan Chorale in a commissioned piece by Andrew Boysen Jr., “To Break Earth’s Sleep.”

After graduation, McDonald believed New York City was the place to begin building her professional career. “I hit the ground running. Every single day I have to make a good impression. It can be hard. I was used to the comfort of singing at UNI and with community groups. Being in Manhattan means I have to put all my skills to the test.”

The soprano has already had a great measure of success. In addition to the Tubman role, she has performed with the Dell’Arte Opera Ensemble and the Light Opera of New York.

Off-stage, McDonald is a music tutor and supplemental instructor for the music department at the Borough of Manhattan Community College. She has her own small private voice studio and cantors regularly with All Saints Episcopal Church-Woodhaven.

In her spare time, McDonald explores the city like any other tourist and enjoys relaxing and drinking rose on a blanket in Central Park when the weather is fine. She’s also made it her mission to sample all of the best tacos she can find in NYC.

Presently she is working with the Bronx Opera on Gilbert & Sullivan’s classic comic opera “Mikado.” The opera opens in April, and McDonald is singing the role of Peep-Bo. She also is working with New York’s City Lyric Opera. This summer, McDonald will participate in Dell’Arte Opera Ensemble’s 2019 Summer Festival, “Voices from the Tower.”

“These are amazing opportunities, and it’s reaffirming to see other people who look like me performing on the operatic stage. That whole experience of performing the Harriet Tubman role, that solidly affirms that this is what I’m meant to be doing,” McDonald adds.

Two people have been arrested for allegedly breaking into storage units.

Three people have been arrested after a search found methamphetamine and other drugs at a rural Waterloo home Wednesday.

CLIVE — A Waterloo man has claimed two prizes he won in Saturday’s Powerball drawing – one a bit bigger than the other.

Thieves in the Cedar Valley are again trying to mine precious metals tucked away in automobile parts.

"This lake is a gem in the city of Waterloo, and not everybody knows about it. This project just improves upon that."

'Dazzled in every direction': Waterloo auction to feature thousands of collectibles, including Michael Jackson memorabilia

The event will happen in person Friday, Saturday and Sunday at the Five Sullivan Brothers Convention Center exhibition hall in downtown Waterloo.

Authorities have released the identity of the woman who died in an accident in an Oelwein parking lot on Tuesday.

The discipline is for an incident that occurred earlier this month, but the superintendent declined to discuss any specifics about what it involved.

Police are investigating a shooting date that damaged a Waterloo home.