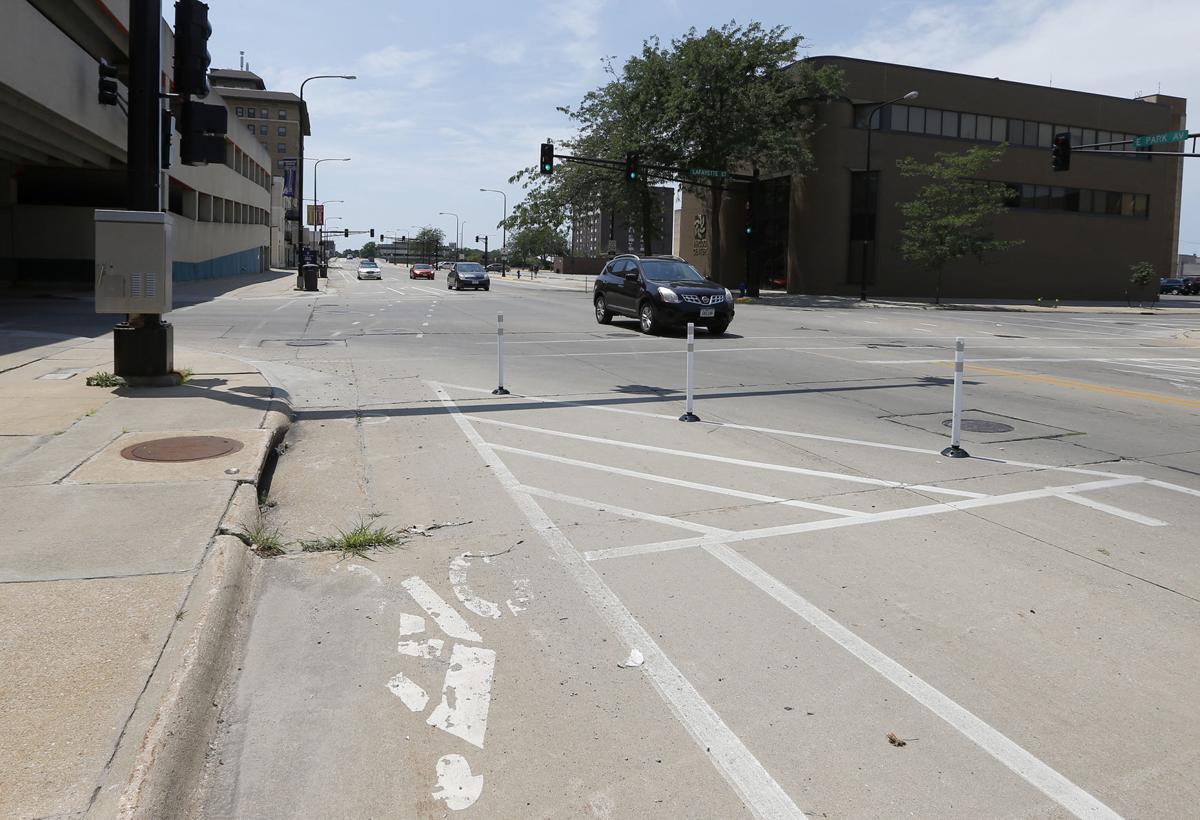 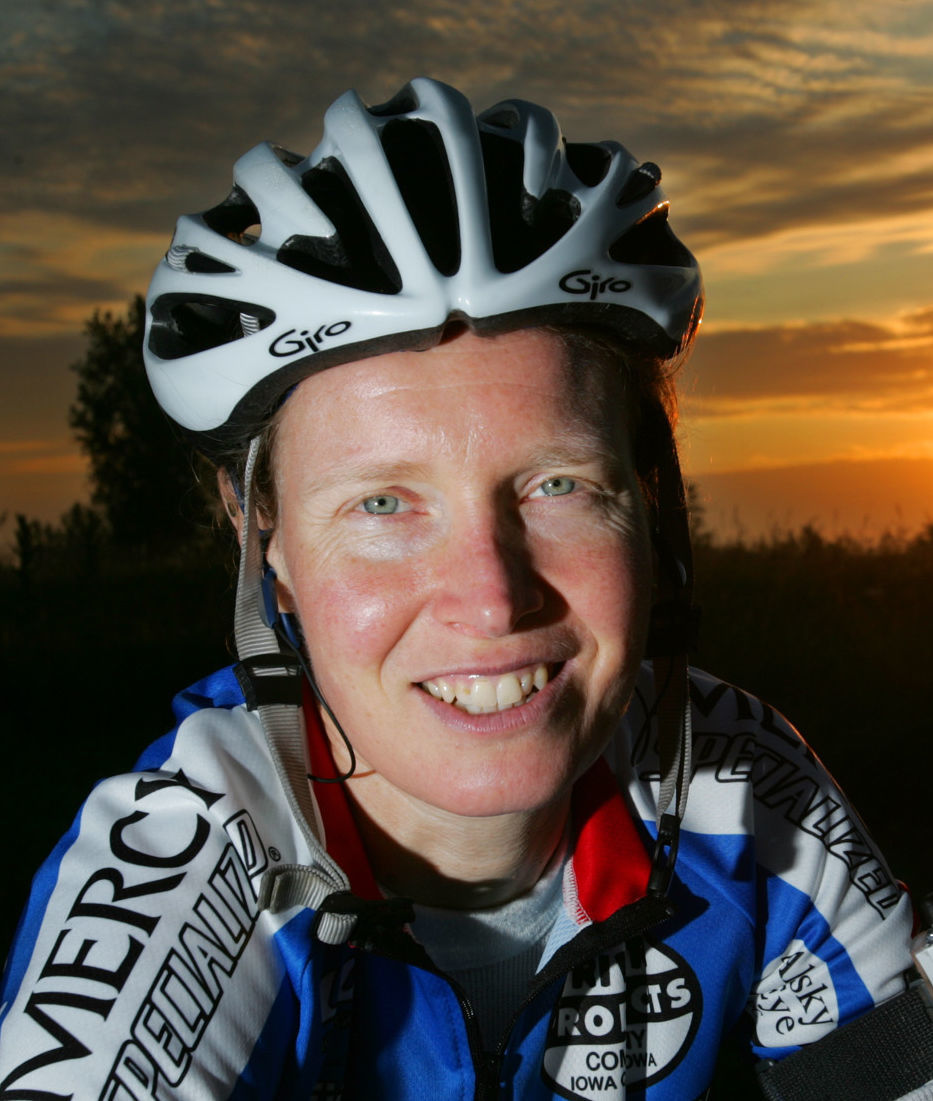 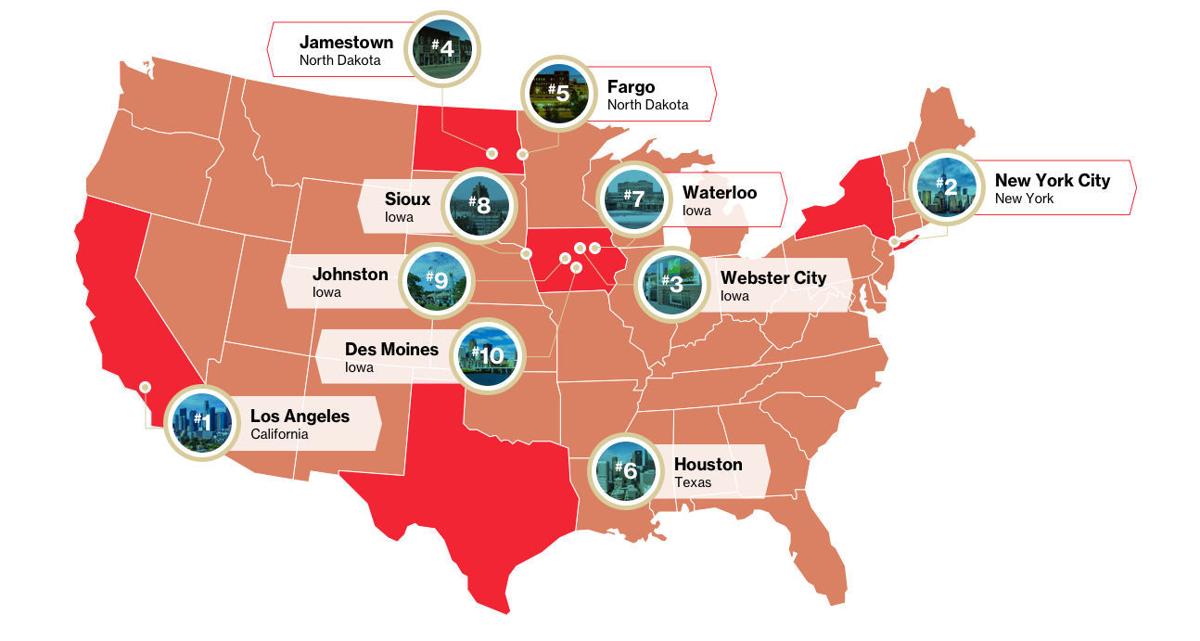 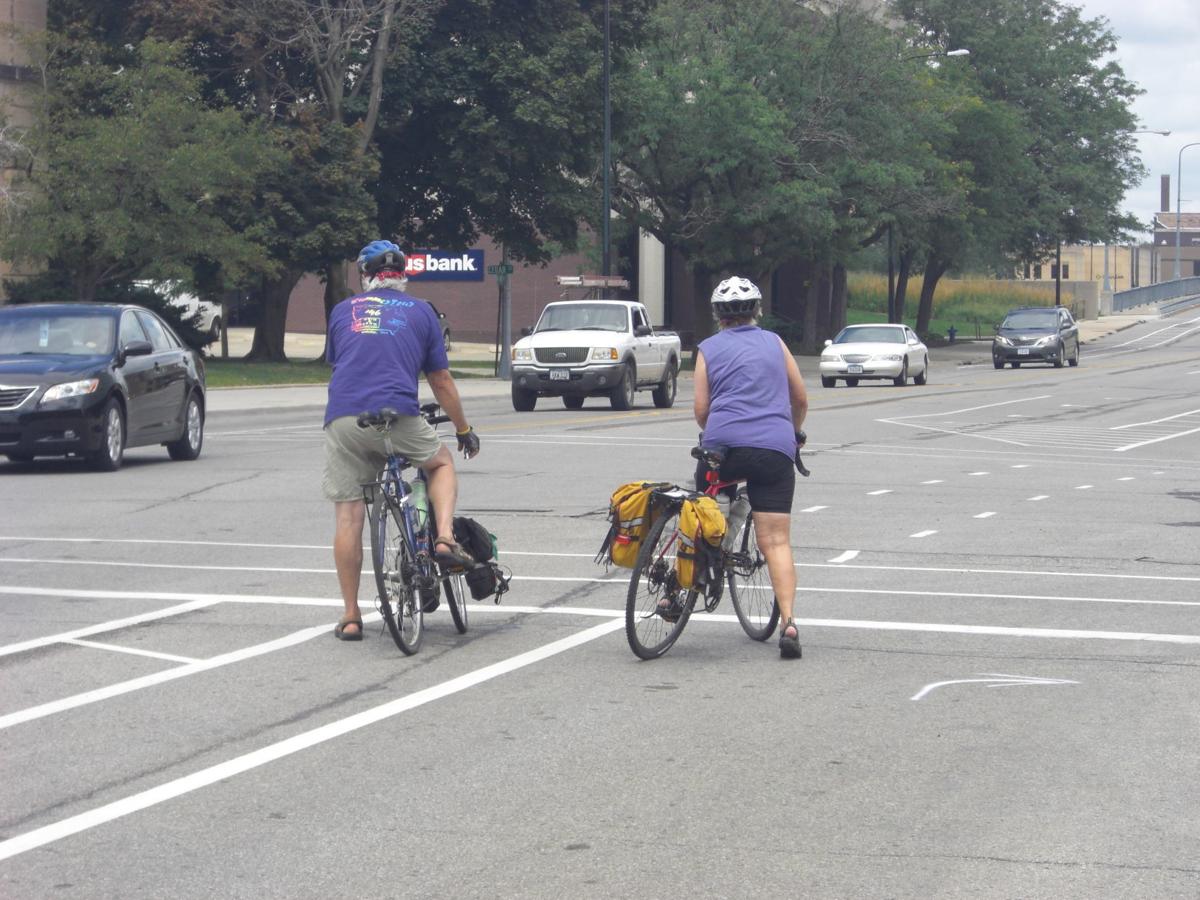 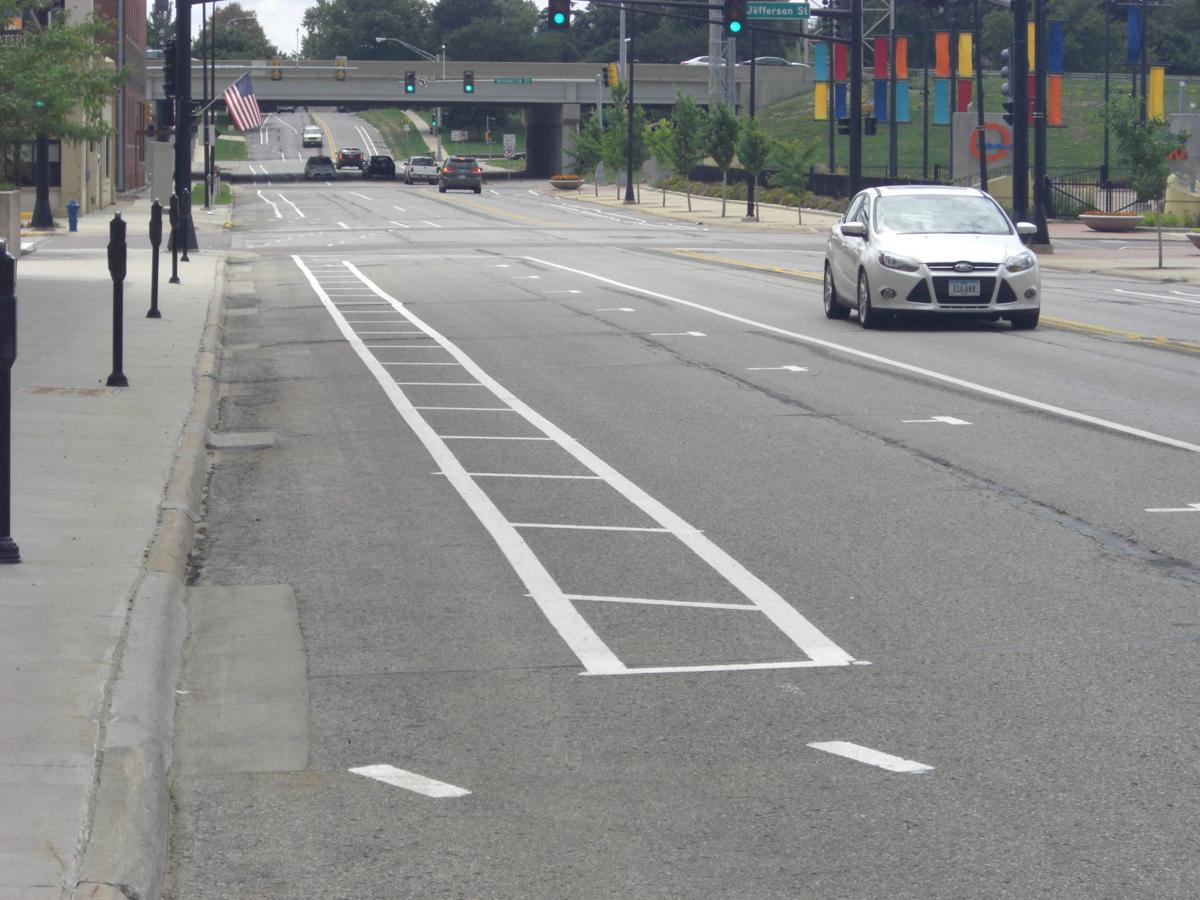 WATERLOO — Five of the top 10 most dangerous cities for cyclists are in Iowa — and Waterloo is one of them, according to a report by security company ADT.

Waterloo ranks as the seventh- most dangerous city for someone on a bicycle, according to the report, released last week by the security company.

“It’s news to me, but I guess I’m not surprised,” said Greg Young, who owns Waterloo Bicycle Works in downtown Waterloo.

ADT ranked cities by number of bike commuters, protected bike lanes and the presence of cyclist-friendly laws, like safe passing and complete streets laws. It also factored in the number of fatal crashes.

Young said much is made about the Cedar Valley nature trails, and rightly so, but that’s where the safety stops.

“A lot of people are nervous to ride on the streets,” he said, noting it is especially true on paved county roads without shoulders.

The report comes on the heels of a crash last week that killed Connie Inks, 54, of Waterloo. Inks was riding along U.S. Highway 218 in Washburn when she was struck by a vehicle and killed. A trail next to the road is under construction but was unusable at the time, according to authorities.

UPDATE WITH NAME: One dead in bicycle crash in Washburn

Cyclists have a legal right to use the traveled portion of roadways, but must adhere to traffic rules just like vehicles.

“Somehow, we need to get a handle on the scofflaws,” Young said, referring to cyclists who disregard traffic rules. “They make it hard for the rest of us.”

Some cities are taking on those scofflaws. Hudson recently passed an ordinance detailing the rights and responsibilities of cyclists using public roadways. 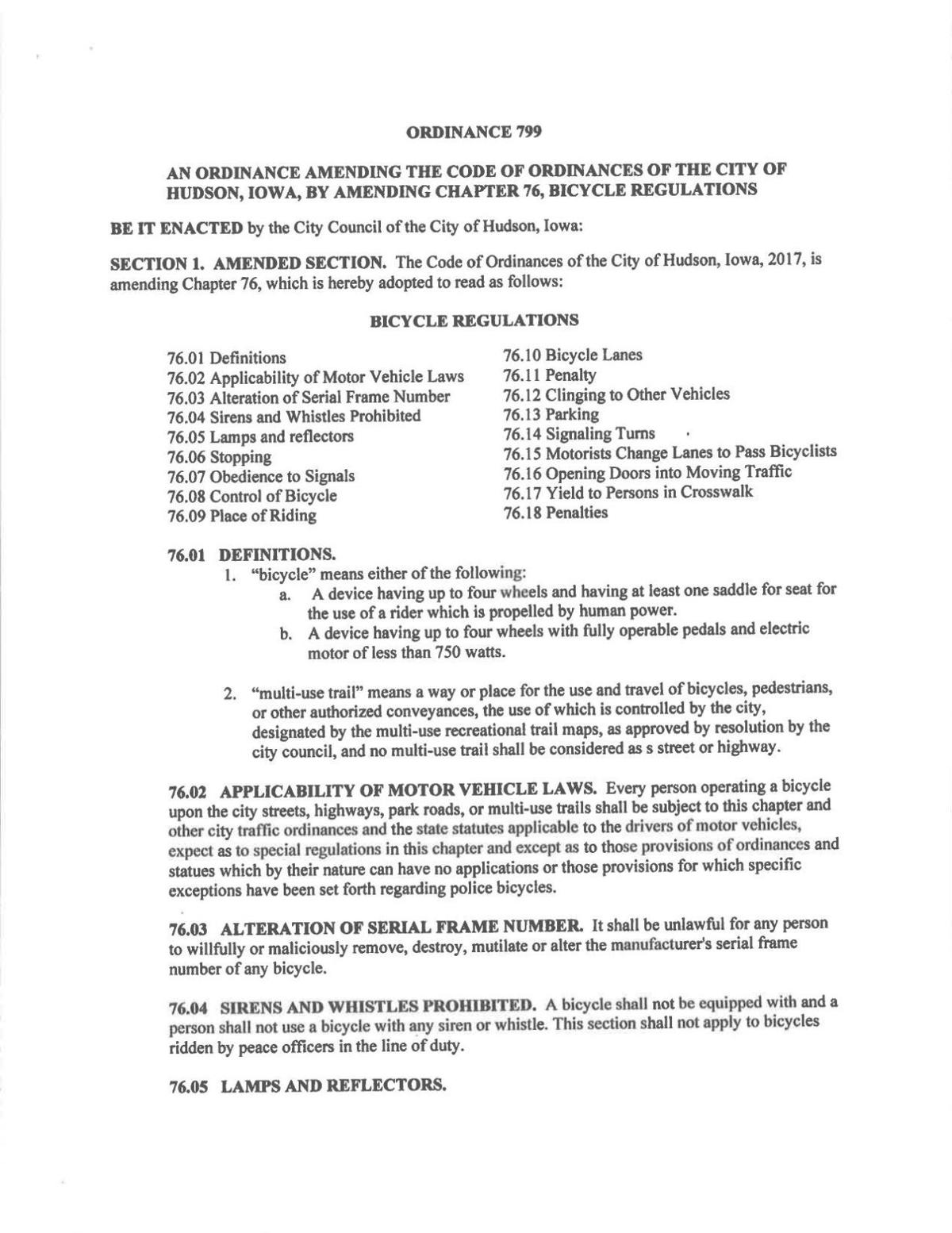 Ward 3 Waterloo City Council member Pat Morrissey said he likes Hudson’s ordinance so much he’s given it to Waterloo’s city clerk, and plans to bring her approved version to a council work session later this month.

“I brought that up way before we were designated seventh,” Morrissey said. “There are issues with bicycling and people’s lack of awareness that bicyclists do have a right to the road.”

Morrissey said the bike lanes on Park Avenue downtown are “a beginning,” and pointed to Waterloo’s complete streets advisory committee as part of the city’s positive strides.

“Waterloo should be a town that is switching over to (being a) walkable, bikeable community,” he said.

Davis, Calif., ranked as the safest city in the U.S. for cyclists, while Los Angeles was the most dangerous.

Six of the top safest cities were in California, most of them in northern California. Boulder and Fort Collins, Colo., also made the top-10 safest list.

WATERLOO – A Waterloo bicyclist received minor injuries when he was struck by a car Monday night.

WATERLOO – A Waterloo man was driving on drugs and distracted when he struck and killed a competitive cyclist near Washburn in July, according…

If the new bicycle lanes and vehicle parking configuration on Park Avenue in Waterloo is confusing to you, we suggest you take advantage of on…

Waterloo Council to consult with CF on bicycle ordinance changes

One injured in hit-and-run bike crash in Waterloo (PHOTOS)

A bicyclist has been taken to the hospital following an apparent hit-and-run crash with a car in a Waterloo neighborhood on Tuesday afternoon.

It involves a July hit-and-run crash that killed a bicyclist.