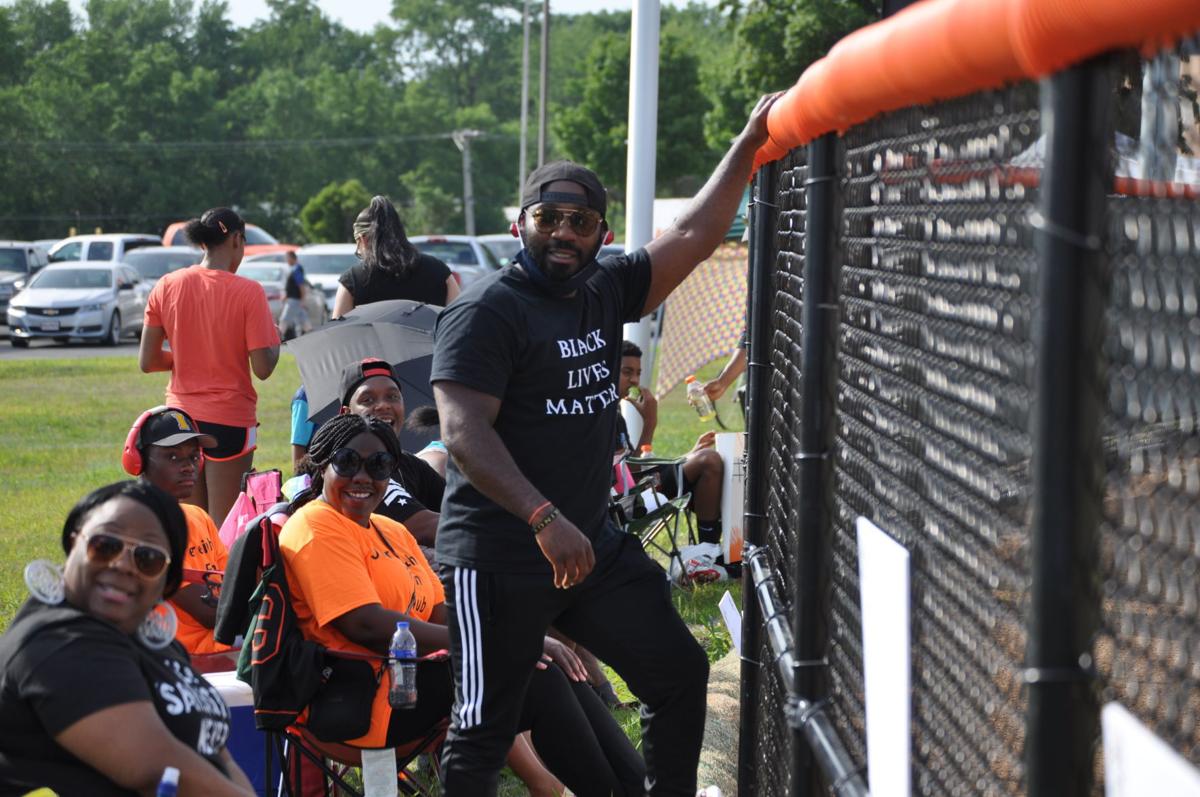 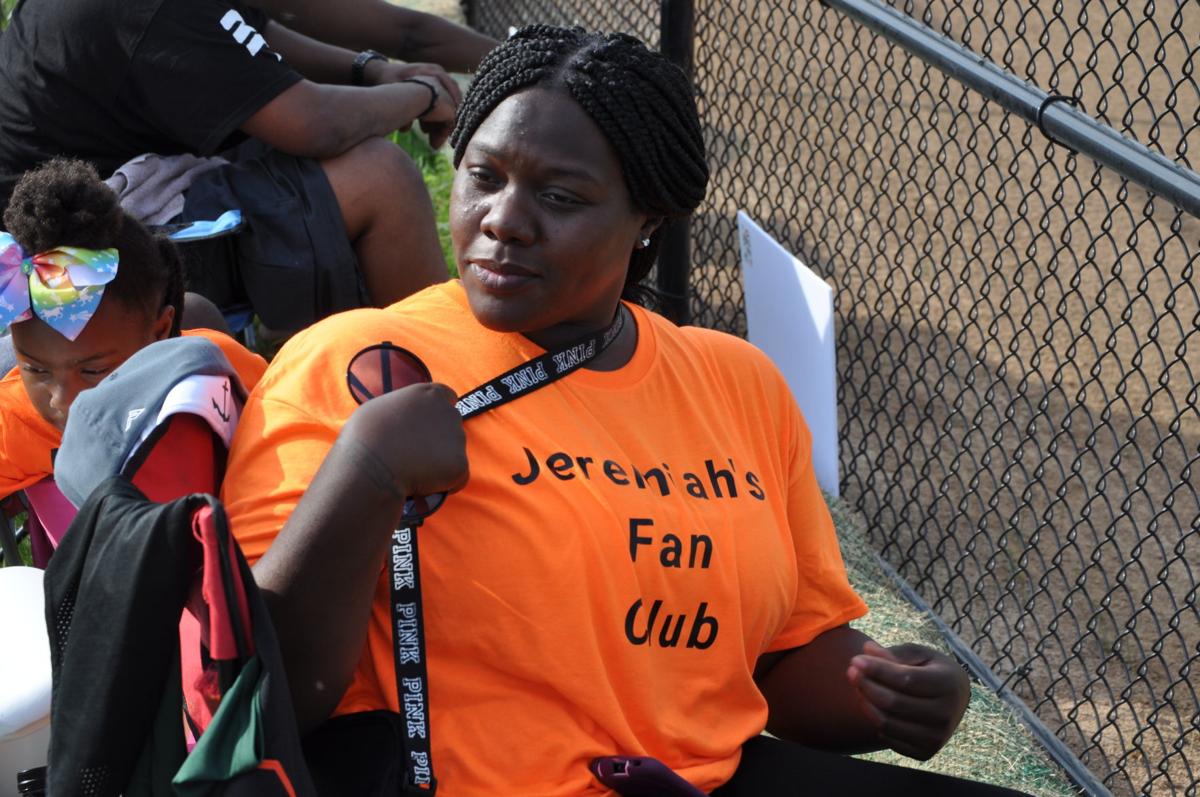 Willetta Thomas models the shirt she had made for the Charles City game. 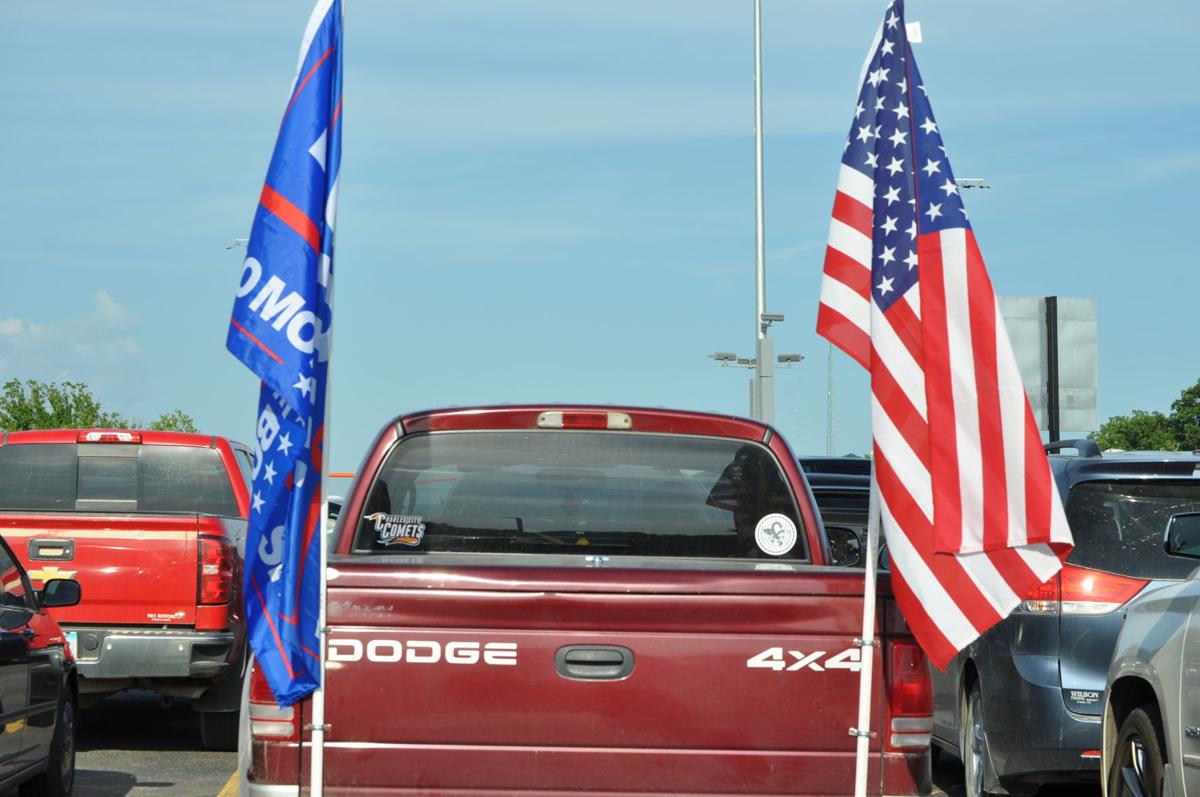 A Dodge truck sporting a Charles City Comets sticker, an American flag and a Trump flag circled the high school parking lot, and then came back and parked at the game. 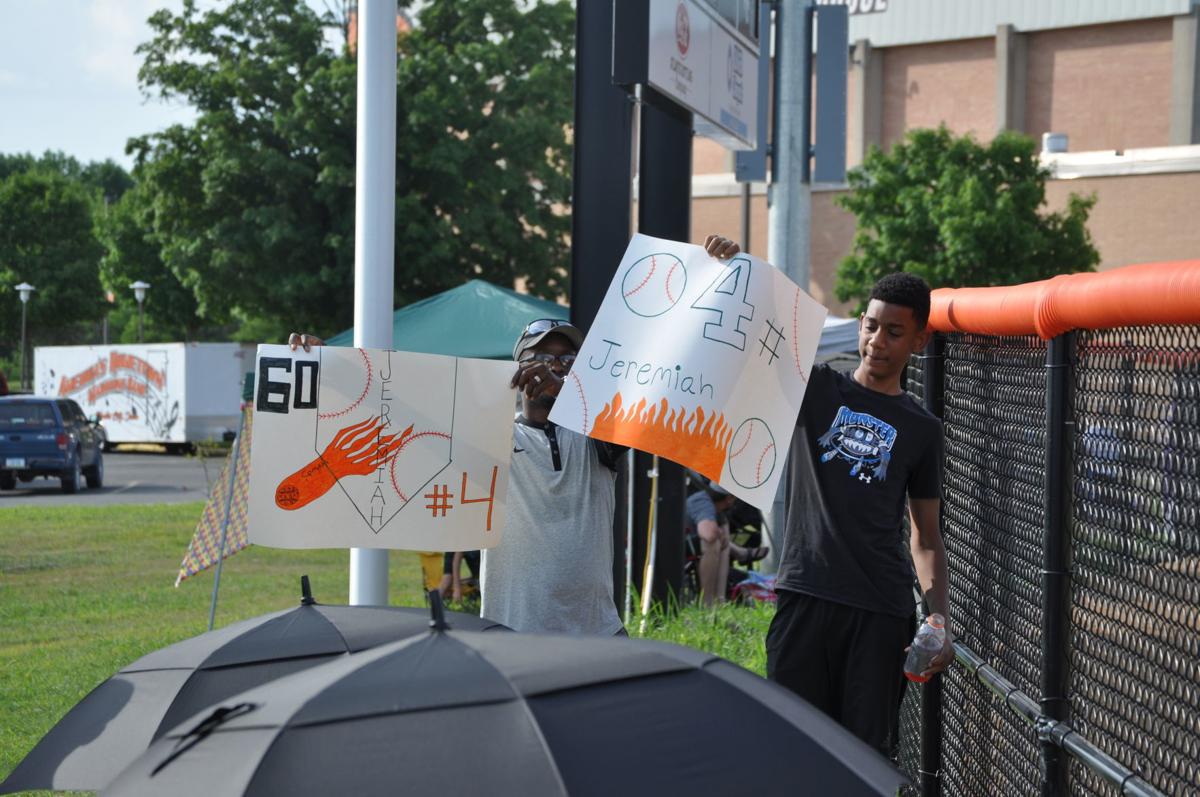 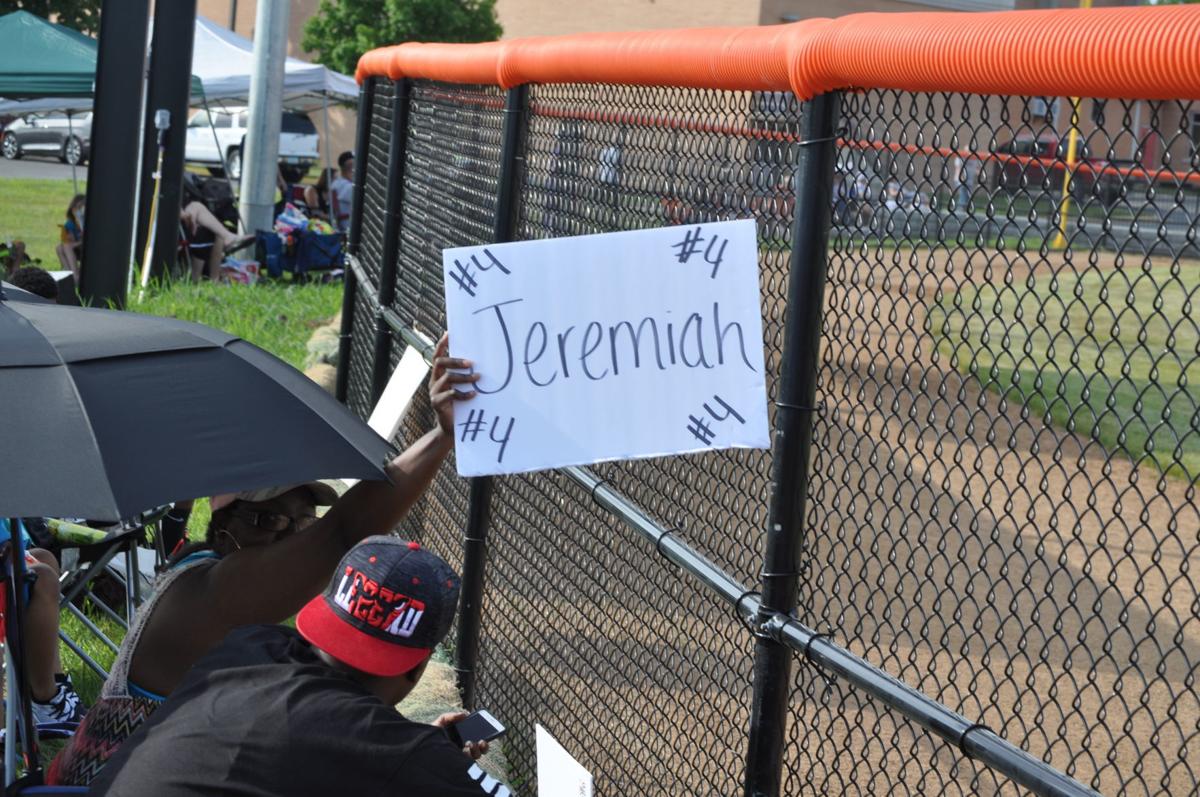 The welcome could have not been warmer.

In addition to the Comets’ regular fans, another group gathered at the centerfield fence, bearing signs of encouragement for #4 and wearing shirts with his name.

Corey Muhammad, a coach and employee of the Waterloo School District, was a high school athlete once and remembers well what it meant to be a Black athlete in a mostly white community, and he wanted Chapman to know he wasn’t alone.

He wasn’t. On the Facebook page Black in Waterloo the conversation swirled around finding ways to support the young man. In the end, around 15 people road tripped to Charles City.

“What happened to him was gross. It was unacceptable,” said Muhammad, referring to the slurs to which Chapman was subjected, among them that he should have been George Floyd, the Minneapolis man who was killed by police, that he should “go back to the fields,” and “Colin,” a reference to former NFL quarterback Colin Kaepernick, who kneeled during the national anthem to draw attention to racial injustice.

“We’ve all played in places where this has happened,” said Muhammad, the people around him immediately beginning to recite the names of Iowa towns where something similar happened to them.

Waverly-Shell Rock High School put out a statement on their Facebook page saying they “fully acknowledge” the remarks happened.

The past is the past, according to Muhammad. What was important Friday night was lifting Chapman up. And lift they did, cheering loudly every time he made a play in the field or took a swing at the plate.

Willetta Thomas, Muhammad’s sister, was the artist behind the signs and the creator of the orange T-shirts of the Chapman Fan Club. Muhammad said the coaches of Waterloo Columbus and Waterloo East sent jerseys and hats for Chapman.

“This is not a Black problem,” Muhammad said. “And it shouldn’t only be talked about in public, but in homes, around tables.”

Police found piles of human and animal feces on the floor, along with soiled diapers with contents smeared over the floors.

More jobs are being eliminated at Deere & Co.

EVANSDALE – One person was taken to the hospital following a pursuit that ended near Elk Run Heights Monday morning.

The driver took off, running stoplights before crashing into another vehicle.

WATERLOO – A Waterloo man has been arrested for allegedly holding up a motel worker at knifepoint early Monday.

Kelly Dunn, who described herself as 'the underdog' in the race for an at-large seat on Cedar Falls City Council, has come out ahead of LeaAnn Saul in Tuesday's runoff election.

Willetta Thomas models the shirt she had made for the Charles City game.

A Dodge truck sporting a Charles City Comets sticker, an American flag and a Trump flag circled the high school parking lot, and then came back and parked at the game.