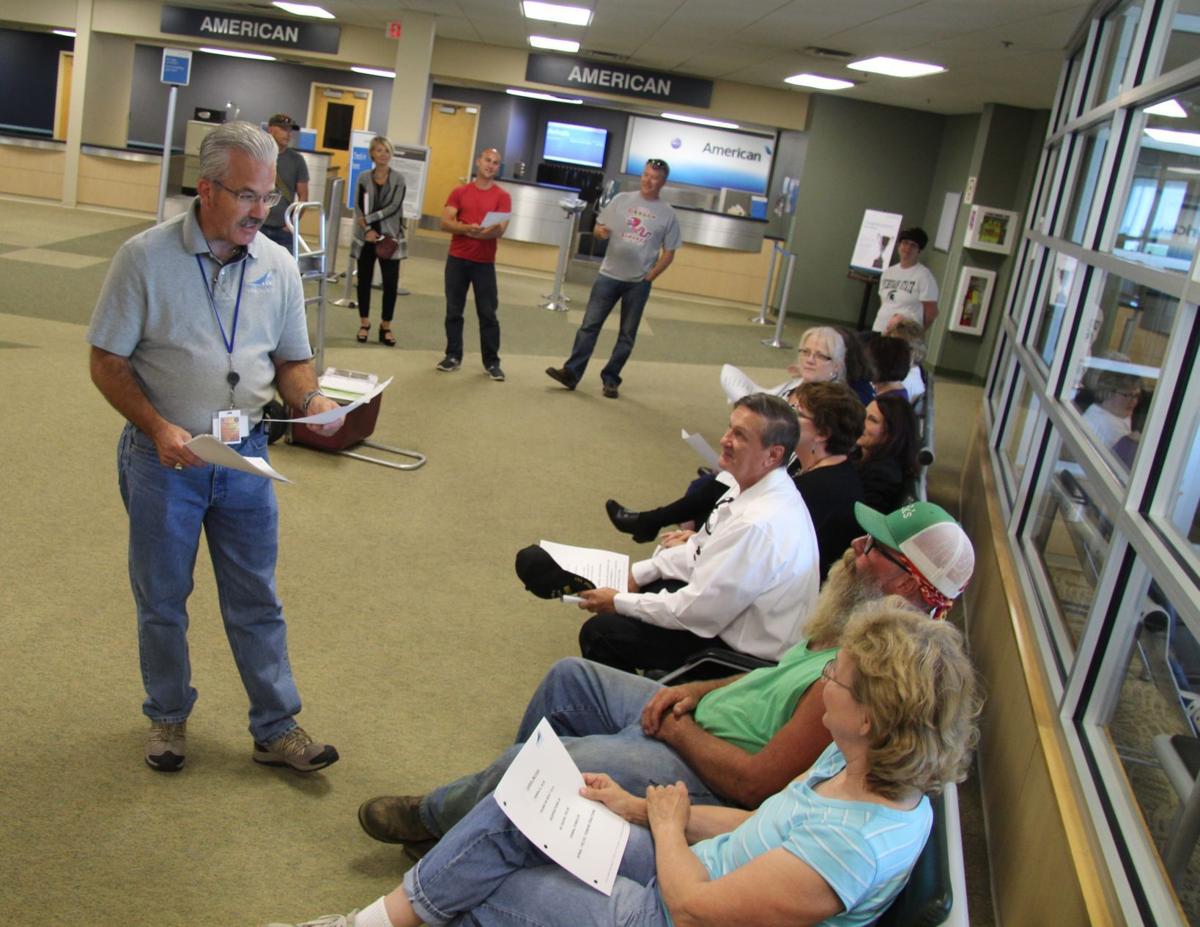 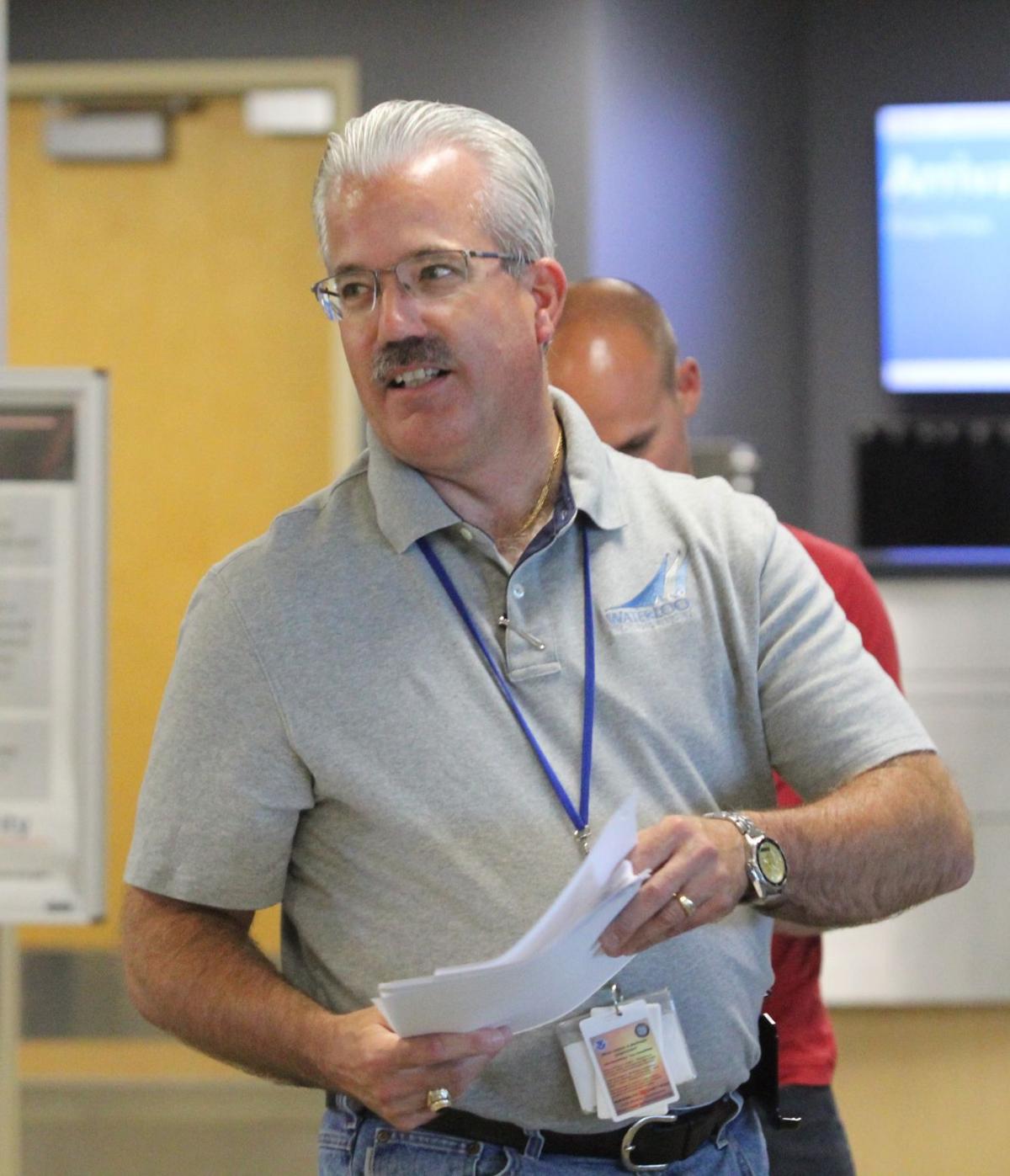 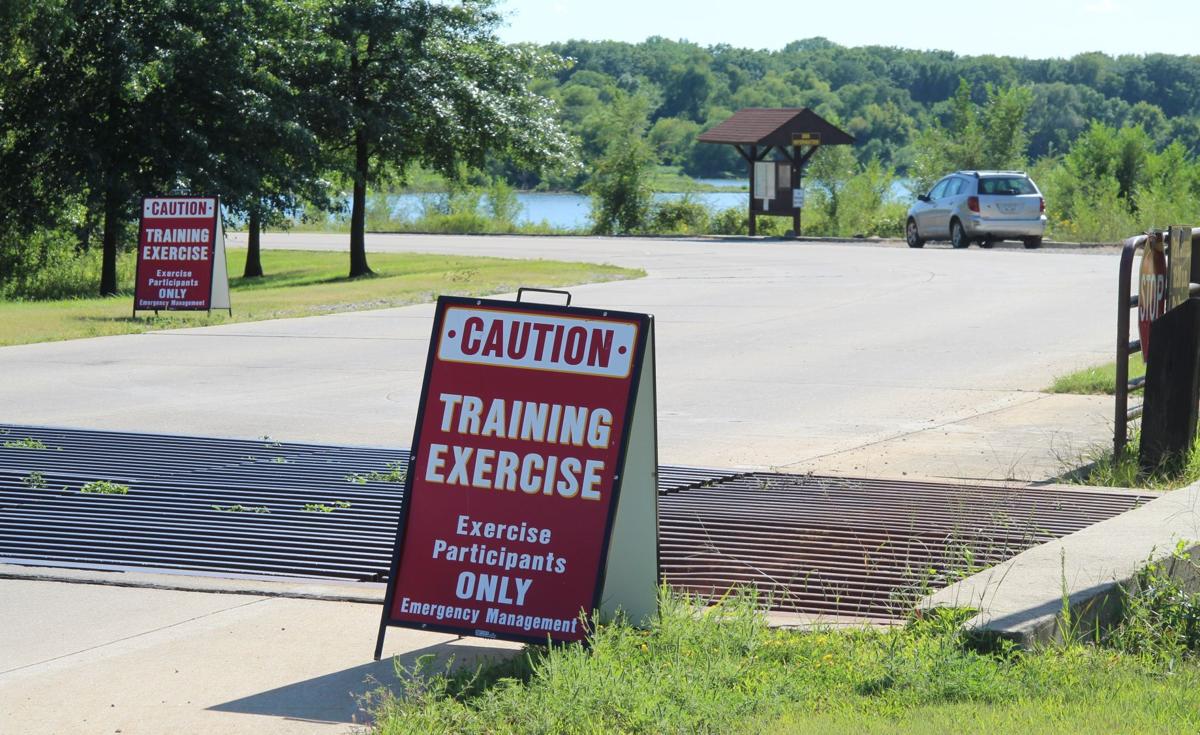 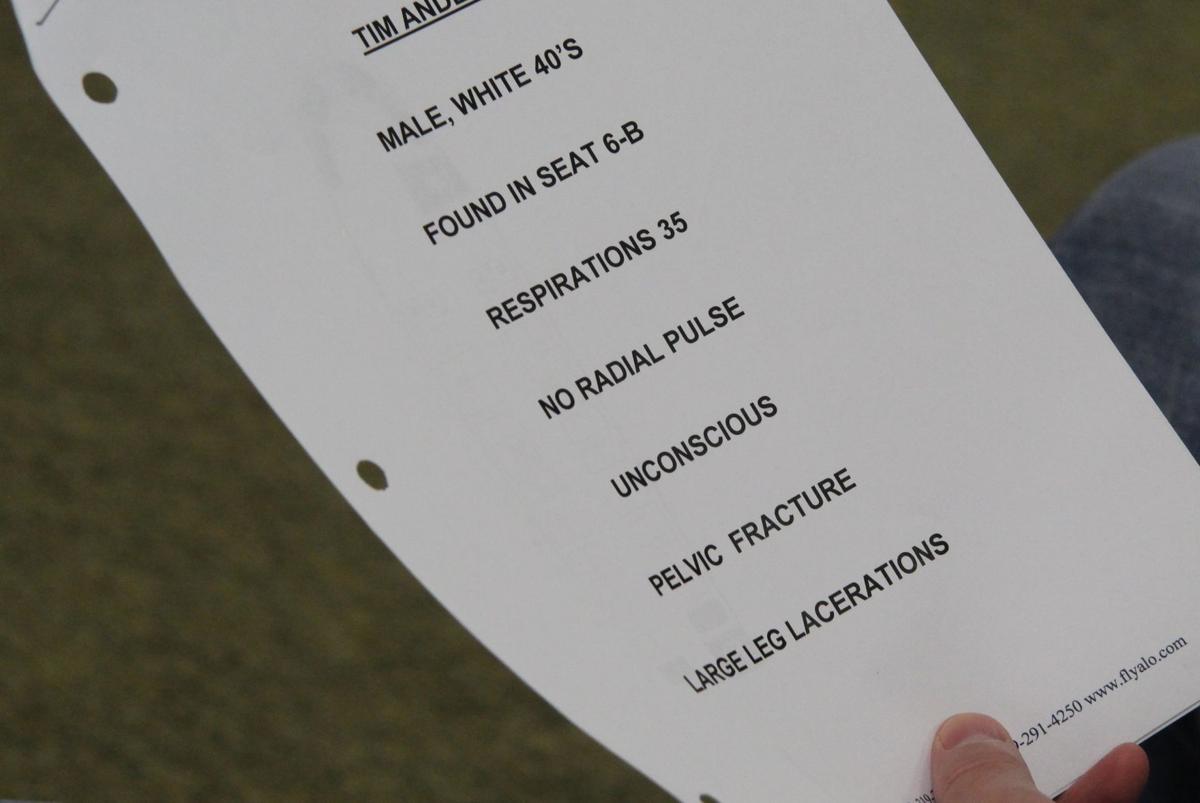 A sheet describes wounds for a volunteer playing an injured aircraft passenger for a disaster drill on Wednesday, Aug. 23, 2017.

WATERLOO – A score of volunteers sat in the terminal at the Waterloo Regional Airport as Airport Director Keith Kaspari told them about the injuries they were about to endure Wednesday.

“You’ll just be on crutches,” said Tajah Wright of Waterloo, whose injuries were to include evisceration with multiple fractures.

Kaspari turned to another woman in the terminal.

“She gets the privilege of a sucking chest wound; she’s bleeding from her ears, nose and mouth. She’s in tough shape,” he said.

There was a collective gasp from the group amid a few chuckles.

The volunteers took on the roles of airplane crash victims during a full-scale disaster drill that played out in parts of George Wyth Memorial State Park Wednesday afternoon.

Regular airport emergency exercises are required by the Federal Aviation Administration, and Kaspari said this year’s drill focused on area agencies’ ability to respond to water-related crashes since the Waterloo Regional Airport is located near a major river and several lakes.

“We got some good people in this county, and they know their line of work,” Kaspari said. “I’m going to make this as realistic as possible.”

The scenario involved a landing aircraft that missed the runway and crashed in George Wyth park. Two MET buses simulated sections of aircraft fuselage with wounded passengers inside. One section was on one side of Fisher Lake, another bus was in another area.

Wednesday’s faux-wounded didn’t receive moulage makeup. Kaspari decided against it because at a prior drill he oversaw in Michigan, a volunteer had an allergic reaction to the fake wounds. He had to halt the mock disaster because of the real medical emergency.

Instead, the Waterloo volunteers were handed sheets of paper describing their injuries for paramedics to read when they arrived.

Floating and weighted props were placed in a lake to represent victims who had to be recovered by the Cedar Valley Underwater Search and Recovery Unit.

There were other added twists. One of the volunteers, Kenneth Higby of Waterloo, portrayed a United States senator from Iowa, and the narrative involved thousands of gallons of aviation fuel being spilled, necessitating involvement from the Iowa Department of Natural Resources.

After her arrest was reported by the Courier and picked up on social media, her supervisor fired her through a text message.

The victim was taken to the hospital with a brain bleed and underwent an operation to remove part of his skull.

Animal Rescue League of Iowa: 'We have never had a call quite like this'

The rescue said ARL officers respond to calls about wildlife often, but a call on Monday was "a little extra wild."

Police used a K-9 that followed a scent that led to apartments behind the establishment.

A Waterloo man has been arrested after police found crack cocaine and a gun in a car.

In 2020, how many white police officers were shot by black people? Your Call the Courier questions answered

Q. In 2020, how many white police officers were shot by Black people?

A woman accused of storing pounds of meth and heroin in storage units has pleaded to drug and weapons charges.

Q. I never get a live person when I call the 800 number for the IRS. Is there a way you can talk to someone live there?

Approximately 10,000 riders will be coming from Iowa Falls to Waterloo.

A sheet describes wounds for a volunteer playing an injured aircraft passenger for a disaster drill on Wednesday, Aug. 23, 2017.