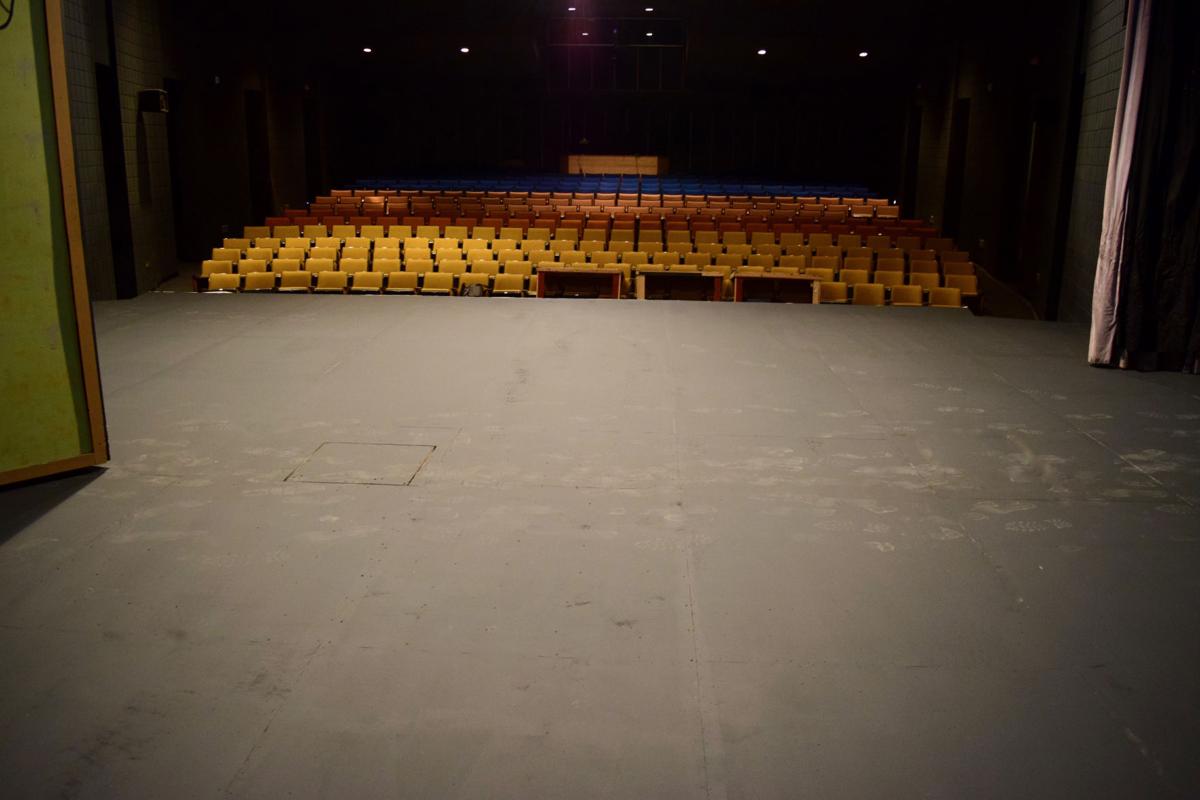 Waterloo Community Playhouse used their COVID-19 hiatus to have a new stage floor installed at the Hope Martin Theatre. The theater is located at the Waterloo Center for the Arts. 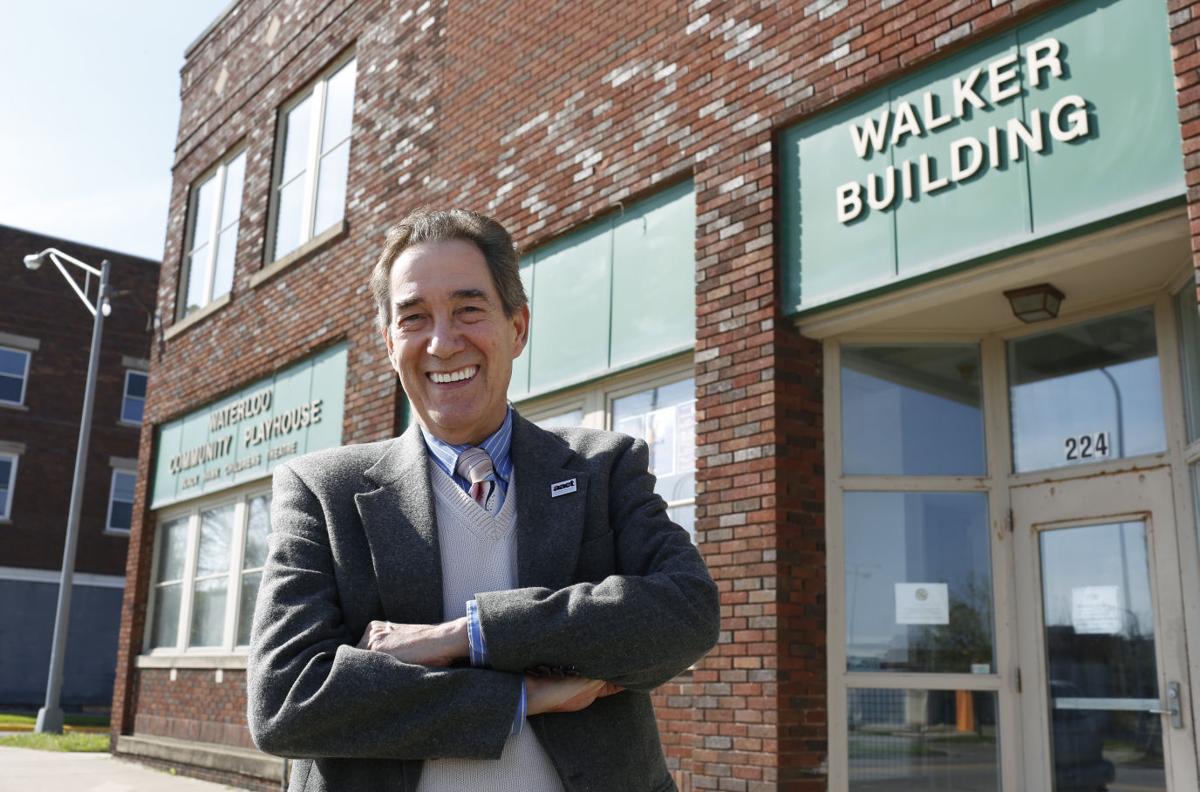 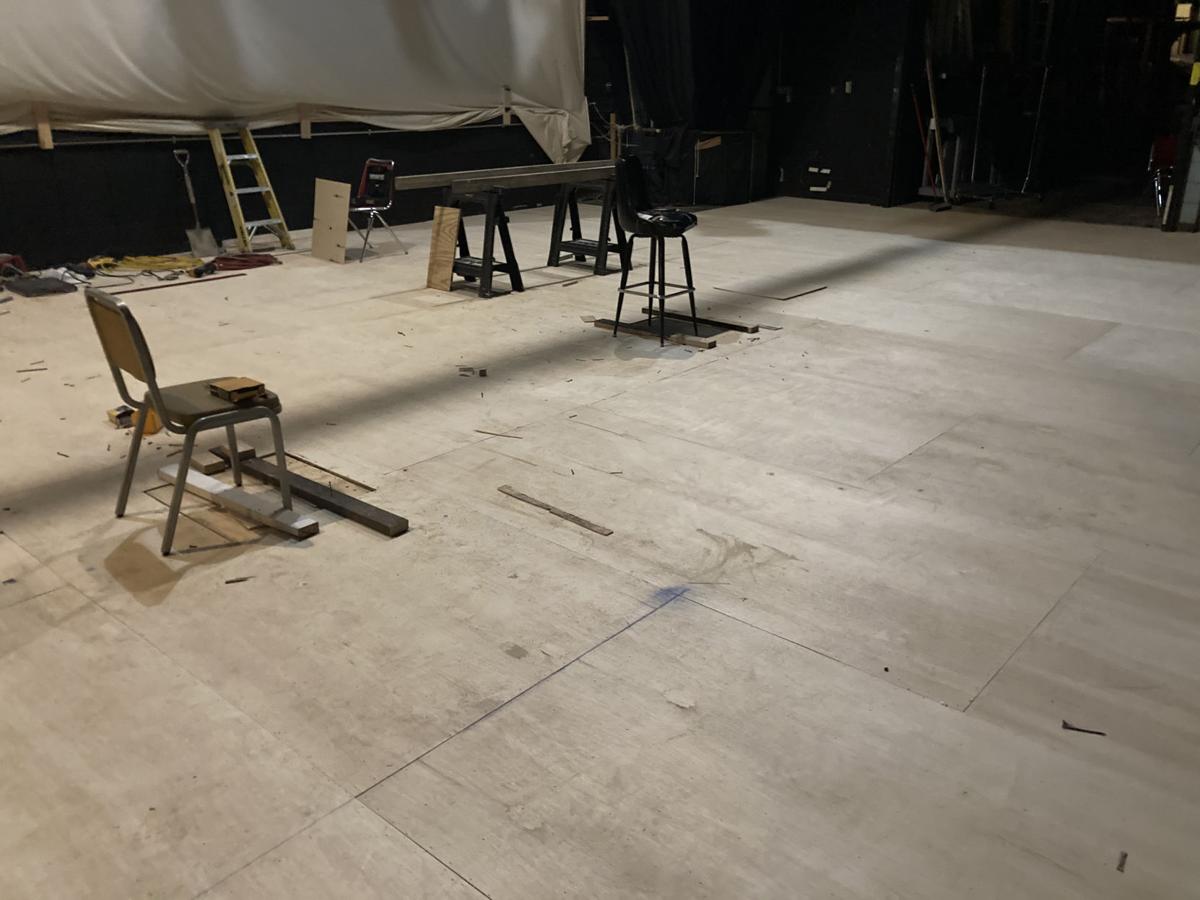 Installation of the new stage floor is shown at the Hope Martin Theatre while Waterloo Community Playhouse has been closed during the pandemic. 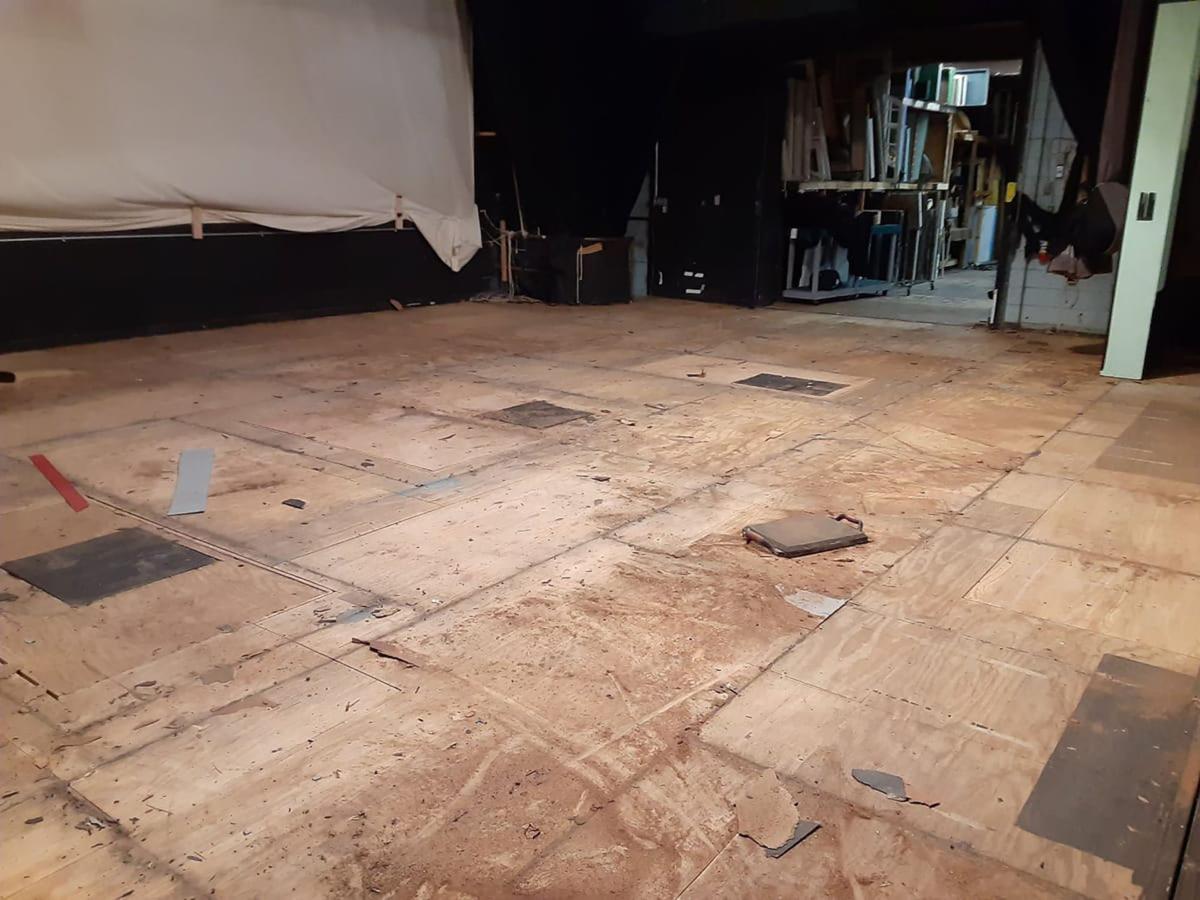 Pitted, pockmarked and in tough shape, the old stage floor at the Hope Martin Theatre was in need of replacing. Waterloo Community Playhouse had new floor installed while the theater was dark during the pandemic.

WATERLOO – Actors will enter stage left or right onto a new floor when the curtain finally rises on a new season at the Hope Martin Theatre.

While the Waterloo Community Playhouse was dark during the COVID-19 pandemic, the organization decided to take advantage of the closure and resurface the 1,600-square-feet stage floor at the theater, located at the Waterloo Center for the Arts.

“The stage floor had been compromised over the years and it was in bad shape. So we took a couple of weeks to have the old one taken up and a new one put down. It’s a great investment in the future,” said Greg Holt, WCP artistic director.

It cost about $10,000 to replace the floor with donations from donors and patrons. Leonard Dana did the work.

The theater closed on March 20, 2020. The closure upended seasons for both the Waterloo Community Playhouse and Black Hawk Children’s Theatre, although “The Church Basement Ladies” was presented for limited audiences in a short run in August and “The Complete Works of William Shakespeare (abridged)” was performed at the Cedar Valley Arboretum and Botanic Garden and RiverLoop Amphitheatre.

“We have been through plan B, plan C and so on, past plan Z and now on to the Greek alphabet, just like our hurricane season. We will be reopening our offices very soon and desperately hope to have a show up somewhere around the anniversary of our closing or shortly thereafter,” said Norman Ussery, executive director.

Holt is optimistic about opening this spring. “We keep pushing our opening dates back, but it seems fitting to open in March, exactly one year after we closed everything down,” he said.

The family-friendly comedy, “Leaving Iowa,” will be first on the boards for WCP. It’s the story of an existential sentimental journey made by a middle-aged writer Don Browning who wants to fulfill his dad’s request to return his ashes to his childhood home. But the home is now a grocery store, so he must find another resting place. As he drives across Iowa, he recalls his own childhood road trips in the family station wagon.

WCP first performed the comedy in 2009.

Holt has been working with the six-person cast via Zoom and hopes to begin in-person rehearsals on stage in February. Actors will wear face shields and maintain physical distancing. Several performers have received COVID-19 vaccinations, he said.

“At the beginning we will have strict health protocols in place for all staff, volunteers and patrons because we want to make sure the sacrifices of the past months have not been in vain,” Ussery explained.

Black Hawk Children’s Theatre hopes to open their season in April with “The Imaginators,” the story of four children and the power of imagination, as well as a summer Shakespeare project, “A Midsummer’s Night Dream” at the Cedar Valley Arboretum and Botanic Garden.

“First and foremost, we’re thinking about how we can keep everybody safe and healthy, and how we can still create. I’ve been heartened by the outpouring of support we’ve gotten. Kids and their parents are so full of anticipation. For so many kids and older artists, theater has been an outlet that has given them so much confidence, experience and joy,” said Anita Ross, BHCT artistic director.

WCP hopes to perform Thorton Wilder’s Pulitzer Prize-winning “Our Town” in June. The classic, generational drama was originally scheduled for October 2020. A summer musical is scheduled for July, but the title has not yet been confirmed, followed by “Elf” as the Christmas production.

When “Leaving Iowa” opens, audience size will be limited and the theater will be sanitized after each performance. Board and staff members have been discussing how the traditional theater model has been impacted by the pandemic and changes that likely will be made going forward.

“Live interaction is what we do, who we are. I’ve spoken to quite a few parents who are eager for their kids to have that social interaction, but that may be different with different populations – and those are the people we want to reach,” Ross explained. “We’ve all gotten used to sitting down and deciding what shows and movies we want to stream that night. How do we reach those people? We have to keep asking that question.”

Holt agreed. “We have to find other ways to reach audiences and be safe, while recapturing the magic of getting together with other people to enjoy live theater performances.”

Does your dog become anxious, agitated or destructive when you leave the house? Your pet may suffer from separation anxiety, but you can learn how to prevent or manage it.

Why can the SportsPlex have a packed house with a volleyball tournament? Your Call the Courier questions answered

Q. In the news last week, it said Black Hawk County had three COVID-19 deaths, but in your paper you had 13 obituaries but not one was COVID r…

Waterloo Community Playhouse used their COVID-19 hiatus to have a new stage floor installed at the Hope Martin Theatre. The theater is located at the Waterloo Center for the Arts.

Installation of the new stage floor is shown at the Hope Martin Theatre while Waterloo Community Playhouse has been closed during the pandemic.

Pitted, pockmarked and in tough shape, the old stage floor at the Hope Martin Theatre was in need of replacing. Waterloo Community Playhouse had new floor installed while the theater was dark during the pandemic. 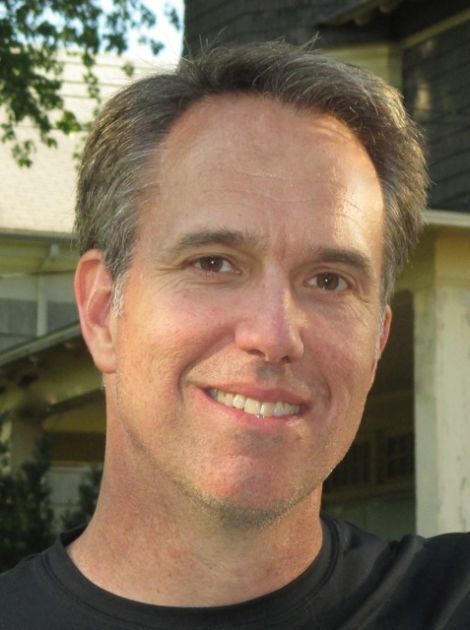 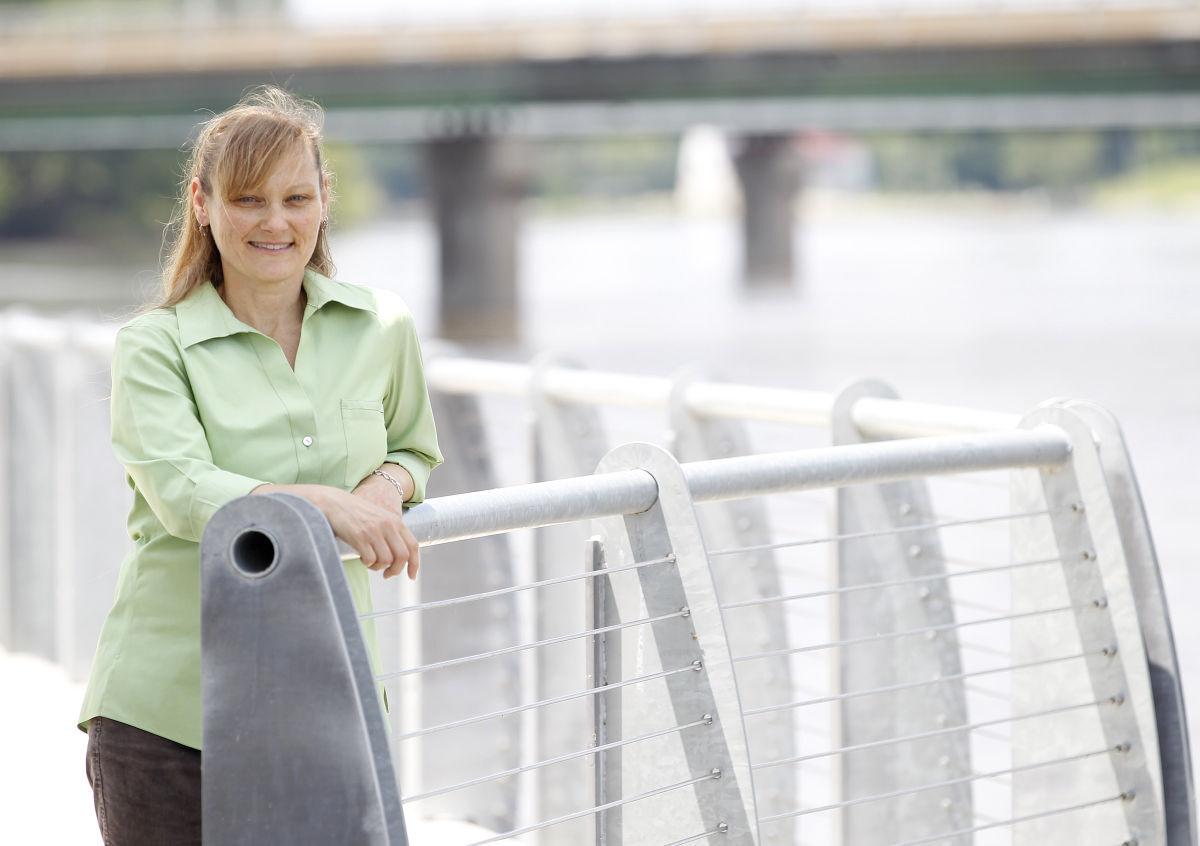