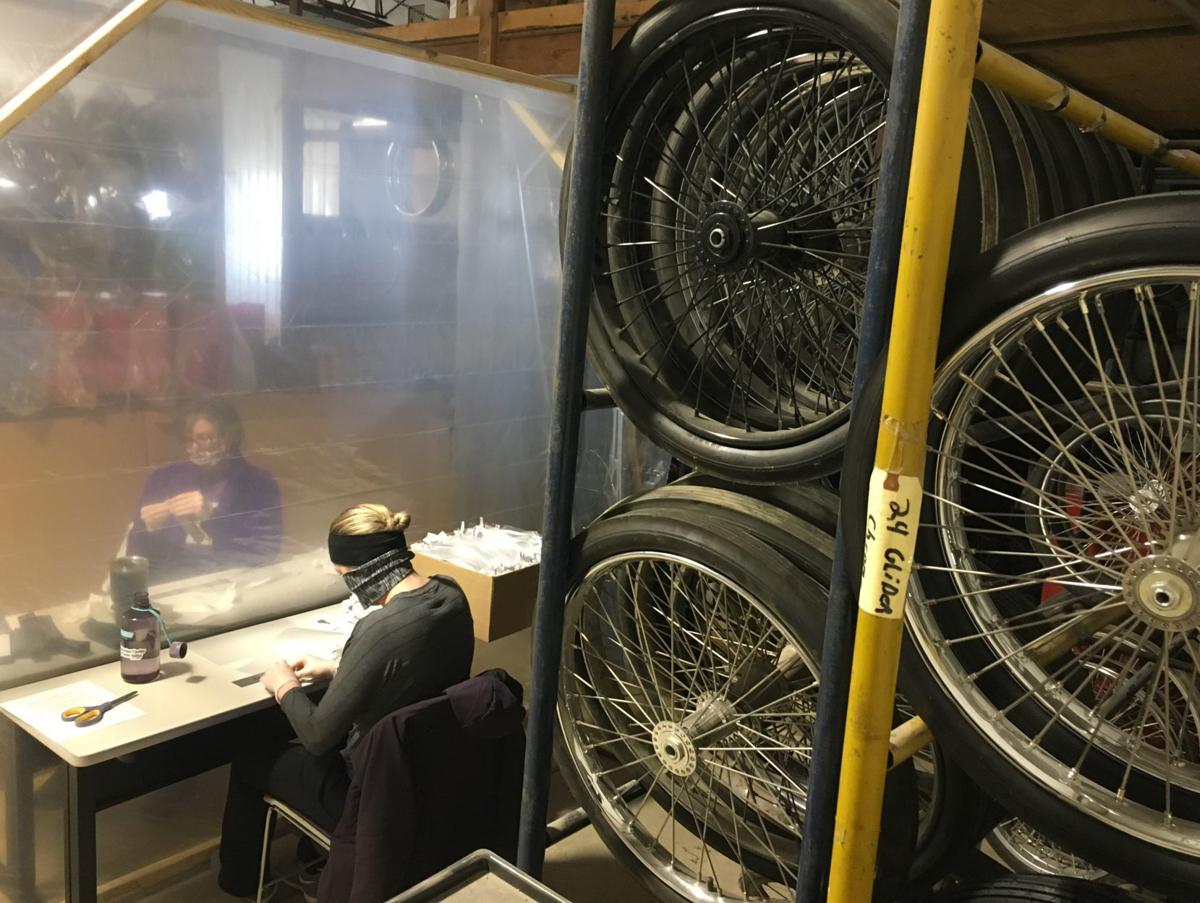 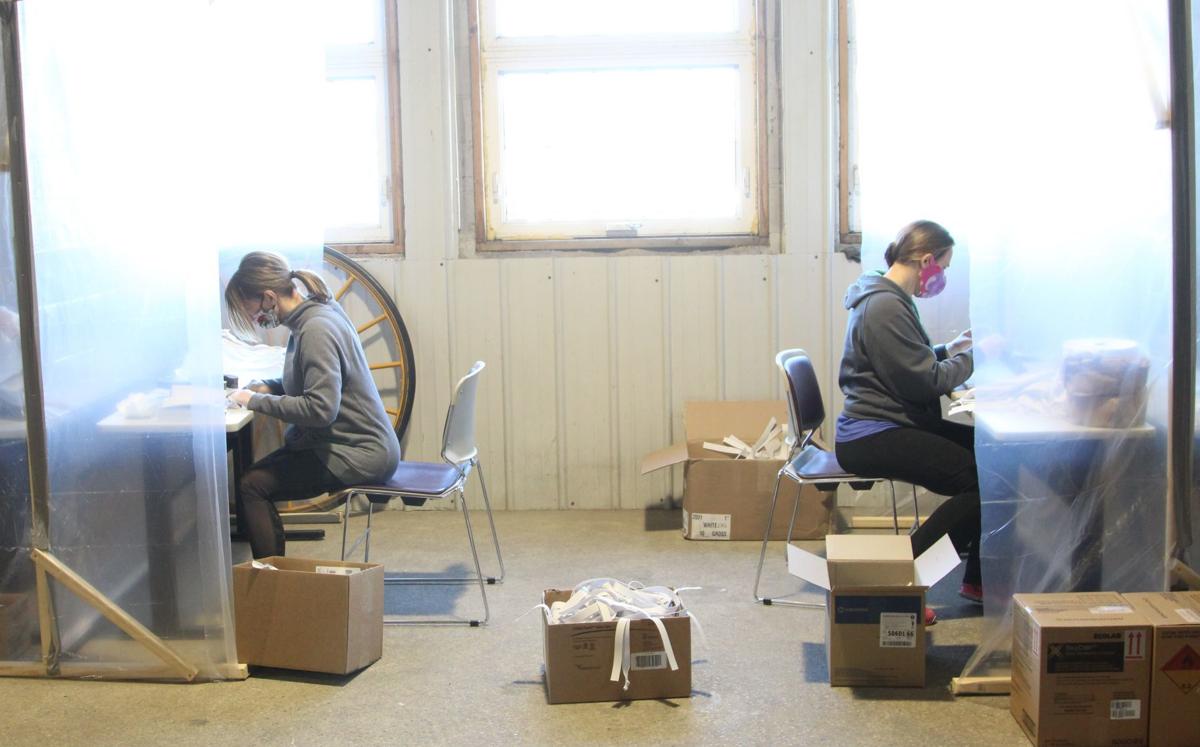 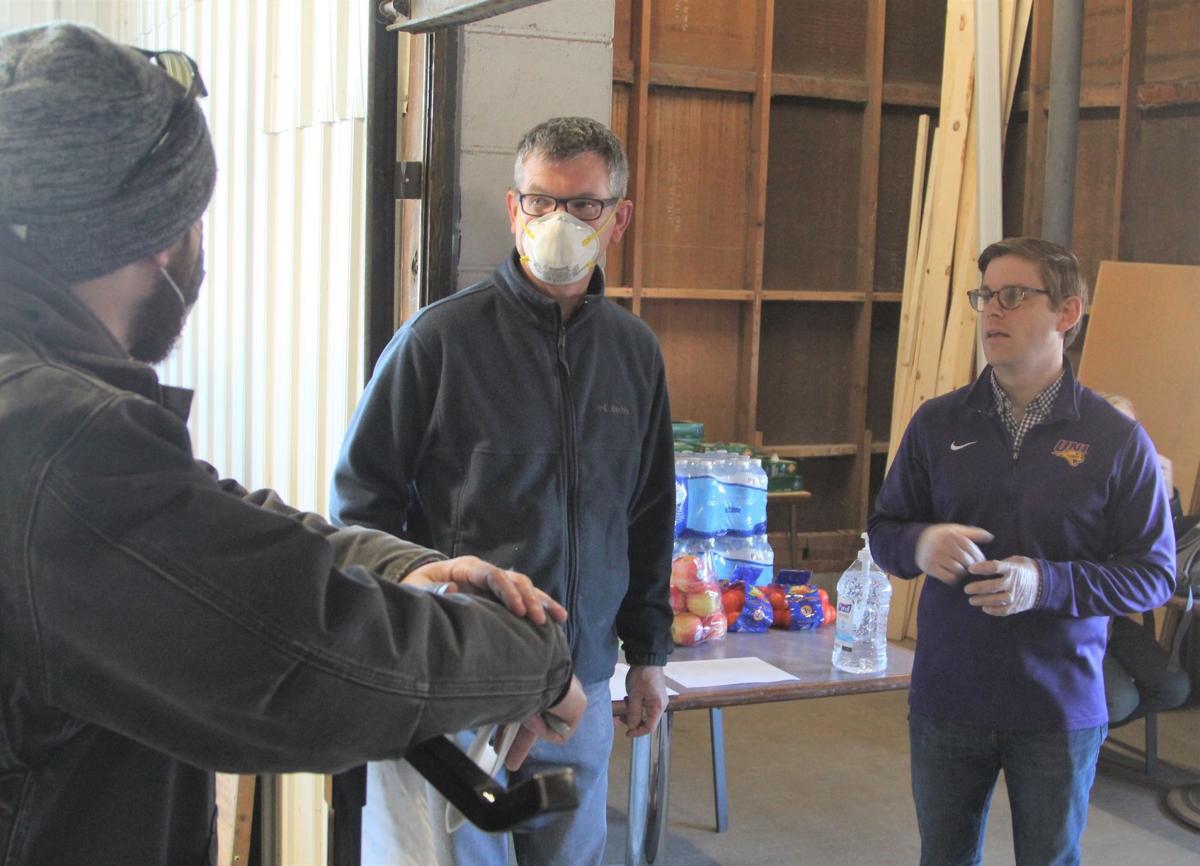 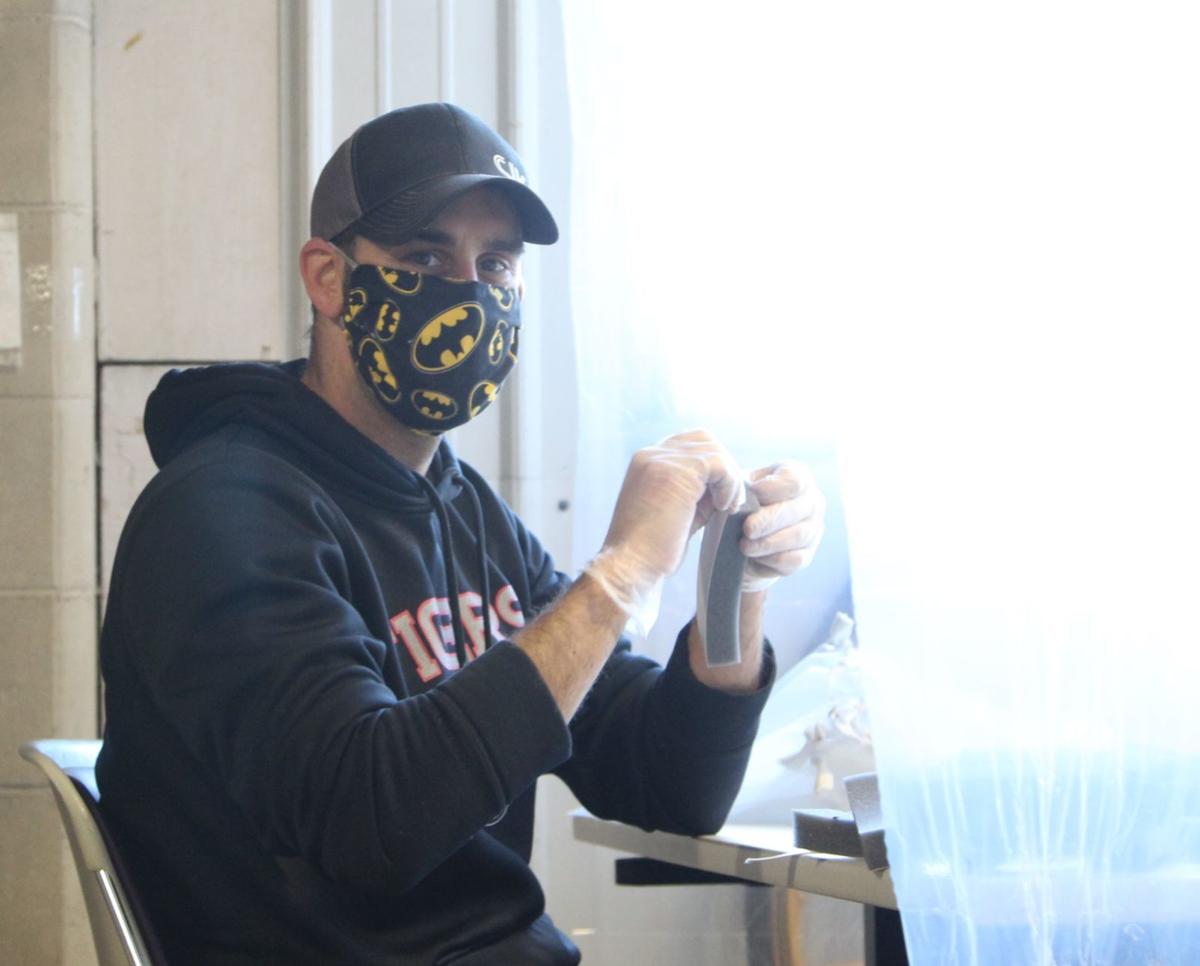 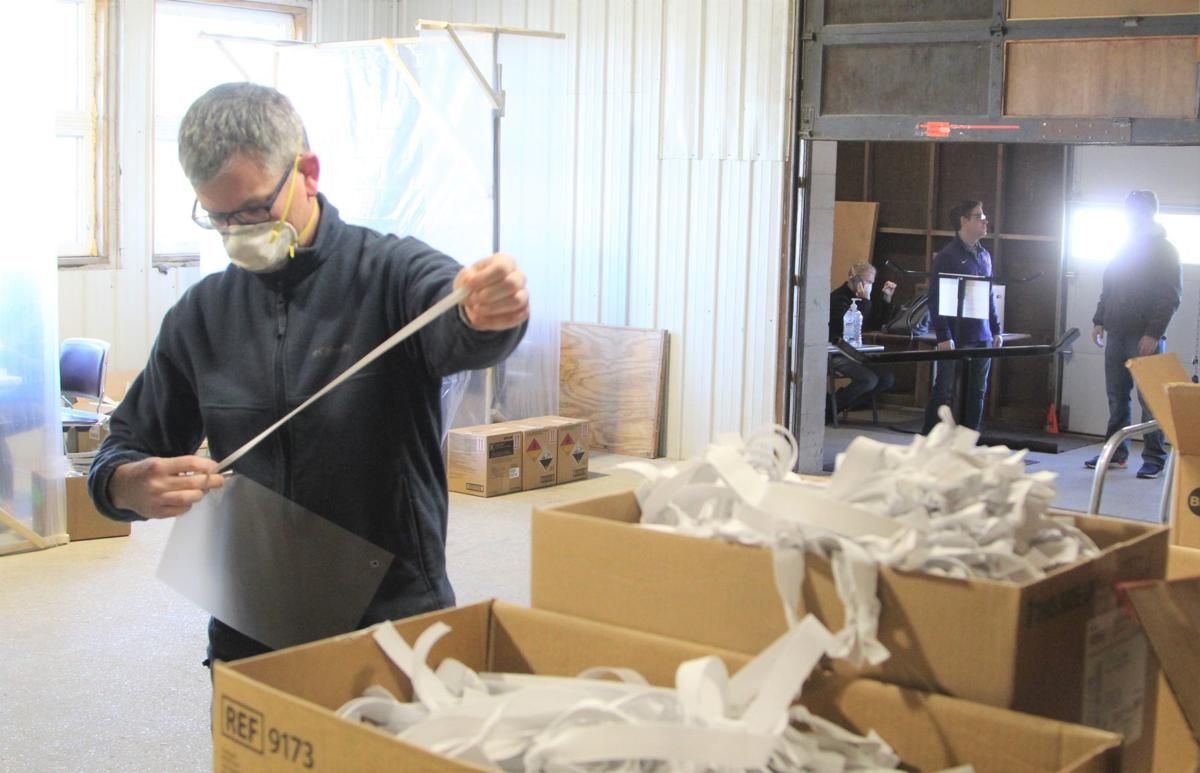 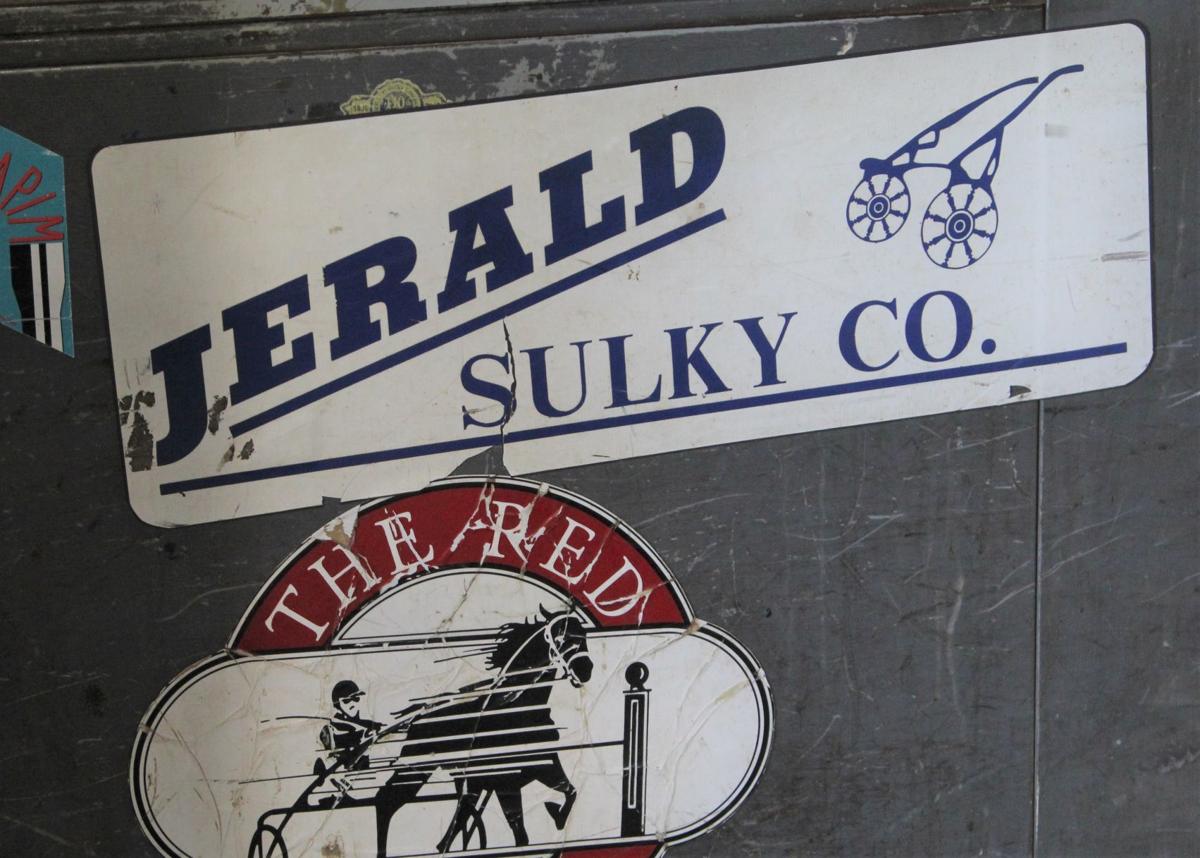 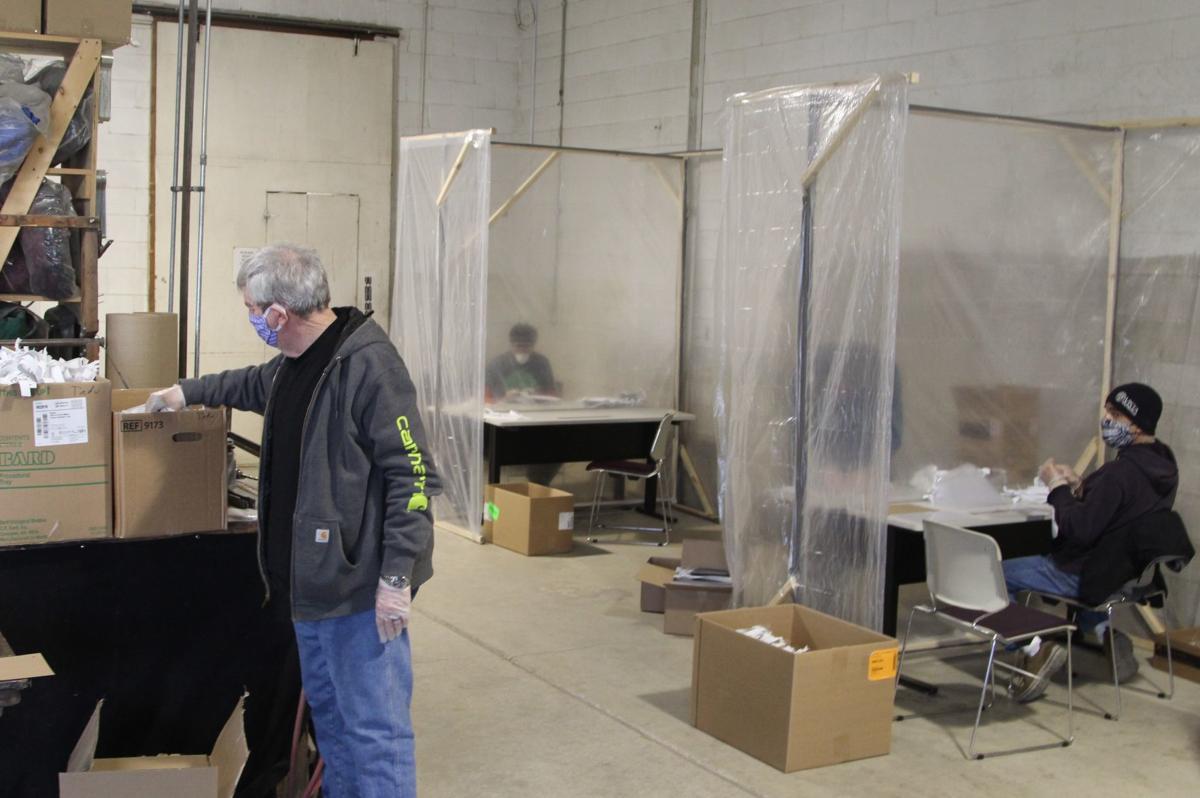 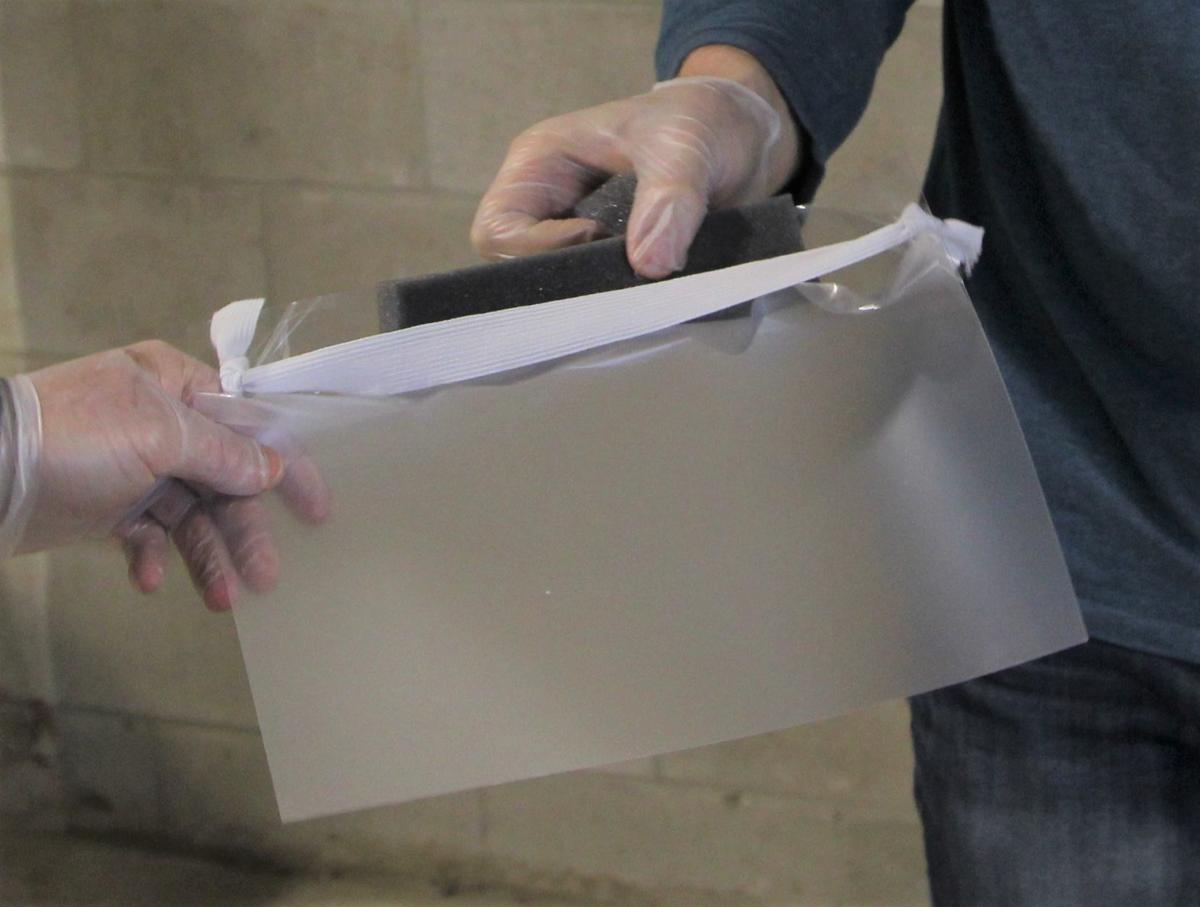 Part of the Waterloo plant normally used to manufacture horse-drawn vehicles has been transformed into a temporary assembly operation, where volunteers are putting together disposable face shields for hospital and clinic staff.

More than 60 people have already signed up to help put together 10,000 shields from plastic film, elastic bands, and foam supplied by UnityPoint.

“People here in the Cedar Valley are asking themselves, ‘What can I do during this time?’ and this is an easy outlet for us to make a difference,” said Andrew Morse, University of Northern Iowa assistant to the president for board and governmental relations.

“It was basically a snowball,” Morse added. “Everyone wants to help.”

Morse and Chris Hannan, Hawkeye Community College workforce development director, have been coordinating efforts between the schools, local industries and health-care organizations to respond to the need for personal protective equipment during the COVID-19 crisis.

When UnityPoint needed help putting together the face shields, they reached out to Hannan, who lined up space at the Jerald Sulky plant at Airline Highway and Wagner Road.

Eric Giddens, a state senator and UNI employee, stepped up to lead the site, which opened Thursday.

Masked volunteers are laboring at 10 work stations built with lumber and plastic wrap to maintain social distance. Music plays over speakers to help pass the time as workers complete the assembly process.

“We’re trying to do 10,000 by the end of the weekend if possible,” said Giddens, who said volunteers are still needed.

Trevor Carlson is in charge of coordinating the volunteers to work four-hour daily shifts: 7 to 11 a.m., 11:30 a.m. to 3:30 p.m., and 4 to 8 p.m. Those willing to help can contact him by email at trevor@theformulapodcast.com.

“Everyone’s done a really good job helping to source volunteers from various places,” said Carlson, a local entrepreneur who was traveling overseas when the pandemic hit in early March, causing him to return to the Cedar Valley.

Erik and Shelli Lee, who bought the 122-year-old Jerald Sulky Co. in 2015, said they were happy to help with the effort even though the horse carriage company has not yet been negatively impacted by the pandemic.

“We’re actually running full production right now,” Erik Lee said. “We’ve got some spring demand that we’re working through, but I suspect if this carries on for awhile that the taps will shut off until the green light is given again.”

In the meantime, he was more than willing to house the face shield assembly operation.

“I’ve never wondered about the ingenuity or the humanity of this country to get through this kind of a crisis,” Lee said. “If we can be a little part of it, then fantastic.”

Martin Culpepper, a Waterloo East High School graduate, is now a professor at the Massachusetts Institute of Technology working with a team that developed a rapid manufacturing process for face shields needed in the fight against coronavirus.

"I haven't talked to anybody that can't do it. There might be plants that don't have the capability, but, boy, everybody I've talked to wants to help."

For the first time in Black Hawk County, a child tested positive for coronavirus.

I have a son who has been drinking for quite a while now, and he is not realistic about his problem.

Neighborhood opposition led Waterloo City Council members to turn down a zoning change for Dollar General to build a new store at Dysart and Shaulis roads.

Summer classes will begin as scheduled on June 1 with online instruction.

Powers Manufacturing Co. has switched from making sportswear to hospital gowns to aid the local fight against COVID-19. 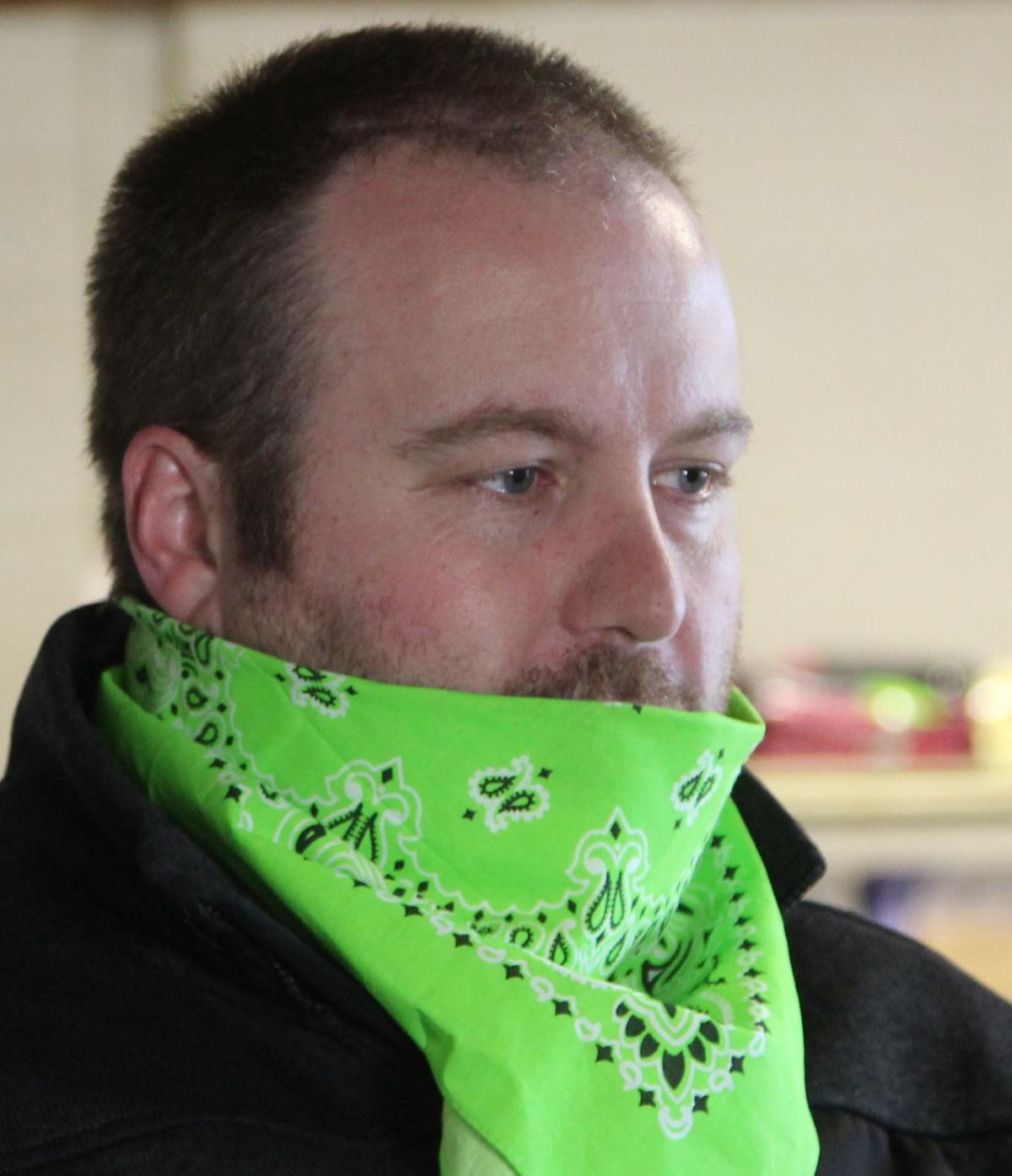