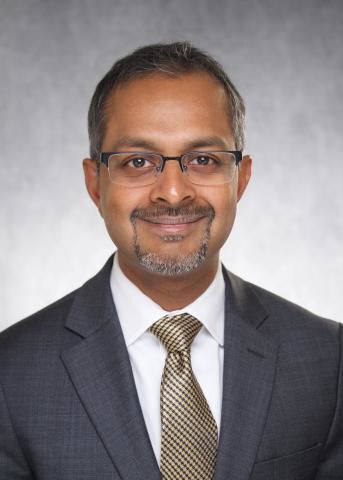 Coronavirus infection rate by county, May 22, 2020

JOHNSTON — University of Iowa health care officials want Iowans to keep on social distancing, washing their hands and wearing masks to help control the spread of the coronavirus pandemic.

“We do have one final ask for everyone,” Suresh Gunasekaran, CEO of University of Iowa Hospitals and Clinics, said during Gov. Kim Reynolds’ daily news briefing Friday. “The improving circumstances in our state are because Iowans are doing their part practicing good safety habits such as maintaining social distancing, wearing masks, hand sanitizing. (We) encourage each and every one of you to keep that up as we continue well into our recovery.”

Early on, Reynolds said, Iowa saw models projecting “staggering numbers of positive cases, hospitalizations and deaths across our state that would threaten to cripple our health care system.”

Reynolds said the state’s health care systems have not been overwhelmed, thanks to Iowans taking personal responsibility and the efforts of health care personnel, such as those at UIHC, who described efforts there to test more than 10,000 Iowans and serve patients with coronavirus-related symptoms.

A Test Iowa site will open in Marshall County, along with sites in Sioux Center and Burlington, Reynolds announced.

A Test Iowa site in Sioux City that opened May 4 closed on Friday. Reynolds said one in 11 Woodbury County residents have been tested, with a majority of the tests being done by Sioux City-area health care providers, who will continue to provide testing.

“Iowans are doing a great job. Continue to do what you’re doing and we’re going to continue to see the positive outcome,” Reynolds said.

Key to that positive outcome, Reynolds said, will be an increase in the availability of testing.

As of this week, testing criteria now allows any Iowan to be tested, regardless of symptoms or potential exposure to the virus. First, they must complete an assessment — at testiowa.com — and schedule an appointment at a test site.

The expanded testing was announced Thursday and by Friday morning, 1,700 appointments had been scheduled.

As Iowans return to work in retail, food services and health care, first responders and law enforcement are at higher risk of exposure at work. The Test Iowa sites — including one at Kirkwood Community College in Cedar Rapids — are “a resource that you can use at any time to ensure your health and well-being,” the governor said.

Reynolds also reported that after 10 days of testing, she is no longer in “modified quarantine” after her meeting with Vice President Mike Pence, who was exposed to a staff member who tested positive for COVID-19.

Over the weekend, the state will be conducting planned system maintenance so some agency websites, including coronavirus.iowa.gov, may be down or not updating, Reynolds said. The websites will not reflect current information, which will be released via news releases.

WATERLOO — With the coronavirus pandemic still active, most Memorial Day events in the metro area have been canceled.

Black Hawk County officials were puzzled as to why Gov. Kim Reynolds would remove a coronavirus testing site from the fifth-highest population center in Iowa.

"Later today, we're opening criteria so that anyone who thinks they should be tested can be," the governor said.

"It has been over two weeks since they (very painfully) took my sample," Sevcik wrote in an email to The Courier. "I am just flailing in the wind, and nobody at the state appears to care."

Most departments will bring their employees back to work next Tuesday, and will decide next week whether to reopen to the public June 1.

Local officials announced the Test Iowa site in Waterloo, which had been slated to close and move to Marshall County on Friday, would remain open in Waterloo through May 29.

Coronavirus infection rate by county, May 22, 2020