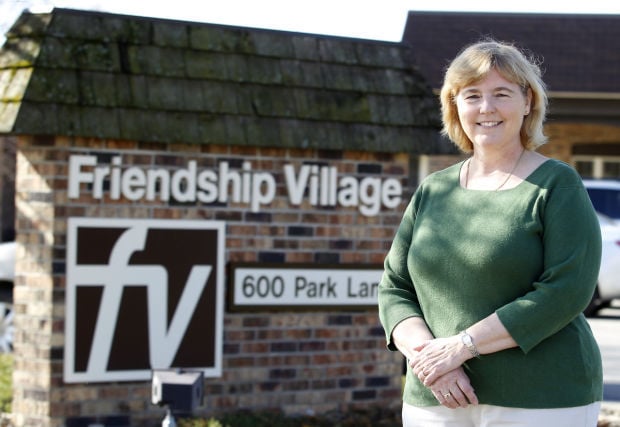 WATERLOO — Black Hawk County’s battlefront in the war against coronavirus has shifted to fighting outbreaks at long-term care facilities as the death toll from COVID-19 reached 29 people.

The situation was reflected in a Facebook post Monday by Lisa Gates, president and CEO at Friendship Village: “Today was another difficult day. ... As of tonight we have 16 Pavilion residents with positive test results, and 7 residents who passed away. We have a few Pavilion staff yet to test but as of right now we have 20 employees in total who tested positive. Testing at the Landing will begin sometime this week.

“We took a moment (well, more than a moment) this morning to be overwhelmed and mourn our losses and worry about what’s next. We are ending the day still mourning but with having had numerous conversations with local and state health officials and area hospitals. This team is helping form a next course of action to help turn the tide and stop this insidious virus.”

Local officials, previously concerned primarily with the 1,000-plus case outbreak at Tyson Fresh Meats in Waterloo, have a new focus.

“They did not do anything to deserve the suffering that they’re now experiencing and enduring,” said Sheriff Tony Thompson at Monday’s Black Hawk County briefing, noting residents at those facilities have been sheltering in place since the pandemic began.

County officials are monitoring three other facilities in danger of becoming outbreaks, but declined to name them Monday. Both Western Home Communities and Ravenwood Specialty Care have reported at least some employees testing positive.

While residents are locked down in their rooms caregivers are not, including some with family members who work at Tyson, officials said.

Peoples Clinic co-director Dr. Sharon Duclos didn’t fault such workers, all of whom have done what employers asked of them.

“We’re asking everybody to continue to work, especially if you’ve got an essential job,” she said. “Sometimes, the viruses are just nearly impossible to slow up.”

“I am so very thankful for our entire employee team who love our residents and do everything possible to keep our resident family engaged, fed, safe and well cared for. We plan for emergencies such as fire and tornado but until the Covid-19 pandemic did we ever really consider having to deal with something like this. They have all ‘stepped up to the plate’ and are doing all they can and more.”

When care facility employees are out sick or in quarantine, it can create staff shortages — something some local facilities now face. Gates noted Friendship Village staffers have volunteered to fill in as needed and workers from three different staffing agencies also are augmenting care there.

The county emergency operations center also is trying to help.

He said the situation was compounded by “failures of corporate greed and governmental ignorance,” lamenting the easing of state restrictions as the virus still rages.

“The plan went all to hell when Tyson failed to hold their line,” Thompson said, noting he believed the company could have done more to protect its massive workforce sooner. “Now, we are victimizing our county’s most vulnerable. And slowly — one to two per day — they’re dying.”

Nafissa Cisse Egbuonye, county health director, said it was a “reasonable assumption” that the county’s death toll will mount even as the infection rate plateaued — the county recorded seven more cases Monday for a total of 1,761.

“Two-and-a-half weeks ago, we were having 150 positive cases a day in Black Hawk County,” said MercyOne chief medical officer Dr. Matthew Sojka. “Now it’s 20, but it’s affecting a different group — it is the frail and the elderly.”

As the strain on staff and resources eases, MercyOne and UnityPoint are reopening elective surgeries and procedures, though both say the move will be slow and phased.

“Obviously, we can’t postpone elective procedures forever,” said Dr. Dan Glascock, chief medical officer with UnityPoint. “The time is right now for us to get patients back in the clinic a little more.”

Gov. Kim Reynolds will follow a "modified quarantine plan" after a female staffer at the White House where Reynolds visited recently tested positive for coronavirus.

A resident and four employees at Friendship Village have tested positive for COVID-19.

A resident at Western Home has now tested positive for COVID-19.

Ravenwood Specialty Care said one of its employees tested positive for coronavirus, the company announced.

The county has now confirmed 1,731 total cases and 24 death,

Also Tuesday, Tyson Foods confirmed an immigrant from Congo who worked at the pork processing plant in Waterloo has died of the coronavirus.

The Black Hawk County Board of Supervisors will require employees and visitors to wear face masks in the courthouse and other county-owned buildings starting Monday.

Are we heading toward a new food supply system for meat?

All told, about 80 percent of the nation's meat processing is controlled by a handful of companies.

The state recorded 386 new coronavirus cases and 12 new deaths Thursday as restaurants, gyms, malls, barber shops and salons prepare to reopen statewide if they so choose on Friday.

"There is also a cost to locking everybody down," said Gov. Kim Reynolds as businesses reopened statewide with restrictions Friday.

Pinnacle Specialty Care in Cedar Falls announced Friday one of their employees had tested positive for the contagious virus, which is particularly deadly for older adults.

Another long-term care facility in the Cedar Valley has had its first employee test positive for coronavirus.

Though long-term care residents remain locked down, they're bathed, fed, dressed and doted on by employees who are free to go about their lives off the clock as Iowa reopens -- meaning their safety is a public concern.