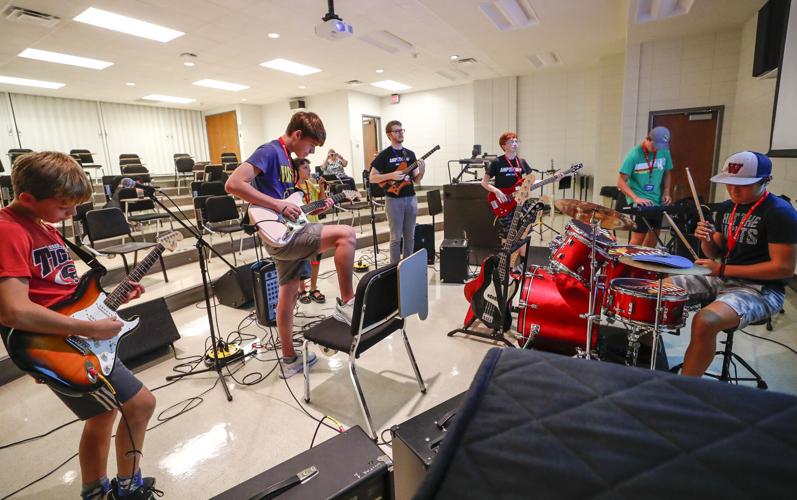 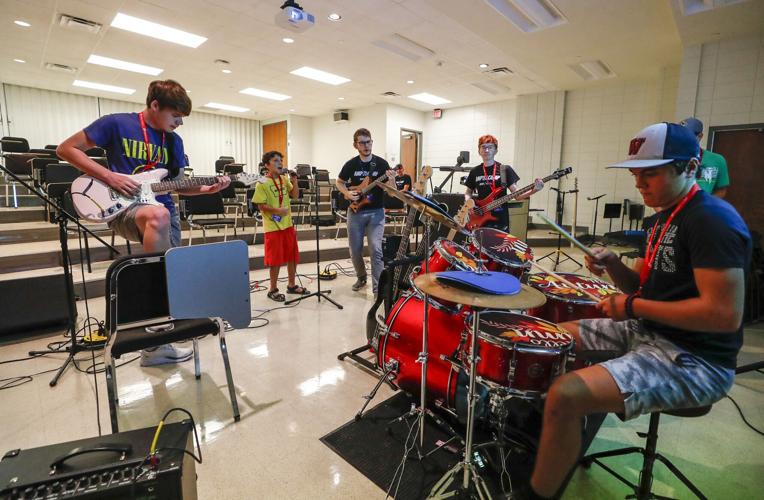 Just one day into Amp Camp at the University of Northern Iowa, the band was well on its way to mastering one of rock music’s best three-chord monster guitar riffs. AC/DC lead singer Brian Johnson would be proud of the raw, gravely power Sean Peck coaxed from his voice.

Peck is 12 and a student at Tipton Middle School.

“I think it’s iconic,” Peck said, describing the song. “We know enough about the music to know what we’re trying to achieve.”

On Friday, Mutual Shock will join three other bands for a 3 p.m. Jam Fest at Maucker Union on the UNI campus. Family and friends are expected to be in the audience.

Amp Camp is UNI’s own version of “School of Rock,” an innovative summer music camp where kids learn to play guitar, bass, drums, keyboards and sing rock, pop, hip-hop, R&B and country music. It is the third Amp Camp since 2018, with 24 kids ages 9 to 16 participating in the week-long camp this year.

“There’s a lot of energy here,” said Kevin Droe, camp director and UNI associate professor of music education. “The point is to give kids a real modern – rock band – experience. It’s open to any kids who want to play. This kind of ‘modern’ music is now being taught in some schools, but the camp is a fun opportunity for kids to experience the joy of making music.”

No previous musical experience is necessary, and all abilities and skill levels are welcome, Droe said, from beginner to advanced. Participants also take classes in songwriting, rap, improvisation and stage presence – including dance moves.

“By learning about songwriting, the kids create their own stuff, not just playing music someone else created. They each get to play six instruments – singing, guitar, bass, keyboards, drum set and ukulele. All the instruments are provided. After they try the instruments, they break into bands.”

The kids choose their bandmates and make their own decisions about “who plays what,” Droe explained. “And come up with their own band names – like Mutual Shock. They’ll each play two or three songs, including the song they write themselves.”

Peck’s oldest bandmate in Mutual Shock is 16; the youngest is 11-year-old guitarist Will Kenkel. This is Kenkel’s first Amp Camp.

“I saw something about it at school and wanted to be in it. I’ve played guitar for two years. It’s fun and energetic to be in a band. I like all of it, especially playing with everybody. I love music, and I sing a lot, but not AC/DC,” said Kenkel, of Cedar Falls.

He confessed he’d never heard “Back in Black” until Amp Camp, but was having a great time learning the chords.

Down the hall, Cement worked on Queen’s best-selling single “Another One Bites the Dust,” which band members described as “an oldie.” Vocalists sang along with Freddie Mercury on a video projection in order to learn the notes. Maxwell Hutchins, 10, wielded the bass. “It’s a pretty simple bass riff,” said the Cedar Heights Elementary School student. He also plays guitar.

Droe was pleased with how adept the campers had become on their instruments after just a few days.

“It’s pretty amazing. They’re having a good time, and they’re learning about being in a band, being on a team. Everyone has input with the idea to help each other, not to hurt feelings by something they say,” he explained.

After Friday’s Jam Fest, the Amp Campers will go their separate ways. Or, as Droe joked with the musicians, “You can have another real band experience by maybe getting into an argument and breaking up,” like so many rock bands through history have done.

WATERLOO — Kevin Dill is shaping a legacy that he hopes will help and serve others. It’s always been his mission, as a Marine Corps veteran, f…

'After that first year, we had to move to a larger venue, and now it’s become a staple event. When you reach a milestone like that, it’s important to always try to evolve.'

DES MOINES — Forty farm families, including some from Northeast Iowa, will receive the Iowa Farm Environmental Leader awards during a ceremony…

The local artist painted the mural on an exterior wall at The Broken Record, a ‘70s and ‘80s retro bar in downtown Waterloo.

Cardinal Construction 'building' its own carpenters through new apprenticeship program

Cardinal Construction is taking a proactive approach to a shortage of carpenters in the industry with the help of the National Apprenticeship Program.

"There’s nothing else we do all year that’s like this concert. It’s really special, and it carries great meaning for all of us." 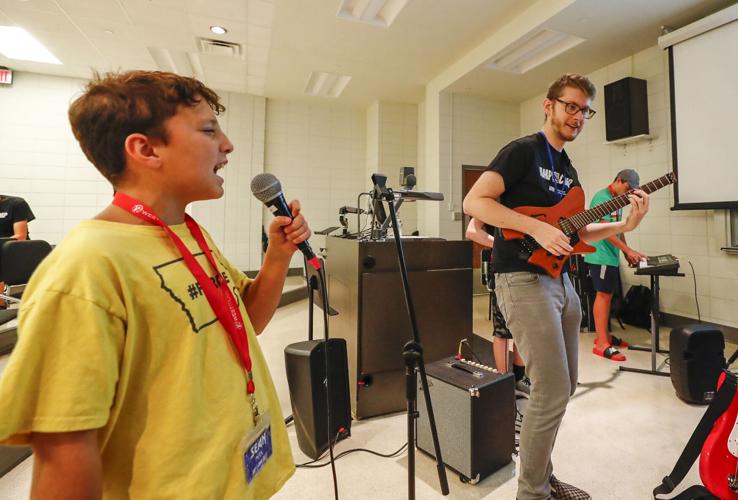 Sean Peck sings the lead vocals to "Back in Black" by AC/DC during Amp Camp at the University of Northern Iowa on Tuesday. 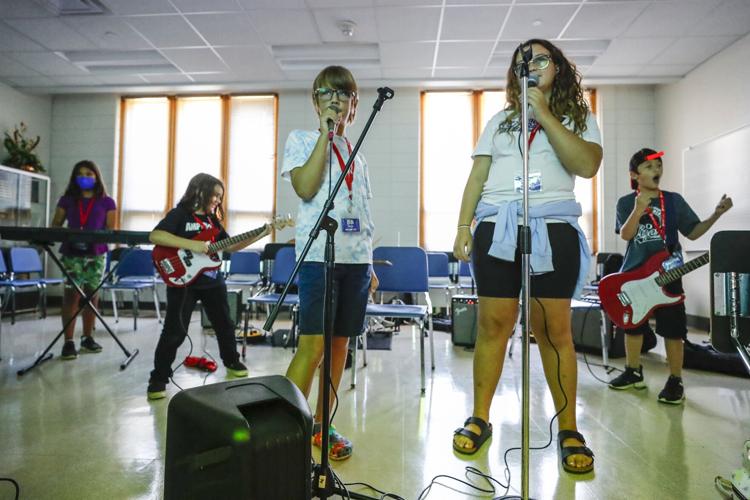 A group rehearses the song "Another One Bites the Dust" by Queen during Amp Camp at the University of Northern Iowa on Tuesday.