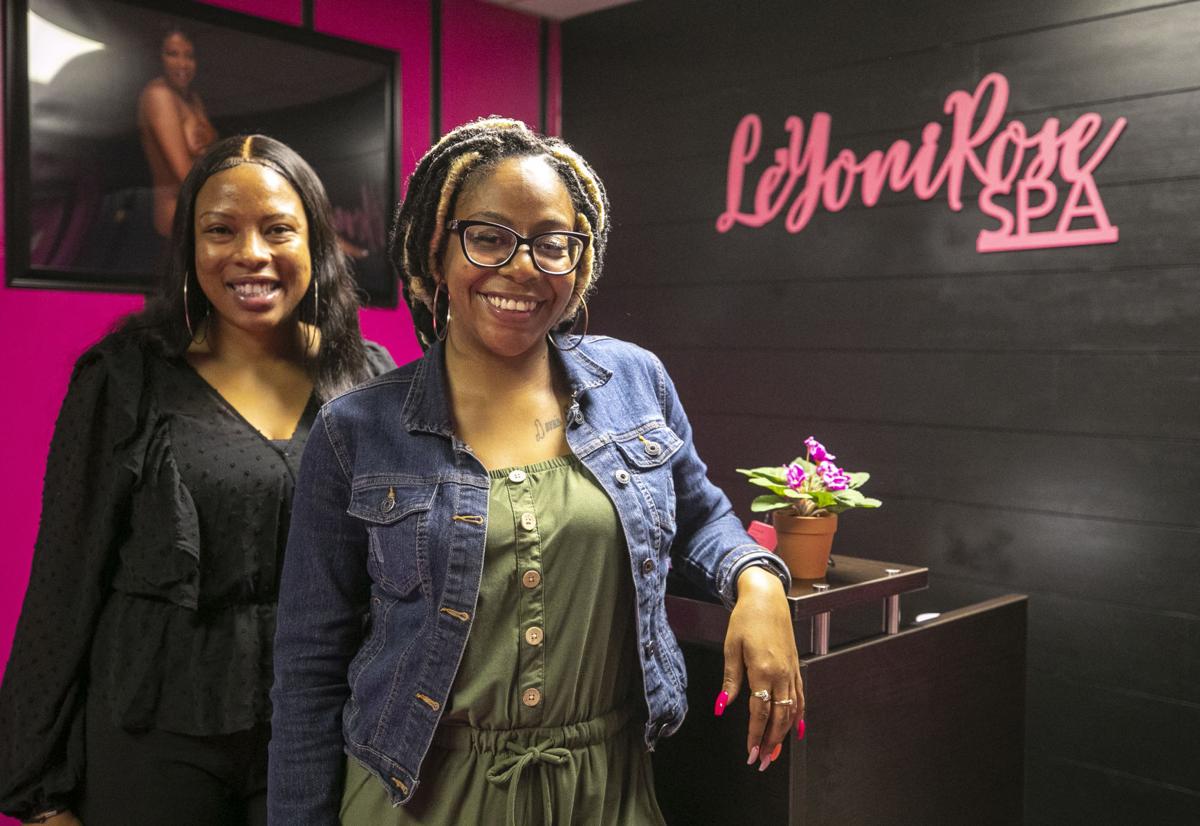 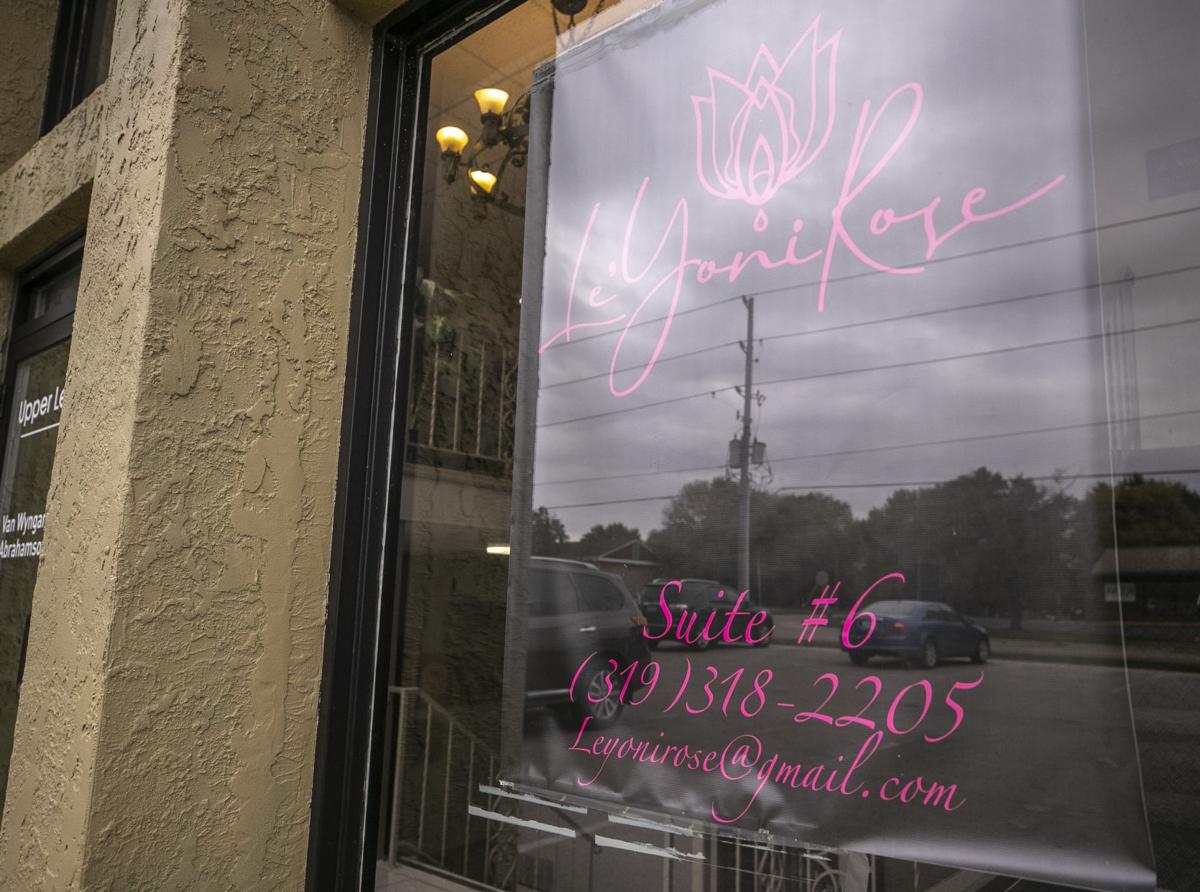 Le'Yoni Rose is a new spa in Waterloo.

WATERLOO — Frustrated by painful menstrual cramps after the birth of her son, as well as ovarian cysts and the occasional bacterial infection, Branayla Tate was even more frustrated doctors could only prescribe antibiotics for the latter and do almost nothing for the rest.

So the Waterloo woman turned to the Internet a couple years ago and found information on vaginal or yoni steaming, which involves sitting over a container of herb-infused hot water in order to alleviate such frustrations. On a trip to Sacramento, California, she located a spa that provided the service, tried it, and was hooked.

“Since I’ve been doing this and using the products and being very consistent, I have not had that problem,” Tate said.

So she decided to become certified in the process in order to open her own holistic health spa, Le’Yoni Rose at 2307 Falls Ave. in Waterloo, which she says is the first in Iowa and only one of a handful in the Midwest that offer the alternative therapy.

“I was like, ‘Nobody has this.’ And I feel like I can definitely help women,” Tate said. “Women sometimes, we don’t take time for ourselves. We worry about other people, we worry about our kids. You’ve got to have that time for yourself.”

From hair to nails to waxing and massages, new DeMe Day Spa is 'one stop shop'

Tate began the business in October 2020, doing steam sessions out of her condo and building up a following of regulars. By June, she had moved into the Falls Avenue location and hired her longtime friend, Brittney Martin, as manager as Tate works on opening up a second location in Des Moines.

The process of yoni steaming starts with a consultation in order to find the right herbal blend — something Tate says her customers are a bit nervous about in the beginning, even as she assures them their conversations are confidential.

“I do have a lot of (customers) that are very private, and they tend to not want to talk about those things” happening in their reproductive organs, Tate said. “But the thing is, the things that they don’t want to talk about, a lot of women want answers for. ... You’ve probably got a million other women that are suffering from that.”

People can book regular yoni stools for a steam or a yoni throne, which includes a back massage and foot bath. Customers undress in private stalls to put on a gown and then move to the steam room, where they sit over a steam pot with an herbal blend specially chosen for their ailments.

Beyond bringing in the pot of boiling herb water, Martin notes it’s a completely hands-off process. Customers sit on the stools with the lights low, listening to music as they steam. Sessions usually last around 30 minutes in a process Tate says is so relaxing, some customers have actually fallen asleep during it.

But beyond the relaxing aspect, Tate says steaming — as well as other products she sells like vitamins, tea and soaps — can help a variety of maladies, from endometriosis to fibroids to urinary tract and yeast infections to post-pregnancy soreness. She also claimed it could help with things like anxiety and depression.

“If I’m stressed or depressed, I take time out for myself,” she said.

Self-care, beauty on menu at new Splendore - The Medical Spa in Cedar Falls

In a nod to the fact that customers may be off to see someone special after a steam, Martin sells “spend the night” bags that include condoms, a toothbrush kit, makeup wipes, a hair bonnet, lip gloss, a lash kit and towels. Le’Yoni Rose also sells home steaming kits so people can continue the process at home if, like Tate, they get hooked on v-steaming.

“Self-love is what I promote, and empowering women and making them feel good about themselves and not being ashamed of whatever they’re going through,” Tate said.

Le'Yoni Rose is a new spa in Waterloo. 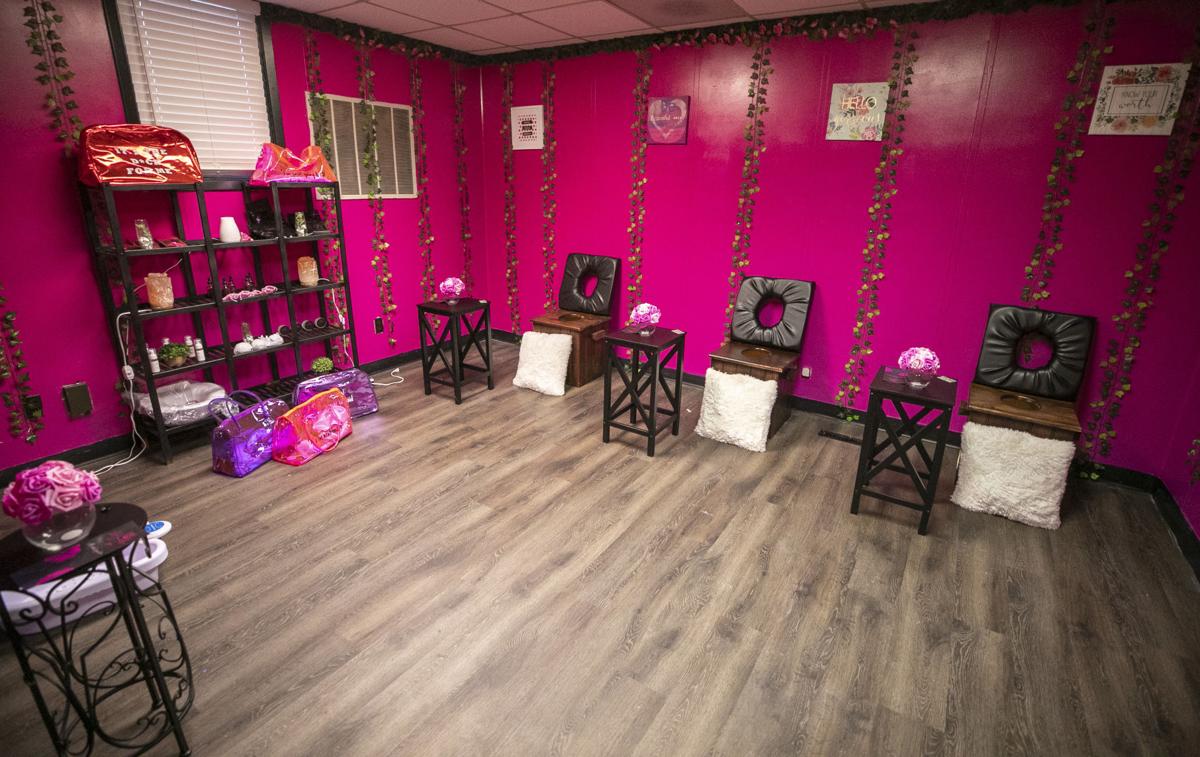 The spa room inside the new business Le'Yoni Rose in Waterloo.