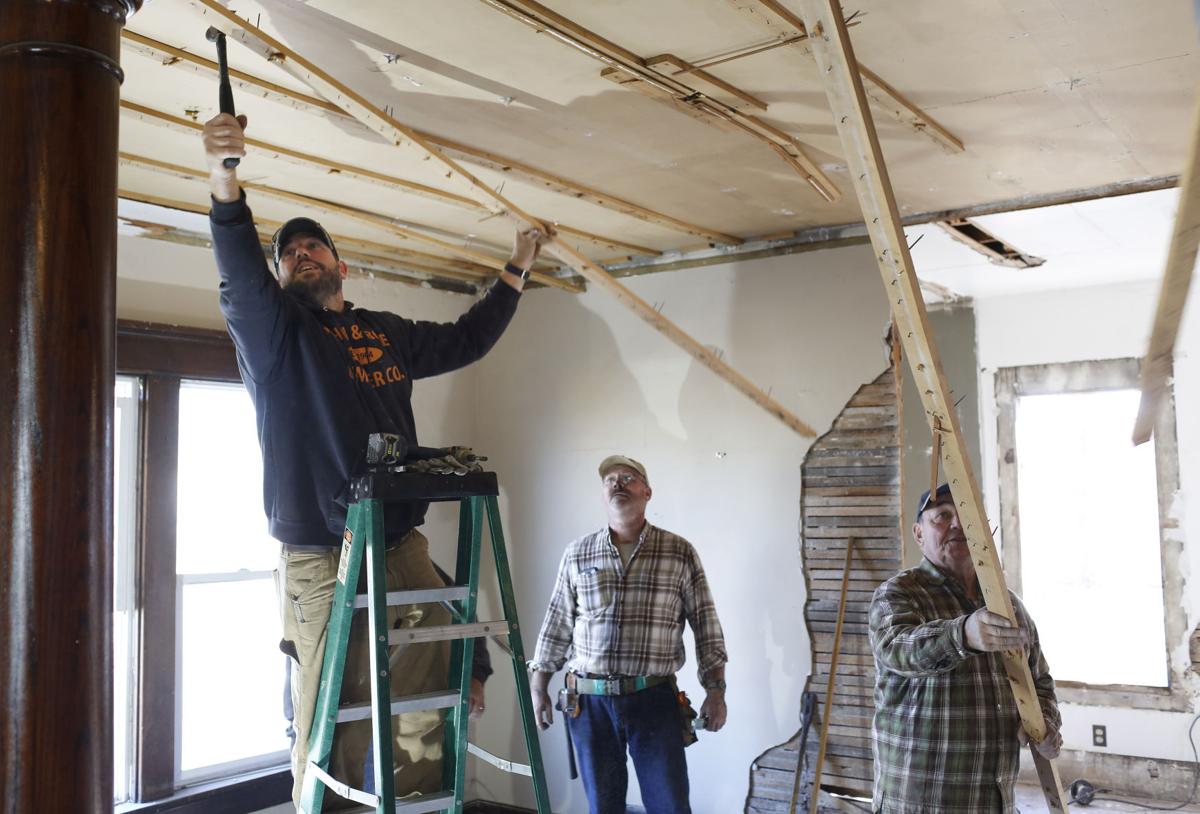 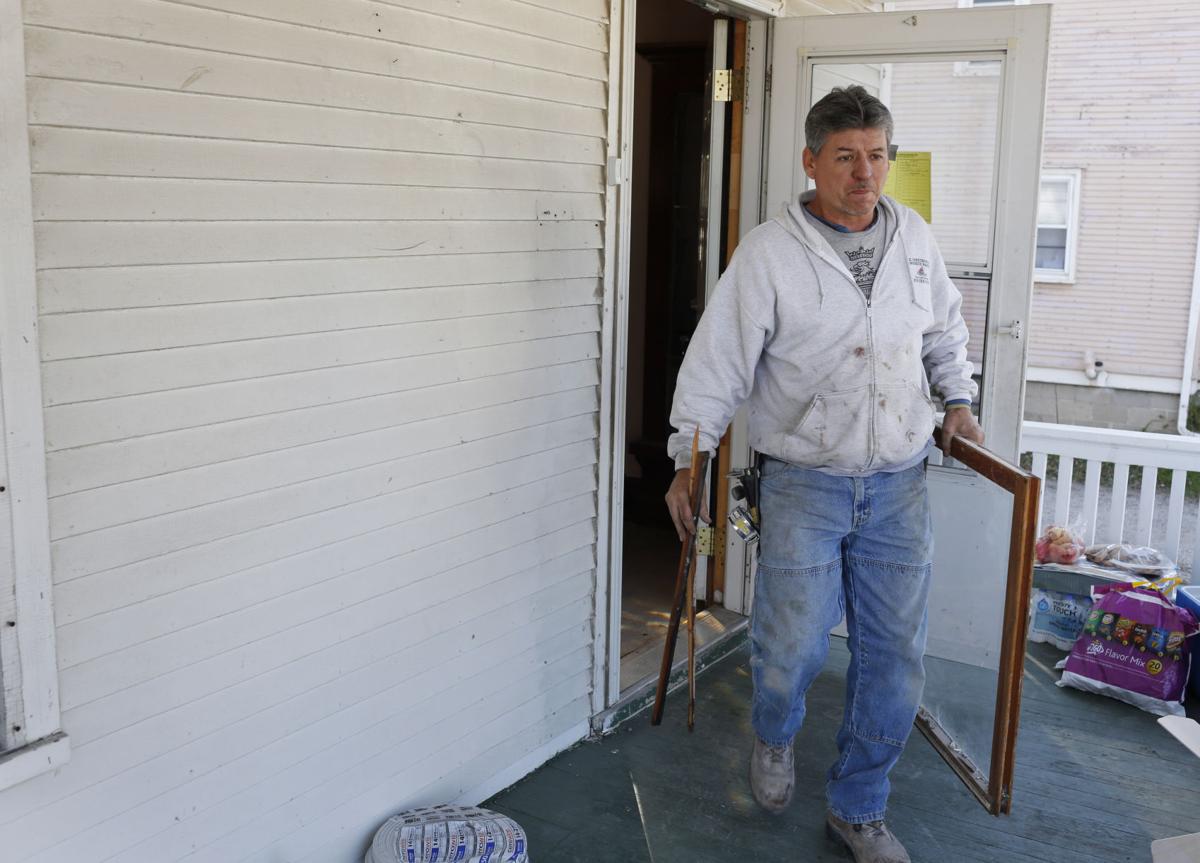 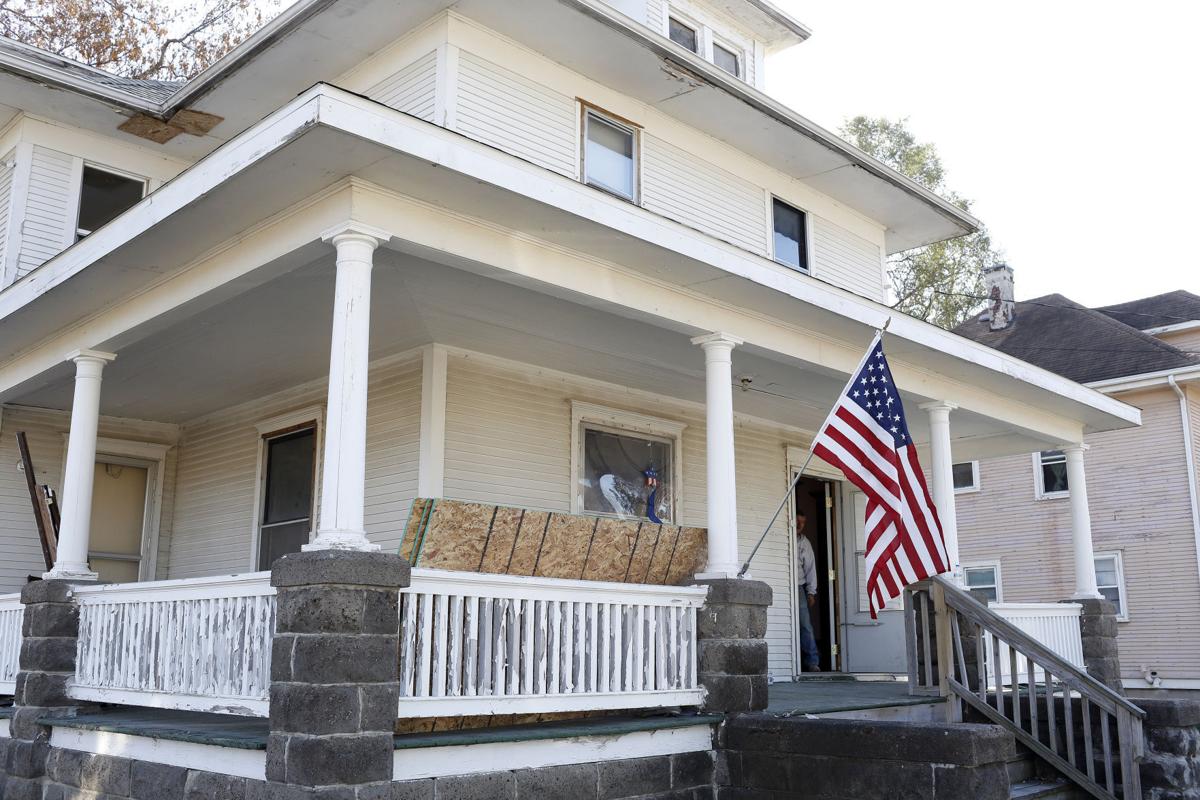 This donated home at 420 E. Ninth St., Waterloo, will house homeless veterans after renovations are done. 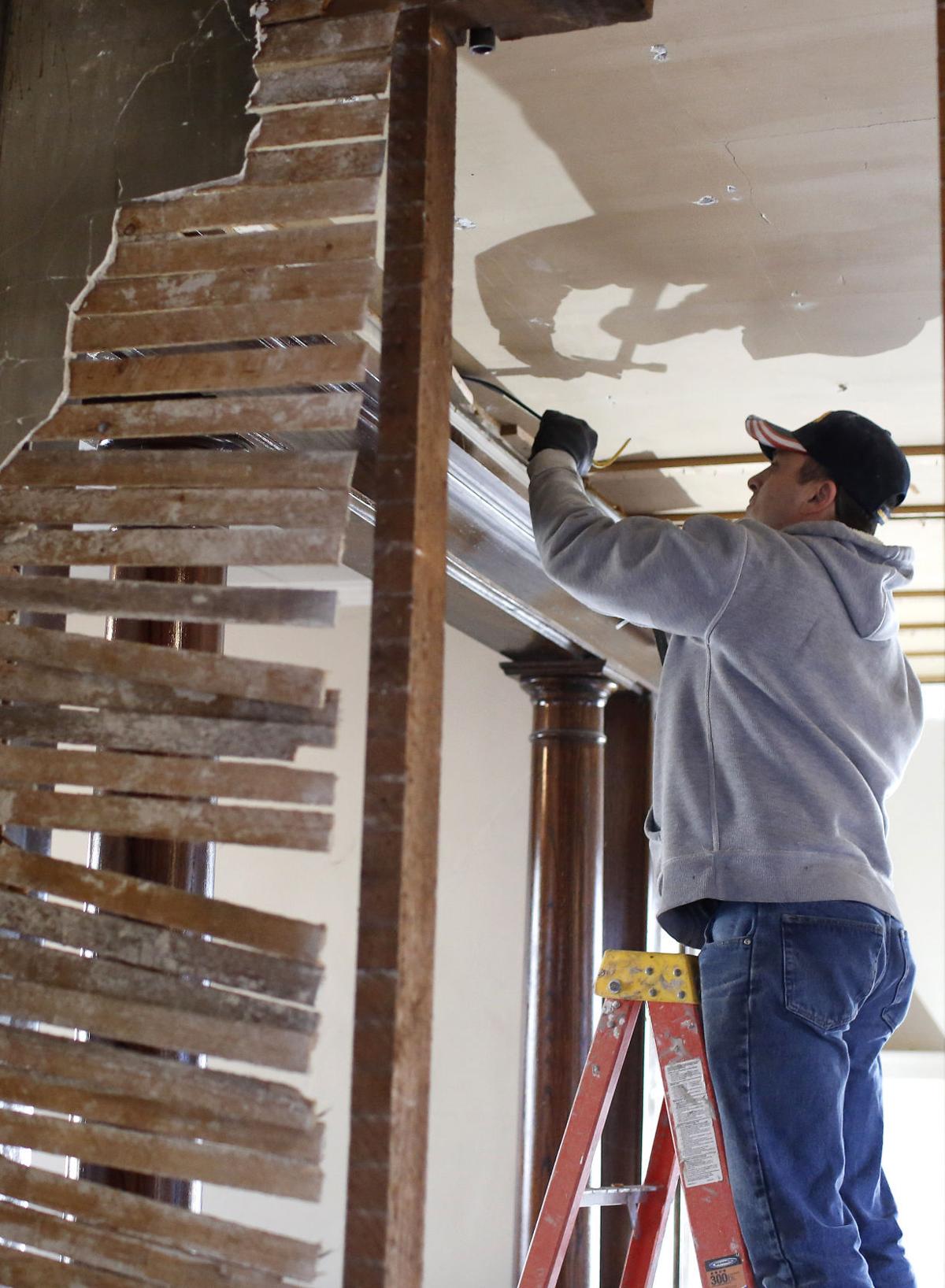 John Dodge removes the ceiling in a donated home that will house homeless veterans on East Ninth Street in Waterloo Saturday.

WATERLOO — Hammers pounded, sawdust billowed and old plaster and lath cracked and crumbled as a group of volunteers took to a home to repair it for homeless veterans Saturday.

“We’re doing a little removal and prep and getting ready to frame some of the walls that we moved a little bit because we’re making a full handicapped bathroom,” said Tim Combs. “We’re putting windows in.”

Combs operates Americans for Independent Living, which received a $100,000 grant from the Trump Foundation in January to renovate the donated house at 420 E. Ninth St.

On Saturday, an army of about a dozen volunteers — most veterans themselves — got to work moving walls, preparing for new windows and removing an old chimney.

“I’m a veteran, and this is not only part of a civic duty but also I’m helping the Lord, helping my brothers,” Hughes said. He said it was his first time assisting with the Ninth Street house.

Combs plans to have the house up and running as transitional housing in the next three or four weeks. When finished, the building will accommodate three male veterans who will live there for six months to a year before moving onto other living arrangements.

“We will be able to hold three homeless veterans here to get them started back on their way, getting them off the street and back into the public and straightened out,” Combs said.

The house will also be a site for programs, including treatment and counseling, Combs said.

Donations have included more than just labor to rehab the house, Combs said. He said his organization has also received furniture, clothing and other items for the home and its residents.

Future plans for the group include finding another building to house female veterans.

People can donate at www.americansforindependentliving.org or by calling the organization at (319) 243-9932.

John Deere is hiring in Waterloo. Big time. Like, to the tune of 300 jobs.

The Cedar Falls Hy-Vee store at College Square is among a number of Iowa establishments cited by health inspectors for unsafe food practices.

The purple supports and tracks of a roller coaster soar above the snow-covered ground, and buildings are beginning to spring up as construction workers continue to labor through the winter.

Restaurant owner Jeani Johnson, 38, lost her dad and was pregnant with twins when her business had to shut down during COVID-19.

A teen has been detained after he allegedly crashed his car and broke into a nearby home.

After 'unprecedented' cold, 'sky-high' prices, CFU to raise gas bills around $45/month for next year

This donated home at 420 E. Ninth St., Waterloo, will house homeless veterans after renovations are done.

John Dodge removes the ceiling in a donated home that will house homeless veterans on East Ninth Street in Waterloo Saturday.