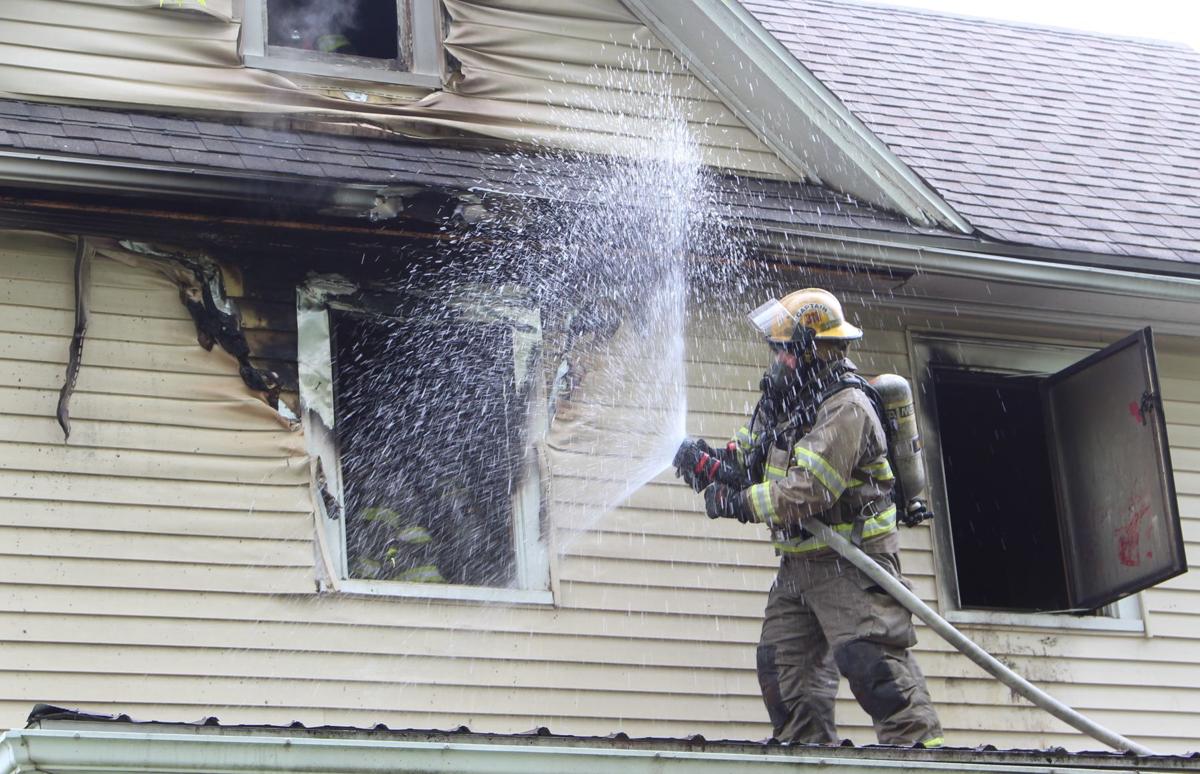 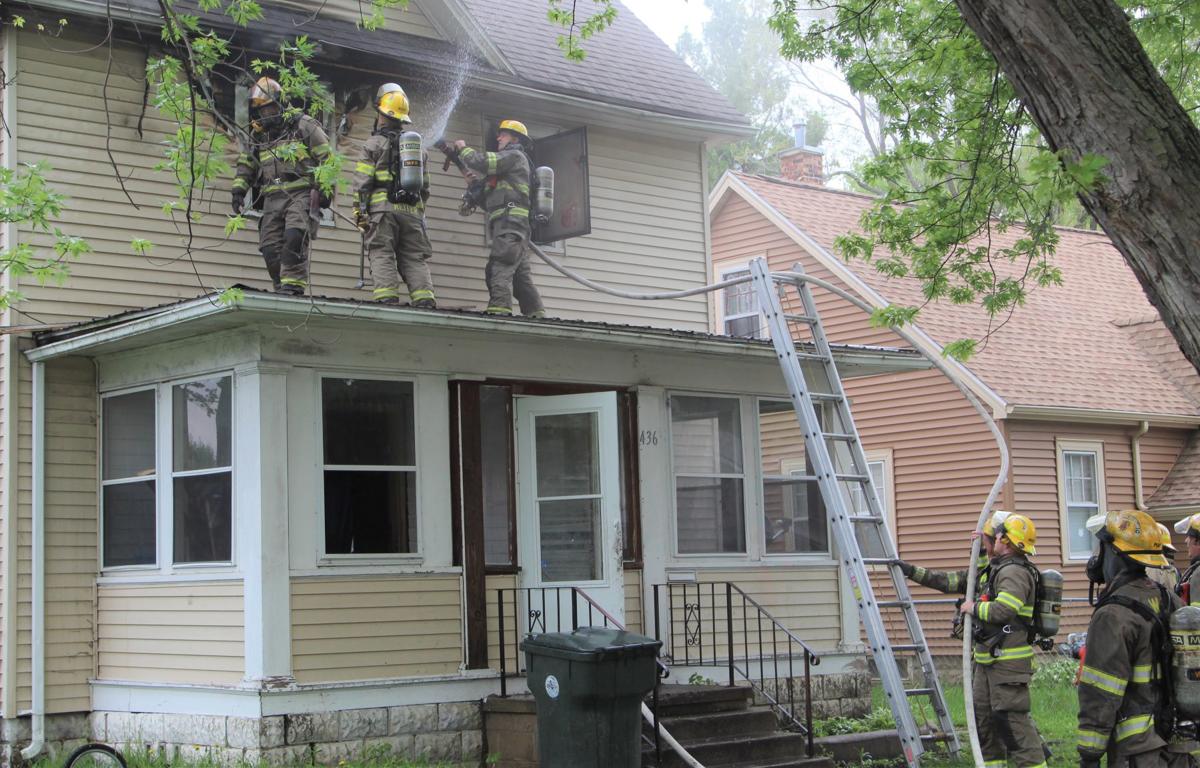 A Waterloo family escaped their burning home at 436 Cutler St. on Wednesday morning. 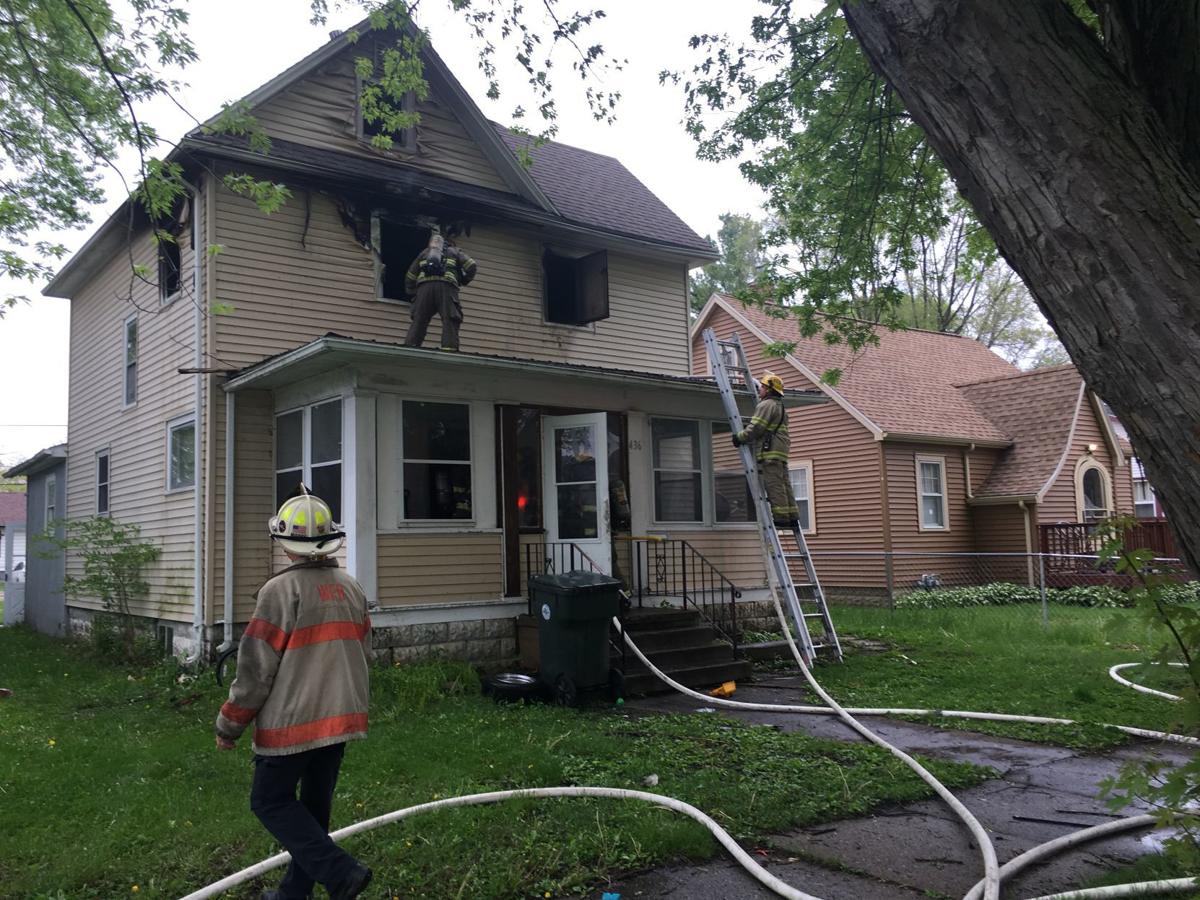 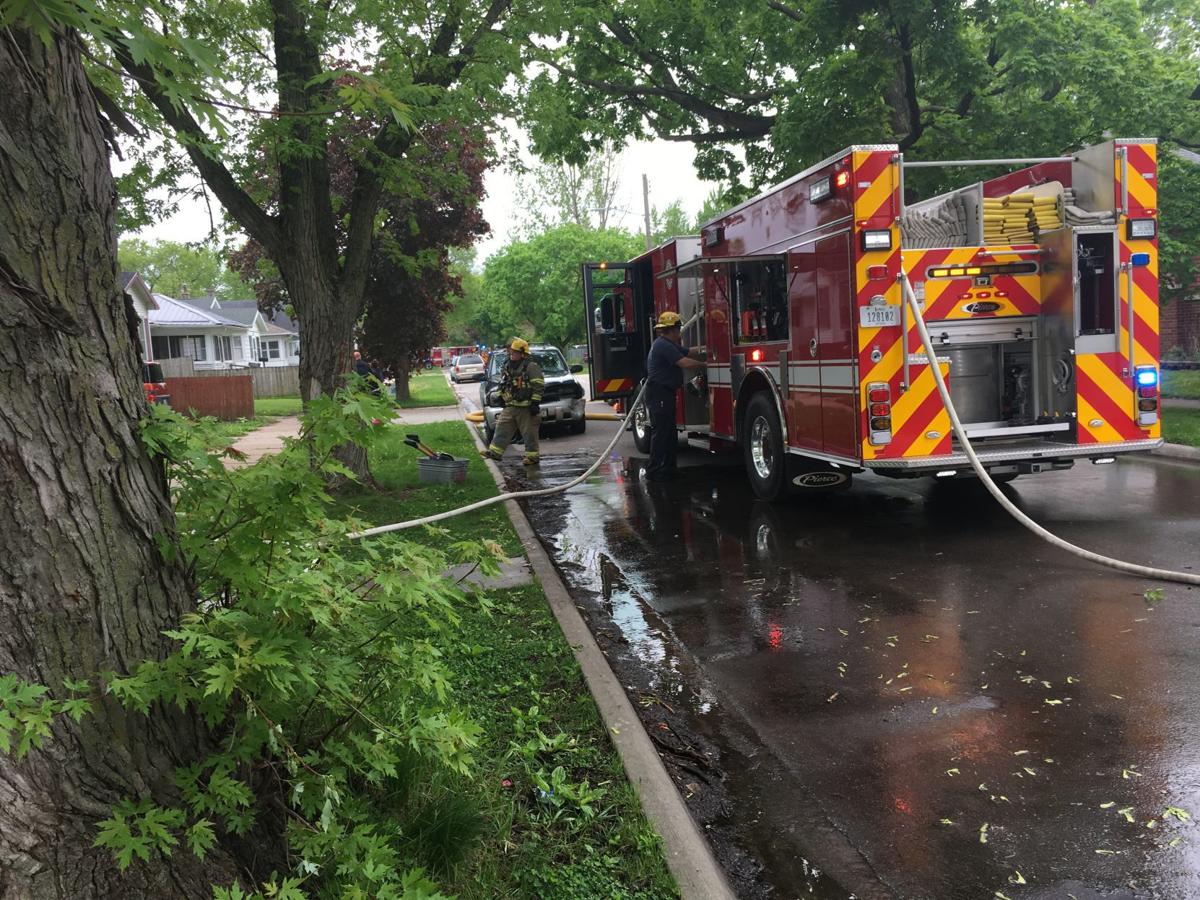 Waterloo firefighters are shown on the scene of the Cutler Street fire in Waterloo Wednesday morning.

WATERLOO -- A Waterloo family escaped to safety after a fire broke out in their home Wednesday morning.

Neighbors called 911 after spotting smoke around 9:20 a.m., and firefighters found flames coming from an upstairs window at 436 Cutler St.

“There was a lot of smoke and fire showing when we arrived,” said Battalion Chief Mike Moore with Waterloo Rescue.

Firefighters rescued a dog from the burning house, Moore said.

The bedroom where the fire started suffered heavy damage, and the fire spread into insulation below the attic space. Moore said the second story had heat and smoke damage, and the lower level had water damage.

The cause of the fire hasn’t been determined, and officials said it doesn’t appear suspicious.

The Red Cross is providing emergency shelter for the woman and five children who lived in the home.

Videos of local fire departments in action at residential fires.

Fire destroyed a former church at 124 Third Ave. NW, Waverly, Iowa, that was in the process of being converted into a home on Monday, Dec. 19,…

Officials are investigating a fire that damaged a Waterloo home Dec. 3, 2019. Neighbors called 911 after noticing a fire on the back porch of …

Firefighters in Waterloo, Iowa, rescued a man from his Jefferson Street apartment after fire broke out around 5 a.m. Feb. 19, 2016.

Cyclist injured in accident with semi in Waterloo

A bicyclist was taken to the hospital with a broken leg after he was hit by a passing semi truck early Wednesday.

Last week, Joel Fitzgerald won a legal skirmish when an ALJ with the Texas State Office of Administrative Hearings ruled Fort Worth officials should have filed his departure as an “honorable discharge” with the state law enforcement commission instead of a “general discharge.”

2 arrested for damaging field while four-wheeling

The two were from Oelwein.

He has prior convictions for burglary, firearm possession, and assault.

A Waterloo man who allegedly shot up a teen’s house because she talked about an unsolved homicide has been sentenced to federal prison for firearms crimes.

A Waterloo family escaped their burning home at 436 Cutler St. on Wednesday morning.

Waterloo firefighters are shown on the scene of the Cutler Street fire in Waterloo Wednesday morning.