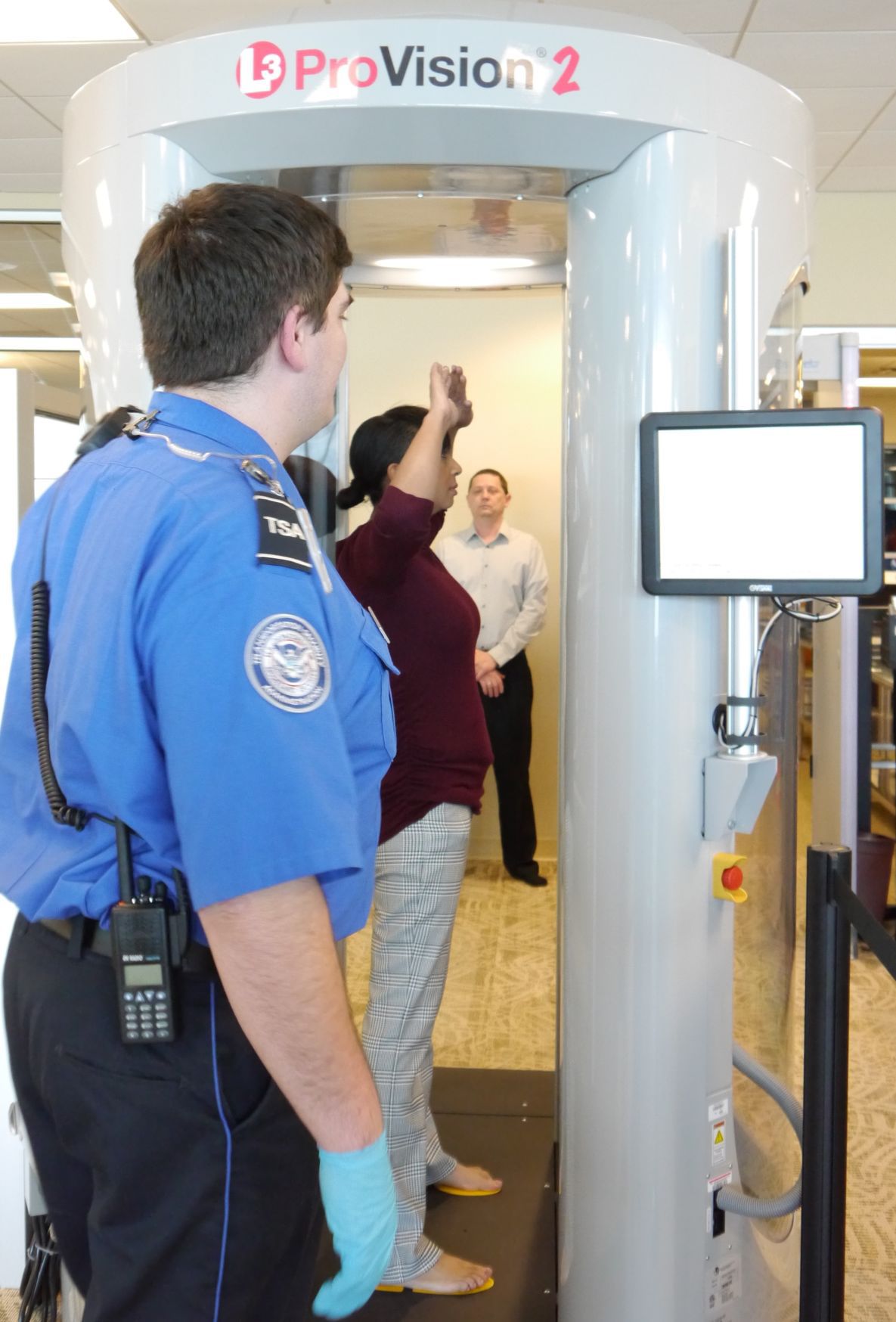 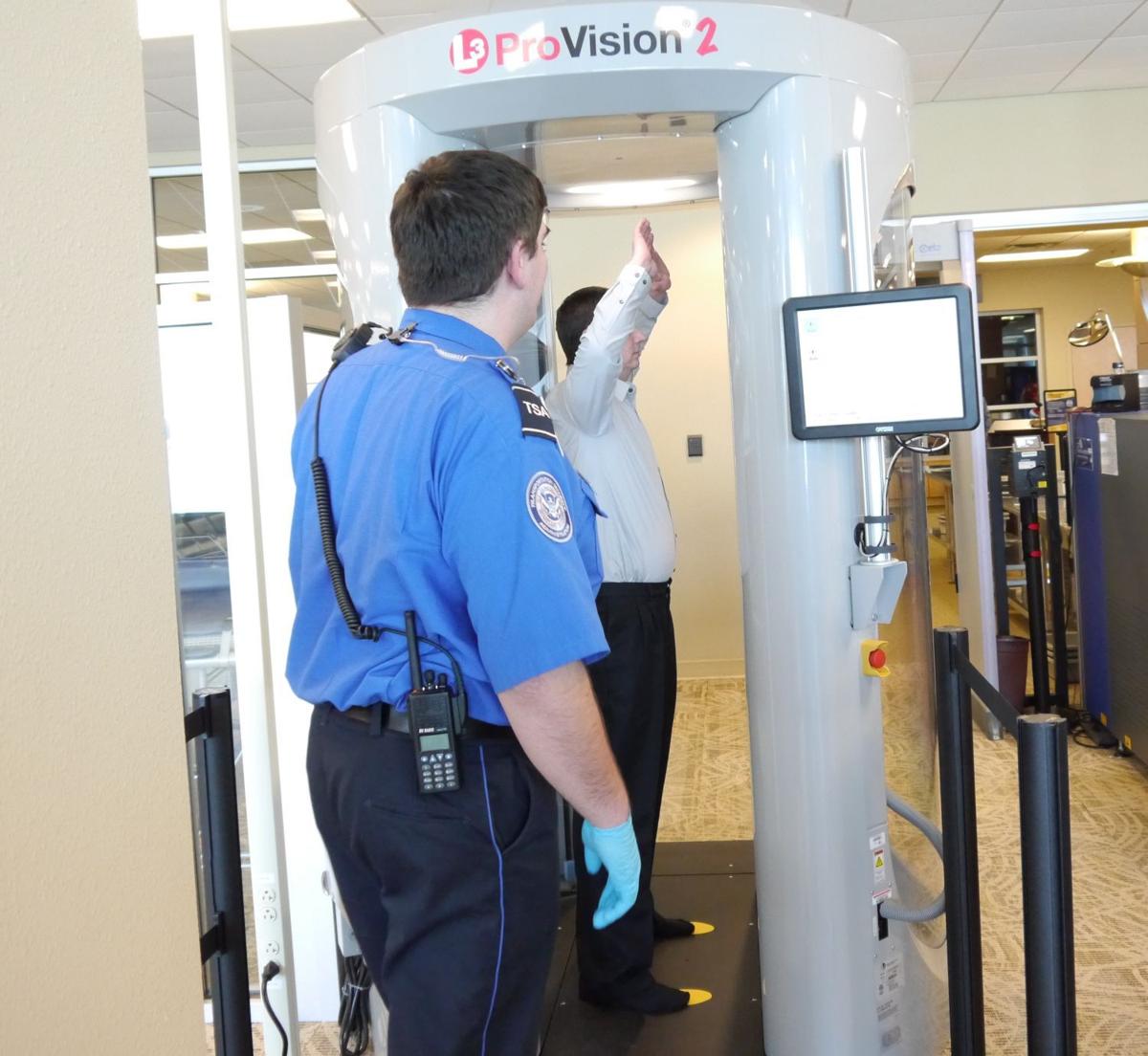 Clarification added 03/03/17: The image that is created as a result of the scan was not explained correctly. The image is not black and white, but it is generic and uses the same body outline regardless of gender.

WATERLOO — Travelers through Waterloo Regional Airport will be greeted with new security equipment that should make their screening process quicker and easier.

The advanced imaging technology unit was installed at the Waterloo airport and put into use Wednesday. Many major airports across the nation already have the new technology, and now the U.S Transportation Security Administration is bringing it to regional airports as well.

Carrie Harmon, a TSA spokesperson, said the biggest change for passengers will be they will now have to remove all items from their pockets as the technology detects both metallic and nonmetallic items that may be concealed.

“We get a very positive response when we install this technology,” Harmon said. “It’s particularly popular among people who have knee or hip replacements. It’s also … very fast; it’s easy; it cuts down on the number of pat-downs; it’s efficient, so all those things make it very popular with passengers.”

During a demonstration, Harmon showed, because the the unit specifies on a non-gender specific image of a person where there is an unidentified object, the TSA officials’ pat-downs would be targeted to the location of that object.

It also doesn’t emit much noise to alert TSA officials of a concealed object, which is why Harmon said it’s popular among those with joint replacements.

The imaging technology unit uses electromagnetic waves that bounce off a person’s body to create a generic image that identifies any objects on the person. Harmon said it emits 1,000 times less energy than international limits and guidelines. A person will generally be in the imaging unit for about 3 seconds.

The units are paid for and installed by TSA at a cost of $120,000 per unit. But Harmon said the unit would not be installed without the partnership of the Waterloo airport.

More information about the units is available at www.tsa.gov by typing “advanced imaging technology” into the search function.

WATERLOO — More passengers flew out of Waterloo Regional Airport in 2016 than any time in the past eight years, a new report compiled by airpo…