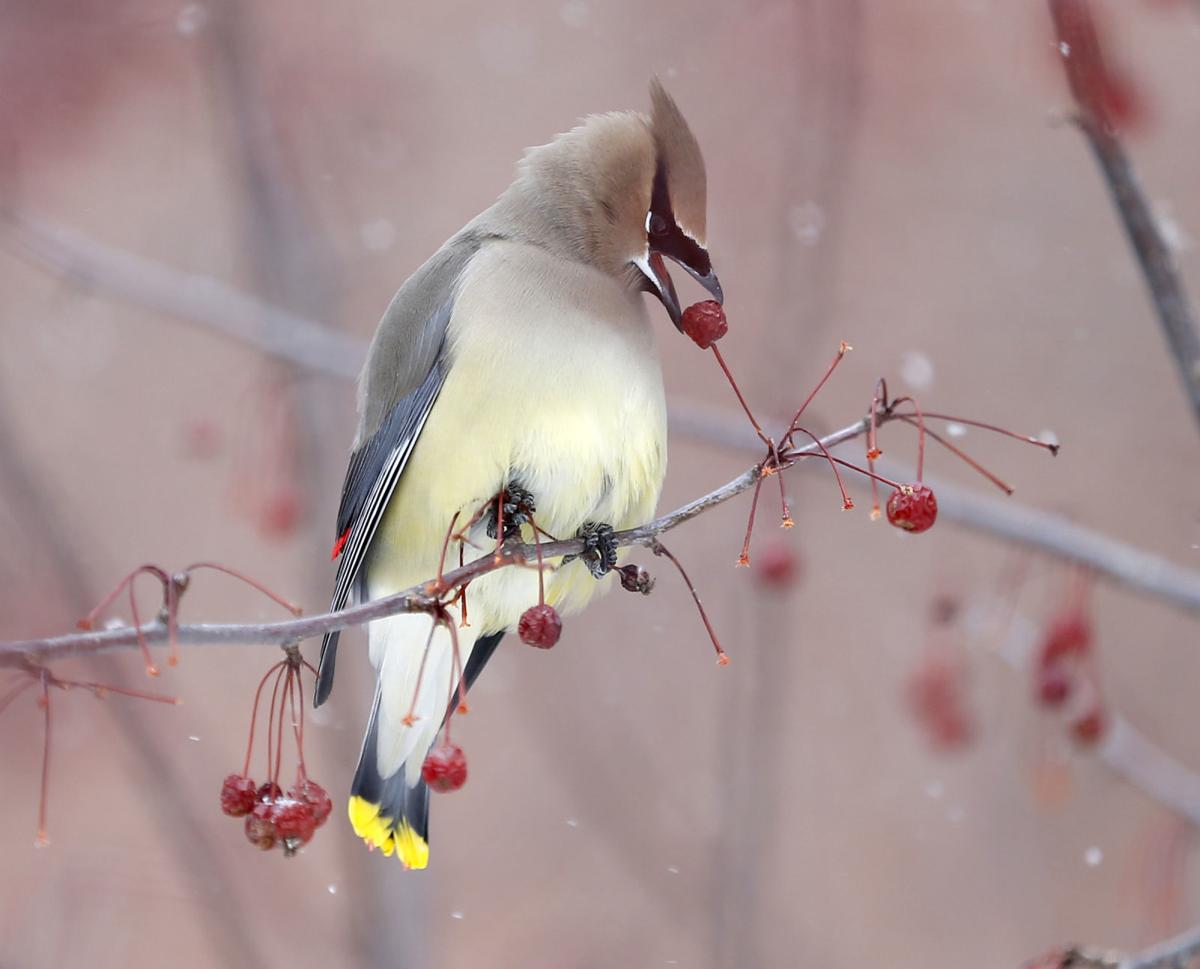 A cedar waxwing feeds on frozen berries in a tree on the University of Northern Iowa campus in Cedar Falls on Thursday. 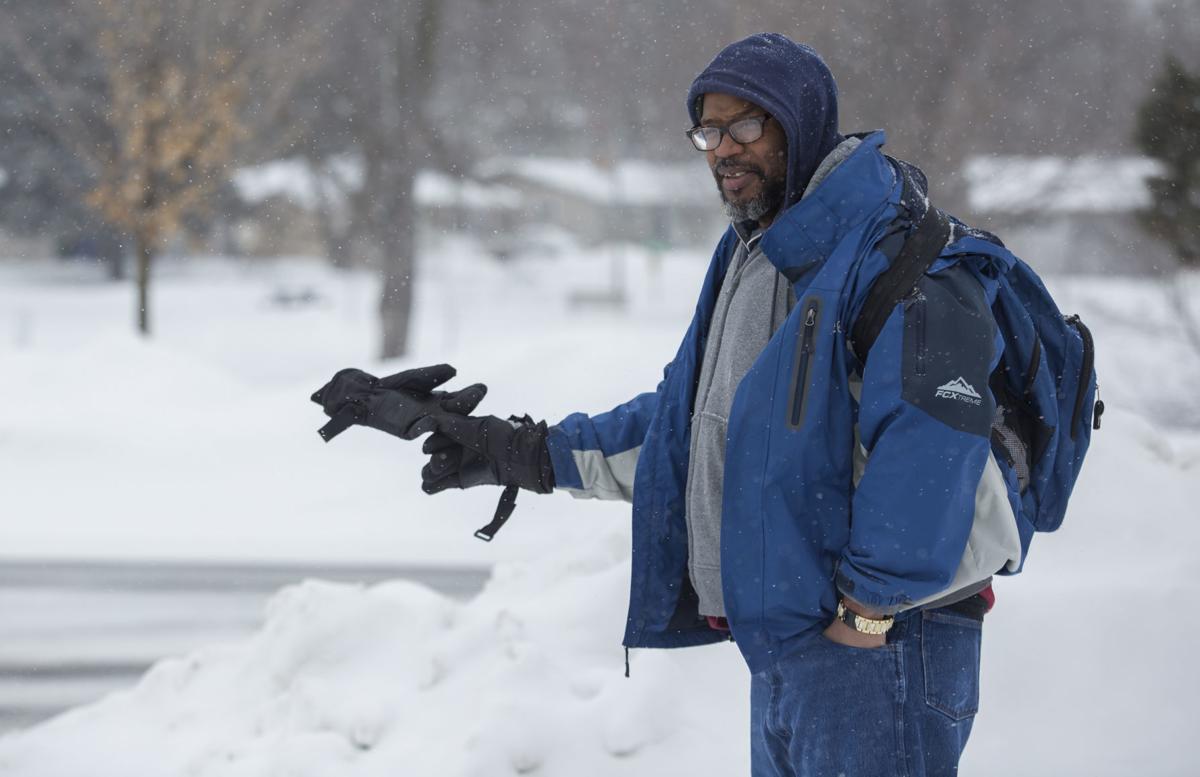 Anthony Sterns flags down the bus with one of his gloves as he waits for the bus in the snow along St. Francis Drive on Thursday afternoon. 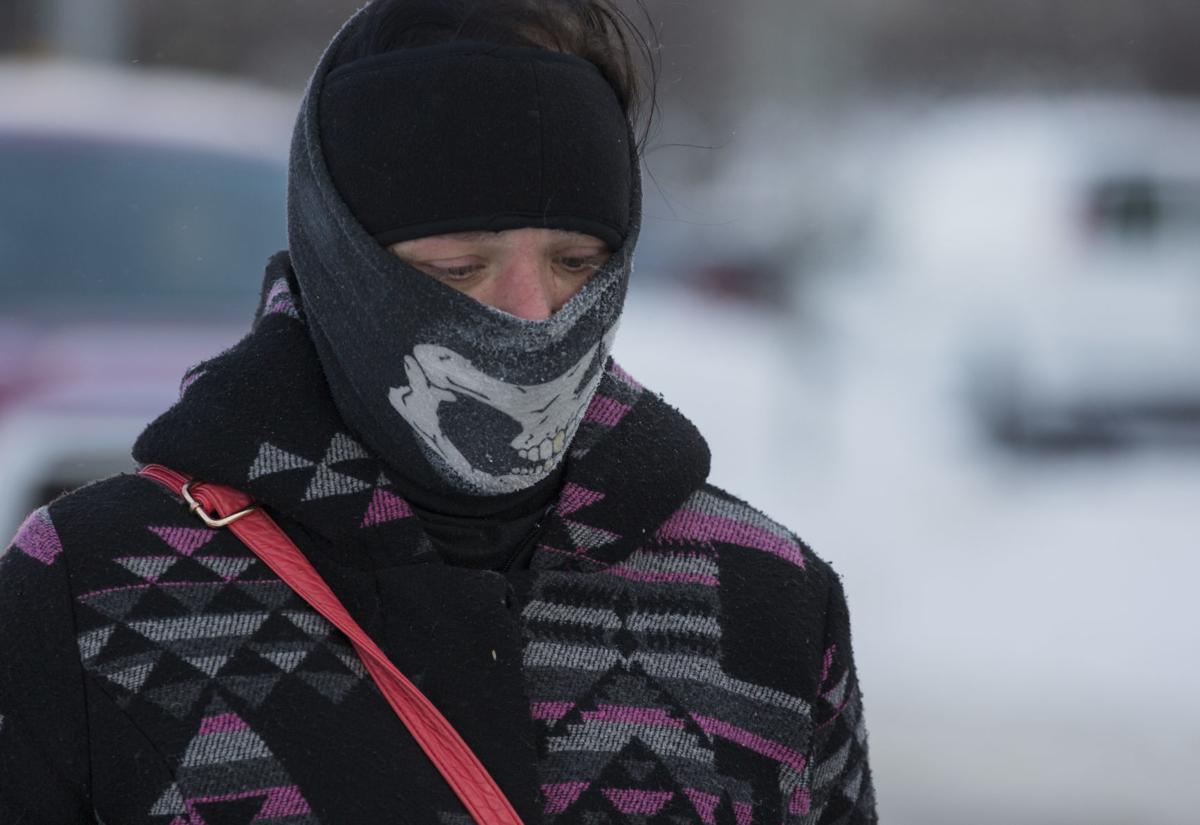 Eleanor Armstrong braves the minus 4 degree weather as she walks down Fifth Street to Dollar General on Tuesday. 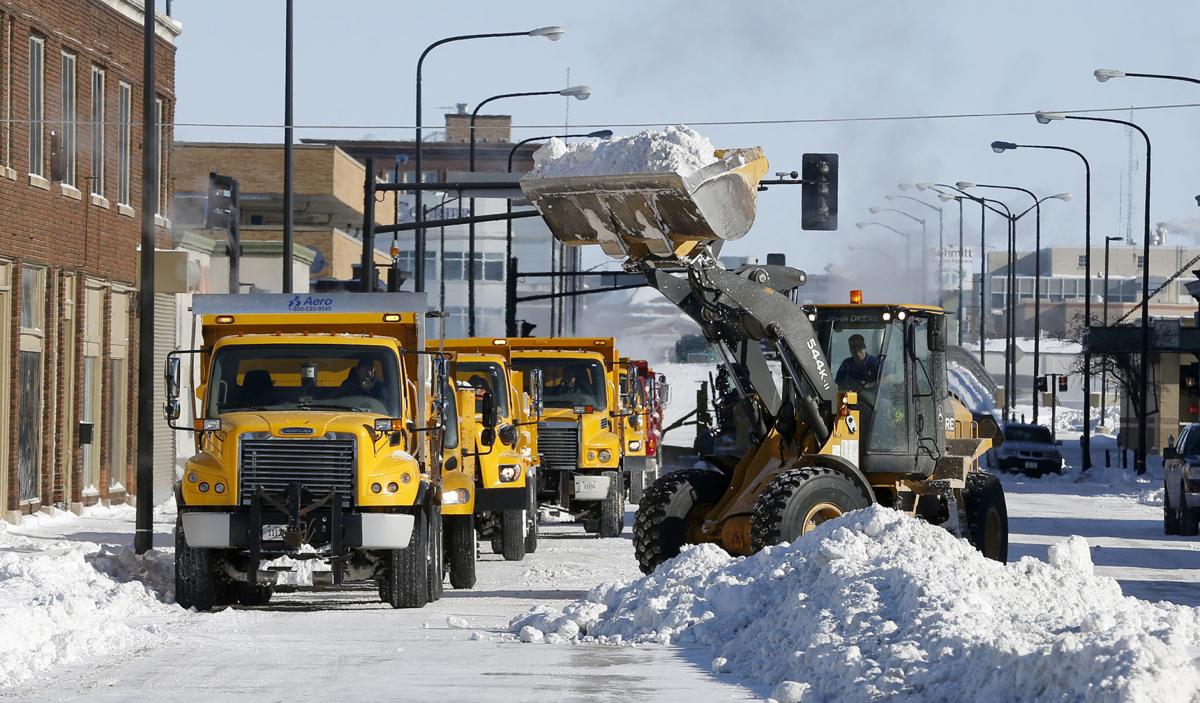 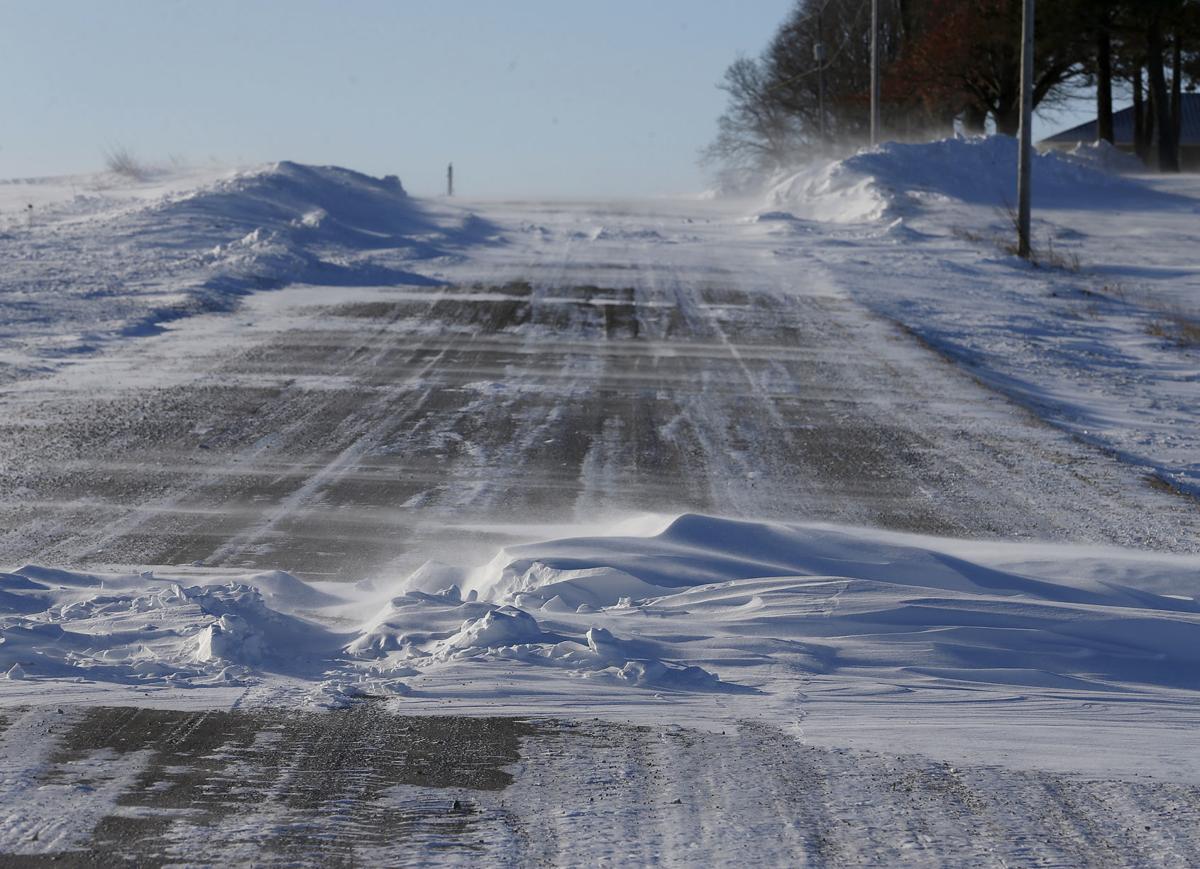 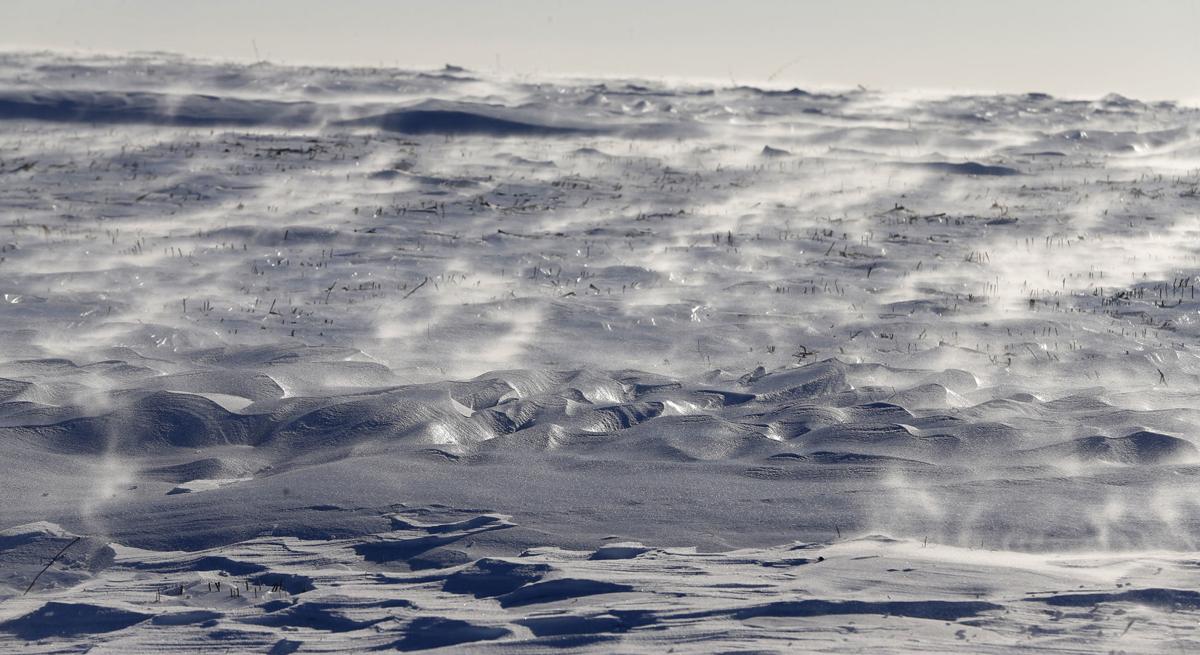 WATERLOO — The polar vortex that brought many cities to a standstill with record low temperatures should end with a rapid thaw experts say could be unprecedented.

Sunday could be more than 70 degrees warmer than Thursday, when the low temperature broke a 101-year-old record in Waterloo.

“I don’t think there’s ever been a case where we’ve seen (such a big) shift in temperatures,” in the winter, said Jeff Masters, meteorology director of the Weather Underground firm in Chicago. “Past record-cold waves have not dissipated this quickly. ... Here we are going right into spring-like temperatures.”

The Waterloo Regional Airport, an official weather station, reported a low of minus 31 degrees Farenheit on Thursday morning, according to the National Weather Service bureau in Des Moines. That shattered the previous Jan. 31 record of minus 27, set back in 1918.

Waterloo’s low temperature Wednesday hit minus 29 degrees, which bested the record Jan. 30 record of minus 24 set in 1951, according to the NWS.

The city also broke the minimum maximum record for Wednesday, or the coldest high temperature, which had been minus 6 on Jan. 30, 1996, and on Wednesday was minus 12.

Wednesday’s and Thursday’s temperatures were nearly 40 degrees lower than the average for this time of year, according to the NWS. Around 1 to 2 inches of snow fell in the Cedar Valley as well, keeping emergency responders busy as vehicles slid of roads and into each other.

But relief is on the way. A high of 20 degrees is forecast for today, with a high of 38 on Saturday and 45 on Sunday.

Not everyone was ready for the cold weather, despite the warnings of dangerous temperatures and wind chills.

Waterloo Fire Rescue responded to several calls for exposure to cold over the last couple of days, said battalion chief Ben Petersen. Most of those were people who had skin exposed to the air, which in extreme cold can mean frostbite in just minutes.

“My PSA would be to make sure you have no exposed skin if you have to go outside,” Petersen said. “You’d think it’s common sense.”

Peterson said he’s making sure fire personnel don’t leave the station unnecessarily and get back from false-alarm calls quickly. Because diesel fuel engines are susceptible to gelling up, fire station personnel used a diesel fuel additive to keep trucks operational.

“The biggest thing for us is that quick turnaround to get them back,” Petersen said. “It doesn’t change what we’re going to do when we get there.”

Waterloo Police Sgt. Joe Liebold noted a few officers had run into snowbanks and one even knocked over a median sign, joining other motorists with minor fender-benders in the slick conditions over the past few days.

The squad vehicles’ plastic bumpers cracked in those instances, but no major damage or injuries were reported, he said. Damage on the vehicle that hit the sign would amount to less than $1,000, he said.

Sandy Greco, who oversees Animal Control for Waterloo and Cedar Falls, said over the last two days officers rescued a number of strays, mostly cats, from the cold and took them to a local shelter.

The good news is officers have not had to remove any animals from owners, she said. People heeded the words of animal control officers to make sure pets have adequate warmth.

“We’ve been on many, many calls because of concerned neighbors and citizens, but everybody has received us well. It’s very good, because the few we’ve had to take (in previous cold snaps) were in really bad shape.”

As the polar vortex recedes, life returns to normal in Northeast Iowa.

Cedar Valley students returned to school today for the first time this week.

Snow plows and motor graders were clearing Black Hawk County roads Thursday, and all roads should be cleared by noon today.

While still below zero, temperatures edged up Thursday and should be comparatively balmy by the weekend. But winter wasn’t giving Northeast Iowa too much of a break: Freezing drizzle and frost-covered roads are forecast Saturday morning, dense fog was likely to descend Saturday night into Sunday, and a wintry mix of precipitation is forecast for Sunday night into Monday.

WATERLOO — As record low temperatures brought life to a standstill Wednesday, the bitter cold was cited as a factor in the death of a Universi…

WATERLOO -- The entire state of Iowa, as well as large swaths of the Midwest, remains under a wind chill warning as dangerously -- and almost …

A cedar waxwing feeds on frozen berries in a tree on the University of Northern Iowa campus in Cedar Falls on Thursday.

Anthony Sterns flags down the bus with one of his gloves as he waits for the bus in the snow along St. Francis Drive on Thursday afternoon.

Eleanor Armstrong braves the minus 4 degree weather as she walks down Fifth Street to Dollar General on Tuesday.