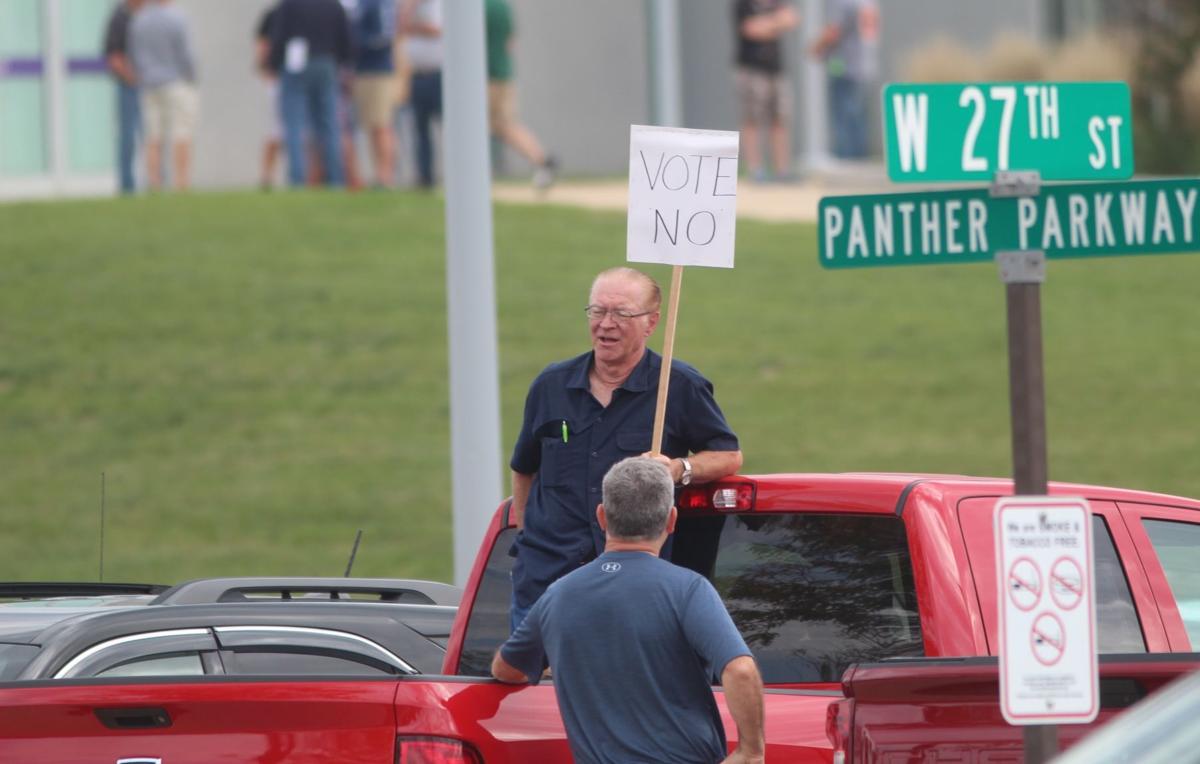 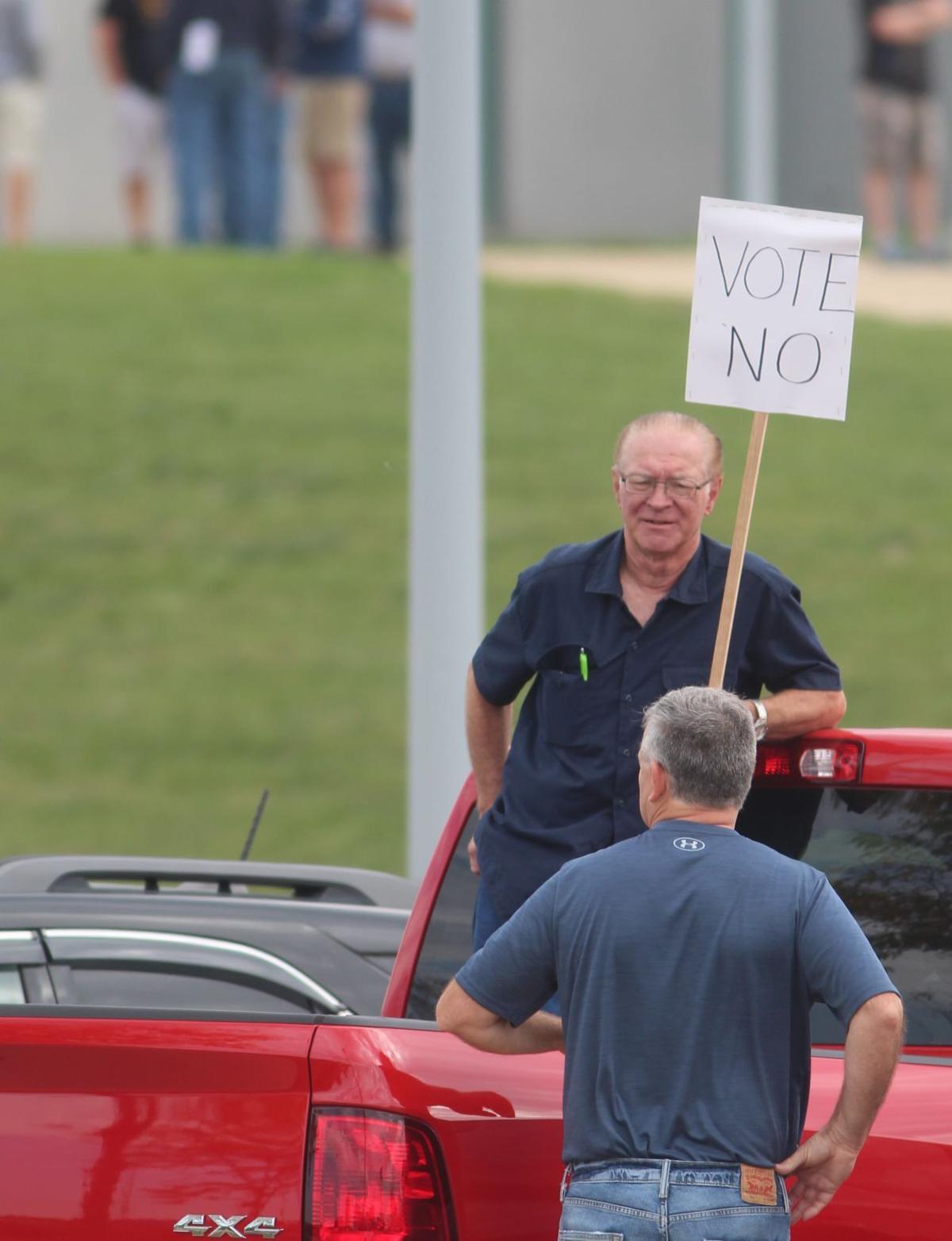 WATERLOO — Union workers at Deere and Co. voted down a proposed six-year contract Sunday, according to company officials.

The agreement would have covered more than 10,000 production workers at the Waterloo locations and about a dozen other sites in Illinois, Kansas and elsewhere in Iowa.

According to Waterloo-based UAW Local 838, the union’s bargaining committee was headed to Moline, Ill., where Deere is headquartered, on Monday for further negotiations.

Workers are being asked to report to work as normal. The strike deadline is midnight Wednesday with picket duty starting Thursday morning if an agreement can’t be reached.

Locally, workers overwhelmingly rejected the offer with 2,518 no votes to 189 yes, according to the union.

At UAW Local 74, which represents workers from the Ottumwa facility, nearly 87% of workers rejected the company’s offer, according to that local’s Facebook page. At the Quad City-based Local 281, 85% rejected the offer.

Brad Morris, Deere’s vice president of labor relations, said Sunday the tentative agreement “would have made the best wages and most comprehensive benefits in our industries significantly better for our employees.”

He said the company will head back to the table.

“John Deere remains fully committed to continuing the collective bargaining process in an effort to better understand our employees’ viewpoints. In the meantime, our operations will continue as normal,” Morris said in a prepared statement following the vote.

In a rare move, union members got a sneak peak at the deal in a 24-page highlighter that was distributed at the union hall Friday and Saturday.

On Sunday, members streamed into the McLeod Center at the University of Northern Iowa Campus in Cedar Falls to cast their ballots.

The proposed contract would have offered raises, reinstated a cost-of-living adjustment that disappeared in the prior contract and routed new hires to a cash balance plan and 401K retirement program instead of a pension.

Many of those voting against the proposed contract said they were concerned over the size of the raises, options for retirement health insurance and pensions.

“The worst part is you get 12% raise over six years. That amounts to 2% a year. They brought back the cost-of-living clause, but it never kept up with the cost of living, so you just fell behind anyway,” said Paul Ganske, a returning Deere employee who had served a stint with General Motors.

“At Fareway this week, bacon was $8.99 a pound. You gotta make more money if you got to pay those prices,” he said.

It wasn’t difficult to tell how Ganske — an Oelwein resident — voted. He cast his ballot early and then hung around in the bed of his pickup truck at the busiest corner of the parking lot holding up a sign that simply stated “Vote No.”

He said he got a lot of encouraging thumbs ups from passing cars.

“Everybody I talked to voted no,” said Michael Anthony, a CNC machinist at the plant for the past three years. He said he voted against the contract because of the pension and the size of the raise.

“Deere is making record profits. They could spread that around,” Anthony said.

Workers currently have a two-trier retirement system. Longstanding employees hired before 1997 have a full pension and health care when they leave; those hired after 1997 have a smaller pension supplemented by a 401K without health care after retirement. Under the proposed contract, those hired on or after Nov. 1 would have the 401K.

“The pension could be a little bit better. I think the company is making pretty big money, and they basically increased the shareholder value along with the market value for the overall company. I think there’s some money out there that they could distribute a little bit more,” Varney said. 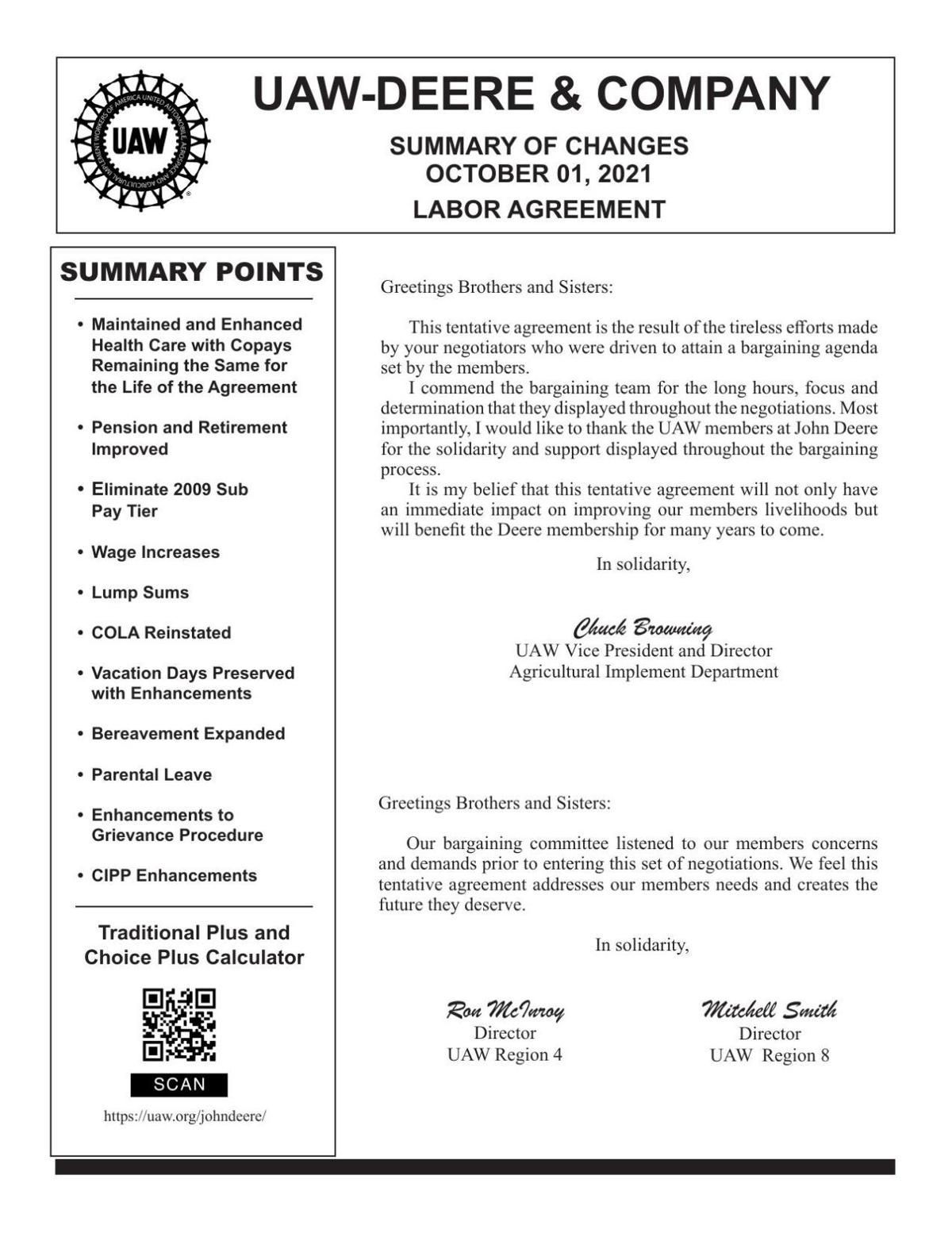 The last contract expired Oct. 1, and union workers voted to authorize a strike, which was averted by a 14-day contract extension.

Saturday’s fair drew lines of job seekers who queued up from the entrance of the museum -- which is currently closed due to the coronavirus pandemic -- across the front lobby and down side hallway where applicants could fill out applications on a dozen or so computer terminals with the help of staff.

A Waterloo man escaped injury when he crashed into a train on Tuesday. 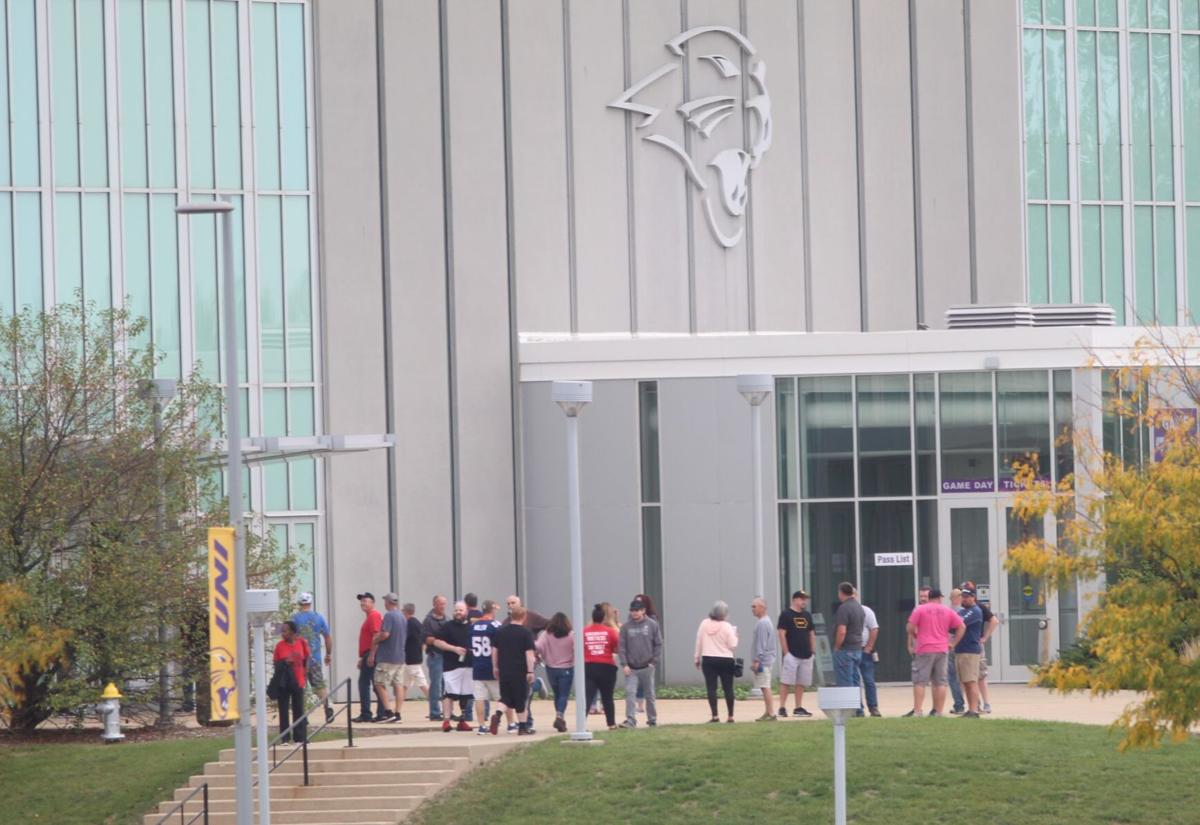