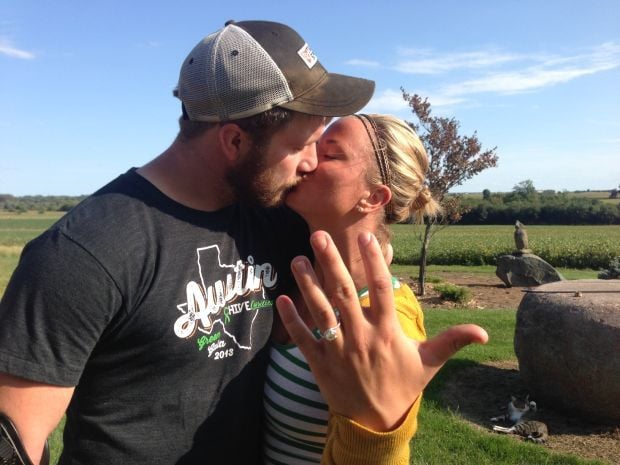 Taylor Morris and Danielle Kelly are engaged after nine years of dating. 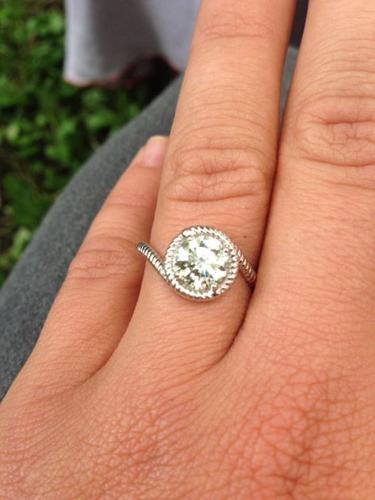 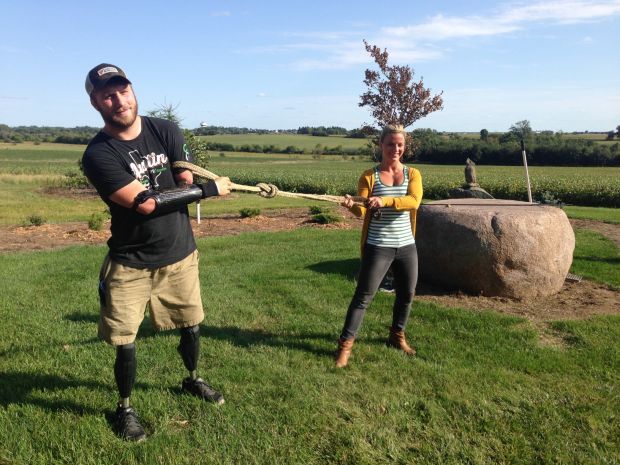 Taylor Morris and Danielle Kelly plan to "tie the knot" and are engaged after nine years of dating.

The couple announced their engagement Sunday on social media.

Kelly has been by Morris' side since the sailor lost portions of all four limbs in a May 2012 bomb blast in Afghanistan, aiding his rehabilitation. They have received national and international attention.

They have been frequently asked about marriage. On Sunday, Morris himself popped that question to Kelly.

"I didn't think he could surprise me any more," Kelly told The Courier. "He was as cool as a cucumber, and I had no idea."

Morris, ever the romantic, invited Kelly to a picnic lunch at one of their favorite places -- a spot on his parents' property, near a little creek by a fire pit. They'd been going there since first dating nine years ago while attending Cedar Falls High School.

Morris prepared the lunch -- including sandwiches, vegetables, wine and music. It was nothing out of the ordinary for him.

"Seriously, Taylor is such a romantic nothing crossed my mind at this point," Kelly wrote online.

When Kelly went to dish up ice cream for dessert, she found a ring box inside.

"At first, I thought it was a big piece of chocolate," she wrote. "Then at a second glance, I notice it was a box! I grabbed the box, opened it. It was the perfect ring, and Taylor asked me. I was so shocked that I think it took me a minute or two to finally say 'Yes!'"

Kelly said Claire Morris, Taylor's sister, knew what was afoot in advance. Also, Kelly said, "He had asked my dad's permission a while ago, but no one knew it was going to be today."

But Morris began preparing for the big moment months ago. The 1-karat-plus ring came from Precieux Art Jewelers in Cedar Falls. Its owner and operator, Dave Cutler, said Morris came to the business in January or February to order it.

"Talk about patience," Cutler said. "We told him we were not going to put anything about it on our Facebook page until he told us. He said, 'It might be a while.' He was saving up for it. He had it all planned out. I'm so happy for them. They are such a nice couple."

The couple also are still working on securing a site to build a home -- an iPad controlled "smart home" to accommodate Taylor's disabilities.

Some $500,000 was raised to build the home by various foundations, under the "Building for America's Bravest" initiative of the Stephen Siller Tunnel to Towers Foundation of Staten Island, N.Y., and the namesake foundation of actor Gary Sinise.

The foundations co-organized an August 2013 concert in Cedar Falls by Sinise's "Lt. Dan Band" to help raise the funds.

Kelly said it would be "awesome" if their home could be ready in time for their wedding.

Oxford students walk out in support of Uvalde

Oxford students walk out in support of Uvalde

Taylor Morris and Danielle Kelly are engaged after nine years of dating.

Taylor Morris and Danielle Kelly plan to "tie the knot" and are engaged after nine years of dating.