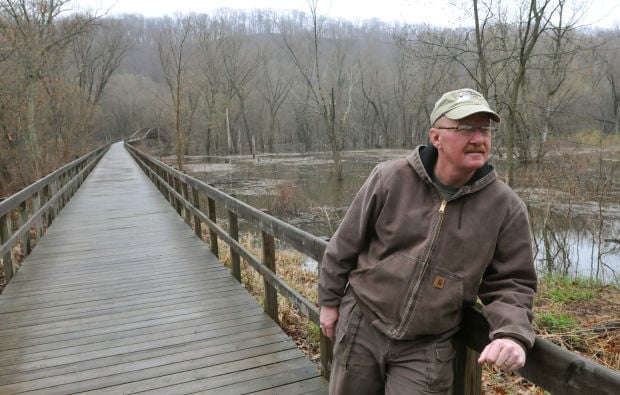 Dennis Kirschbaum, a retired conservation warden for the state of Wisconsin, frequently visits the Effigy Mounds-Yellow River Forest area. One of the attractions is a boardwalk into the river bottom. 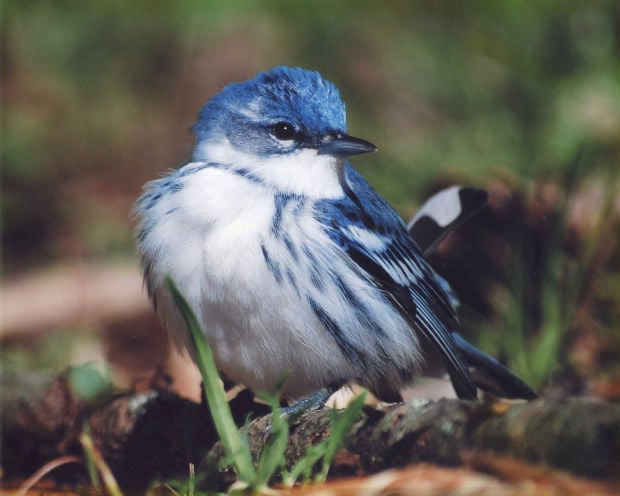 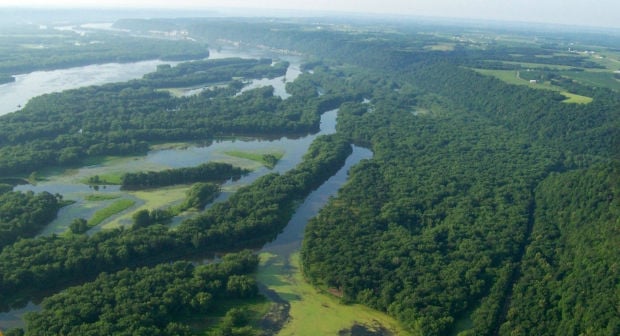 The lower portion of the Sny Magill Complex on the Mississippi River is part of the globally significant bird area. The wooded space includes bluffland forests and several alluvial fans where researcher Jon Stravers found a cluster of cerulean warblers. 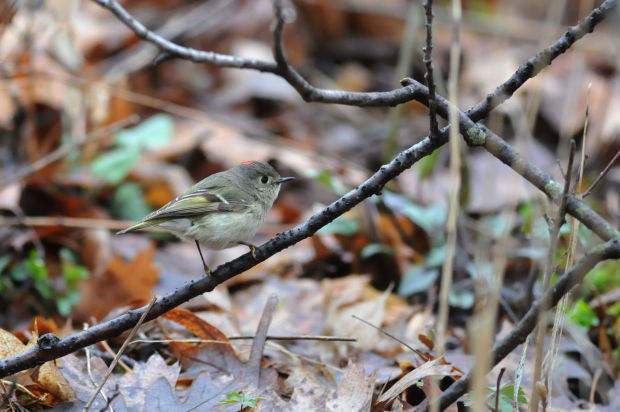 A ruby-crowned kinglet forages in the underbrush in the Effigy Mounds-Yellow River Forest area.

Piles of dirt molded centuries ago by ancient peoples hooked Stravers as a kid, and he remembers his first visit to Effigy Mounds National Monument and Yellow River Forest.

"That had an affect on me," he says. "I've constructed my life to do this."

Stravers, 65, began observing and documenting his species of interest in the 1970s. Over the decades, though, he also picked up on a high-pitched, buzzy trill consistently echoing in the canopy of mature oaks and black walnut.

"I had birds just right at the same dang tree," he says.

Over the past six years, Stravers ultimately identified about 190 territories. The documented discovery represents one of the largest concentrations of a vulnerable species, the cerulean warbler.

Stravers work, endorsed by a number of National Audubon Society chapters and the Iowa Department of Natural Resources, supported an application to make the area Iowa's first globally important bird area. The designation will be official following a dedication ceremony May 31.

Stravers confesses a bit of amusement at the lofty phrasing.

"We knew this was globally significant long before some people in New York and Zurich said it was," Stravers adds later.

Dennis Kirschbaum of Prairie du Chien, Wis., is a retired conservation warden for Wisconsin. He also worked as a seasonal park ranger at Effigy Mounds, is a skilled birder familiar with the area.

For him, the "globally important" designation flags the region for others to enjoy as well.

"This is an information item for birders, for people, who want to see something really special," he adds.

The Effigy Mounds-Yellow River Forest region -- about 35,000 acres -- lies within the so-called "driftless area." The unique landscape was shaped by erosion rather than glaciers. Mature trees populate its high bluffs and deep ravines, which end in soggy wetlands near the Mississippi River.

The area is also in the famous Mississippi Flyway, a migration course that annually hosts millions of birds. According to Audubon, about 50 percent of North America's bird species and about 40 percent of its waterfowl use the flyway. Some pass through. Others, like the cerulean warbler, nest and raise their young.

Beyond that, 20 of 30 birds listed on Audubon's "species of greatest concern" for Iowa have been recorded in the driftless area as well as every species of warbler native to the state.

Knowledge about the area has grown in the birding community.

"I'd say in the last five years there's been a definite increase in the number of birders coming to Effigy Mounds," Kirschbaum says.

Tom Schilke of Waterloo is president of the Prairie Rapids Audubon Society. He visited the site last year, and the group has a field trip scheduled later this month led by Francis Moore of Cedar Falls.

"It's one of the kinds of spots that when birders want to find a specific species they travel to," he says.

The little blue birds that charmed Stravers, for instance.

"Cerulean warblers are not the kind of birds you are going to find outside the deep woods," Schilke says.

The little sky blue, black and white birds weigh less than 1/2 ounce and are 4 to 4 1/2 inches long. Over the course of a month, ceruleans migrate to the tropics, spending the winter in Venezuela, Bolivia and Peru.

Stravers' research suggests the Effigy Mounds birds return to the same ravine and even to specific trees. The ceruleans craft tiny, camouflaged nests in the crooks of branches in large trees that often cling to steep slopes. The birds defend territories but cluster in clans.

Females, when leaving the nest, will "bungee jump," according to Stravers. The mothers drop 20 feet or more before taking flight in an effort to maintain their secret homes.

"In the best habitat, they are thick. They are right next to each other," he adds.

Other global bird sites lie just beyond Iowa's borders. The closest are Mississippi Palisades State Park in Illinois, the Grand River Grasslands in Missouri and the Missouri National Recreational River in Nebraska.

Though Effigy Mounds-Yellow River is unique in Iowa, a number of other important bird areas areas are located in the state. In Northeast Iowa, those include the Upper Wapsipinicon Riparian Corridor, the Cedar Valley Nature Trail in Black Hawk County and Big Marsh in Butler County.

"When you look at the entire scheme in nature, all of these areas are important," Kirschbaum says.

"Why not just let things go extinct? In my view, we need biodiversity for our overall survival. Biodiversity is nonrenewable," he says.

"This is more than a pretty bird," Schilke adds.

Though it is that, too. And Stravers admits a kind of addiction to the high-pitched trill circulating through what he describes as the center of the universe.

"I think we're better if we maintain diversity of all species. We don't want to live without the call of the cerulean."

Arctic ice is receding 'more quickly than ever'

Arctic ice is receding 'more quickly than ever'

Making Tabasco Sauce and working to save wetlands

Making Tabasco Sauce and working to save wetlands

Dennis Kirschbaum, a retired conservation warden for the state of Wisconsin, frequently visits the Effigy Mounds-Yellow River Forest area. One of the attractions is a boardwalk into the river bottom.

The lower portion of the Sny Magill Complex on the Mississippi River is part of the globally significant bird area. The wooded space includes bluffland forests and several alluvial fans where researcher Jon Stravers found a cluster of cerulean warblers.

A ruby-crowned kinglet forages in the underbrush in the Effigy Mounds-Yellow River Forest area. 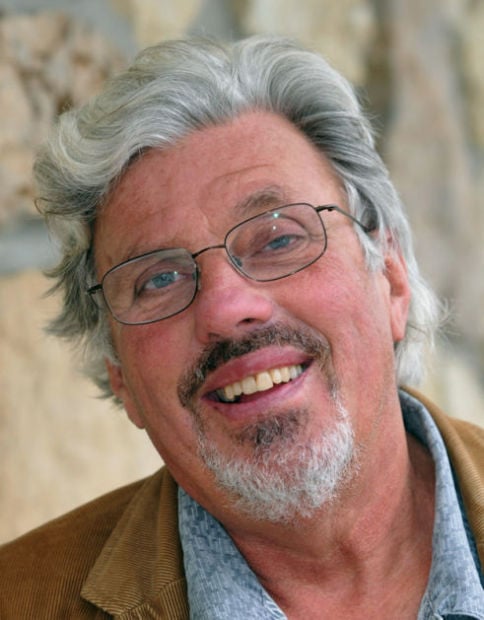