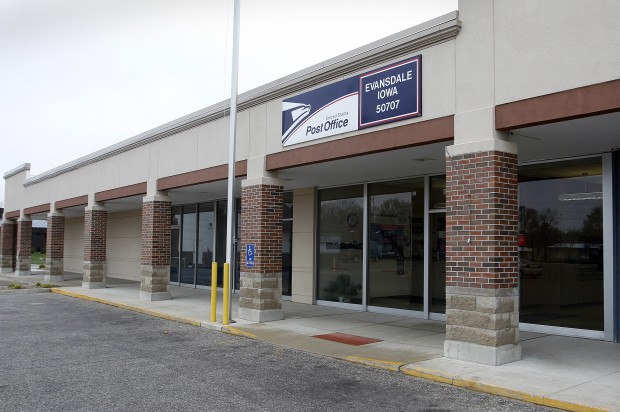 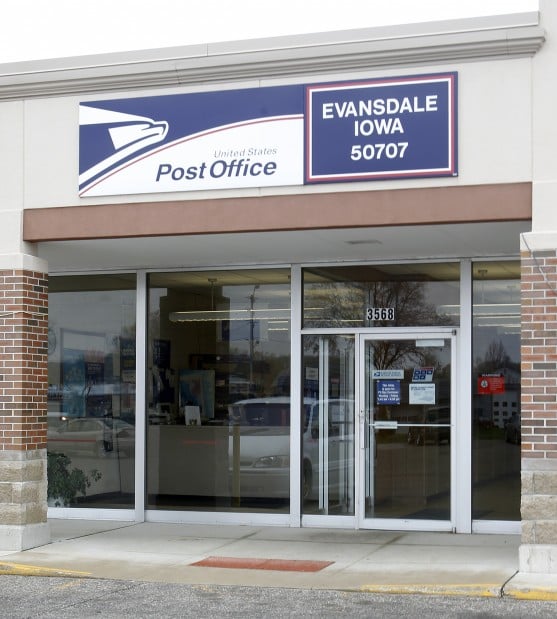 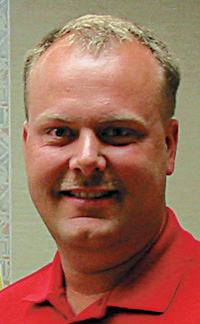 The U.S. Postal Service hosted a meeting at AMVETS Post 31 to find out what effect closing Evansdale's Post Office would have on the community.

Postal officials got an earful.

A standing-room-only crowd of about 150 people pleaded with state and local postal officials to keep the post office open. Citizens cited a litany of reasons, saying closure would stifle the town's growth, be inconvenient for patrons --- especially the elderly and handicapped --- and scare away potential businesses.

The USPS is searching for ways to save money, and closing under-utilized or poor performing post offices is part of the plan. Evansdale's post office, located on Lafayette Road and a branch of the Waterloo Post Office, is being considered.

"It's been a great asset. Looking at the financials, I'm sure you're not going to see that much savings," said Dennis Hansen of First Security State Bank.

Angie Green, a post office review investigator from Cedar Rapids, said a feasibility study is underway. The USPS will look at the town's growth, the location's revenue and usage the last three years, mail volume in and out and the post offices' affect on the community.

Green said the study could be completed in as little as three months. If Evansdale's location is closed, she said, it wouldn't happen for at least six months. The USPS recently signed a new lease for the Evandale location at the Evans Crossing strip mall for an undisclosed amount and length.

"Basically it forces us to find ways to be more efficient," Green said. "I know a lot of you are thinking, ‘Why Evansdale?' Because Waterloo and Raymond are only three miles away. They can sustain the demand and post office boxes."

Plus, she said, businesses like Hy-Vee offer postal services, stamps can be purchased online, and mail carriers can handle the job.

The answer wasn't popular. The crowd, almost in unison, yelled "No!"

Penney Cutsforth, who lives on Earl Street, said she's had a post office box for 20 years in Evansdale.

"It's jaw-dropping. I don't want to go to Waterloo," Cutsforth said. "Evansdale is getting so much bigger. We should be getting a new, bigger one, not taking it away."

Waterloo Postmaster Anthony Huntley and Sharon Parkison, senior manager of post office operations for the USPS Hawkeye District, which covers most of Iowa, also were at the meeting.

About 150 post office boxes are rented in Evansdale. Huntley couldn't provide usage or revenue or expense data Monday night. Officials said the information will be included in the study, which will eventually be available to the public.

For much of the one-hour meeting, customer after customer told postal officials they liked the convenience of the Evansdale location and dreaded waiting in long lines at the Waterloo main office. Others are concerned their mail will be delivered later as new people are added to home delivery routes if the office closes.

"Nobody wants the hear their post office might close, and we understand that," Huntley said. "But it's a business, and we have to look at revenue and expenses."

The latest census figures show Evansdale's population grew by 5 percent in the last decade to 4,751. Mayor Chad Deutsch can't fathom why the postal service would close an office in a growing, relatively large community.

Deutsch said the city will do what it can to make sure the Evansdale branch stays open, including contacting federal lawmakers. He's upset city leaders were never consulted.

"Inefficient people can't do studies about inefficiency," Deutsch told the crowd. "If we had been contacted, you could learn about our city's growth patterns. I'm proud to say we had the largest growth in Black Hawk County last year."

"This is a fantastic crowd," Green said. "It shows your support for the postal service."

Sheriff: No evidence of impairment in Woods crash

Sheriff: No evidence of impairment in Woods crash

One detained in chase through Waterloo, Cedar Falls

A Waterloo man has been arrested following an early morning chase that ended with a crash in Cedar Falls.

Activist Joyce Levingston told Board of Education that a group of families will withdraw their children from district schools if a list of five demands isn't met in next month.

CEDAR RAPIDS — Three people have been charged with allegedly altering odometer readings on vehicles sold on the internet.

It's a game-changer at Western Home Communities. Monoclonal antibody therapy has been successfully administered to 21 residents who tested positive for COVID-19.

CEDAR FALLS – It was only two weeks ago when Martha Wardell stood in the frigid cold watching her house ablaze. In her hands she clutched a fe…

Paris Alston wanted the stability of homeownership for herself and her two kids. She achieved that goal through hard work and the Framing Hope program of Iowa Heartland Habitat and House of Hope.