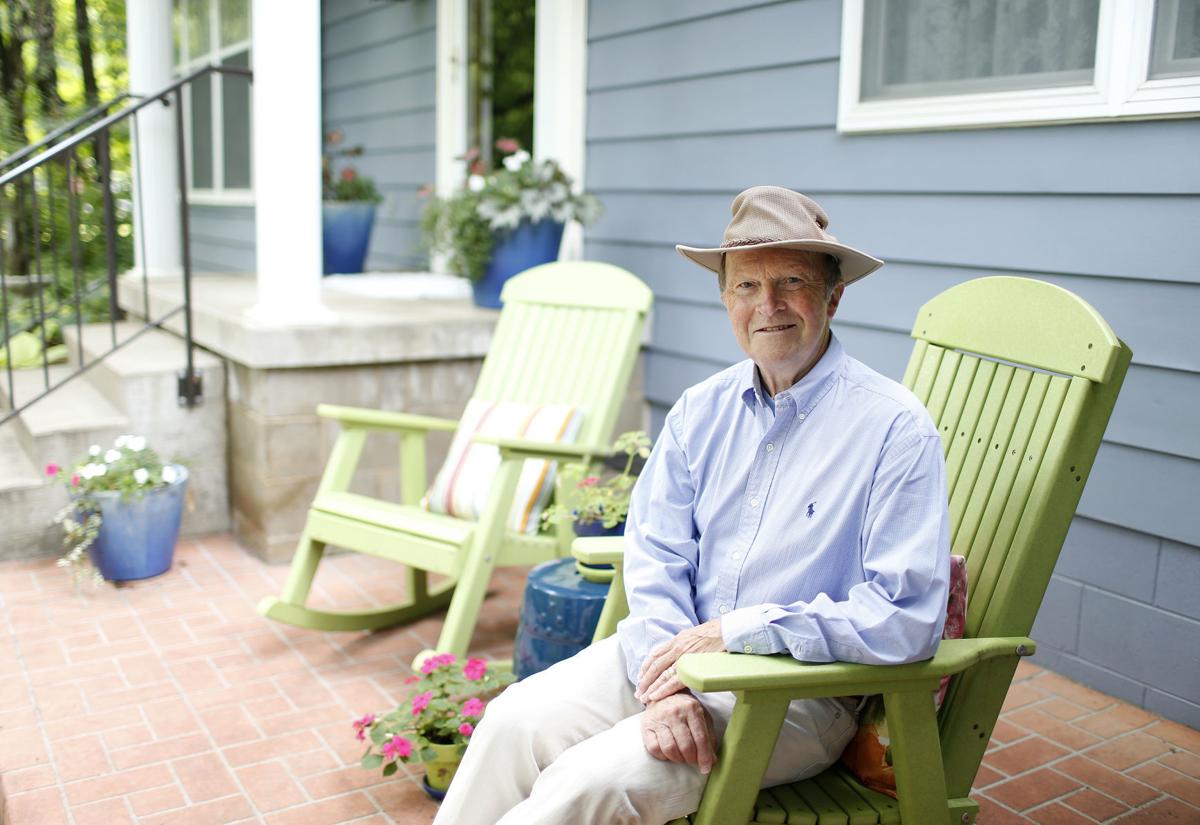 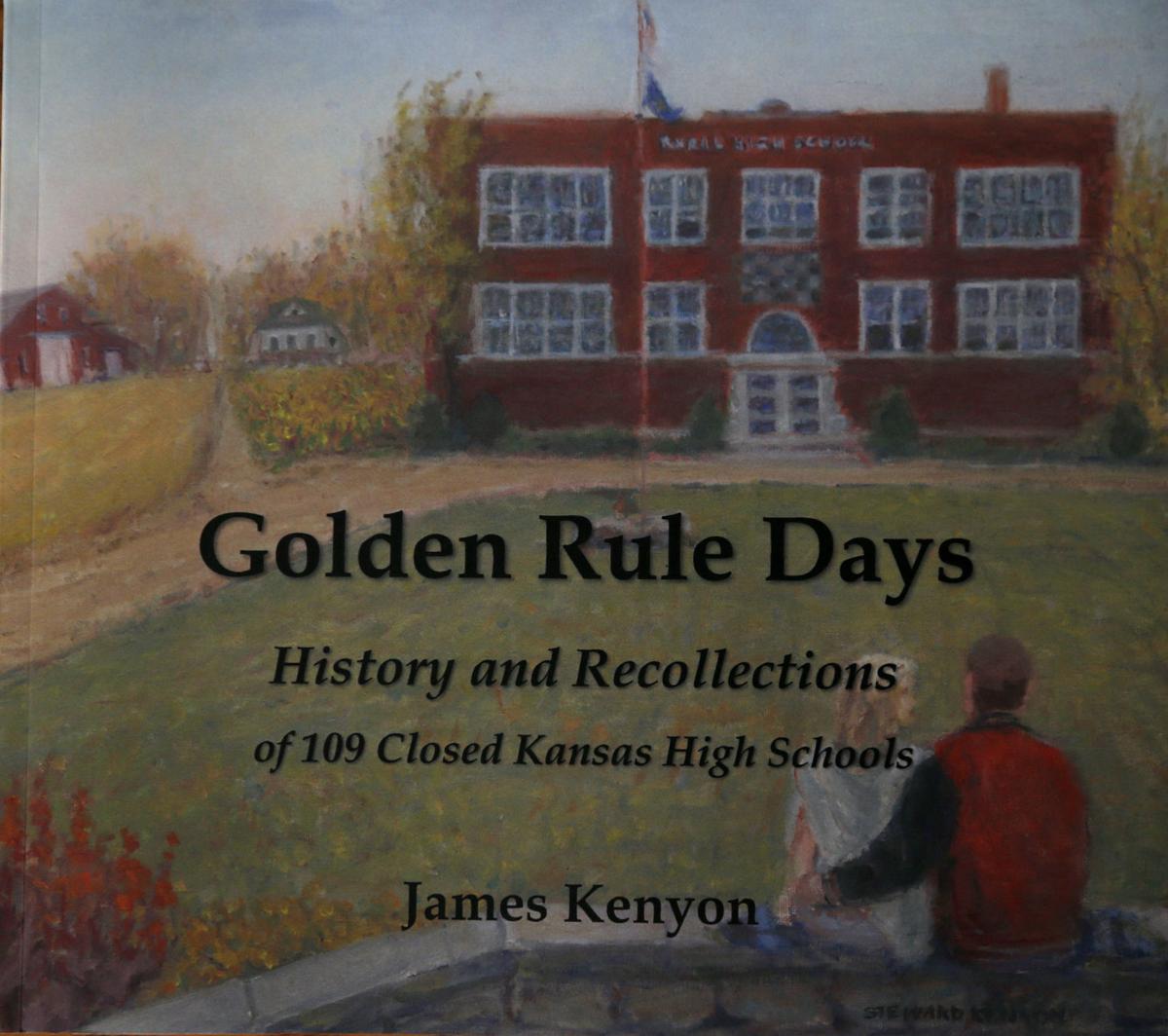 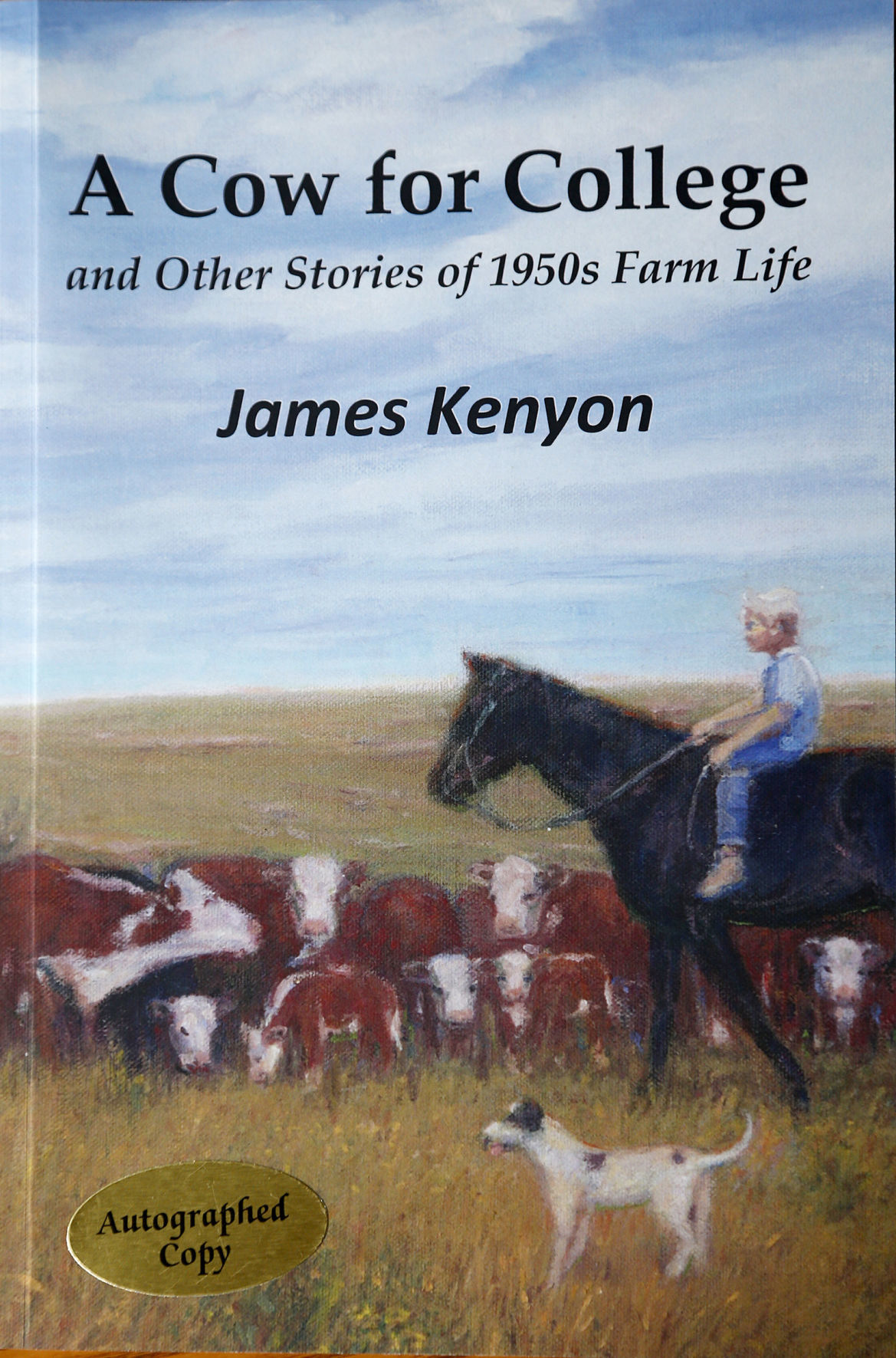 Kenyon shares his memories about growing up on a Kansas farm in the 1950s in 'A Cow for College.'

CEDAR FALLS — James Kenyon’s first job was selling eggs. Every Saturday morning, the young farm boy loaded a crate of 30 dozen brown eggs into his red wagon. With his faithful dog trotting at his side, he pulled the wagon around his rural community selling eggs door-to-door.

That early success ignited his entrepreneurial spirit. Noting how his father used chicken manure as a garden fertilizer, he recruited three pals and their wagons and set off with three loads of chicken poop to sell in town – 25 cents per load. They found just one buyer for their stinky wares and sold her all three loads for a quarter.

The retired Cedar Falls veterinarian shares these and other childhood reminiscences in his second book, “A Cow for College and Other Stories of 1950s Farm Life,” published by Meadowlark Books. His third book, “Golden Rule Days: History and Recollections of 109 Closed Kansas High Schools” was recently released by Meadowlark.

Writing has become yet another career for Kenyon. His first book, “The Art of Listening to the Heart,” featured tales — and tails — of his 35-year career caring for creatures great and small, was published in 2017. As a vet, he tended sheep, horses, goats, chickens, cows, pigs, turkeys, even elk during his career, along with dogs, cats and other critters.

In “A Cow for College,” Kenyon was “between 6 and 13 years old in these stories. They’re all about growing up on a farm and the life lessons that came along with those experiences,” he explained. Kenyon was born and raised near Bogue, Kansas, on a third-generation family grain and livestock farm. It was here that he found his heart for veterinarian medicine.

The collection includes stories about Kenyon’s crush on his first-grade teacher, his first kiss, church revivals, the art of milking cows, the importance of naming a cow and his love for a farm dog he bought as a puppy for 50 cents from a friend and named Tuffy. He also learned about life, death, birth and loss through his work with animals and learned to plow wheat fields seated on his dad’s lap on a tractor beneath a Kansas blue sky.

“This is what farm life was like in the 1950s. The neat thing is that I was able to put in conversations with my father for a more personal touch. They aren’t exact, but reminiscent of the scenes I write about. I think it helps readers to visualize the scenes. That’s part of the enjoyment of reading,” Kenyon said.

Kenyon was inspired to write “Golden Rule Days” after a trip through western Kansas 50 years after graduating from his six-member senior class. As a youth, he played ball in 32 towns and now, all but one had lost their high schools. School consolidations, loss of population and the disappearance of small communities due to floods and other natural and economic disasters are among reasons for the loss.

The author wanted to rescue the histories of these rural and small-town high schools that once dotted the Kansas landscape. “It took me 15 months and 12 trips to Kansas to visit every one of Kansas’ 105 counties,” Kenyon explained. Five counties never had a high school.

He conducted research at local libraries, museums, historical societies and newspaper offices, as well as personal interviews with former students for stories, anecdotes, facts and photographs.

Kenyon’s book also encompasses Kansas history into the 20th century, including statehood, involvement in the Civil War and Quantrill’s Raiders’ massacre at Lawrence.

He is now hard at work on a similar book about Iowa’s schools. “It’s been neat finding people who are still alive and willing to talk about their school. I’ve already done some interviews and visited 50 counties since Jan. 1,” Kenyon said.

The retired vet expects the project to take roughly 18 months to be completed and published.

“It’s exciting. Since I began writing, I’ve become more discerning. I want each story to be good and entertaining,” Kenyon added.

Waterloo has agreed to lease land for a $10.5 million expansion of the U.S. Army National Guard Armory near the airport.

There will be "s'no' escape" for the Heartland, including Iowa, if the "Snowy, Icy, Icky" winter forecast proves true in the Old Farmer's 2020 Almanac.

Kenyon shares his memories about growing up on a Kansas farm in the 1950s in 'A Cow for College.'