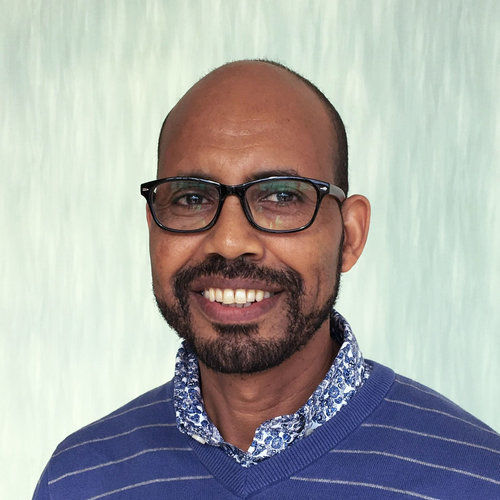 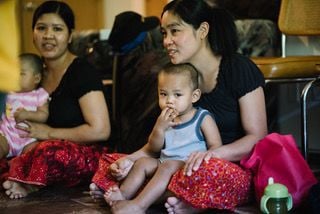 WATERLOO — When Halkeno Tura first handed his child over to a child-care provider, he was especially distraught.

“I almost cried,” he said. “When you come from another culture, it is really hard to give your child to someone.”

It’s true that dropping off a child who hasn’t been out of your care before can be difficult for anyone. But for Tura, a program director at Ethnic Minorities of Burma Advocacy and Resource Center (EMBARC), child care from strangers was nearly unheard of in his native Myanmar.

“You (as Americans) trust the law that is protecting them,” he said. “When you come from another country, where the law doesn’t work, that is really hard.”

Now, thanks to a new research survey funded by an $80,000 grant from the Community Foundation of Northeast Iowa in partnership with the Black Hawk County Child Care Coalition, and produced by EMBARC, Tura knows he’s not alone.

“The real challenge is there (was) no data, no research happening,” Tura said. “That is why this kind of research grant makes a huge impact.”

Cultural differences are just one barrier to child care that refugees from Myanmar, the Democratic Republic of the Congo and other countries face as they try to navigate their lives in Waterloo, the new survey found.

The study, which surveyed 198 people, found that those cultural differences, as well as not natively speaking English, lack of access to transportation and not knowing “soft skills” like how to fill out a resume or apply for jobs, are all hampering the ability of refugee families to find quality, affordable child care in the Cedar Valley.

Just 52% of those surveyed currently were employed, the vast majority — 74% — of whom work for Tyson. Yet 59% said they couldn’t communicate with their supervisors due to language barriers.

But by far the biggest reason survey respondents reported as the reason an adult in the house was not working — 57% — was because of a lack of child care.

“The huge perception that the woman has to take care of the child — when 53% of women are out of work — that was a huge surprise,” Tura said, noting EMBARC would be using that knowledge to design women empowerment programs.

However, many of the child care barriers shared in the survey are ones the wider Cedar Valley community shares, said Kaye Englin with the Community Foundation.

“Certainly, the child-care shortage affects everybody,” Englin said, referencing the fact that Black Hawk County has lost about 40% of its child care providers over the last five years due to a variety of factors.

But now that the scope of the problem is clear, EMBARC and the Child Care Coalition can work on solutions specific to the refugee and immigrant communities.

Tura pointed out that around 25% of survey respondents said they were interested in working in the child care industry, despite the language and certification barriers they faced — and that might make a big difference.

“This is a great opportunity,” he said.

EMBARC, a statewide refugee assistance organization with a robust Waterloo presence is the winner of a "People's Choice" grant from Google.

On World Refugee Day, EMBARC honors Burmese and remembers those left behind

WATERLOO — When Rachel Cherput arrived in Waterloo in 2011, she had a 1-year-old, was pregnant and didn’t speak a word of English.

Students in the Riceville school district who were on buses headed for home when tornado sirens sounded after school on Thursday, Sept. 12, sought shelter in houses along their routes.

Rudd man who was arrested in February in connection with the theft of “precious heirlooms” from a Winter Dance Party event has pleaded guilty.

In any primary, but especially in a field this large, candidates must find a way to make their policies stand out from those of their competitors.

Off road vehicle registration due

COLUMN: Negotiate with Iran, not the Taliban

What to do about Afghanistan? It’s a problem so complex that even ardent Trump critics might muster a little sympathy for his predicament.

"I wish we could be together. I left my mom when I was just 12 years old. I'm hoping they can come, and we can be together."