The 23rd annual Juneteenth Peace Walk moves down Adams Street on the way to Sullivan Park in Waterloo Saturday. 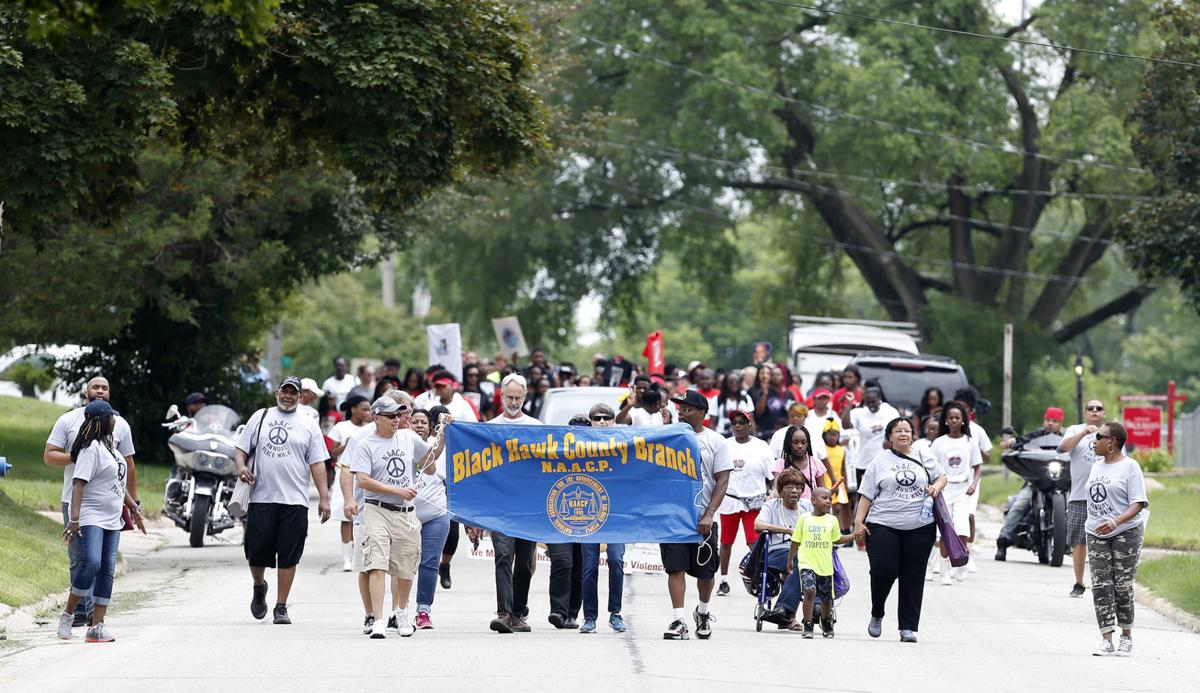 The 23rd annual Juneteenth Peace Walk moves down Adams Street on the way to Sullivan Park in Waterloo. 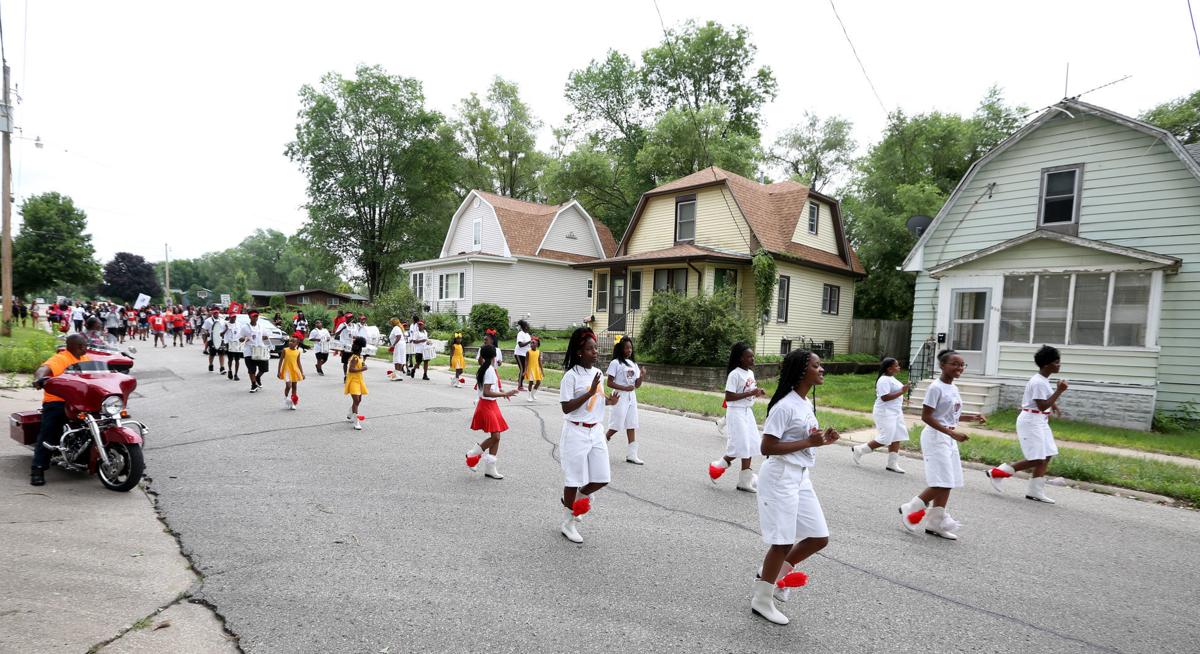 A crowd gathered outside of Dr. Walter Cunningham School for Excellence for a Peace Walk to Sullivan Park, where a Juneteenth celebration was held throughout the afternoon. Walkers were led by the Crusaders Drill Team from Union Missionary Baptist Church.

This was the 23rd annual Juneteenth celebration hosted by the Black Hawk County chapter of the NAACP and the third year a peace walk was held in collaboration. Before activities got going at the park, the names of 124 Black Hawk County homicide victims since 1988 were read. Many, but not all, of the victims mentioned were black.

“A lot of these names on here, their perpetrators have not been brought to justice,” said Marvin Spencer Jr., who organized the walk.

After reading the names, he added: “Ladies and gentleman, these are more than just names on a sheet. These are lives lost in your community.”

Spencer said their families — some of whom were in attendance — “will never lose their pain.”

Relatives of several victims spoke to the crowd, some with great emotion.

The fact that no one had been prosecuted in many of the homicides was central to why some victims’ families participated in the event.

Nicholle Harper, mother of Orintheo Campbell Jr., agreed that it is good to hold events like the peace walk “especially in our community, because this is where it’s happening at.”

Annette Davis was there for her son, Gregory Walker, who was shot and killed last month at age 33.

“I won’t ever get used to it because me and Greg had a bond that was unbreakable,” she said. “I’m not angry at anyone. I’m just waiting for justice.”

Faye Robinson participated in walk to remember her 20-year-old son, Martavious, who was shot and killed in September 2002.

“I miss him very much,” she said. “I just wish we could find the person who did that.”

WATERLOO — Waterloo residents Friday and Saturday celebrated Juneteenth, commemorating the ending of slavery in the United States, with a marc…

The 23rd annual Juneteenth Peace Walk moves down Adams Street on the way to Sullivan Park in Waterloo Saturday.

The 23rd annual Juneteenth Peace Walk moves down Adams Street on the way to Sullivan Park in Waterloo.