HOLLAND — Between the ages of 14 and 16, Kristle Davis shuffled between seven foster homes.

“I would walk up to each new house with a garbage bag of everything I owned,” she said. “My seventh foster family, after a week, took me to get new clothes and luggage. The luggage told me I was worth more than a garbage sack, that I was worthy of a suitcase, proper luggage. That was profound. Those things stick with you.”

Now married and with children of her own, including a foster child, she wants to give that same dignity to other foster kids through the nonprofit organization she founded, Kaden’s Kloset.

Kaden’s Kloset provides, among other things, “first night bags” to children entering foster care. The brand-new backpacks or luggage include a change of clothes, toiletries, pajamas, blanket and a note of encouragement. All items in the first night bag are brand new.

“You have these kids coming with nothing. When a child has to be removed from their home, they do not take anything with them. Their belongings, aside from the clothes on their back and possible a small bag of stuff, don’t arrive for 24 to 48 hours later,” Davis said. “ With the first night bag, we can restore some of their dignity. They don’t have to worry, ‘how will I brush my teeth tonight, do I have clean underwear for tomorrow.’ On one of the worst days of their lives, we want to try to make it more comfortable for them, provide as much as we can to make that first day, the hardest day, better for them.”

Additionally, Kaden’s Kloset allows foster and families in need to “shop” for free brand-name, gently used clothing and other items that have been donated by local residents. There are Kaden’s Klosets in Manson and Holland, and locations will open in Okoboji and Humboldt by fall. All of Kaden’s Klosets are operated by volunteer staff in spaces provided free of charge by churches or other organizations.

Davis is now looking for a church or other organization to donate space for a Kaden’s Closet in the Waterloo/Cedar Falls area.

The Kaden’s Kloset in Holland is located in Colfax Center Presbyterian Church, where “85 to 90 percent of donors and shoppers are Waterloo residents,” Davis said. “That’s a 30-minute drive, so we’d like to add a location a little closer for those people.”

The Rev. Robby Grames, pastor of Colfax Center Presbyterian, said the closet at his church has been open for two months and has served more than 40 families.

“We’re in the middle of nowhere in Holland, Iowa. That’s a good amount of traffic,” he said.

Donating space inside his church was a no-brainer, he said.

“It’s a great way to reach families, but particularly children. Part of the heart of the gospel is to reach children, so when the opportunity came available we opened up the space,” Grames said. “It’s just refreshing to be able to serve people. We were all surprised at the need that’s there. It’s an invisible need and it’s very evident once you start.”

WATERLOO — The Bible tells Christians to feed the hungry. That’s just what six area churches have done for 15 years with the Waterloo Communit… 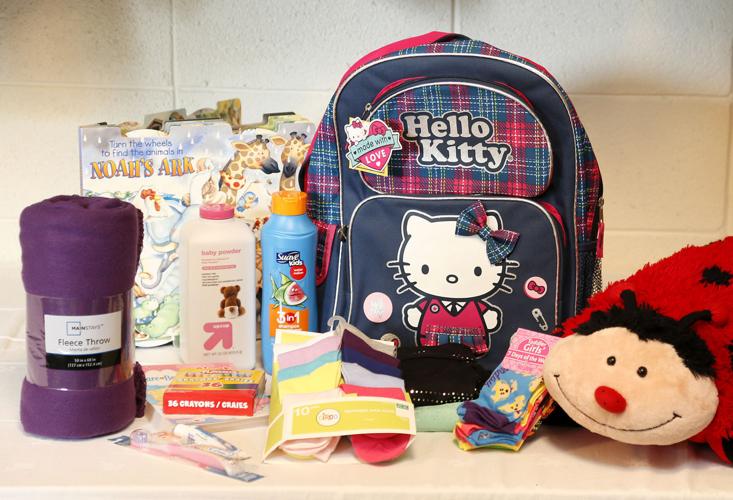 Kaden's Kloset provides "first-night bags" for kids who show up in foster homes. 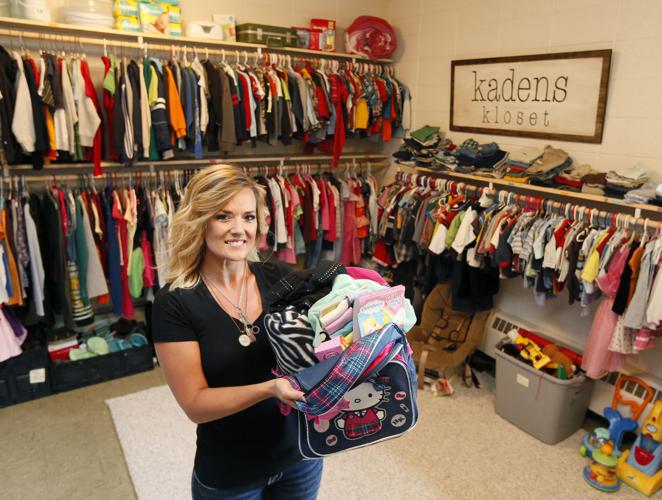