Riley Fisher lived in Erin Young’s head for a couple of years.

It took a trip to the Cedar Valley to give the character her voice as lead protagonist in the English author’s contemporary new crime thriller, “The Fields,” based in Iowa, specifically Black Hawk County, Waterloo and Cedar Falls.

Young, who lives in Brighton on the south coast of England, is author of eight bestselling historical novels. Written under the name Robyn Young, those books include “The Brethren Trilogy,” set during the crusades and following the story of Knight Templar Will Campbell, the “Insurrection Trilogy” and the series, “New World Rising.”

Young set her debut police procedural in Iowa’s cornfields after being inspired by an article about large agricultural conglomerates pitted against family farms. There are several horrific murders that Riley, as lead investigator for the sheriff’s department, is responsible for solving, along with numerous twists and turns. One of the victims was Riley’s childhood friend.

“I ended up settling on Black Hawk County as my main location simply because I liked the name. I chose points across the state to travel to, but had no idea whether or not I’d chosen wisely. In the end, I was lucky – Cedar Falls and Waterloo had everything I wanted for the novel,” Young said.

She fell in love with the landscape and atmosphere and was impressed by the hospitality she was shown by area residents. “I got so much local color from talking to people there. But I was also interested in how this area, particularly Waterloo, shows the story of changes in the state since the agricultural recession in the 1980s.”

Young attended the 2018 Iowa State Fair where she ate her first-ever corn dog and struck up conversations with farmers, livestock exhibitors and fairgoers. While staying in Cedar Falls, she biked on the Cedar Valley Nature Trail, parks, creeks and lakes and along woodland trails.

“I’d expected the cornfields, but not how lush and green the area would be. It’s much like where I live in Sussex, England, except for the animals and insects. The cicadas at sunset were incredible – a wall of noise,” she said.

Later on her travels, Young attended a small-town city council meeting at a pizza restaurant and learned about the relationship between Iowa and China that provided “the key to unlock the novel.” Details she gleaned found their way into her novel.

Riley Fisher is Young’s first female protagonist. “Before I started writing ‘The Fields,’ I read a lot of nonfiction from the perspective of female cops and special agents, and was really struck by how challenging the arena of law enforcement can still be for women — particularly around being accepted into this traditionally male-dominated world,” she said.

“I wanted Riley to have vulnerabilities that might be exposed by aspects of this investigation. I wanted it to be personal for her, sometimes intensely so. And gradually we see this woman who has learned to be strong, tough and, at times, rather aloof — partly because of her past, partly because that’s expected of her in this role — start to come unstuck as things spiral out of her control,” she explained.

“I wanted to explore who she was in that broken ground. At times even I wasn’t sure how she’d get out of some situations.”

Young familiarized herself with American law enforcement practices and spent time studying various U.S. policing websites, including the Black Hawk County Sheriff’s Department. The writer connected with a retired detective from a sheriff’s office in California who provided additional insight.

Back home in England, Young wrote the first draft of her novel by Christmas 2019 and sent it to her agents. “Then, of course, everything changed. I was working on the edits just as the world locked down. I caught COVID in the first wave and was ill for weeks. I couldn’t write a word. The brain fog was the worst of it for me. I completely lost the ability to plot or understand anything. It was terrifying. Finally, I recovered and was able to edit the book.”

Young is hard at work on the second installment in the Riley Fisher series. “It’s due with my publishers in the next couple months, and I believe they’re hoping to publish next year. This one is also set in Iowa, but mostly in Des Moines, with Riley at the helm of another investigation. Not agriculture this time, but it’s definitely another topical story.”

“The Fields,” published by Flatiron Books, is available in hardcover through online book sellers and at bookstores.

A Waterloo man has been arrested after police found his girlfriend unconscious with a head injury late Wednesday and he tried to run from officers.

WATERLOO — The Waterloo woman who was knocked unconscious during an alleged domestic assault last week has died.

The Waterloo Community Based Outpatient Clinic for Veterans Affairs is moving from 945 Tower Park Drive to the old Hy-Vee on University Avenue.

'We hope it lightens the mood around the holidays, especially during these difficult times with the economy the way it is,' Blake Hansen told The Courier.

The City Council approved the proposal 4-3 with councilors Dustin Ganfield, Dave Sires and Gil Schultz voting against it.

WATERLOO — Police are investigating a robbery at a barber shop over the weekend.

Teresa Mae Chiappone, 55, of Waterloo, had been an accountant there for the past seven to eight year, according to the criminal complaint. 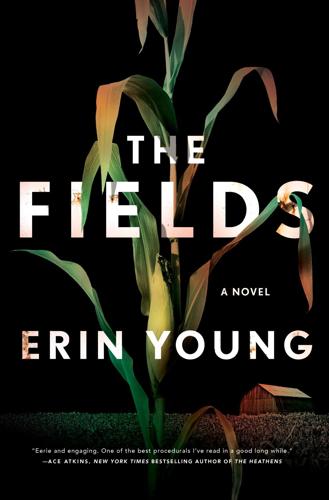 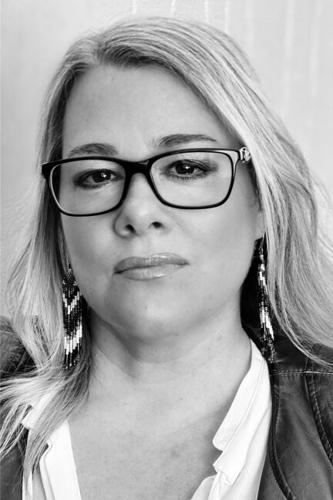