Keep the mask: A vaccine won't end the virus crisis right away. Here's the latest.

While the property is still being rezoned at the City Council level, the Planning and Zoning Commission got a preview of the site plan from city planner Jaydevsinh “JD” Atodaria.

“This is a really big project for the community,” Atodaria said in the Zoom meeting. “We wanted it to be presented on this platform and allow people to view this before it is finalized.”

The Cedar Falls Community School District plans to use 69.6 acres of land north of West 27th Street and west of PE Center Drive in Cedar Falls, near the University of Northern Iowa, for its new high school.

The new high school, expected to open in 2024, will replace the existing facility at 1015 Division St., serving an estimated 1,400 students and 200 staff.

“Big picture — we’re kind of looking at this project as setting the school in the prairie,” said Brian Sanderman with Invision, the principal architect on the project.

Besides planting plenty of native prairie around the school and its various parking and athletic facilities, Sanderman and Atodaria noted the site would incorporate other environmentally friendly elements.

Bioswales, or channels designed to concentrate storm water runoff, would be incorporated into the parking lots. A solar garden would be on the west side of the school and solar panels would adorn part of the roof, part of a partnership between the school district and Cedar Falls Utilities.

The district plans to connect to nearby bicycle trails and provide bicycle parking as well as one electric car charging station on the property. Trees and shrubs will shade parking areas and the south-facing entrance to the school, as well as buffer nearby residential areas.

The school will be divided into two buildings encompassing 305,000 square feet: The main one includes the indoor gym, common areas and auditorium, while a “lower level” one to the north — separated by a small courtyard — would feature studio spaces and faculty rooms, Atodaria said.

Parking stalls are estimated at 1,053 stalls, including 21 handicap accessible spaces and eight motorcycle and scooter stalls, though Sanderman said that number may come down to 819 stalls as a cost-saving measure, which still meets city guidelines.

The proposed stadium will be to the east of the school buildings, with three practice fields around the property. The district also has spaces for what it hopes will be a future indoor pool and field house on the east side and a future tennis court along the west side of the building.

The city and school district must run sanitary sewer to the site, and the district will be responsible for improvements to PE Center Drive and a “properly sized water system” including fire hydrants and water service, Atodaria said.

“It’s obviously a pretty big and impressive project with the city of Cedar Falls, and we look forward to continued development,” Holst said.

The new high school will be built on 69.5 acres near West 27th Street and Hudson Road by the University of Northern Iowa.

“Yesterday and Today,” an interactive Beatles experience, will be performed as a drive-in concert Sept. 26. No wigs. No accents. No impersonations. Just Beatles music for fans.

The Board of Education Monday will consider approving two agreements related to construction of a new Cedar Falls High School.

Cedar Falls Board of Education Monday approved 'commissioning' contracts to test HVAC systems and the exterior building envelope as a new high school is constructed.

Cedar Falls City Council members Daryl Kruse and Dave Sires oppose an ordinance that will result in a four-way stop at 12th and Walnut streets if a third reading is approved.

Superintendent's contract to come before Cedar Falls school board

The Board of Education is expected to approve a new contract Monday for Superintendent Andy Pattee, who has led Cedar Falls Community Schools since 2013.

Volunteers gathered at the future site of the new Cedar Falls High School Monday to dig up and replant some of the native prairie grasses and flowers that will otherwise be lost.

A public hearing will be held Monday by the Cedar Falls Board of Education on plans and specifications for the new high school building. 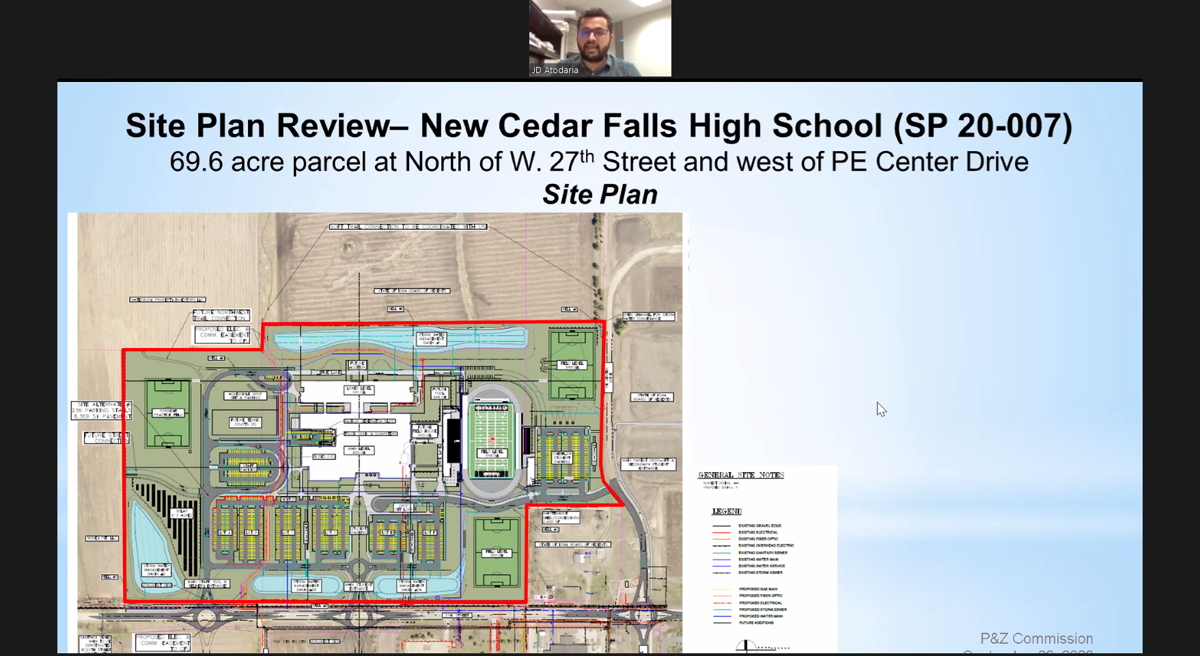 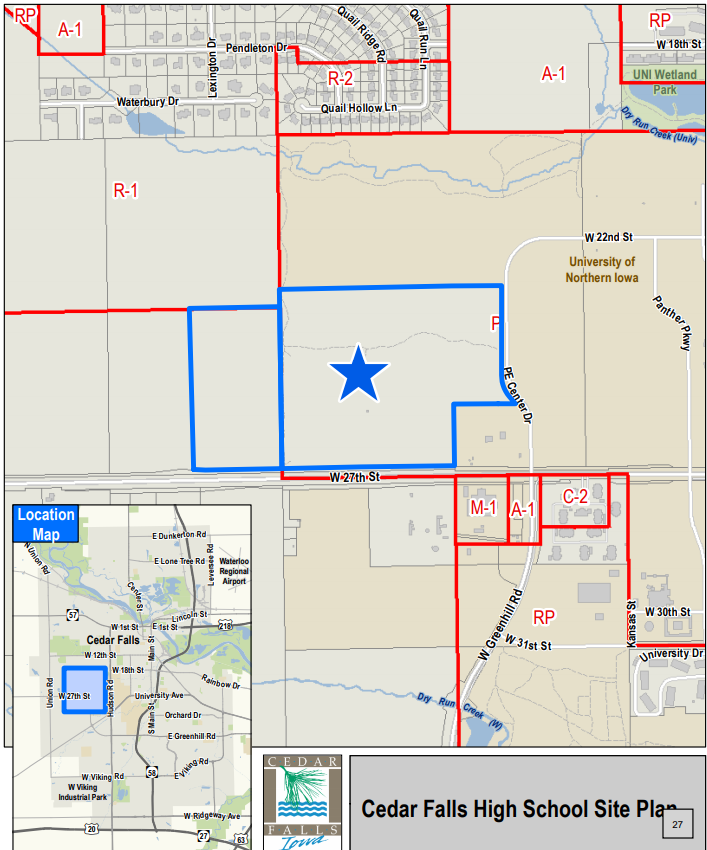