Near fifth anniversary of Lyric and Elizabeth disappearance, kids get safety tips
1 comment
Share this
Return to homepage × 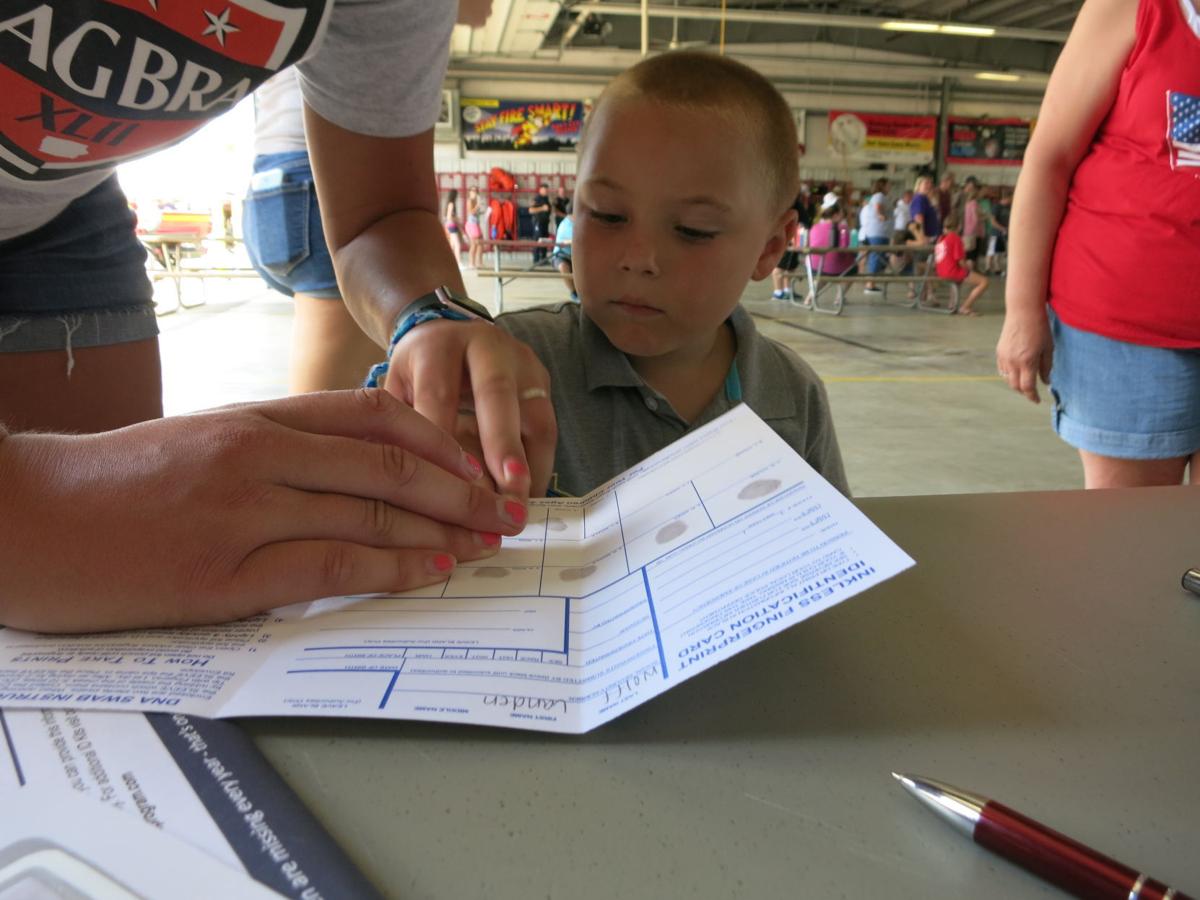 Landen Wolff, 5, of Waterloo, gets help adding his fingerprints to a chart at Child Safety Awareness Day on Sunday at the Evansdale Public Safety Center. 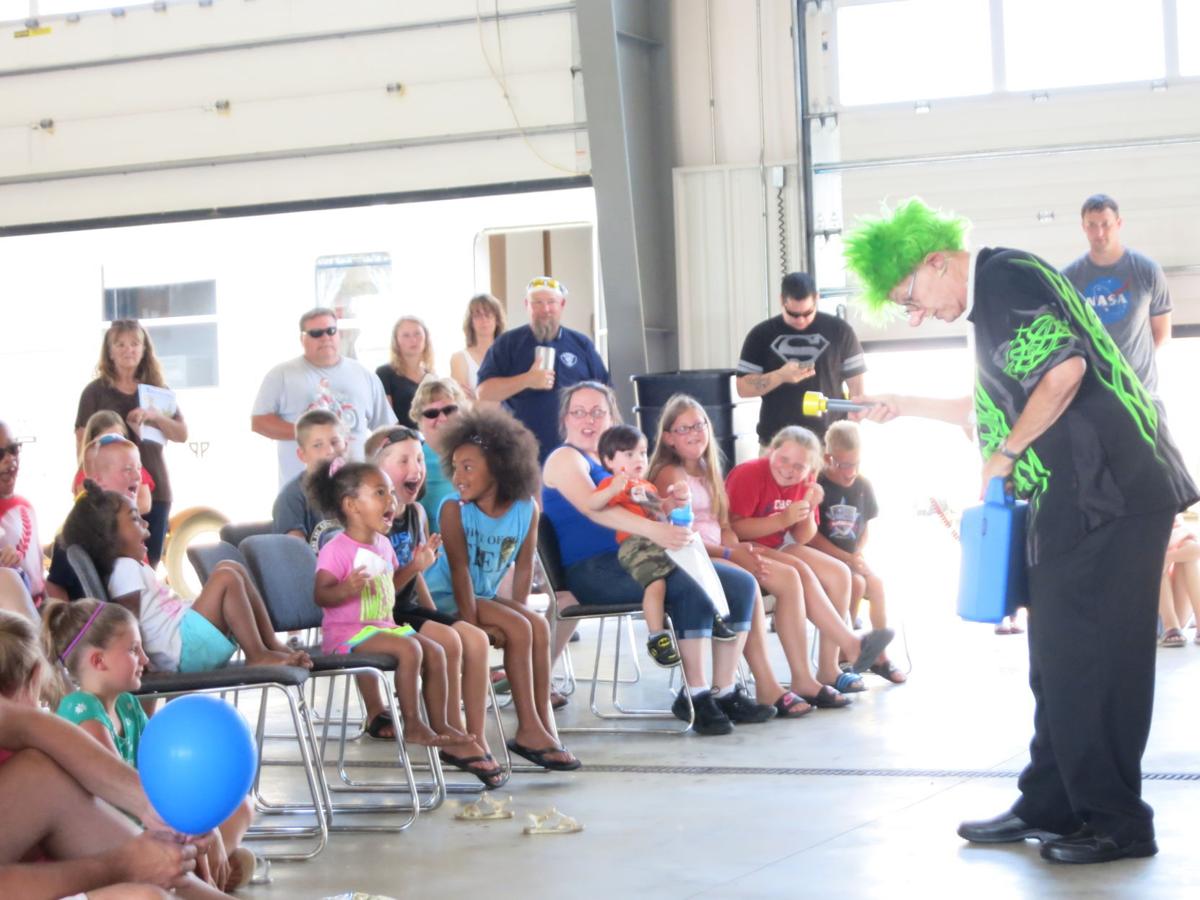 Rik the Magician entertains children during a magic show he put on during Child Safety Awareness Day on Sunday at the Evansdale Public Safety Center. 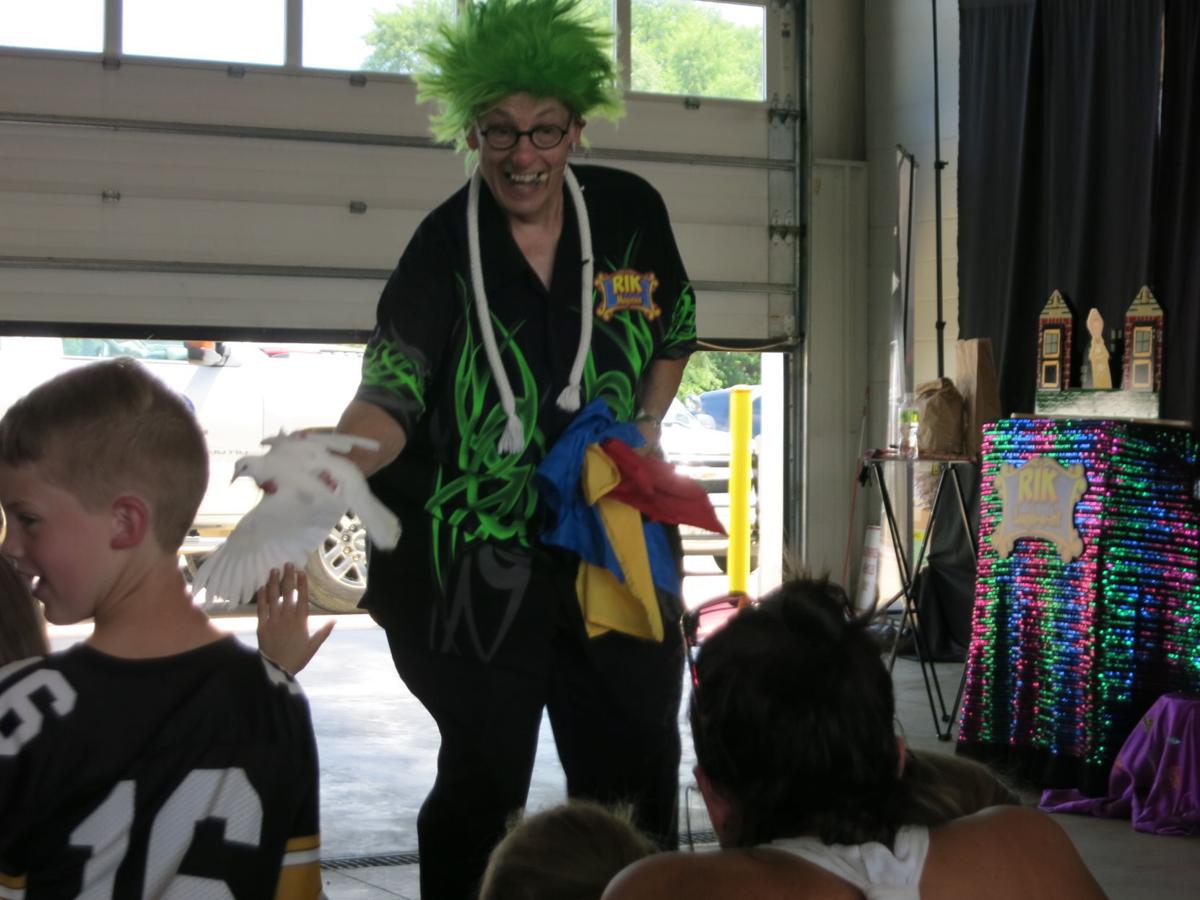 Rik the Magician entertains children during a magic show he put on during Child Safety Awareness Day at the Evansdale Public Safety Center on July 9, 2017.

EVANSDALE — As 5-year-old Landen Wolff of Waterloo got assistance adding each of his fingerprints to his chart, his mother, Aimee Wolff, said that was exactly why the pair had come to Evansdale’s Child Safety Awareness Day.

The prints — as well as a swab of the kindergartener’s cheek — would be given to Wolff for safekeeping at home. Should Landen go missing, she would immediately have something to give to police investigators.

“It’s a good idea, especially with the way things are nowadays,” Aimee Wolff said. “If anything ever happens to him, we have it.”

It isn't theoretical for those in the Cedar Valley who lived through the anxiety — and, later, tragedy — of the kidnapping and murders of Evansdale cousins Lyric Cook-Morrissey and Elizabeth Collins in 2012. Sunday’s event comes near the five-year anniversary of when the girls went missing on July 13.

Elizabeth’s father, Drew Collins, said the DNA and fingerprinting — sponsored by Local 838 — was a great service to provide free to parents.

“If they did one thing here, I’d say that’s the most important,” he said.

Once that was done, families had a lot more to do in and around the Evansdale Public Safety Center on Sunday afternoon, including a dunk tank, various information tents and free hot dogs, chips, water and sno cones.

Rik Reuter, who goes by Rik the Magician on stage, also put on a magic show. He said he was happy to volunteer his services because he benefited from police and paramedics often when his father-in-law, a World War II veteran, needed them.

“They came and helped my father-in-law when he was 90 years old, when he would fall down,” Reuter said.

Police and fire departments from all over the Cedar Valley, as well as the Black Hawk County Sheriff’s Office, brought their vehicles and engines to Evansdale, opening them up for inspection by kids. Officers even showed a film they put together after the abductions of Lyric and Elizabeth to educate children on best safety practices.

“I want my kids to know they can trust the police,” Drew Collins said. “A lot maybe see their parents get in trouble with the law, but police aren’t just here to arrest — they’re here to help.”

That included Black Hawk County Deputy Sheriff Tom Nichols, who is all too aware of the tragedy of losing a daughter to homicide. His daughter, then 22-year-old Lindsay Nichols, was shot and killed by her ex-boyfriend, just a few months before Lyric and Elizabeth were abducted.

Tom Nichols was helping to organize the final donation push to pay for a wheelchair-accessible bridge to Angels Park by the end of this year so it would be open to the public and available to rent by the spring of 2018.

Angels Park Memorial, on an island in Evansdale’s Meyers Lake — where Lyric and Elizabeth’s abandoned bicycles were found — will memorialize the cousins as well as others.

“We’re looking to raise about another additional $20,000,” he said, noting people can donate on the Angels Park Memorial page on Facebook or buy bricks memorializing lost loved ones. “Between today and the Memorial Ride and Drive (on July 15), that will help. And word of mouth.”

Dona Frickson, who helped organize the second-annual Safety Awareness Day, said she hoped moving the event to Sunday instead of the actual anniversary would help bring more families out.

“I have lots of grandkids, and it would kill me if something happened to any one of them,” she said.

Hundreds ride in memory of Lyric and Elizabeth

EVANSDALE -- Hundreds of motorcyclists served loud notice they haven't given up seeking justice for Lyric Cook-Morrissey and Elizabeth Collins.

Landen Wolff, 5, of Waterloo, gets help adding his fingerprints to a chart at Child Safety Awareness Day on Sunday at the Evansdale Public Safety Center.

Rik the Magician entertains children during a magic show he put on during Child Safety Awareness Day on Sunday at the Evansdale Public Safety Center.

Rik the Magician entertains children during a magic show he put on during Child Safety Awareness Day at the Evansdale Public Safety Center on July 9, 2017.