WATERLOO — Fred Becker and Carl Chapman played for crosstown rival football teams, but were brothers in arms. Both gave their lives in World War I more than a century ago. Waterloo has an American Legion post named for them.

Now, two veterans of that post have compiled Becker’s and Chapman’s stories, and the history of their namesake Legion post, in hopes of keeping their memories alive and their post vibrant.

Army veteran Dennis Sommer and Navy veteran and accomplished author and journalist Mike Chapman have donated their talents to produce a book, “Waterloo Warriors: The Inspiring Stories Behind Becker-Chapman Post 138.”

Chapman, a Waterloo native who lives in Newton, did the research and writing and is listed as the author. Sommer provided the history of the Legion post and wrote the foreword.

Copies of the book will be available for the first time at a book signing in conjunction with the regular monthly buffet 5 p.m. to 7:30 p.m. Nov. 12 at the post, 728 Commercial St. The book will sell for $10 and proceeds will be used to assist the post in helping veterans in need and maintaining post facilities.

“It’s been a labor of love,” said Sommer, a 1955 West High graduate who was a U.S. Army guard at the Tomb of the Unknowns at Arlington National Cemetery in the 1950s. He is Post 138’s historian.

Chapman, an East High graduate and not related to Carl Chapman, served in the Navy in the early ‘60s. He has authored more than 30 books, founded Iowa History Journal magazine and was a journalist at several Iowa newspapers. One of his first jobs was at The Courier, where Sommer was a longtime display advertising representative.

“We came together down at the American Legion Post and I got to know Dennis,” Chapman said. “I love history. History’s my passion. Always has been. I love Waterloo; it’s my hometown. When I got to meet Dennis and saw his enthusiasm. ... He’s like me. He likes to see things happen. Without Dennis Sommer’s encouragement and support, I probably wouldn’t have done this.”

“These young people don’t know anything about Becker and Chapman,” Sommer said. “They do the Sullivan brothers (from Waterloo who died during World War II), but these guys, they just don’t. Mike and I talked, and he said. “Well, we’ll write a book to keep their memory alive.’ My part of this was to get together the history of the Legion (post); he did the biographies on Becker and Chapman.”

In his research on the two heroes, Mike Chapman said, “I was intrigued by the thought that they both died at age 22; they were both football players in high school, each for rivals on opposite sides of the (Cedar) river; the fact the post was named after them. I just wanted to do more to keep alive their legacy, Because I think it’s important for young generations coming up. And, frankly, they deserve it.”

It’s important to support the post as well, which is open to the public, Sommer said. He helped start a veterans’ relief program, providing assistance to financially distressed veterans; and a library of 800 to 1,000 volumes of books on various subjects.

Chapman was the driving force behind getting a Waterloo elementary school named for fellow East alum Becker, the University of Iowa’s first All-American football player and a U.S. Marine officer. He had researched Becker extensively for previous works.

“I’d done so much for Fred Becker, and I started to get very interested in Carl Chapman,” Mike Chapman said.

Chapman, a West High graduate, attended Amherst College in Massachusetts. He was a fighter pilot in the famed “Lafayette Escadrille,” a squadron of American pilots that flew for France before the United States officially entered World War I. After the U.S. entered the war in April 1917, Chapman flew for the U.S. Air Service.

According to Courier files, Becker was killed leading an attack on a German machine gun nest near Vierzon, France, on June 18, 1918. He destroyed the German gun emplacement but was killed by a shell fragment. He was awarded the U.S. Distinguished Service Cross and the French Croix de Guerre. He is buried in Fairview Cemetery in Waterloo, one grave in a circle of fellow World War I soldiers.

Chapman initially served as a French ambulance driver before becoming a fighter pilot, according to Courier files. He was shot down in flames and killed in an aerial dogfight over Toul, France, on May 3, 1918, after attacking five German planes on patrol and downing one. He is buried at a Lafayette Escadrille memorial in France. Waterloo’s first air field was named for him, according to Courier files.

“I hope it goes over well,” said Sommer. He would also like to see some portion of the book sales be made available to West High, with the school’s approval, for a permanent recognition for Chapman, possibly as part of a refurbishment of the flagpole area. 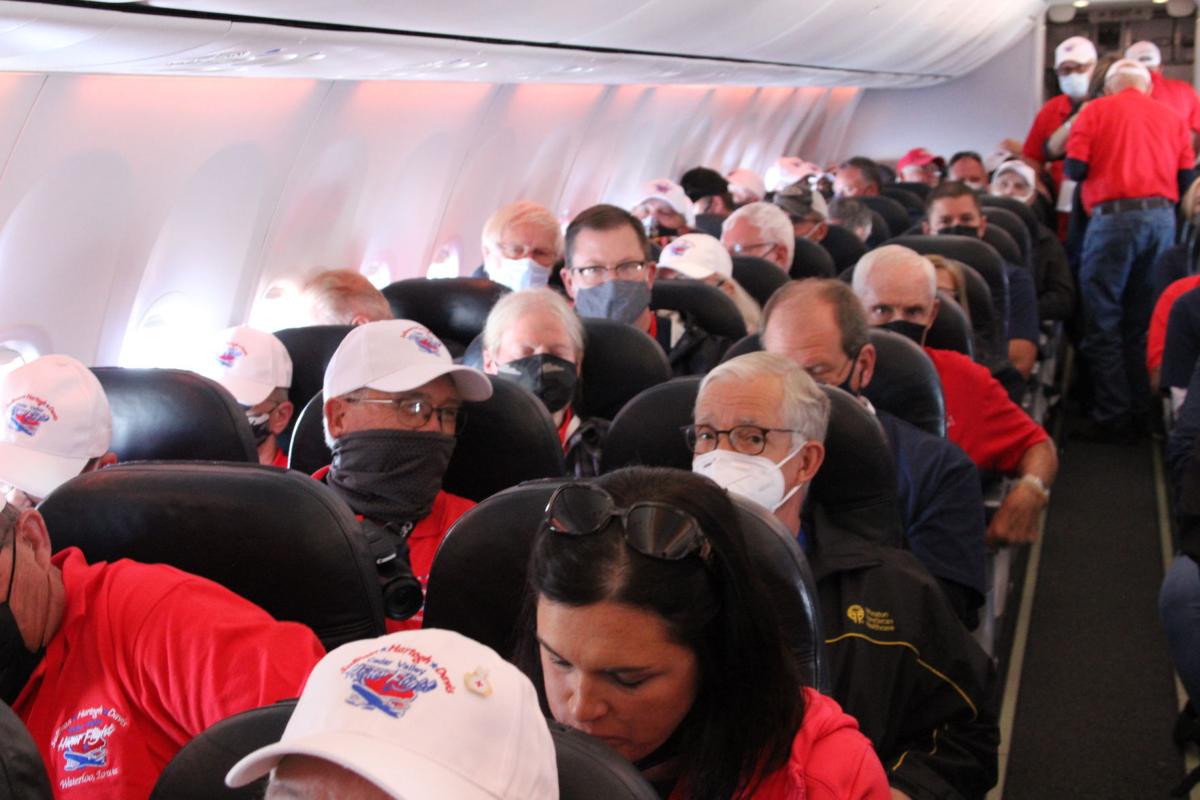 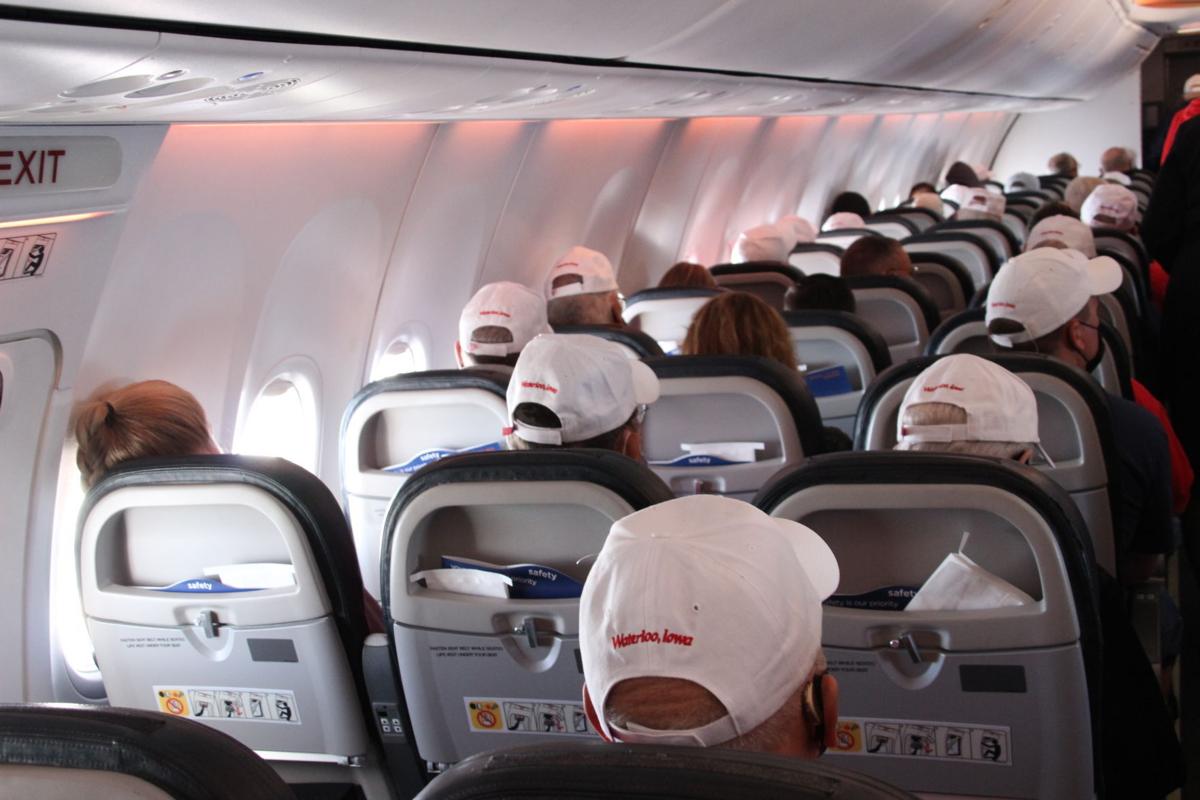 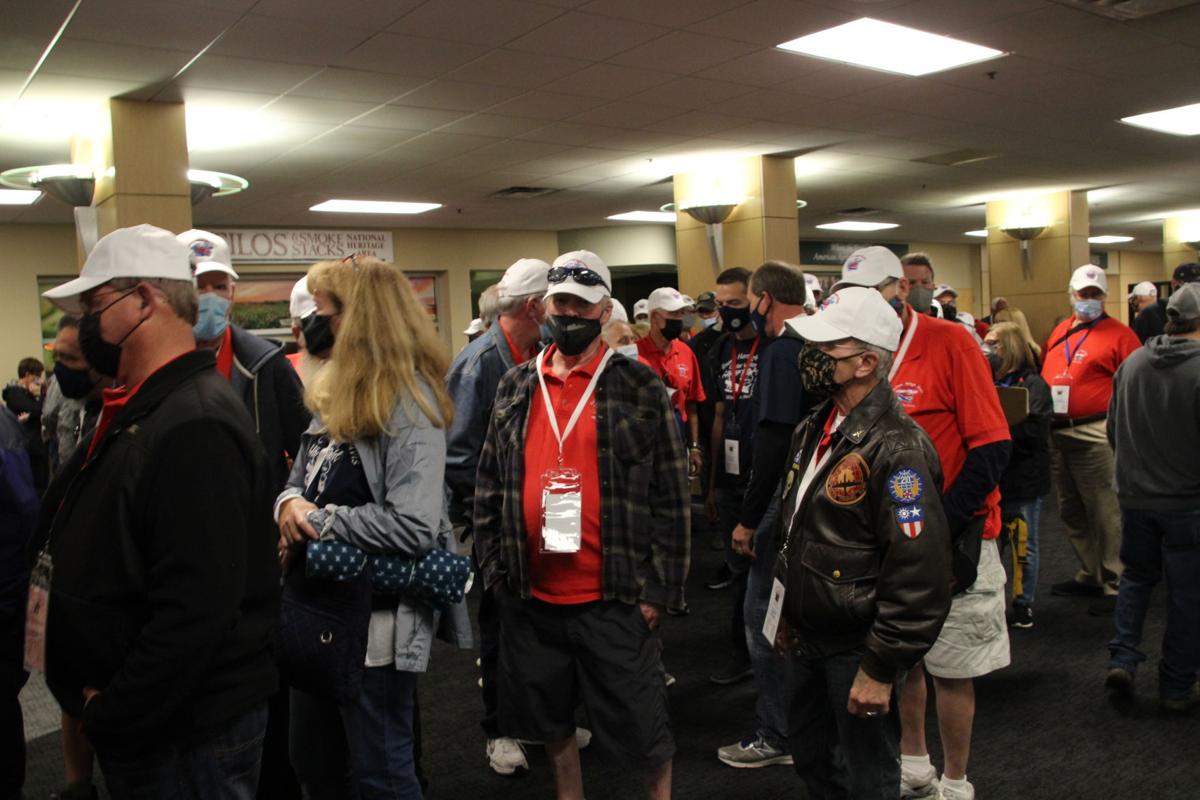 This incredibly small reptile species was just discovered in Madagascar

This incredibly small reptile species was just discovered in Madagascar

Underwater Santa puts on a show at Seoul aquarium

Underwater Santa puts on a show at Seoul aquarium 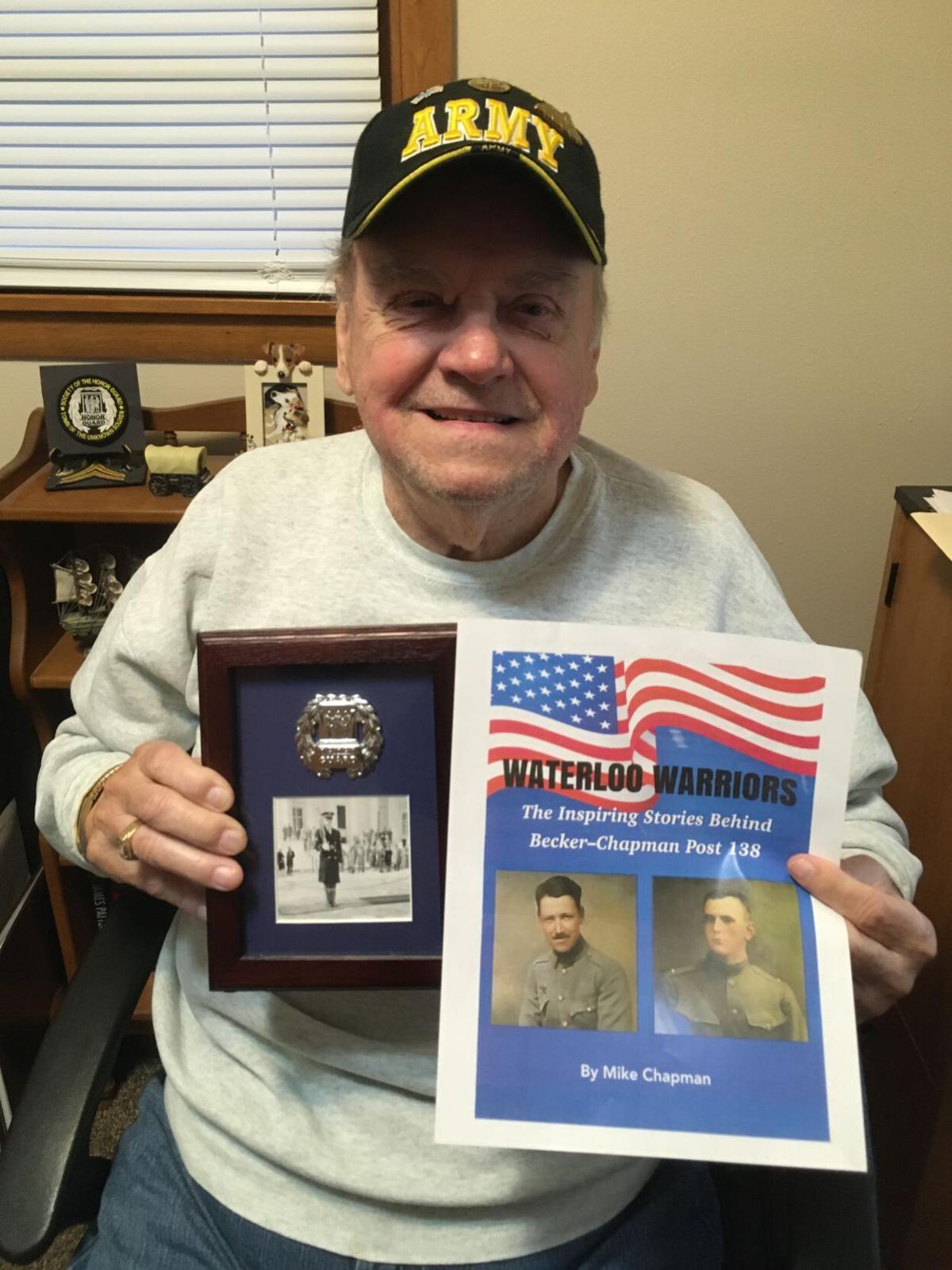 Dennis Sommer provided the history of the Legion post and wrote the foreword for the book. 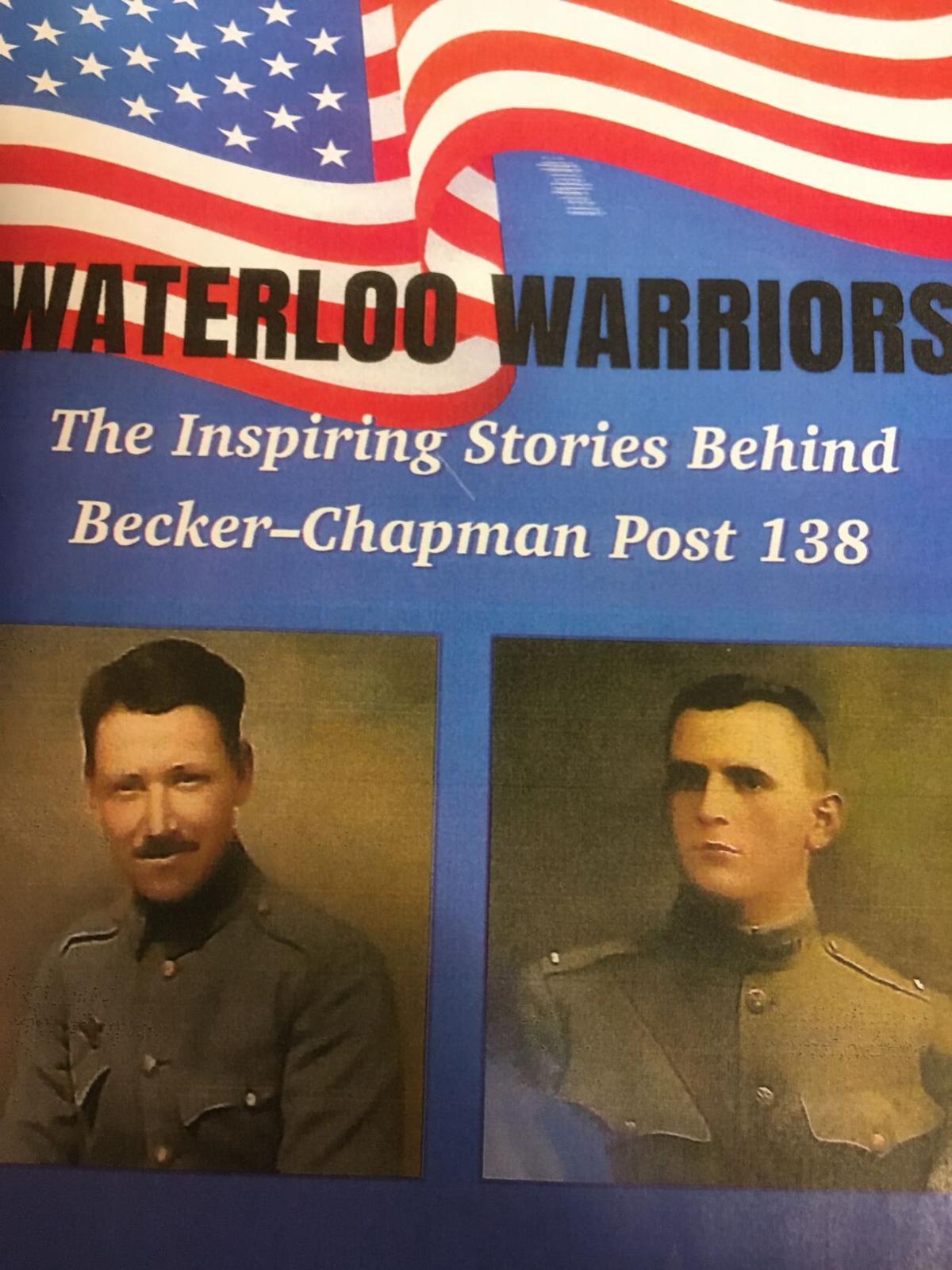 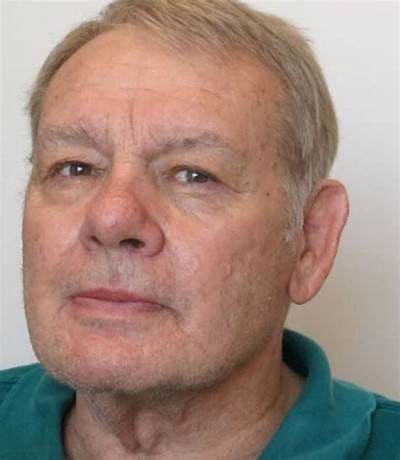