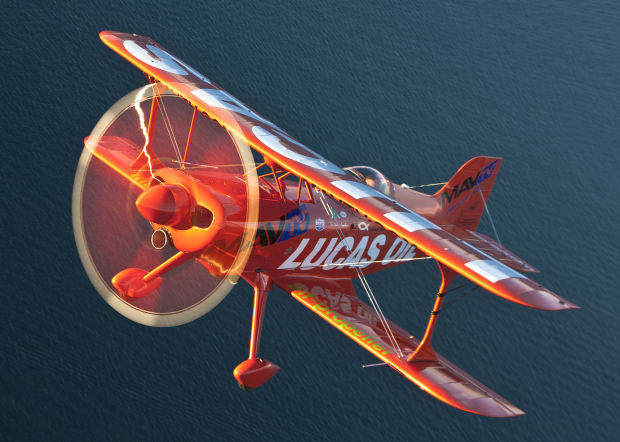 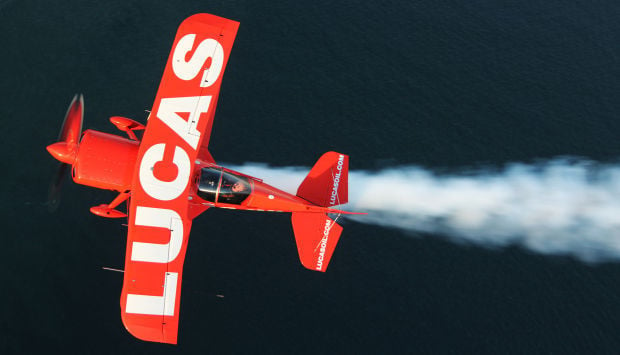 Only 320 pilots participate in air shows in the U.S. and Canada, according to the International Council of Air Shows. And among that small, nervy and skilled flock, Wiskus is one of the best. In 2002 he was No. 1, claiming the U.S. National Aerobatic championship.

"It's just been a fantastic ride. I'm one of those few that found a passion when I was very young and was able to live out my passion throughout my life," he says. "There's not a day that I regret getting up and going to work."

Wiskus, 55, lives in Minnesota but is a native of Iowa. He was born in Iowa City, attended Linn-Mar schools in Marion and graduated from high school in Mason City. He purchased his first aerobatic airplane about 25 years ago from Marion "Pro" Prohaska at the Waterloo Regional Airport, and as a corporate pilot has flown into Livingston Aviation many times.

"I don't think I could be any more Iowan. I am so Iowan it's not even funny," Wiskus says.

So participating in the Thunder in the Valley air show on Aug. 23-24 will be a thrill.

"It's home. It's cornfields. It's bean fields. It's cattle and hogs and soybeans. It's where I grew up. It's me out pheasant hunting in the fall. I'm coming home to do an air show. It's kind of cool."

Wiskus' first encounter with aviation dropped out of the sky. A glider landed on his grandparents' farm when Wiskus was 7 or 8 years old. He remembers talking to the pilot and his grandfather helping remove the wings and loading the craft on a trailer.

"I was totally blown away," Wiskus says.

When he was 10, Wiskus and his father went to an air show in Mason City. The infection attached permanently.

"When I saw those airplanes flying I was totally smitten. Everything on my mind from that point on was airplanes. 'What do I want to do when I grow up? When I grow up, I'm going to be a pilot,'" Wiskus says.

His first ride was with an aerobatic pilot, and Wiskus remembers doing loops, rolls and spins.

When he was 13 years old Wiskus rode his bicycle to the Mason City airport to beg for a job. The manager refused to take him on, though.

He got his pilot's license two years later.

He has since accumulated 26,000 hours of flight time.

Wiskus typically roars through his performance about 70 times a year, demonstrating maneuvers he perfected with practice.

"Some were self-taught, which I don't know is the best way to learn. 'Grit your teeth and pull the stick back,'" he says. "I managed to not kill myself."

Once mastered, the challenge shifted.

"When you first start aerobatics you get that feeling that everything is dropping out beneath you," he says.

Over time, pilots "build up tolerances" and the sensation disappears, according to Wiskus.

"I'm trying to do things that have never been done before and just try to expand on them every time," Wiskus adds.

He will pilot a bright orange Pitts S-1-11b. The airplane will tear along at 195 mph and is capable of climbing at 4,000 feet per minute.

"I don't do all the things that I really could do, but I do push it pretty hard at an air show," Wiskus says.

If spectators think what Wiskus does in the air -- forward somersaults, clipping a ribbon while flying upside down 15 feet off the runway -- is close to the edge of prudent behavior, then they have reached the correct conclusion.

"It is dangerous. You're darn right," he says.

Wiskus' confidence comes from his belief God is watching and from extensive preparation. He acknowledges friends in the air show industry have died.

But Wiskus is convinced about his own path.

"For me, this is exactly what I'm supposed to be doing."

Tickets for Thunder in the Valley II on Aug. 23-24 cost $20 and are available at participating Hy-Vee stores and online at www.cedarvalleyairshow.com. Children 12 and under get in free but must be accompanied by an adult. Gates will open at 8 a.m. 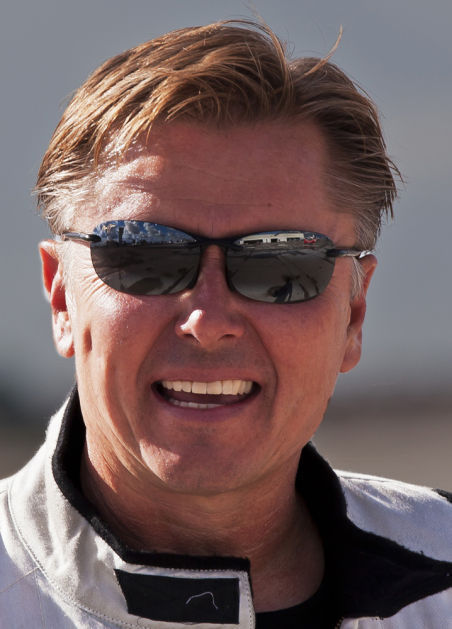