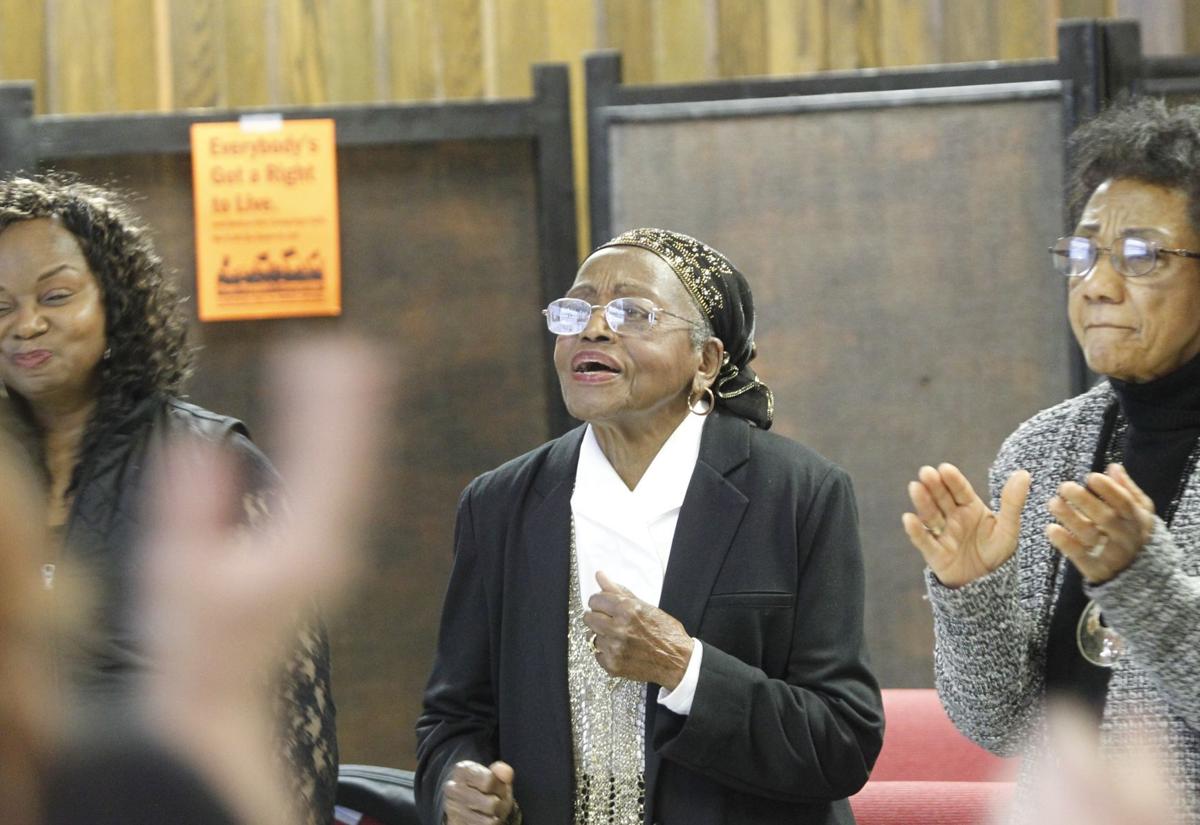 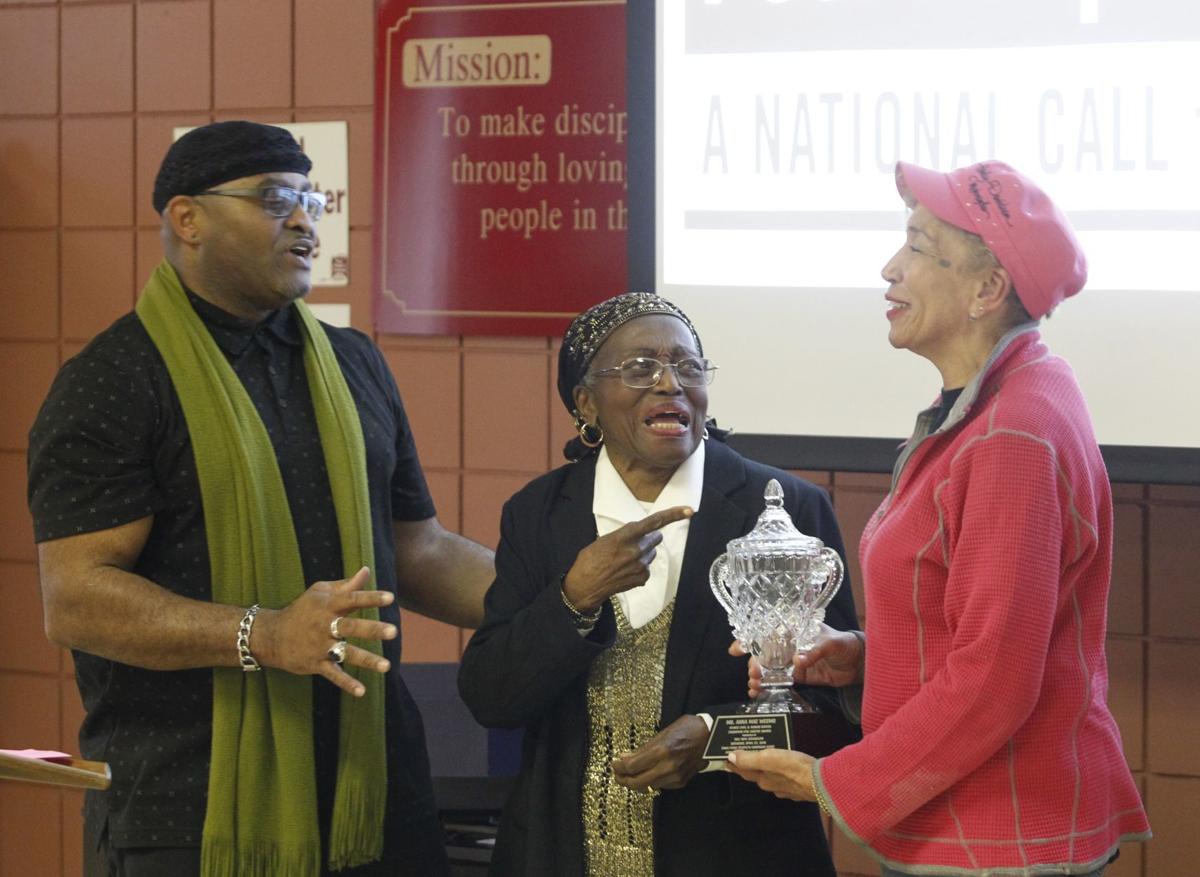 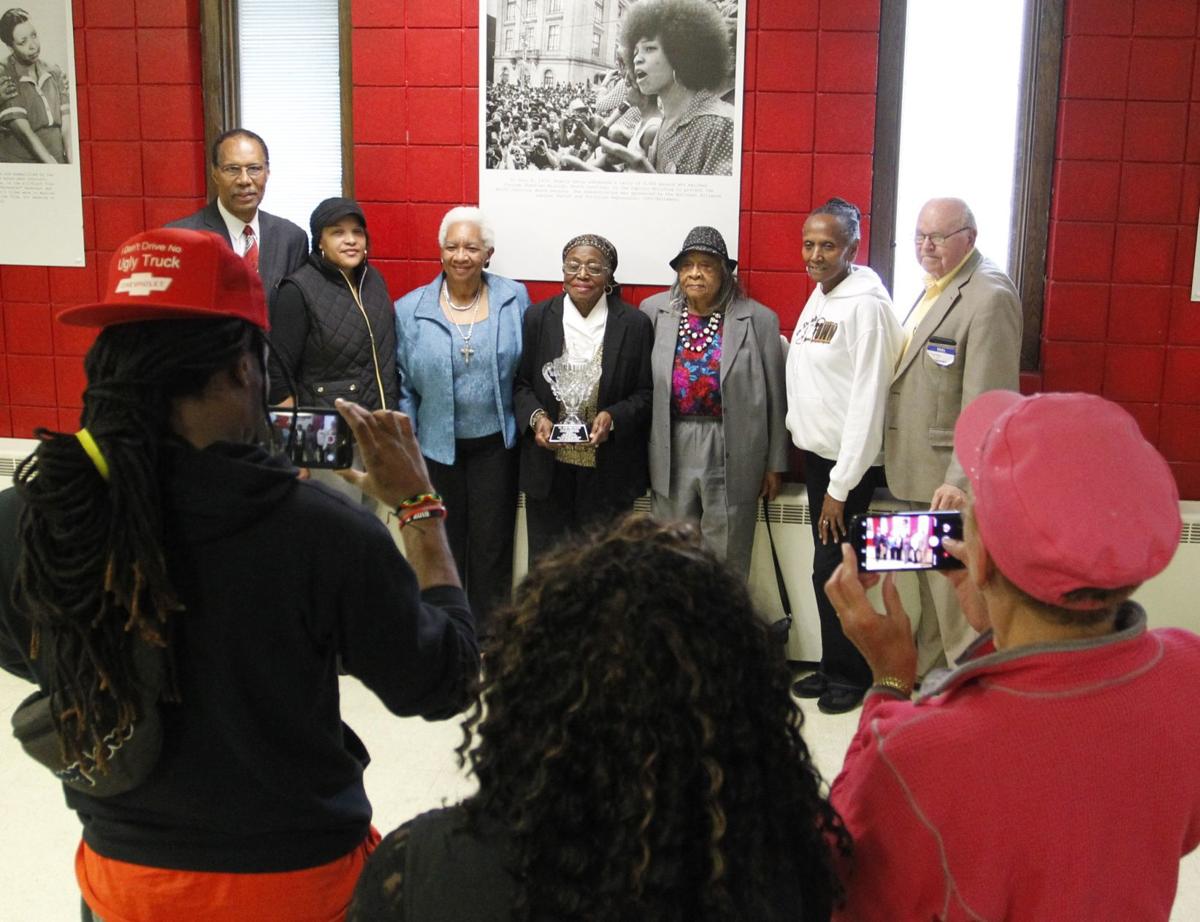 Recipients of civil rights award during the Poor People’s Campaign in Waterloo on Saturday.

On Saturday, the Poor People’s Campaign that King started in 1968 — which was revived in 2018 — circled back to Waterloo to honor Weems for her work in civil rights.

“She brought Dr. King, (civil right activist Ralph) Abernathy and so many others right up Chestnut Street and introduced them to me and my family. … She had fed many a hungry person. She has given power to the powerless, a voice to those who thought they had no voice. She taught us to speak up,” said niece Joshalyn Hickey Johnson.

“She got a job for a lot of people. You could put her on your resume’, and it would either help you or hurt you because she was known, like Dr. King, as a troublemaker to many,” she said

The campaign is active in more than 30 states, and the Waterloo event was part of a larger tour by the campaign’s Iowa branch. Prior events have focused on the Des Moines area.

“What we are trying to do is reach out to folks. We are giving folks a platform to share their stories, this is the reality of what’s going on in our communities,” said organizer Natalie Robinson.

Keegan Smith, 18, a member of the Waterloo Youth City Council, talked about setting up a police review commission, citing a recent scuffle at West High School that included social media video of an officer striking a student while trying to detain him.

“We need it because it’s not going well,” she said.

Eddie Moss, 76, was concerned he couldn’t find any assistance for home repairs.

“I paid into society just like anybody else. What can I do?” asked Moss, who retired 20 years ago after working in road construction.

The Iowa Supreme Court has upheld the conviction of a Waterloo mother whose toddler was treated for smoke inhalation in a 2017 fire.

A former Waterloo musician has died from coronavirus in Crystal Lake, Ill.

The pair were found Tuesday morning by a jogger who saw them lying in a ditch.

Recipients of civil rights award during the Poor People’s Campaign in Waterloo on Saturday.