Governor Terry Branstad complimented the work that Iowa communities have accomplished toward the goal of becoming the healthiest state in the nation. He also recognized Cedar Falls and Waterloo for becoming a certified Blue Zones Community.

A few of Cedar Falls achievements include:

A few of Waterloo’s achievements include:

“It was exciting to come to the summit representing a community that has gone through certification and to see new communities coming on board,” said Jackie Preston, co-chair of the Cedar Valley Blue Zones Project advisory team. “Achieving certification is great but it’s really important to look at sustainability and this has allowed us to get new ideas, and we will be able to incorporate a lot of information from this event.”

Cedar Falls Mayor Jon Crews added, “We are excited to continue the healthy progress we’ve made in Cedar Falls and Waterloo.”

Attendees also heard from Buettner and other speakers.

Some on CF council not happy with complete streets policy

At least two Cedar Falls City Council members aren't happy with a street construction policy update from 8 years ago, while the rest of the council thought the entire discussion was a waste of council and staff time. 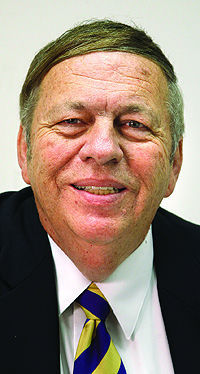