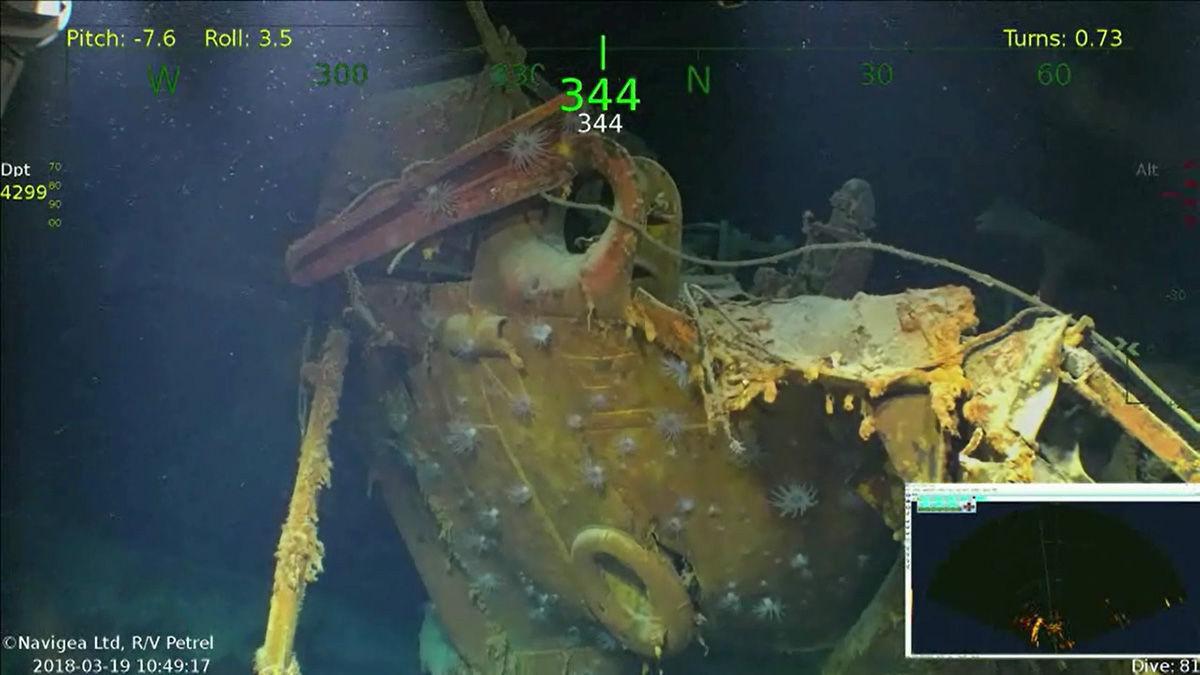 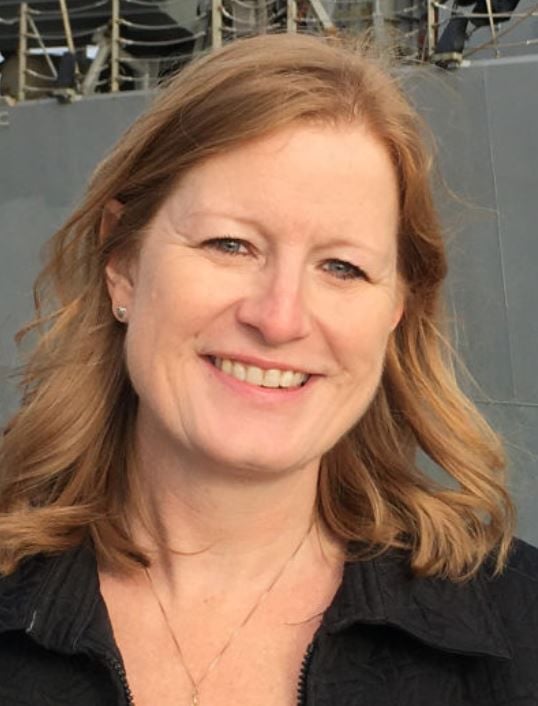 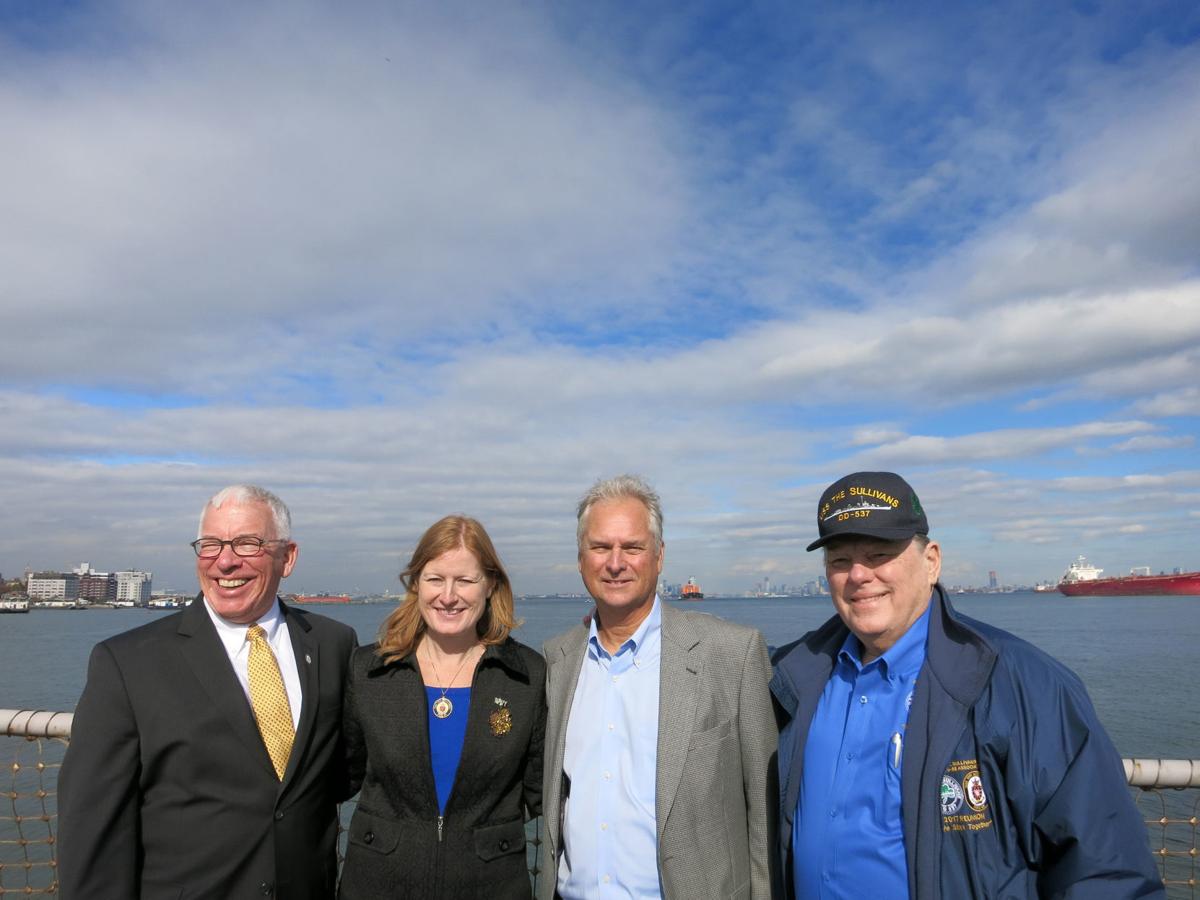 WATERLOO -- Saturday's discovery of the wreckage of the USS Juneau, on which Waterloo's five Sullivan brothers served and perished with nearly 700 shipmates during World War II, was an emotional, bittersweet experience for the fallen sailors' descendants.

"There's over 700 Navy families affected by this and my heart goes out to all those people," said Kelly Sullivan, granddaughter of Albert Sullivan and grandniece of George, Francis, Joseph and Madison Sullivan, who all died after the Juneau was torpedoed by a Japanese submarine and sunk on Nov. 13, 1942.

"For me, it's like finding my grandfather's grave," said Knute Swensen of Huntington Beach, Calif., the grandson of the Juneau's commanding officer, Capt. Lyman K. Swenson, also among the Juneau dead.

The crew of the Research Vessel Petrel, on an expedition financed by Microsoft co-founder Paul Allen, found the Juneau's wreck at the bottom of "Ironbottom Sound" off Guadalcanal in the Solomons on St. Patrick's Day.

In an audio accompanying a video of the wreckage, Robert Kraft, director of subsea operations for the expedition, noted it was appropriate the Juneau's remains were discovered on St. Patrick's Day, given the Sullivan brothers' Irish heritage.

"The luck of the Irish was with them," Kelly Sullivan said, echoing a wish she made for the USS The Sullivans, the current Navy destroyer named for her grandfather and great uncles, when she christened the ship in Bath, Maine, in 1995. She is the official Navy sponsor of that ship.

The crew of the Petrel sent a message to The Courier, which said: "Our team is comprised of professional subsea operators and engineers with years of experience in the industry who are truly humbled with the opportunity to honor our fallen servicemen and provide some closure to their families."

The crew credited Allen with making the expedition possible.

Ironically, Kelly Sullivan was at the USS The Sullivans on St. Patrick's Day at its home port of Mayport, Fla., attending a retirement celebration for one of its former commanding officers.

"When this discovery happened, I was sitting on the fantail of the Sullivans...It's unbelievable," Sullivan said.

On her return trip home Sunday, she heard word of the discovery from U.S. Navy Vice Adm. Rich Brown, commander of Navy surface forces and a former commanding officer of the USS The Sullivans. Brown was in Waterloo last November for a 75th anniversary commemoration of the Juneau's sinking. On Monday, Knute Swensen contacted her.

"It's bittersweet, this feeling," Sullivan said. "There's closure. It also opens a wound."

She said her father, Albert's son, Jim Sullivan, reacted with surprise and had similar feelings.

"My first thought was my prayers for all the Juneau families, not just the Sullivan brothers," Kelly Sullivan said, and all veterans and their families. She said her great-grandmother, Alleta Sullivan, never really had closure because her sons' bodies were never recovered and held out hope they may have survived.

Swensen said he watched the Petrel's undersea video in amazement as the crew made out the Juneaus name inscribed across the fantail.

"Seeing that video gave me chills," he said.

He also thought of his father, U.S. Navy Cmdr Robert Swensen, who passed away in April 2016 at age 93 and was very close to his father, the Juneau commander. Knute's grandfather's surname was misspelled as "Swenson" by a staff member at the U.S. Naval Academy at Annapolis, Md., and he never had it corrected. It was at Annapolis, when Robert was a cadet, that the Juneau commander and his son had their last meeting.

In an audio accompanying the video, Kraft of the Petrel expedition notes the ship's bow and stern were found relatively close to each other but the ship's debris was scattered over a mile on the ocean floor -- an indication of the devastating explosion which sunk her.

Most of the sailors were killed during the actual sinking; more than 100 died at sea in the days that followed from wounds, exposure or shark attacks, including George Sullivan, the oldest of the brothers. Ten sailors survived the actual sinking plus a four-person medical crew sent to the USS San Francisco to tend to wounded there prior to the attack.

Swensen hopes the Juneau crew's valor is also remembered. The ship earned multiple battles stars for the engagements in which it fought -- including one the night before its sinking, when it and other outgunned American ships turned back a Japanese task force headed for embattled U.S troops at Guadalcanal.

Sullivan praised Paul Allen's passion for pursuing the expedition -- a lesson she used it as an example for her third-graders at Lincoln Elementary School in Cedar Falls.

"I really admire Mr. Allen and his crew for having the faith to do this," she said, and encouraged her students to pursue their passions as well.

Both were in New York this past November at the 75th anniversary commemoration of the Juneau's sinking at the same Staten Island pier where the ship was commissioned into the Navy in 1997. That ceremony was across New York harbor from the Brooklyn Navy Yard, where the Juneau was commissioned into the Navy and sailed out of the harbor, never to return.

She hopes the USS The Sullivans can sail to the Juneau's final resting place on a future mission, with some of its sailors surviving family members.

The Sullivan Brothers Iowa Veterans Museum, 503 South St., is offering half-price admission through Friday to allow the public to learn more about the Sullivan Family and the USS Juneau. A special Sullivan documentary will be showing in the Parker & Hinson Museum Theatre all week.

Special admission is $5 for adults, $2.50 for veterans and children 4-13, and free for children 3 & under. All Grout Museum Members are free.

See video of the Juneau at wcfcourier.com

PHOTOS: Remembering Waterloo's five Sullivan brothers on the 76th anniversary of their deaths

SEATTLE — Wreckage from the USS Juneau — the ill-fated ship on which Waterloo’s five Sullivan brothers served — was found on St. Patrick’s Day…

The men who found the wreckage of the USS Juneau on the bottom of the sea brought her to life in the hometown of her most famous sailors. 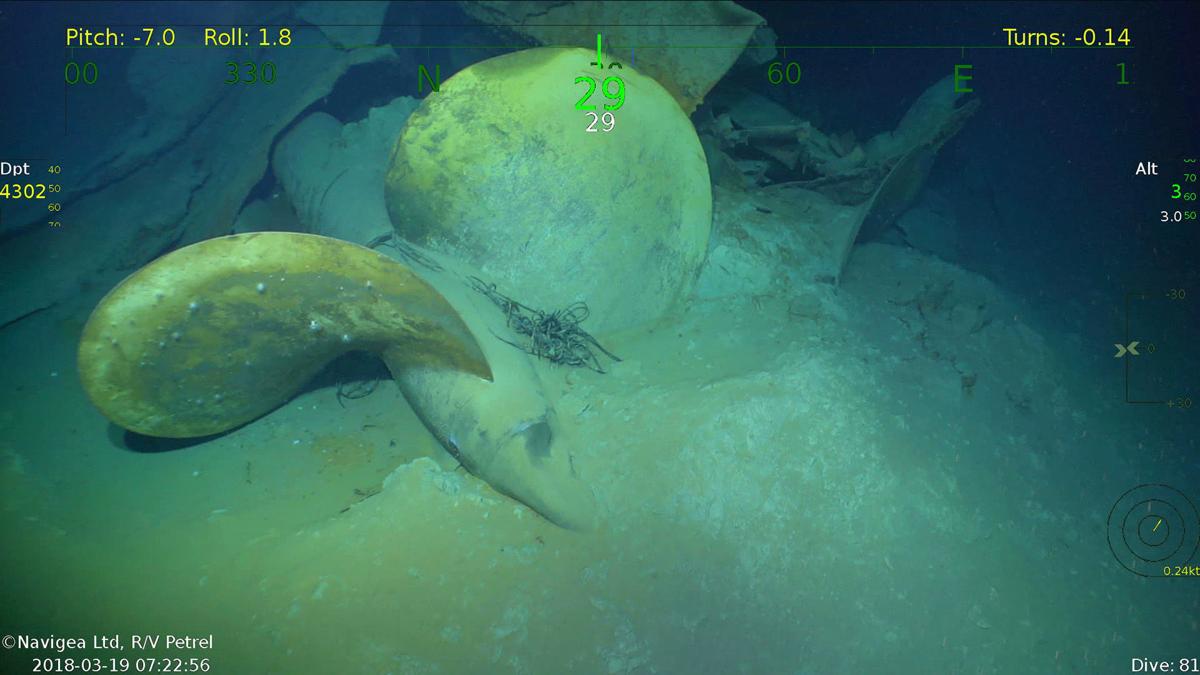