Total coronavirus deaths by county in Iowa as of April 28, 2020, per IDPH data. Black Hawk County, at 12 deaths, has the third-highest number of deaths in the state, behind Linn and Polk counties.

The curve has not flattened in Black Hawk County, where 1,346 cases of coronavirus have been reported as of April 27, 2020, according to county health officials. 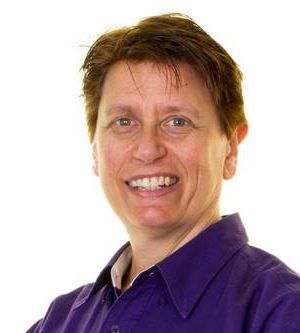 Duclos, along with medical directors from Black Hawk County’s two hospital systems, MercyOne and UnityPoint, described the surge in COVID-19 patients who have to be hospitalized and the health care workers on the front lines, wearing raincoats instead of medical gowns and cloth masks over their scarce N95 masks.

But it is the patients not allowed to have their family by their side, even as they lay dying, that is most devastating to Duclos.

“You see the impact on the family who have to sit at home and can’t be with their loved one, who have to FaceTime when somebody is going through one of the most traumatic experiences of their life,” Duclos said. “I’ve never seen that before in my life as a physician.”

1,346 test positive for virus in county

The county also had the fourth-highest infection rate per capita, with 1% of the population infected. Officials estimate they’ve so far tested 2,500 county residents.

But officials lamented they continue to get calls about residents gathering, and lamented the mixed messaging from Gov. Kim Reynolds, who announced Monday that 77 of Iowa’s 99 counties would begin to reopen for business starting Friday. Black Hawk County was not among them.

Black Hawk County Sheriff Tony Thompson said those making the choice to go out, gather or not wear a cloth mask to the grocery store were putting front-line workers, particularly health care workers, at risk.

“Our first line of defense was and, quite frankly, still is our community,” he said. “And when that defensive line fails, we then rely on our health care specialists, our long-term care facilities, our nursing home staffs, because that battle then falls on their front doorstep. And that’s precisely where the battle lines have now been drawn.”

MercyOne chief medical officer Dr. Matthew Sojka said administrators are “concerned” about the safety of their staff as the surge affects all facets of their organization.

Providers are trying to protect themselves and their patients by wearing personal protective equipment, he said, but there is no protecting his staff from the mental and emotional toll of the pandemic.

“It’s a very scary time for them,” Sojka said. “Patients that do end up on ventilators don’t do well with COVID. In New York, 90% of them passed away, (and) we see some of those numbers in the local community.”

UnityPoint has taken down the tent outside Allen Hospital as administrators realized it wasn’t needed — most people either call into clinics or are sent directly to the emergency room, said medical director Dr. Dan Glascock.

The hospital Friday opened a second respiratory clinic at its North Crossing location, citing a “high volume” of patients. It also is seeing the coronavirus attack its own ranks and the ranks of other health care professionals.

“It’s really starting to affect the people that are on the front lines now,” Glascock said. “It’s at this point becoming a very scary situation.”

That’s what keeps hospital administrators up at night, said Duclos — and that’s why she urges residents and businesses to help her slow the spread.

“It is a heavy load to carry,” Duclos said, choking up. “My biggest fear, as I encourage my staff to come to work every day, is ... I’m going to lose one of them. And that, I have to carry on my shoulders.”

The closure of city facilities continues until May 15.

COLUMN: Positive attitude key to get through pandemic

Those earlier generations had ration books and did without a lot of food and conveniences they had once enjoyed.

Black Hawk County Health Department officials have discovered an error that led to an incorrect number of reported COVID-19 cases in the county.

'Our Quarantine Project 2020' Photographers get creative sheltering at home

Stuck at home during the COVID-19 pandemic, professional photographers Crystal and Aaron Olson decided to chronicle their captivity. The result is an ongoing series, "Our Quarantine Project 2020."

"The next few days, these next couple of weeks, are going to be difficult for us," Sheriff Tony Thompson said.

"We felt like we're pretty darn good at the emergency management thing. But I don't think we had any idea what was coming."

Total coronavirus deaths by county in Iowa as of April 28, 2020, per IDPH data. Black Hawk County, at 12 deaths, has the third-highest number of deaths in the state, behind Linn and Polk counties.

The curve has not flattened in Black Hawk County, where 1,346 cases of coronavirus have been reported as of April 27, 2020, according to county health officials.