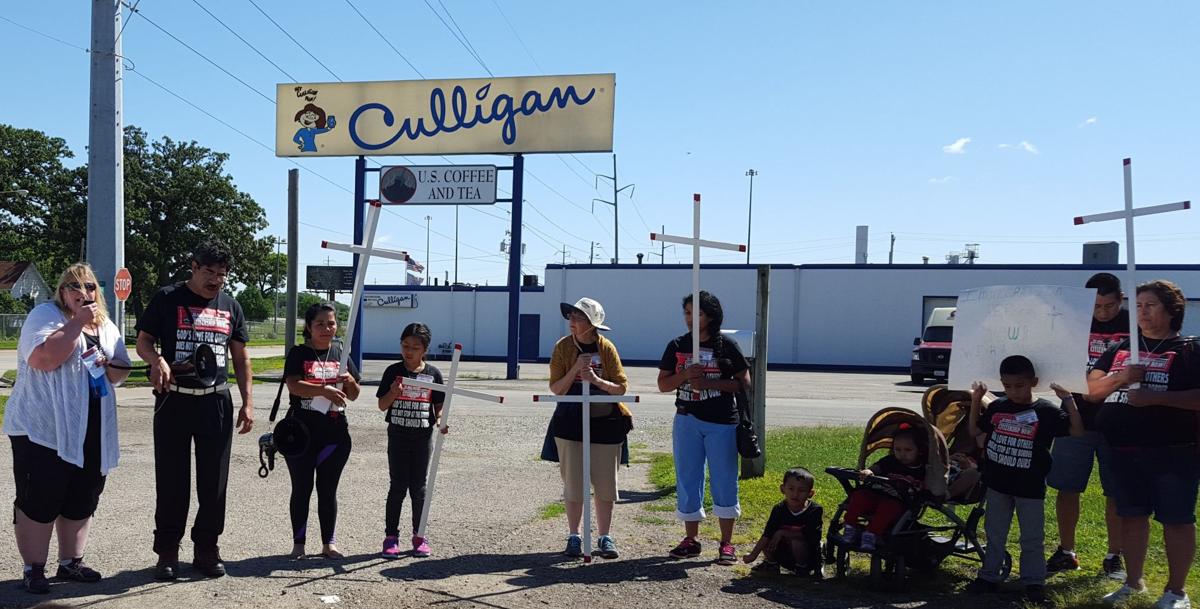 Lisa Muñoz, of Cedar Valley Advocates for Immigrant and Refugee Rights, left, speaks at an immigration reform vigil across from the National Cattle Congress fair grounds in August 2015, before the crowd marched to Queen of Peace Church. The group hosted the Asamblea de Derechos Civiles, a group from Minnesota traveling across Iowa to promote immigration reform. 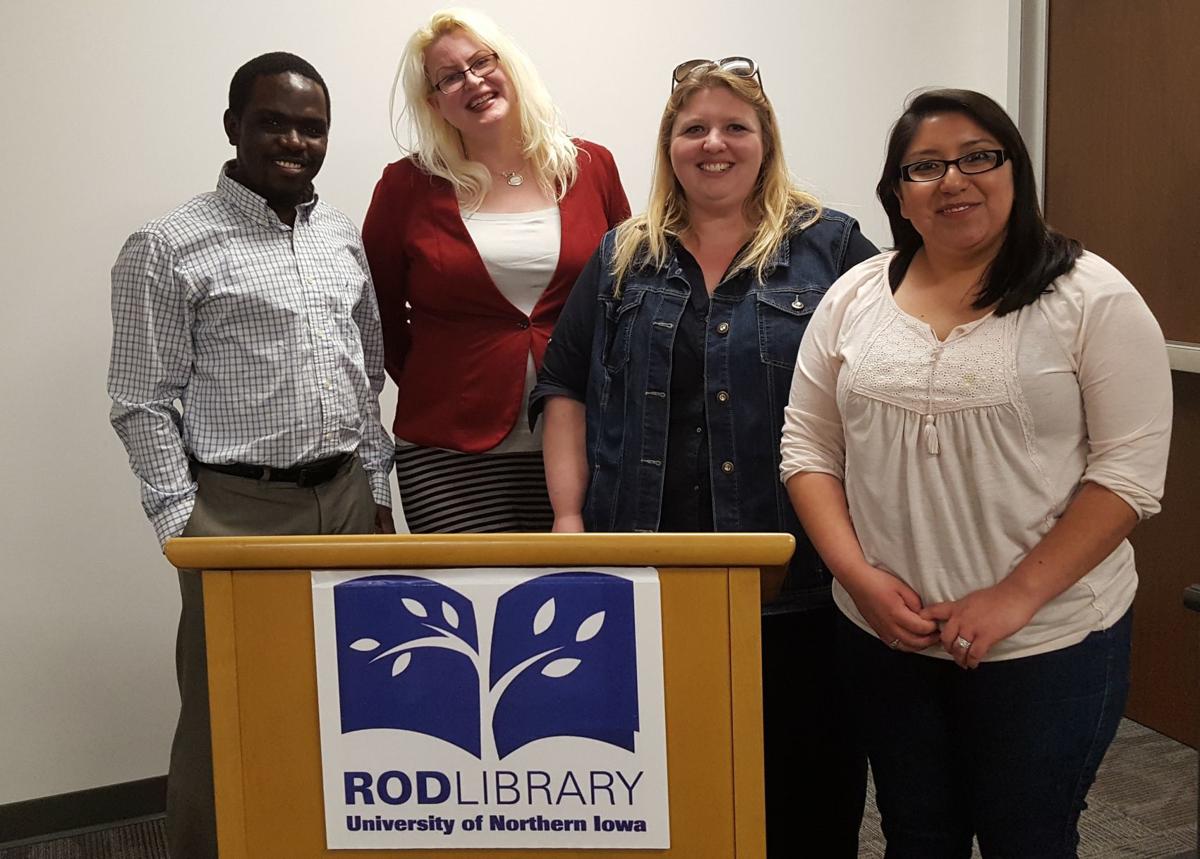 WATERLOO — Father’s Day, traditionally celebrated by children honoring their fathers, will be a reminder of those who aren’t able to see their dads today.

“Vigil: Speaking Out for Immigrant Families” will be from 8 to 9 p.m. today in Lincoln Park in Waterloo.

The event is jointly hosted by Cedar Valley Advocates for Immigrant and Refugee Rights as well as Americans for Democratic Action Iowa.

“There have been many events in response to the administration’s policy at the border,” said Lisa Munoz, a co-founder of CVAIRR. “With it being Father’s Day on Sunday, we thought it was fitting to recognize the fact that, while we’re celebrating fathers, there are parents and children being separated as we speak.”

Munoz was referring to the Justice Department’s southern border policy, adopted in April, of referring all illegal border crossings for criminal prosecution instead of civil deportation proceedings. That has dramatically spiked the number of minor children being separated from their parents and brought criticism from both Republicans and Democrats.

“We heard (Attorney General) Jeff Sessions state recently, and (White House) spokesperson (Sarah Huckabee) Sanders confirmed, they’re using this kind of biblical approach to the decisions they’re making — and a lot of people who identify as Christian are opposed to that,” Munoz said.

“I’ve gotten a lot of requests recently from people who aren’t involved in immigrant rights advocacy asking, ‘What can we do?’” Munoz said. “Hearing the stories of people, the manner that’s being used to separate families and the reasons behind it, are really disgusting people.”

Munoz expects around a hundred or more to attend the vigil, and organizers encourage people of all faiths and political stripes to write or call their congresspeople and donate to legal aid organizations helping in the response.

“We all need to take a stand against these kind of things,” Munoz said. “The Republican Party has identified as the party of family values, and this is very contrary to family values: the separation of parents and children. This would be an issue that we could definitely find common ground on.”

Candles and signs will be provided to attendees.

Speaking up: Group says its imperative not to remain silent

Second in a series of stories from our fall Inclusion magazine, highlighting diversity in the area.

Lisa Muñoz, of Cedar Valley Advocates for Immigrant and Refugee Rights, left, speaks at an immigration reform vigil across from the National Cattle Congress fair grounds in August 2015, before the crowd marched to Queen of Peace Church. The group hosted the Asamblea de Derechos Civiles, a group from Minnesota traveling across Iowa to promote immigration reform.