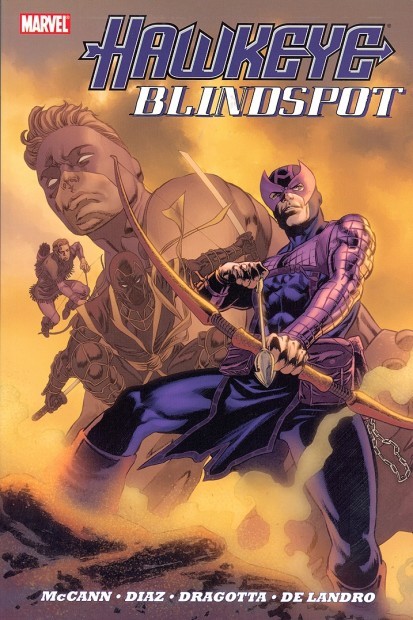 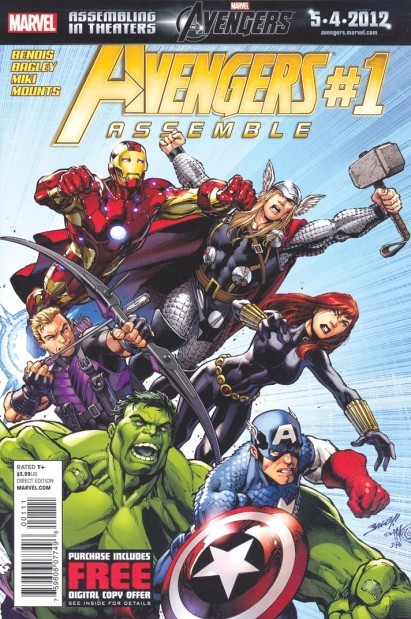 WAVERLY, Iowa — One of Waverly’s own will play a major role in perhaps the biggest movie of the year. How much of Clint Barton’s backstory will be revealed, however, won’t be clear until “Marvel’s The Avengers” hits screens across the country at midnight Thursday.

“Is he a superhero or super villain?” Waverly Mayor Bob Brunkhorst asked.

In the Marvel universe, Clint was one of two sons born to Edith and Harold Barton, who owned a butcher shop in Waverly. Harold was an abusive drunk, and when he and his wife died, their boys were sent to an orphanage. Clint was 13 at the time.

In true comic book fashion, Clint and Barney Barton escaped, eventually joining the Carson Carnival of Traveling Wonder. As a circus performer, Clint developed skills with a bow and arrow he would later employ as Hawkeye, an early member of the Avengers.

Barney also learned to aim with amazing accuracy and became known as Trickshot. But he walks on the dark side, and in fact once took an arrow from his brother.

Brunkhorst likes the idea of a native son, even if make-believe, starring in a major Hollywood production.

While that may sound silly, consider Riverside. The small community in Washington County bills itself as the future birthplace of James T. Kirk, captain of the USS Enterprise on “Star Trek.”

According to the community, Kirk will arrive in Riverside on March 22, 2228, but folks are already advertising the event.

“James T. Kirk was born in Iowa, and they do some promotion off that,” Brunkhorst said.

“You can capitalize on anything. You just have to have the right idea and the right promotion,” Rodgers said.

“The Avengers” builds on a string of blockbusters and brings an impressive lineup of actors together.

Jeremy Renner, known for his roles in “The Hurt Locker” and alongside Tom Cruise in “Mission Impossible: Ghost Protocol,” will play Hawkeye. He will be opposite Robert Downey Jr. as Iron Man, Chris Evans as Captain America, Chris Hemsworth as Thor, Scarlett Johannson as Black Widow, Mark Ruffalo as The Hulk and Samuel L. Jackson as Nick Fury.

Observant moviegoers noticed Hawkeye popped up briefly in “Thor.” The archer in the movie taking aim at the demigod was Waverly’s own Clint Barton.

“You better call it (Agent) Coulson because I’m starting to root for this guy,” Hawkeye says while watching Thor wreak havoc on a government facility.

Hawkeye was created by none other than Stan Lee and a colleague, the late Don Heck. Heck was also on the team that made Iron Man and is credited with giving Tony Stark his dashing good looks, which by the way were based on a real person, actor Errol Flynn.

Hawkeye made his first appearance in print in Marvel’s “Tales of Suspense.” The edition was published in September 1964.

Why Hawkeye wound up as a citizen of Waverly, Iowa, is a mystery to local fans — and to Tom Brevoort, executive editor and senior vice president of Marvel Publishing.

Lee and Heck created Hawkeye in the early 1960s when Westerns were big in popular culture. According to Brevoort, though, the character did not get a biography until the 1980s when a former executive editor, the late Mark Gruenwald, compiled “The Official Handbook of the Marvel Universe.”

According to Brevoort, Gruenwald filled in data for Marvel’s characters, including Hawkeye. Gruenwald scattered the superheroes and villains across the United States and globe, sometimes picking up on a quirk in a character’s personality or history.

Gruenwald’s own history, though, might provide a clue. He was from Oshkosh, Wis., so would have known where Iowa is. He may also have been familiar with its nickname — the Hawkeye State — and with the University of Iowa Hawkeyes.

Brevoort was not aware of the actual Hawkeye connection.

“But I bet Mark Gruenwald was. I think that’s exactly the thing,” he said.

According to Marvel, Hawkeye was not one of the original Avengers, as he will be portrayed in the upcoming movie. The first crew featured other characters who will apparently not be in the movie.

“I’m guessing they thought Giant-Man and Wasp were too silly,” said Mike Blanchard, owner of The Core on Valley Park Drive in Cedar Falls.

For now, Rodgers describes Hawkeye as a second-tier superhero in Marvel’s universe. He is known as a wise cracker with a unique humor, an ordinary man with extraordinary abilities developed with training and practice.

Those attributes as an everyman make him a fan favorite.

Like Brevoort and Mayor Brunkhorst, Bunn knew little about Hawkeye’s connection to Waverly — but he was intrigued.

“When a writer discovers a little tidbit like that, it starts opening possibilities,” Bunn said. “I can’t help but think, where does Hawkeye coming from fit into his personality? And I kind of wonder, what sort of stories might be connected to that.”

Small town, rolling fields and at least the perception of innocence overflowing.

“What an awesome place to set a story,” Bunn said.

“In the comic book world, the joke is the bad guys always seem to be attacking New York City, where all the superheroes live. So you never know, maybe a bad guy will set up in Waverly and Hawkeye will have to take him down,” Bunn added.

Blanchard said many of his customers have noticed the Avengers’ link to the state.

“It’s neat ... ‘Hey, this is our superhero. We’re going to root for this guy’ — because he’s from small-town Iowa,” Blanchard said.

Brunkhorst admits he’s not much of comic book fan, but he intends to see “The Avengers.” And he’ll be watching Hawkeye.

“I’ll definitely go see it. I want to make sure he represents Waverly in a good way,” he said.

On May 4, the much-anticipated movie "The Avengers" will be released in theaters. The movie is based on the group of superheroes The Avengers,…

CLUTIER— Hawkeye is not the only superhero with ties to Iowa.