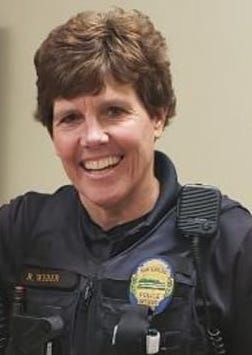 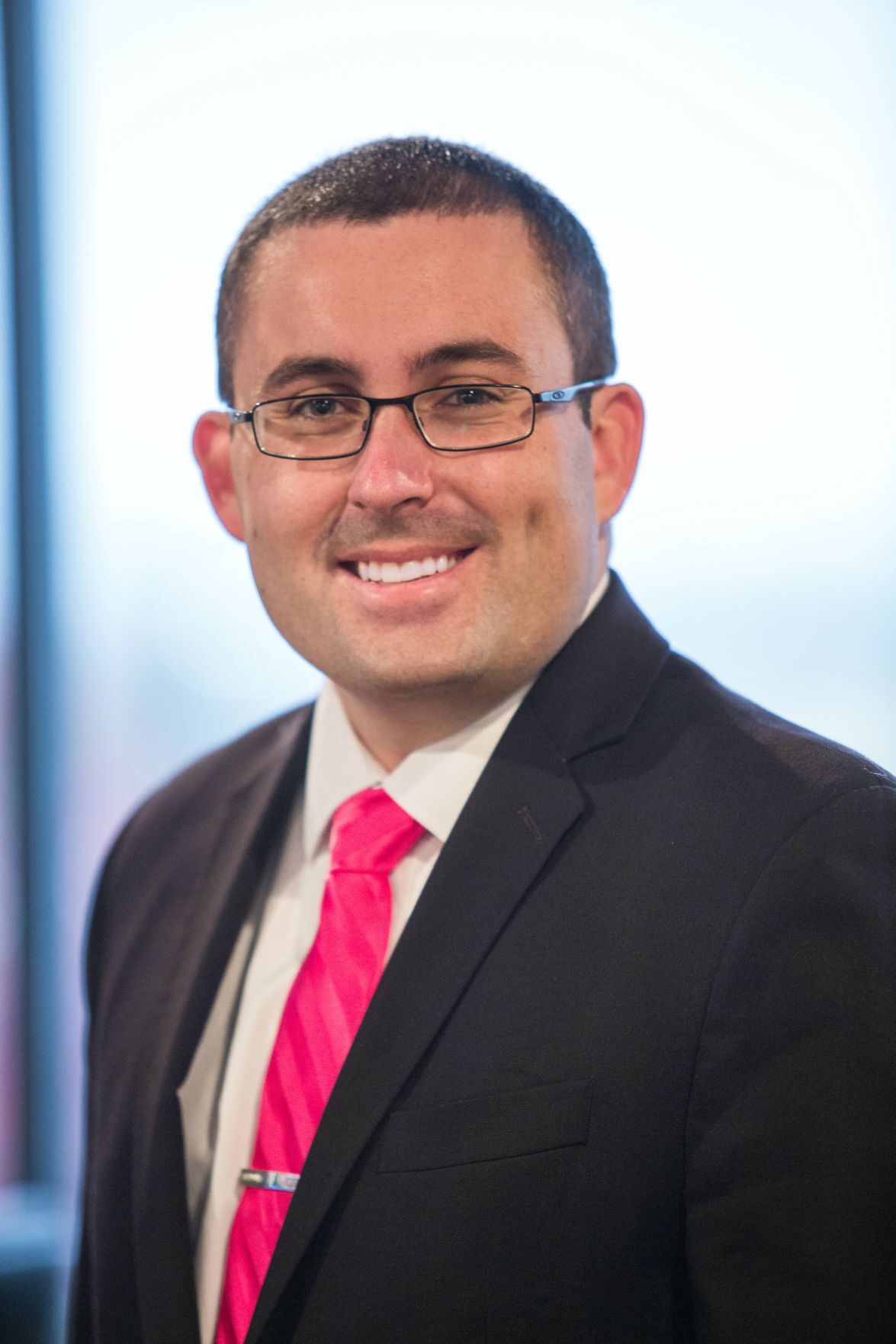 WATERLOO — You’ve read about them, received a postcard or seen a billboard.

But who, exactly, is behind the political action committees backing issues and candidates in city elections in Waterloo and Cedar Falls?

And what are they advocating for?

Besides reporting the names and contact information of their officers, city PACs and candidates also must report their income and expenditures five days before the general election, which we’ll report in a future Courier article closer to the election. 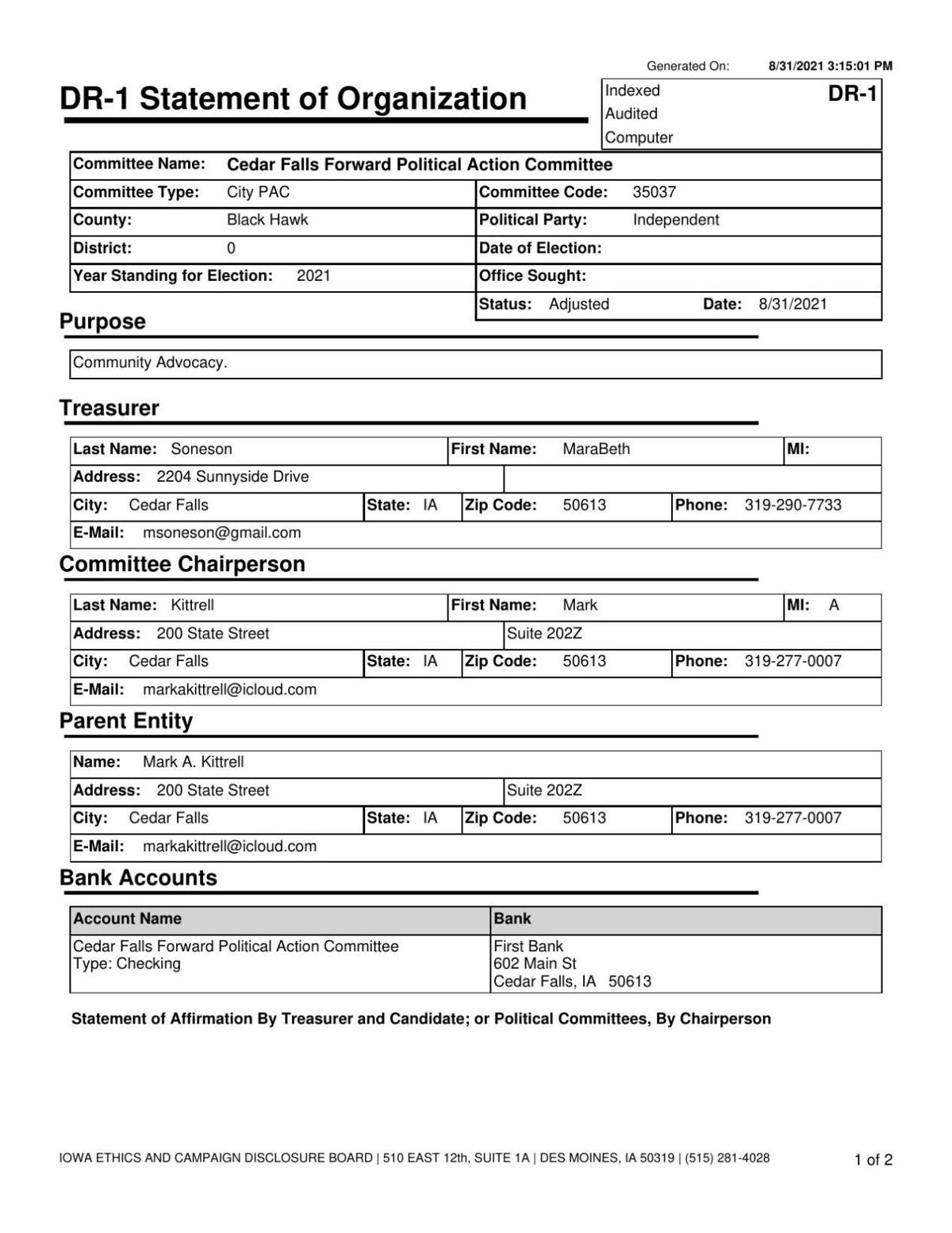 If you’re a Cedar Falls resident, the first you may have heard of this PAC was the postcard mailed in mid-September, but the group has also been on Facebook since September touting city employees, promoting upcoming council meetings and supporting things like the Cedar River Master Plan.

“We feel like we represent the viewpoint of a large part of Cedar Falls ... that Cedar Falls is a great town to live in, and we want to see its successful trajectory continue into the future,” Kittrell and Soneson wrote in response to Courier questions. “The current community conversation isn’t taking us in that direction.”

Kittrell runs real estate development firm Eagle View Partners, which developed River Place along State and East Second streets in downtown Cedar Falls. He is a board member of the Iowa Economic Development Authority, Cedar Valley Tech Works and Mill Race, according to his LinkedIn profile.

Soneson runs Acorn Advisors Marketing, which offers content marketing to businesses specializing in kitchenware. She’s also on the boards of both Cedar Falls Utilities and First National Bank, according to her LinkedIn profile.

The pair notes “the domination of a single issue” was having a “very strong, negative impact,” though they insist the PAC wasn’t formed primarily to promote the city’s public safety model, the first in the state intertwining police and fire departments. It drew the attention of the Iowa Legislature this year.

Nevertheless, they “plan additional communication in the coming weeks on what we’ve learned about the status of public safety in Cedar Falls.”

City councilor and mayoral challenger Dave Sires, Ward 1 challenger Gil Schultz, Ward 3 challenger Kara Bigelow-Baker, Ward 5 challenger Dustin Ganfield and at-large candidate T.J. Frein all support scrapping the PSO model and returning to separate police and fire departments. Rob Michael, who told The Courier he was anti-PSO and planned to run in Ward 5, did not file to appear on the ballot.

Kittrell and Soneson said they don’t plan “a classic style of endorsement,” preferring to put candidates’ responses to their questionnaire sent out Sept. 17 on their website in full.

“We don’t want to be prescriptive in telling folks who to vote for, but we hope to provide valuable information that informs,” they noted. 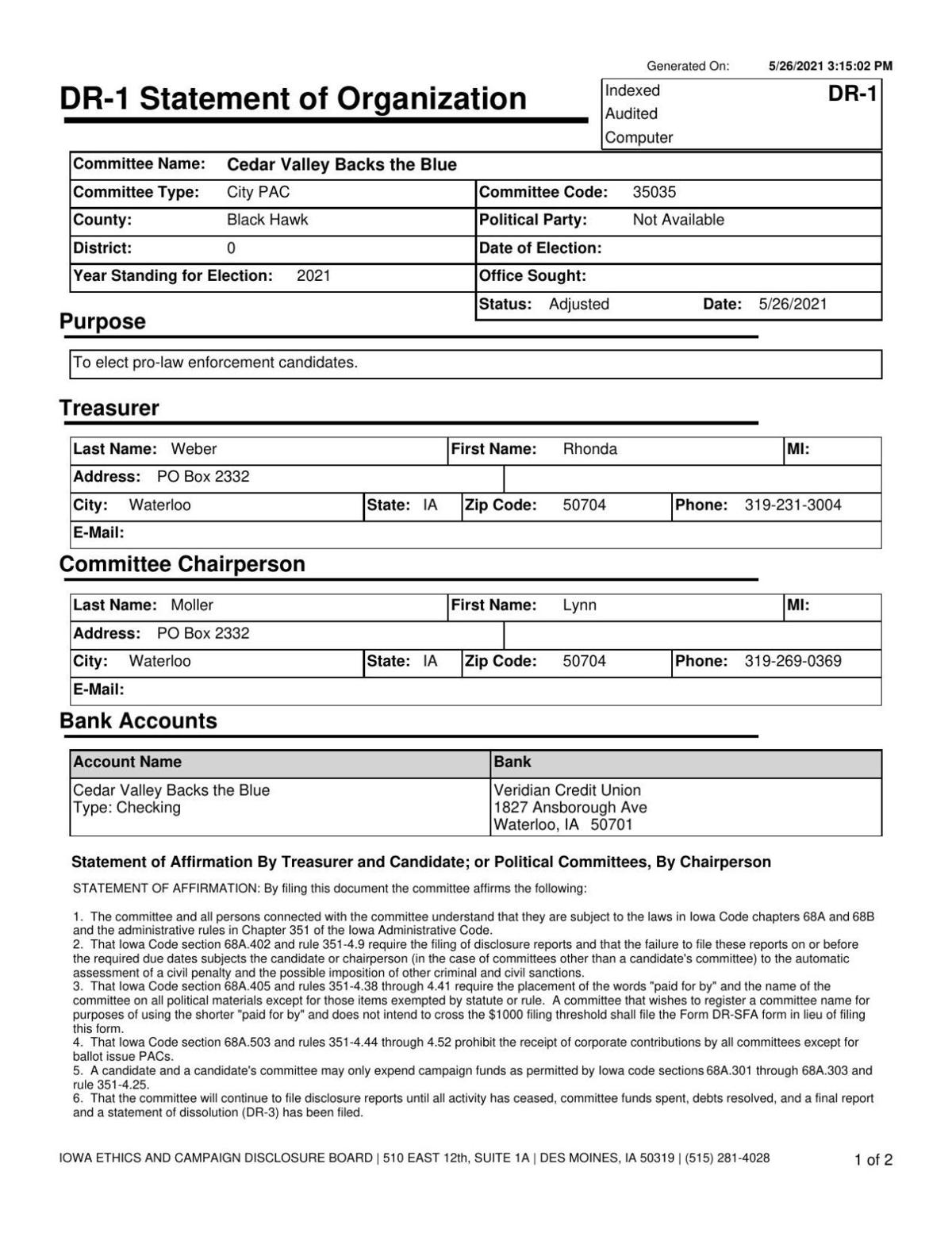 With their prominent downtown billboards, robust Facebook presence and occasional appearances at Waterloo City Council meetings, Cedar Valley Backs the Blue is probably the PAC with the most name recognition locally.

Retired police officers Moller and Weber started the PAC after the yearlong process of retiring the decades-old griffin logo from the Waterloo Police Department.

“This expensive and unnecessary attack by the mayor and city council has left many people scratching their heads,” Moller said in the group’s first press release. “To us, the only thing that needs rebranding is our local government.”

Moller retired in 2010 after 35 years with the department as an investigator, according to a Courier article at the time. He was named the department’s Officer of the Year in 1980.

Weber was a member of the city’s rebranding committee tasked with designing a new WPD logo, and retired this summer. She was named Officer of the Month in October of 2018 by the Waterloo Police Protective Association.

“In our opinion, change at the department is desperately needed, and it needs to start at the top,” the officers wrote in a Courier guest column in September.

“We couldn’t be happier with the support we’ve received from the community,” Moller told The Courier last week. He noted the PAC had “a few different things planned” in terms of advertisements prior to the election, but — like the billboards — “it will be a surprise.” 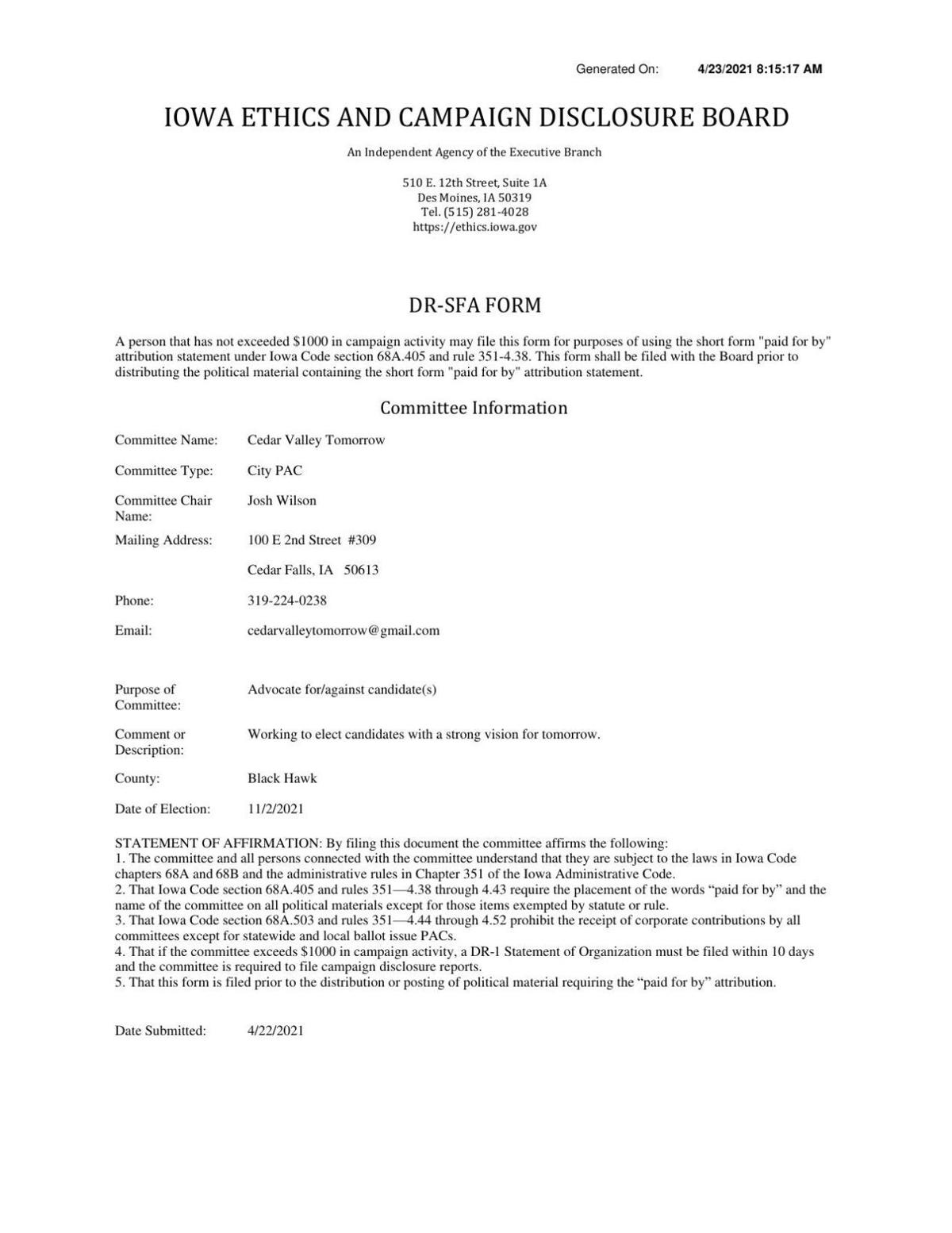 Wilson was considering a run for the Cedar Falls Ward 1 seat held by Mark Miller when he filed the form for Cedar Valley Tomorrow, he told The Courier. That form is for PACs that raise less than $1,000 but still require “paid for by” language on campaign materials under Iowa Code.

“I actually didn’t raise any funds, and only spent my personal dollars,” Wilson said.

Wilson said he conducted “some very targeted phone polls” in April when he was considering whether to run and spent “well below” $1,000 to do so.

He said Miller’s decision this spring to step down from the council changed his mind, and Cedar Valley Tomorrow has been inactive, though not dissolved, since May.

Wilson, who was the public liaison for former Gov. Terry Branstad and former communications director in the U.S. House of Representatives, is now a remote-working publicist with Otter Public Relations. He also serves on the board of Cedar Valley Hospice.

The president of the Des Moines police officers' union sent explicit photos to four female cops but retired before he could face discipline.

A local political action committee focused on electing "pro-law enforcement candidates" to the Waterloo City Council has issued its endorsements for the 2021 city election.

A labor council that covers several unions in the Cedar Valley released its list of candidate endorsements in the upcoming city and school board elections.

If you want your vote to count this November, here are the new voting laws you need to know.

Does lightning strikes on water kill the nearby fish?

Does lightning strikes on water kill the nearby fish?