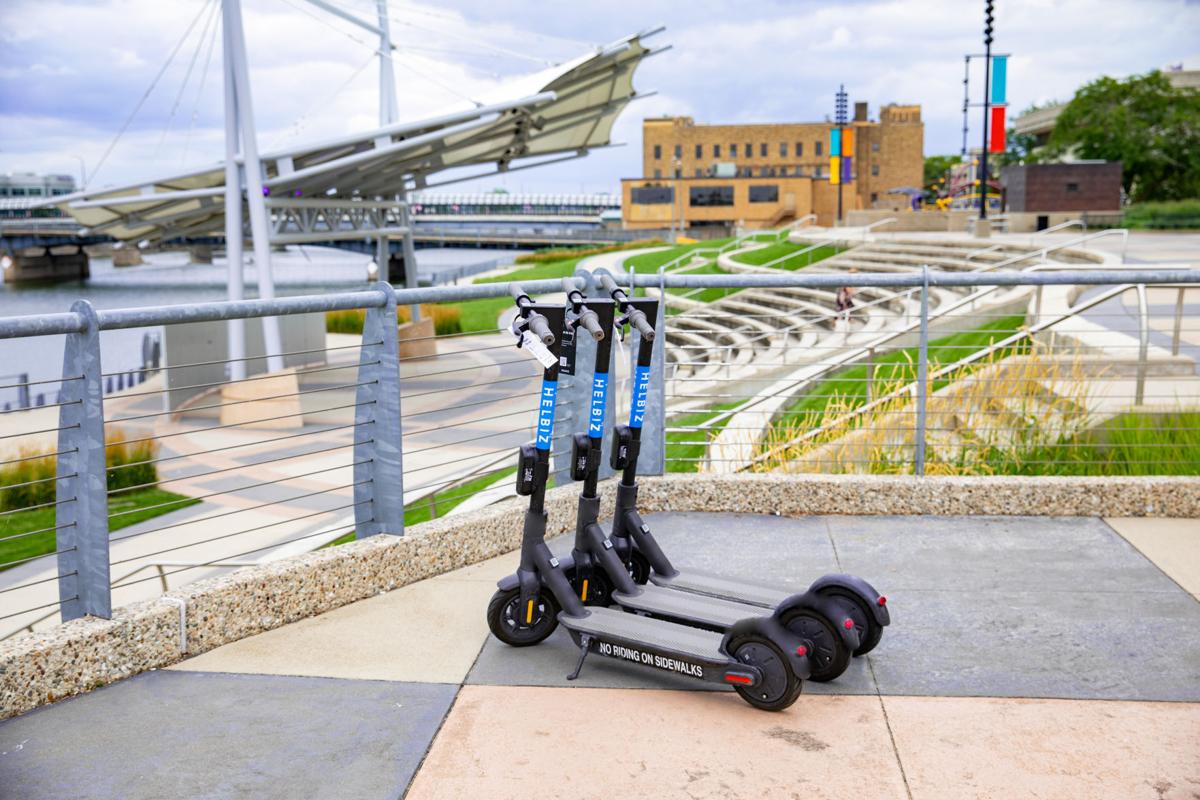 Helbiz scooters are pictured at the Riverloop Amphitheatre in Waterloo. 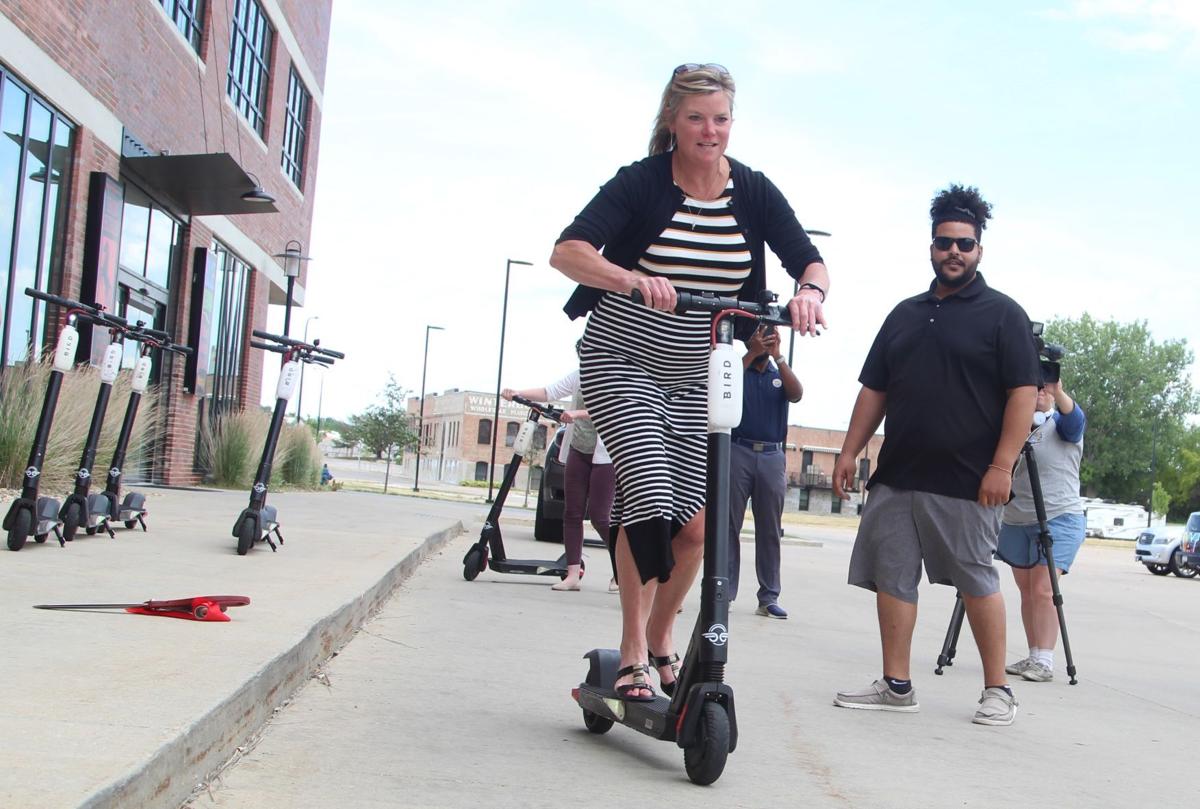 Jane Messingham, a board member for Main Street Waterloo, tries a Bird e-scooter during the program’s launch Tuesday. 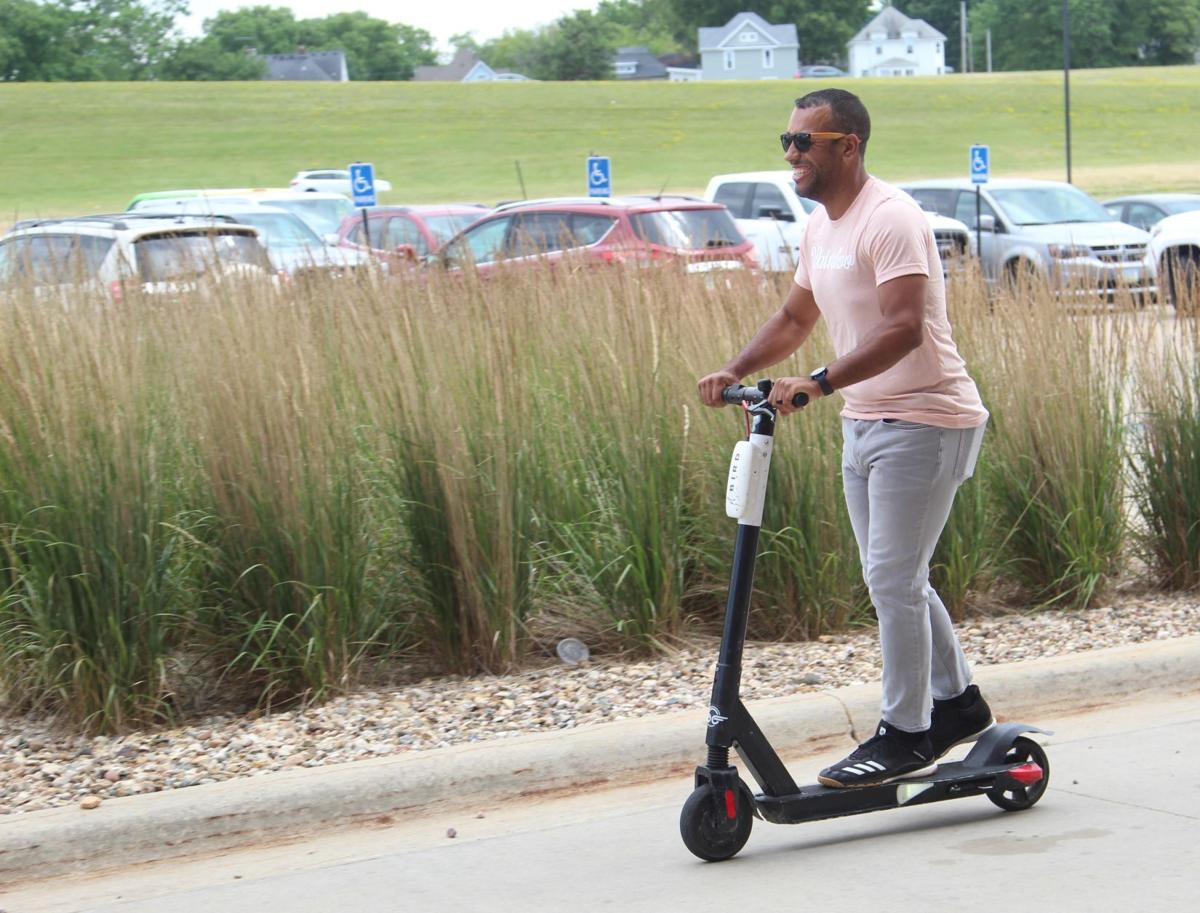 Tavis Hall of Experience Waterloo tries a Bird e-scooter during the program’s launch on June 22 in Waterloo. 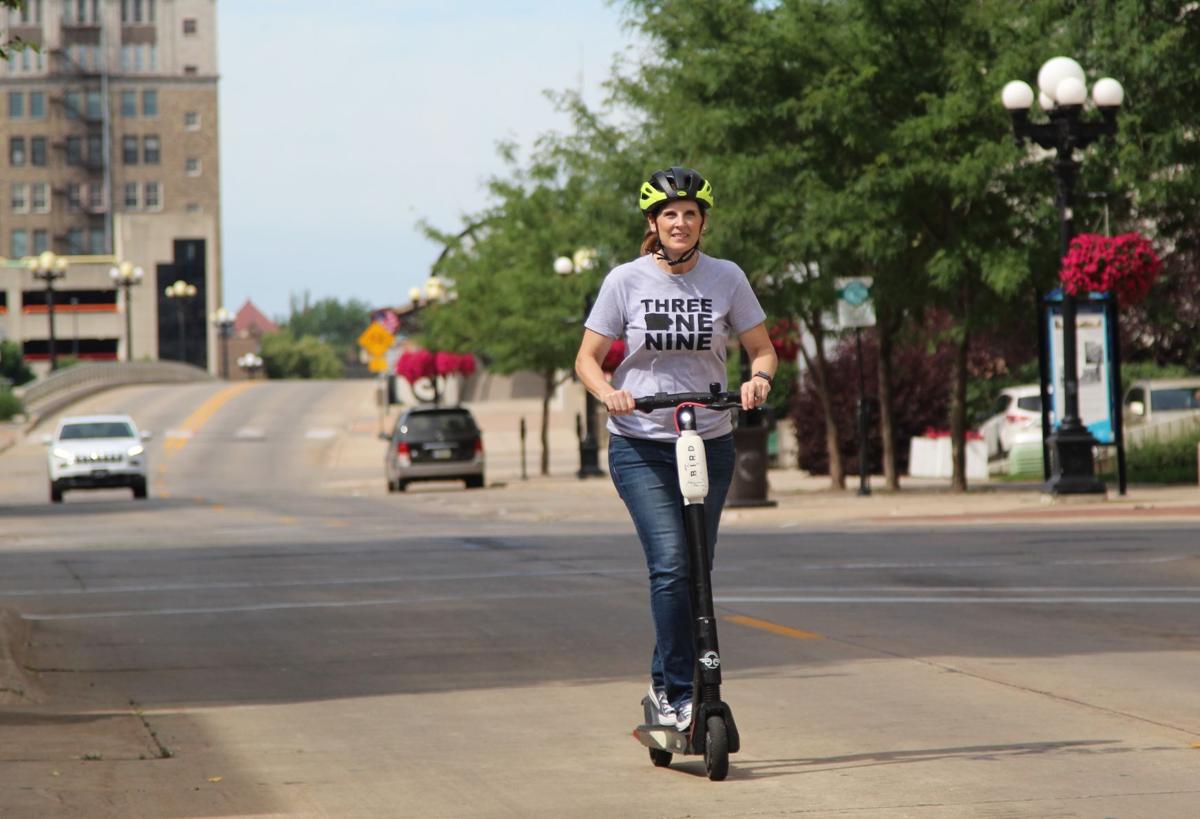 WATERLOO — The city updated several sections of its new scooter ordinance after reports of potential problems surfaced in the few weeks since the program began.

The City Council originally approved its ordinance governing “shared mobility devices” June 1. It put in place rules for up to three scooter companies, and Bird — based in Santa Monica, California — and New York City-based Helbiz jumped in, adding hundreds of scooters to downtown Waterloo that have proved popular.

WATCH NOW: The Birds have landed, eScooters hit the streets

But Monday night, the council nixed the possibility of a third company, limited the two current operators to 150 scooters each, required companies to ensure riders are 18 and older, and limited hours of operation to between 4 a.m. to midnight. It also changed the time limit to move or remove scooters that are not parked correctly from 24 hours to 12, and disallowed scooters from special events or events held on city property.

It was welcome news to Ward 3 Councilor Pat Morrissey, who said he thought the companies already had “violations that need to be addressed.”

“If you want an example of the complete misuse and abuse of these machines by riders, just go to the corner of Jefferson and West Fourth,” Morrissey said. “You’ll see tire marks from the scooters that have gone around. That’s how fast they’re going around the corners — they’re leaving tire marks.” 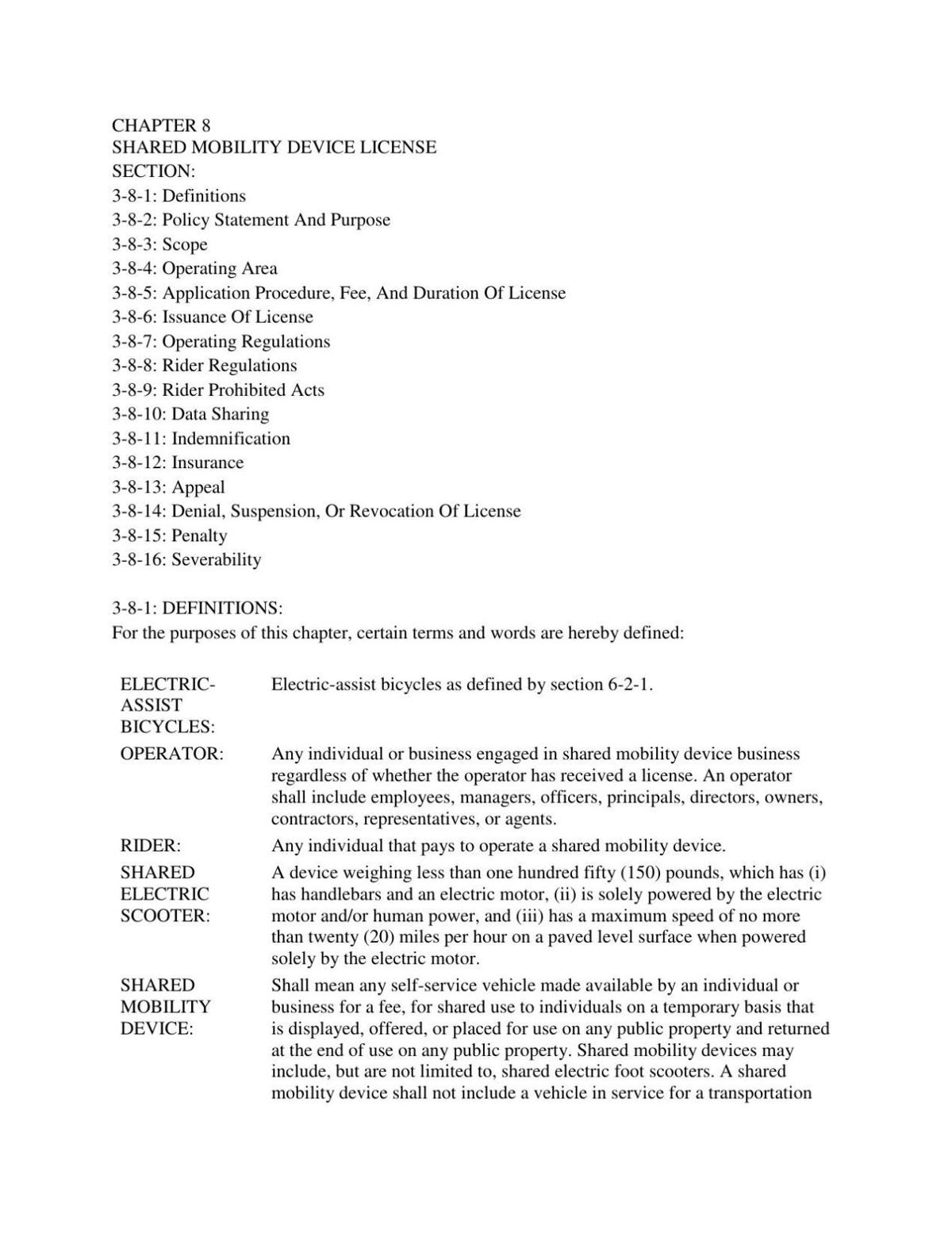 Craig Bennett Jr., the local manager for Bird, was on hand for a Monday afternoon work session on the amendments and, later, when they passed the council.

He claimed businesses didn’t like Helbiz’ scooter placement — a representative from Helbiz was not on hand at either meeting — and also laid blame for issues with riders illegally on sidewalks on the state of downtown streets.

“The injuries so far in the city of Waterloo are due to the quality of the roads,” Bennett said, adding he hoped the city would consider adding more bike lanes for scooter riders.

Morrissey asked Bennett if the app currently required riders to scan in a driver’s license. Bennett said it didn’t, but had that capability.

Bennett said Bird also is “working towards adding puzzles to start our rides, to deter drunk operators from getting on,” he said. “We’re constantly trying to adjust, and making it safer for everybody.”

Council members want to hear from a Helbiz representative in a future work session, as well as from police on how best to enforce the ordinance.

“This is a new program for us and we’re learning as we go,” said at-large Councilor Sharon Juon.

WATCH NOW: The Bird is the word for a downtown Waterloo scooter adventure

Another 100 Birds are scheduled to arrive in Waterloo by the end of the week. As fun as this ride was, you can bet I'll be among those flocking to the new fleet.

The city will take more time to consider a new ordinance that would make sure food trucks in the city are inspected and licensed properly.

The Waterloo City Council will decide whether to award tax rebates for the next 10 years for the first new building in their University Avenue tax-increment financing district.

Helbiz scooters are pictured at the Riverloop Amphitheatre in Waterloo.

Jane Messingham, a board member for Main Street Waterloo, tries a Bird e-scooter during the program’s launch Tuesday.

Tavis Hall of Experience Waterloo tries a Bird e-scooter during the program’s launch on June 22 in Waterloo.