WATERLOO — The city is asking the council to approve a design and engineering contract for a fiber-optic network “throughout the community” as it prepares to eventually ask voters to weigh in on a municipal utility in Waterloo.

The City Council will discuss a professional services agreement with Magellan Advisors to design “a ubiquitous fiber-optic network passing nearly every household and business” for the Waterloo Communications Utility during its Monday evening work session.

A vote to approve the $2,449,452 design agreement is also on the agenda for the regular council meeting later that evening.

Magellan estimates 309 miles of fiber would be needed for the project, with $1.30 per foot for “any work over and above stated distances,” according to the company’s proposal. 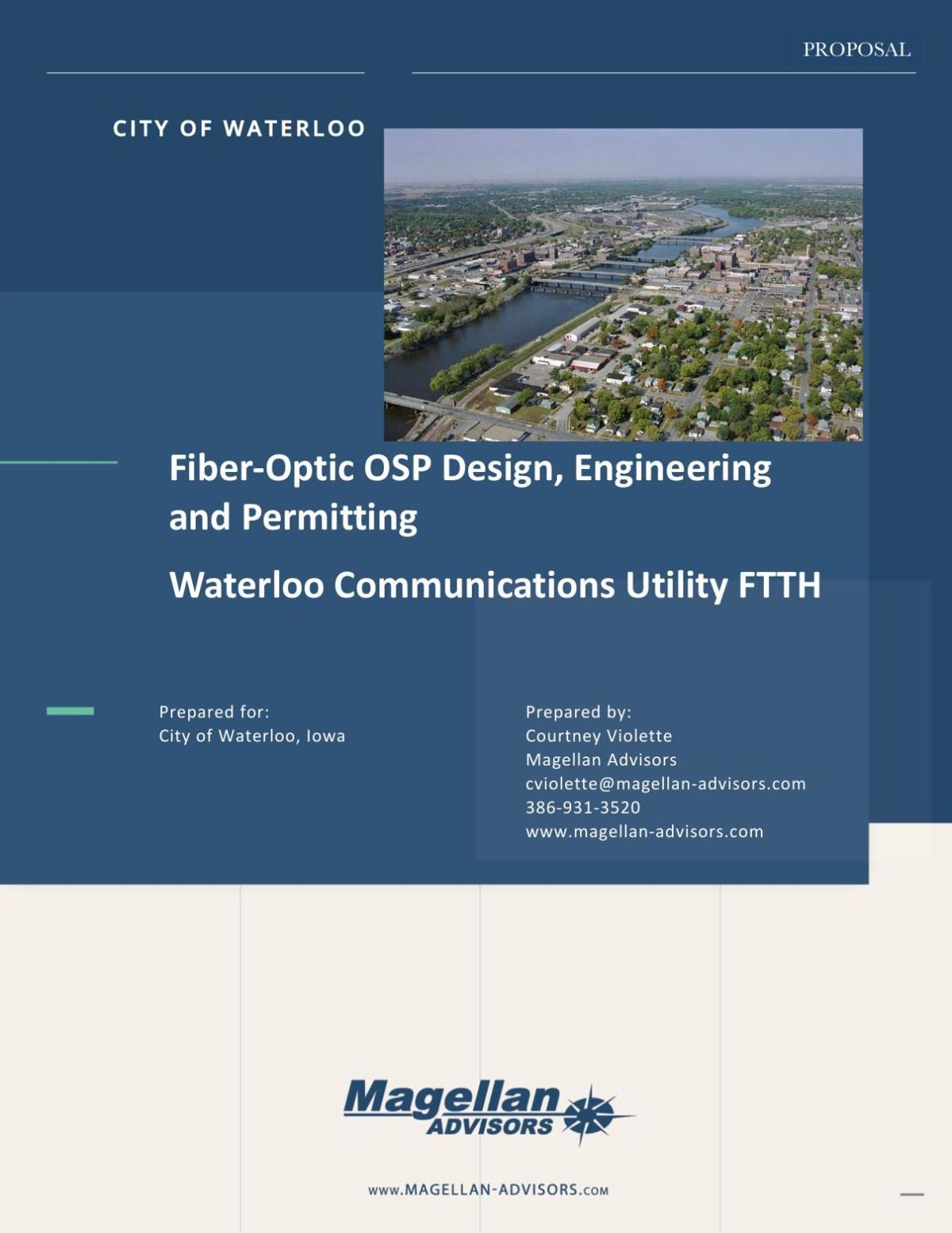 Waterloo voters approved the creation of a telecommunications utility in 2005, one of many cities in Iowa that didn’t take additional steps after a vote to build its own system.

Doing so will likely require voter approval to raise millions of dollars to construct the network. If approved, Waterloo would be the largest city in Iowa to operate a telecommunications utility, according to Troy DeJoode, executive director of the Iowa Association of Municipal Utilities, in a 2019 article.

The city took its first steps by commissioning a study from Magellan in 2019 to explore the possibility. The Waterloo Industrial Development Association and others had encouraged the city to consider a municipal utility to provide internet service to homes and businesses based on concerns about current providers Mediacom and CenturyLink.

A study commissioned by WIDA in early 2019 indicated it would cost $39.2 million to $65.3 million for Waterloo to construct a fiber-to-the-home system similar to one utilized by Cedar Falls Utilities.

The city noted earlier this year it is considering using American Rescue Plan funds, which can be used on broadband, to partially fund the network.

Magellan has already designed 73 miles of underground conduit and fiber infrastructure to monitor and detect emergencies in the city’s storm water and sewer utilities, which was completed this spring. Other public buildings and spaces are also being considered for fiber build-out prior to the full city.

Mayor Quentin Hart teased the plan at the end of his recent State of the City address.

Vision, leadership and broadband discussed at Waterloo State of the City address

"This is something our city needs so desperately -- we've lost businesses because we don't have the broadband needed."

Though Black Hawk County is receiving a sizable amount of money from the federal government — $25.45 million — supervisors are still mulling o…