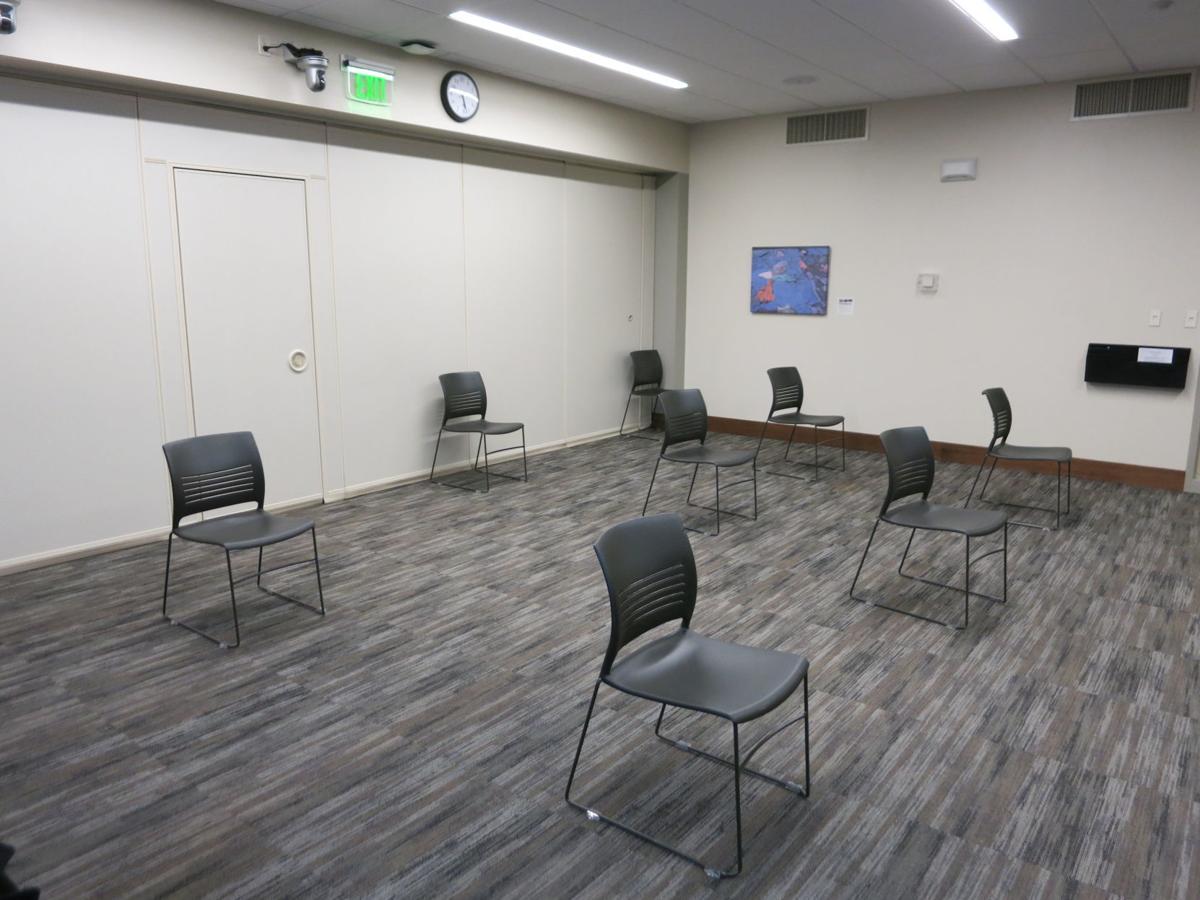 This was the surreal scene in Waterloo City Hall Thursday as the City Council adopted a budget and the audience stayed away to avoid potentially spreading the coronavirus.

WATERLOO — The threat of widespread disease loomed large as city leaders adopted a budget for the coming year.

They voted before a roomful of empty chairs as the public heeded calls to avoid community gatherings to prevent the COVID-19 spread. Four of the seven council members participated via teleconference for the same reason.

A key point of concern was the decision to spend $750,000 of the city’s $10 million in cash reserves to prevent an even larger tax increase.

“This is the most we’ve use in years,” said Mayor Quentin Hart. “But when you take a look at what’s currently taking place in the city — the fact that businesses and other operations are under some stress — it’s part of the decision to use the amount that’s there.”

Several council members were uneasy about spending the reserves given the threat of unexpected expenses due to the coronavirus pandemic. It could potentially boost overtime costs if many critical employees are sick or quarantined at once, for example.

“If we can minimize the amount we take out of this fund this year, because tomorrow we could be facing a huge bill and it’s out of our control,” said Councilman Dave Boesen.

Councilman Pat Morrissey voted against the budget after his proposal to hire more positions and boost funding in certain departments failed. His amendment would have offset those increases by raising fees and using even more of the cash reserves.

Councilwoman Margaret Klein voted against the budget after saying none of the proposals from the mayor or council members showed “leadership” and lacked courage given the economic hardship facing home and business owners.

“I think it is fundamentally immoral to raise your taxes in this time of fear and uncertainty,” Klein said. “It’s sort of like kicking you when you’re down as low as you can go.”

That drew a rebuke from Councilman Jonathan Grieder, who said Klein never presented her own budget.

“It is unconscionable that one of the members of this council during a global pandemic … did not offer any, any budgetary advice, did not come up with their own budget, did not talk to other council members about their budgets,” he said.

“It is sickening to me that we are having to listen to a campaign speech during a budget during global pandemic,” Grieder added. “That is unconscionable.” 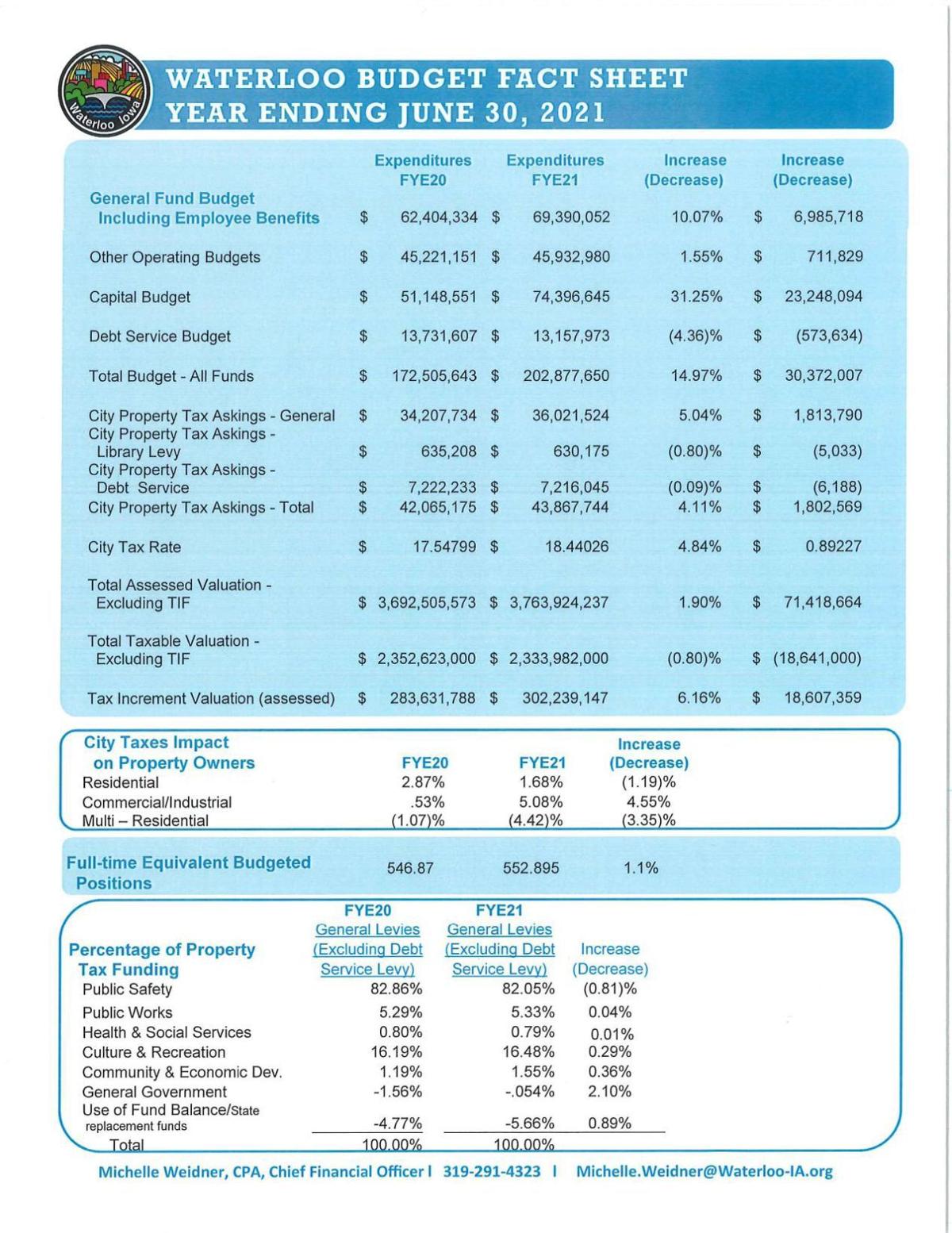 The city accounts for roughly 42% of the overall tax bill, while schools, the county and several smaller taxing bodies set their own levies.

Mayor Quentin Hart is calling for hiring delays, greater use of traffic camera fine revenue and spending cash reserves to limit the size of a potential property tax increase next year.

Waterloo has filed court documents defending its controversial "ban the box" ordinance designed to improve employment opportunities for those with criminal histories.

Waterloo is the only large Iowa city to see its taxable property values fall last year, creating more headaches as city leaders work to adopt a budget without a large tax hike.

Waterloo City Council members delayed a request for a Dollar General store near U.S. Highway 218 and Dysart Road after concerns were raised about traffic.

Some say, my words politicize a crisis, I say, addressing your worries at council meetings is a true example of representative government.

This was the surreal scene in Waterloo City Hall Thursday as the City Council adopted a budget and the audience stayed away to avoid potentially spreading the coronavirus.