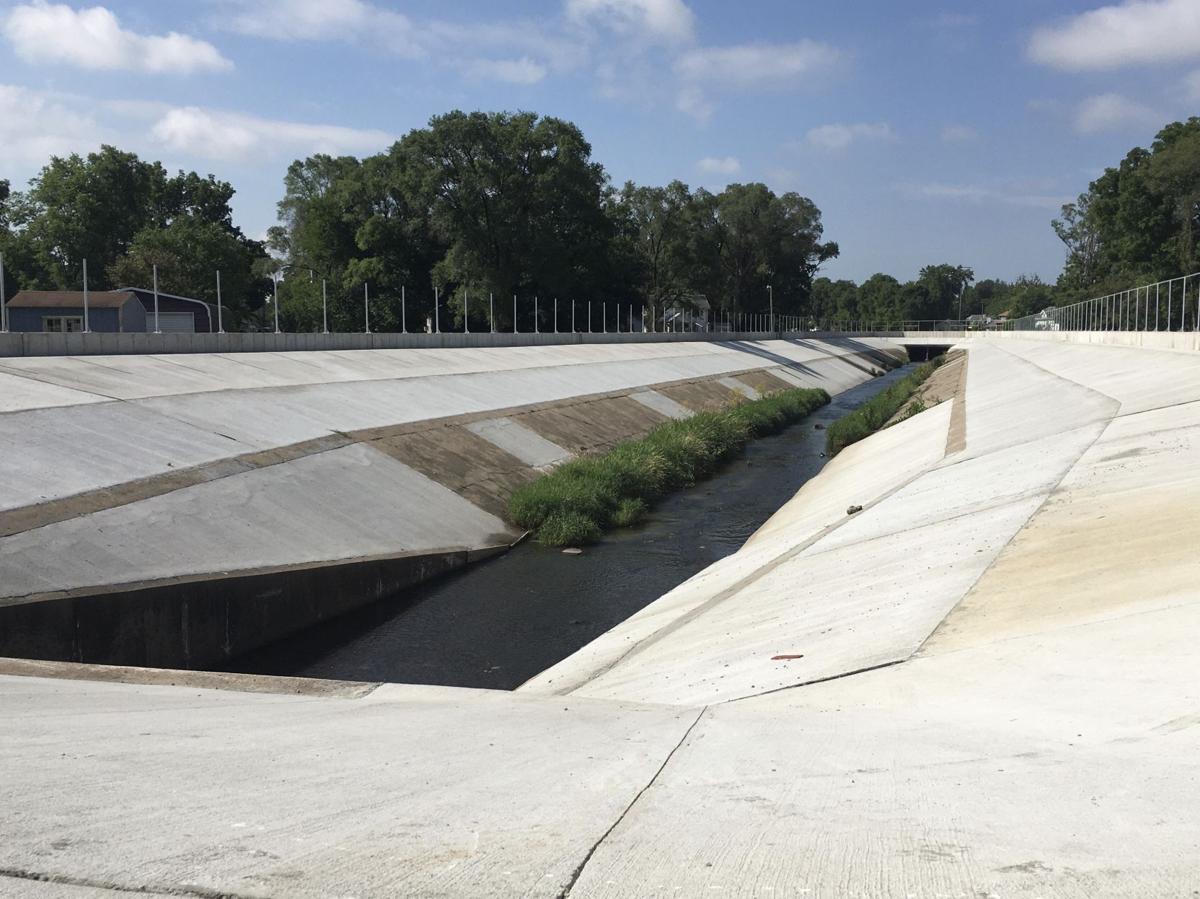 Contractors have finished raising the concrete Virden Creek levee from Parker Street to U.S. Highway 63, in the distance. 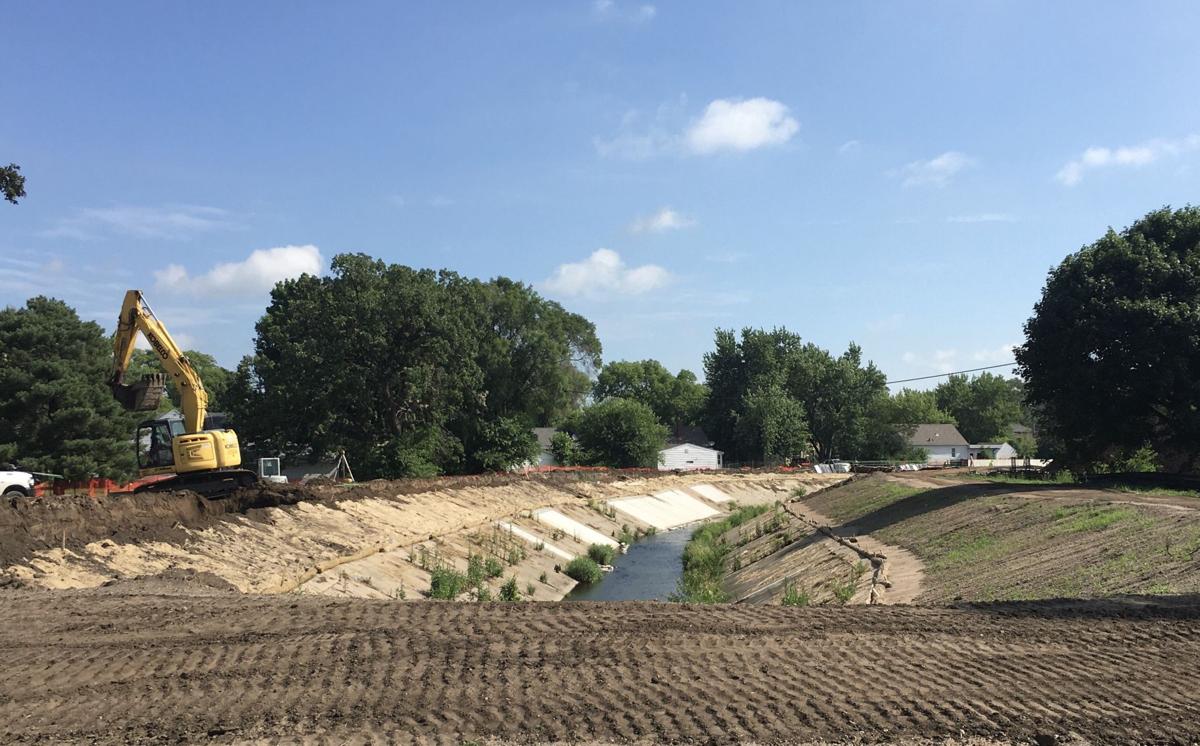 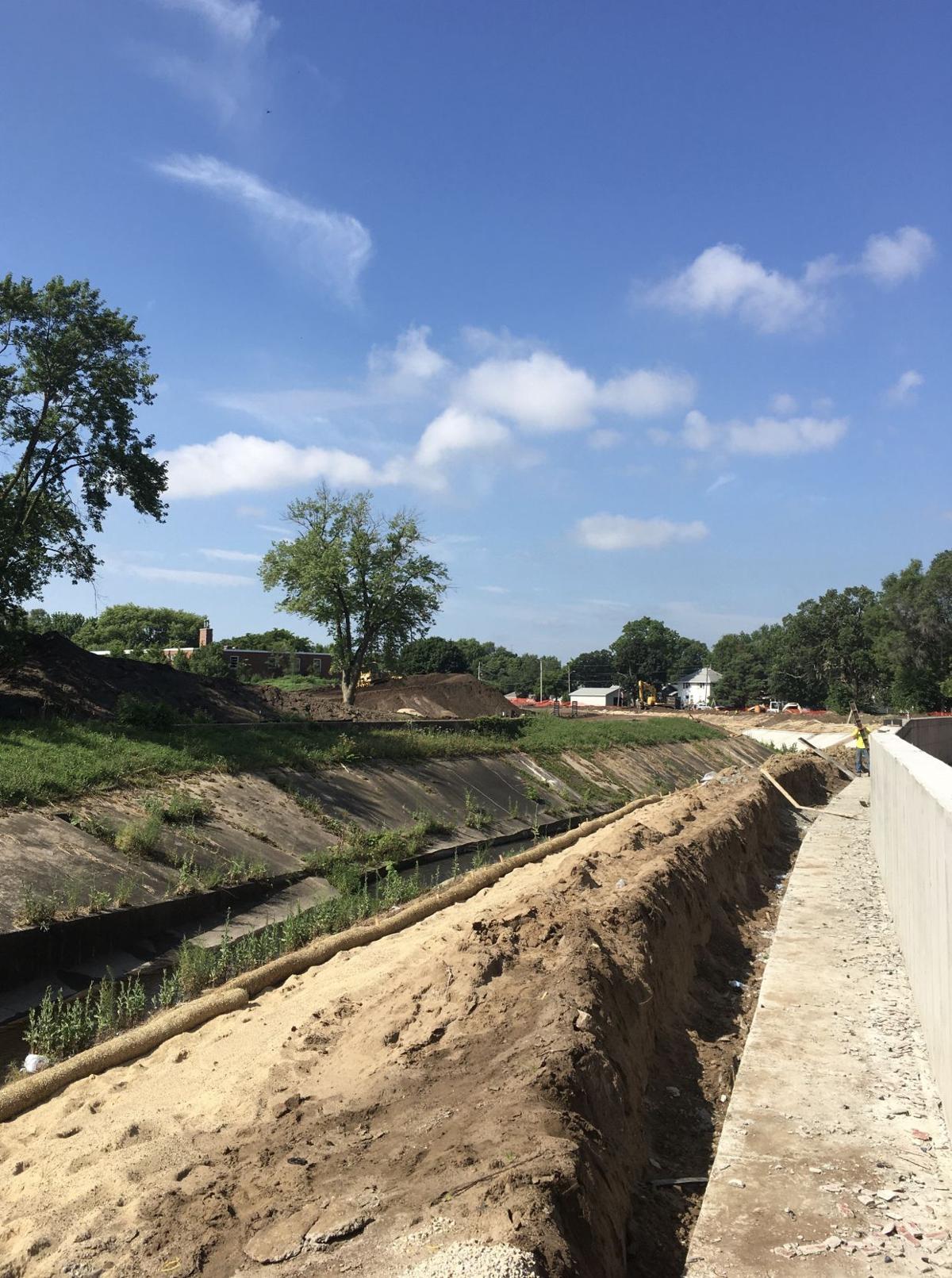 Contractors work to raise the Virden Creek levee in Waterloo. The project, shown here from East Fourth Street, also required razing the St. Mary's Church rectory, which previously stood on the left side of the area shown here.

WATERLOO — A major construction effort will keep hundreds of east Waterloo homes and businesses out of the flood plain.

The project has turned the quiet neighborhood around the former St. Mary’s Church and School into a bustling construction zone. But it’s a vital move to ensure the area is viable into the future.

Federal Emergency Management Agency officials has threatened since 2010 to remove the levee from the flood maps because it lacked a three-foot “freeboard.”

Decertifying the levee would place homes across the city’s northeast side into a flood plain. Most of those property owners would then be forced to pay for expensive flood insurance to get or keep a mortgage.

The bulk of the work is expected to wrap up before winter.

“We’re a few weeks behind because of weather, but we should still get substantial completion this year,” he added. “There may be some seeding and a few other areas that carry over into next year.”

The original Virden Creek levee was built in the early 1970s through an existing neighborhood after major flooding a decade earlier damaged homes.

There are additional flood control measures upstream and north of Waterloo, and the creek goes into an underground tunnel at U.S. 63 before emptying into the Cedar River near the Waterloo Boat House.

Tricon General Construction is digging into the existing levee five to 10 feet to put in footings and then pour the concrete flood wall in place.

The project also required razing the former rectory at St. Mary’s Church, because the long vacant and dilapidated building encroached on the needed levee system.

The finished channel will be entirely concrete, eliminating the previous condition where crews had to mow the inside portions of the levees.

Despite the industrial nature of the work, Castle said he believes the city and contractor “have had really good relationships with the neighbors” as the project progresses.

From the Courier archives: Videos of emergency workers and good Samaritans pulling off dramatic rescues in the Cedar Valley.

Two fishermen rescued a dog from the Cedar River near downtown Waterloo, Iowa, on Sunday, Feb. 5, 2017.

A man on a personal watercraft ran into trouble while traveling on the flooded Cedar River near Evansdale, Iowa, on Friday, Sept. 23, 2016. Cr…

An afternoon voyage ended in a rescue for a Waterloo couple July 2, 2015.

Raw footage of firefighters rescuing a driver from an overturned truck following a collision on Highway 218 south of Washburn, Iowa. April 1, 2014.

Communities in Louisiana come together after disaster

St. Mary's Church rectory to be razed for levee project

The priest's house at the former St. Mary's Church and School will be demolished by contractors raising the Virden Creek flood levee.

A new report found Waterloo had the best streets among Iowa's largest cities but could see them deteriorate without an influx of new money in coming years.

The city is moving forward with plans for free 10- to 15-minute "grab and go" parking spots to help downtown business owners who say the current parking meter costs chase away their patrons.

Contractors have finished raising the concrete Virden Creek levee from Parker Street to U.S. Highway 63, in the distance.

Contractors work to raise the Virden Creek levee in Waterloo. The project, shown here from East Fourth Street, also required razing the St. Mary's Church rectory, which previously stood on the left side of the area shown here.