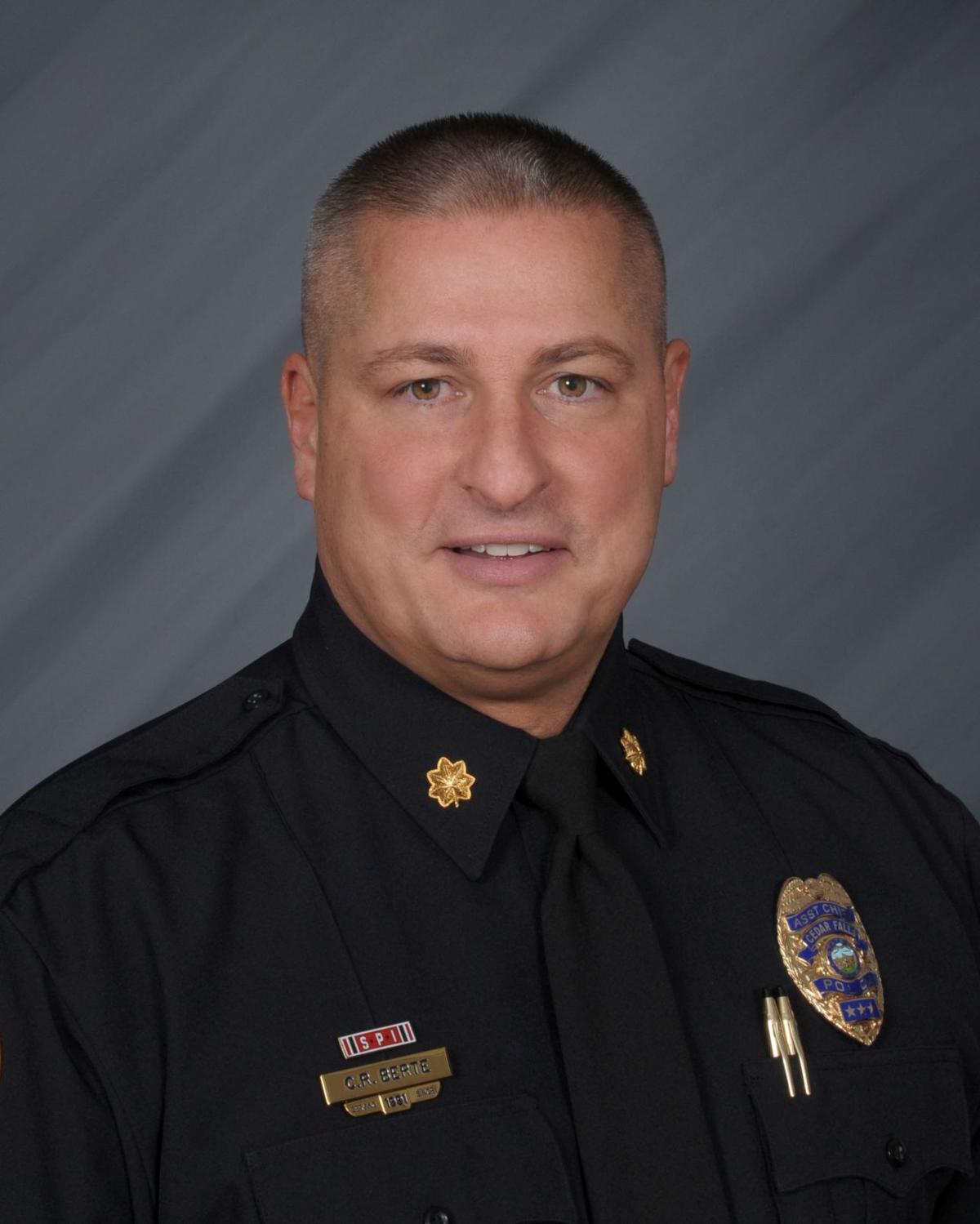 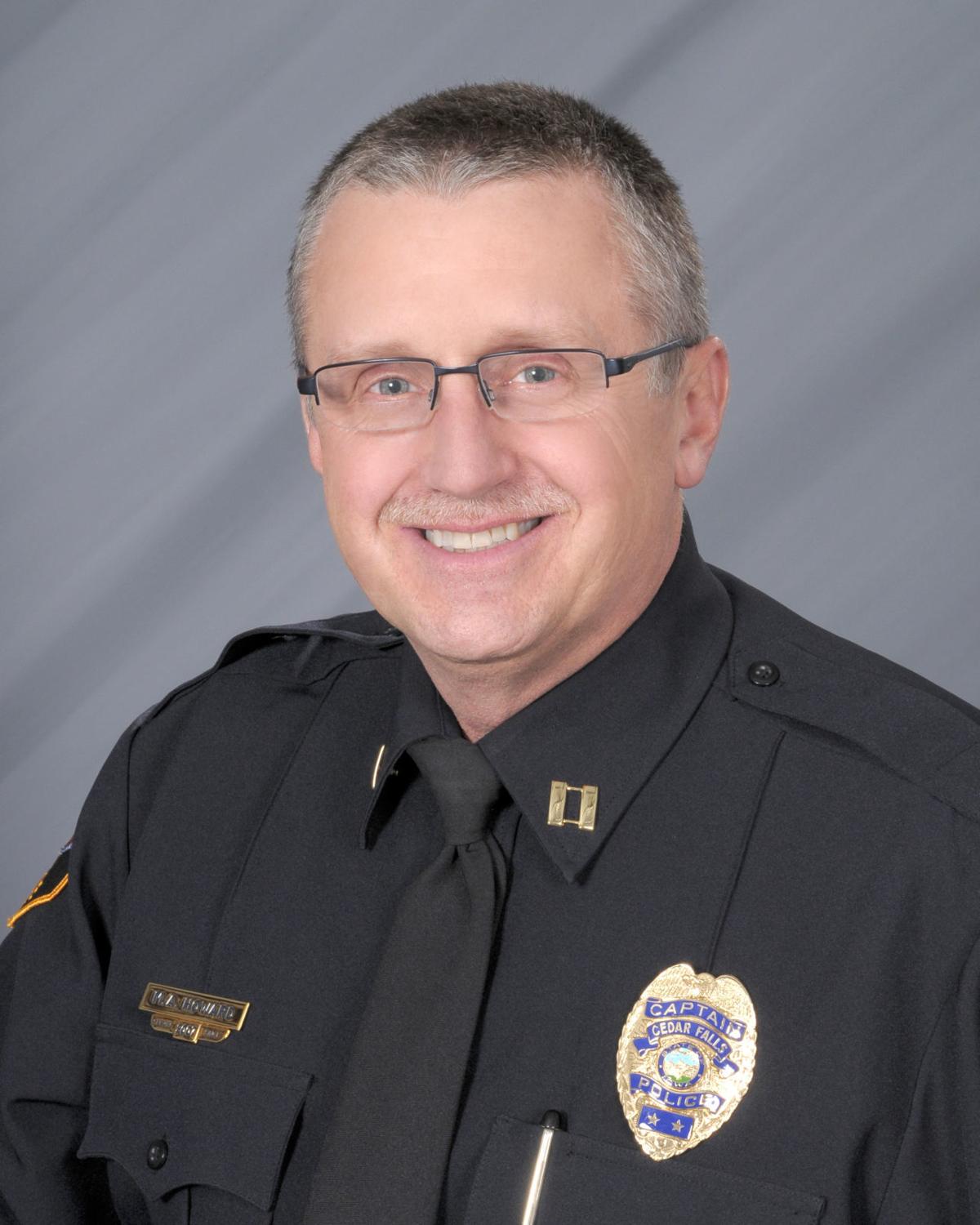 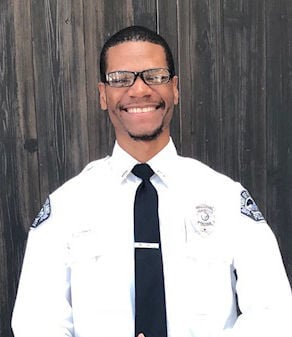 CEDAR FALLS — Finalists for the job of police chief talked in interviews with Mayor Rob Green about everything from law enforcement challenges facing the city to how they would lead its officers.

The individual interviews with the three candidates were first broadcast Friday morning by Cedar Falls Cable Channel 15 and will air a number of times through May 31. The recordings can also be viewed on YouTube and at wcfcourier.com.

Acting Police Chief Craig Berte and Capt. Mark Howard, both of the Cedar Falls Public Safety Department, are finalists for the position along with Lt. Derrick Turner of the Port of Portland, Ore., Police Department.

Green’s interviews, which included questions submitted by residents, took the place of traditional community meet-and-greet events as each person went through a day-long process during the past week with city and community officials.

“After taking in feedback from each of these groups about the candidates, I’ll send to the City Council a nomination for one of these finalists,” said Green. “The City Council will consider approving my nomination in the weeks ahead.”

Problems Cedar Falls has experienced with crime or disruptive behavior near its bars, particularly on College Hill, were a topic all three candidates addressed with Green.

“We live in an extremely safe community,” said Berte. “But we have an area near the college where we have a lot of alcohol-related activity in late hours.

“We want the Cedar Falls Police Department to be a deterrent to criminal activity,” he noted. As a result, police “mass our forces when we need them in those evening hours.” That includes hiring extra foot patrols and making “great investments” in cameras placed in the downtown and College Hill areas.

“We direct our officers to be very vigilant in those areas,” said Berte.

Howard, who supervises the nighttime third shift, agreed that the patrols and cameras plus additional lighting have made a difference. He also emphasized the importance of communication to accomplish some of that.

“After we started having a lot of problems in our bar districts, I reached out to our bar owners,” he recalled. Following a 2019 New Year’s Eve shooting near the University of Northern Iowa, he and the city administrator and public safety director scheduled a meeting with the College Hill Partnership. “We had probably 40-plus people show up.”

That resulted in the improvements. In addition “several of the bar owners reached out to me ‘Mark, we’ve got to get a loitering ordinance,’” said Howard. He helped write the ordinance that was recently adopted by the City Council.

Such involvement with businesses in the area is very important, said Turner.

“I think one of the challenges for Cedar Falls is the College Hill area,” he noted, including some people “who don’t live in the city” committing “nefarious acts” there. He talked about working with a variety of partners such as community members, businesses and city officials.

“Because with any issue in a community, we’re not going to arrest our way out of it,” he said. “We have to have buy-in and collaboration.”

Turner called himself “huge on collaboration with the community” and said such an approach will help strengthen the police force’s engagement with Cedar Falls residents. “I believe it’s continually updating and messaging and communicating with the community.”

That includes getting residents’ input “in how they want their police department run.” He believes “consistency and just doing things that I know work” will make a difference.

Berte suggested that the police “do a fairly good job” of engaging with residents now, but noted that greater visibility is one way to boost that. “Anything we can do to get out in the community, I’m definitely a fan of that,” he said. Among those are bike and gator patrols on the trails, joint bike patrols with UNI Police, and foot patrols downtown and on College Hill.

For Howard, strengthening community engagement directly ties into controversial department changes that allow public safety officers to serve in either a police or fire capacity.

“I think we need to work on our communication campaign with the department, let people see what we are,” he said. “We are still a very effective law enforcement agency along with the fire agency, and there’s a lot of miscommunication out there about the program we have going on.”

Initially, Howard was “absolutely against” a combined public safety department.

“I was allowed to go on a couple different site visitations. And then I was given the objectives of the program,” he said.

Those included increasing police and firefighter numbers while saving money, which “got my attention,” said Howard. “Now we need to set goals every year, strategic goals of how we reach these elements so we can show the public where we’re going is in their best interest.”

All three candidates agreed that, ultimately, police chiefs are accountable to the citizens. But the job requires balancing many interests.

“You’re the community’s police chief, so really you answer to the community,” said Berte. “But at the same time, you’re also the leader of the organization.”

He added that you need to be ready to do the job at any time. “Even as the assistant police chief, if I’m out in public and somebody knows my role you always hear their concerns,” said Berte.

While Berte and Howard are longtime members of the Cedar Falls police force, Turner said his interest is getting back into a department like this. He left the Kalamazoo, Mich., Public Safety Department in 2018 for a job with police services at the Port of Portland, which oversees that metropolitan area’s airport and marine activities.

“One of the reasons I want to come to Cedar Falls is it’s very similar to the area I lived in in the state of Michigan,” said Turner. “I miss the atmosphere of traditional policing, I miss the public safety model.”

In Cedar Falls, he added, “what I’ve seen is people take an active investment in the city. I like that, ‘cause that shows me that people care about the city, people want to see the city grow and prosper.”

Turner’s interview did not touch upon a widely-reported incident in 2017 when he was working in Kalamazoo. He briefly grabbed the neck of a person he was arresting. The man’s family filed a complaint, which was later sustained by the city’s police chief.

According to multiple media reports, Turner received a written reprimand for violating the department’s use of force policy. Turner declined to comment on the matter.

Olson, Cedar Falls public safety director, released an email comment following an inquiry by The Courier: “We are aware of this incident and have talked to the candidate about the incident,” he wrote.

Education: Master’s degree in public policy from the University of Northern Iowa; School of Police Staff and Command graduate at the Northwestern University Center for Public Safety in Evanston, Ill.

Experience: Officer with Waverly Police Department 1997-2007; Cedar Falls Police since 2007, has served as an officer, lieutenant; captain since 2017.

View the meet-and-greet broadcast on YouTube at bit.ly/Ch15CF or tune in to Channel 15 during these scheduled times:

Concerns over the coronavirus pandemic have cancelled the annual ceremony to honor fallen law enforcement officers.

Spike in can drive donations for front-line workers

A can and bottle drive to benefit nursing home workers during the coronavirus pandemic is going to be expanded for hospital workers and first responders because of a spike in donations.

The 39-year-old male was arrested at the scene.

Eight firefighters who are losing their jobs will have a route to other municipal employment after the Cedar Falls City Council Monday approved a task force's recommendations.

An additional $160,000 in federal funding is being received by Cedar Falls to help maintain affordable housing and keep people from becoming homeless in the face of the pandemic.